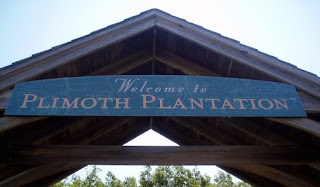 Plimoth Plantation is amazing. Amazing! I recently read Mayflower by Nathaniel Philbrick, and that book is what most inspired me to fly out here. So I had extremely high hopes for today...and I was not disappointed!

First, I walked to the Wampanoag Homesite.

While the staff was dressed in historically accurate clothing, they weren't playing particular roles (which they did on the next stop). But you can watch them build structures, make clothes, cook food, and tend to crops exactly as their ancestors would have done. 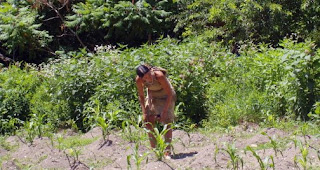 Inside one huge structure, you can sit around a fire on benches blanketed with fur. When I went in, this man was answering every question thrown at him with so much depth. I could've stayed and listened to him for much longer than time allowed. 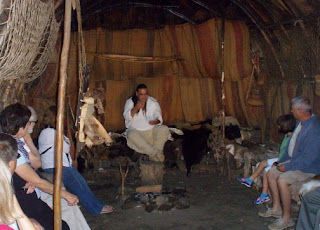 But I needed to move on and visit the 1627 English Village... 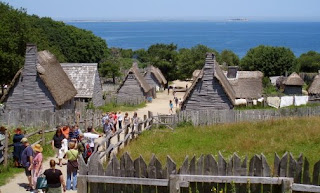 I suppose you could call it a museum, but it's more like historical improv theater...where the audience has free reign of the humongous stage. 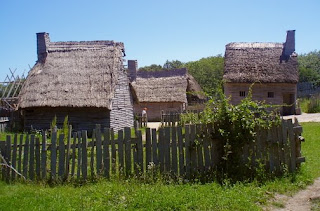 In the Village, like in the previous stop, you can watch them cook and build things. But here, everyone is completely in character (a specific historical person) the entire time. They're unshakable! 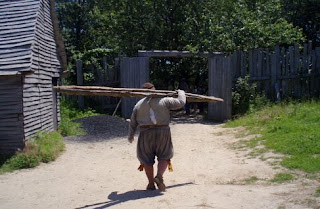 They'll tell you all about where they "came from" and funny stories about their "spouses" or how much fun "the wedding" they just attended had been. But they'll talk as if they'd never heard of putting quotes around words to signify that they're in on the joke.

They asked if I was thinking of settling nearby and then asked where I was from. California just did not register with them. 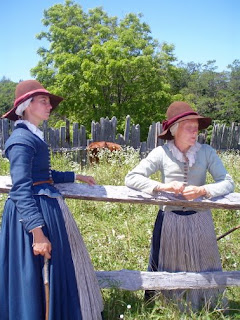 You can pull up a chair in their home and chat for as long as you'd like. 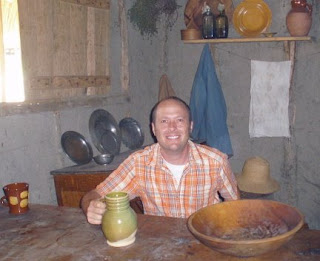 But someone will eventually put you to work...and there's a lot of dirt to sweep up. 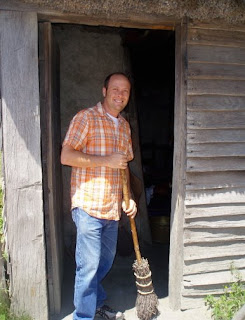 Then I hopped on a trolley and headed over to this structure. In a pit between the columns, sitting in dirt, rests America's original rock star! 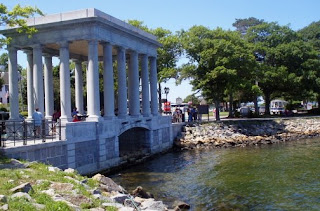 I seriously hope you knew where I was going with this. 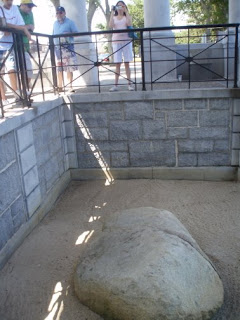 And docked only feet away is the Mayflower II, a full-scale replica of the ship which brought 102 men, women, and children to Massachusetts in 1620. Mayflower II was built in England and sailed across the Atlantic to Plymouth in 1957.

Notice the wooden flower on the back of the ship. Guess which flower that's supposed to be. 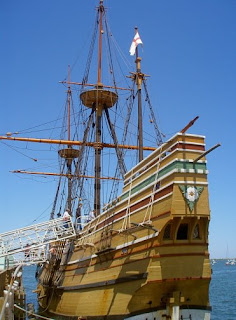 You can climb aboard the Mayflower II, where you'll find even more people dressed in period-clothes. They'll speak, very convincingly, of their recent sixty-six day journey to New England. 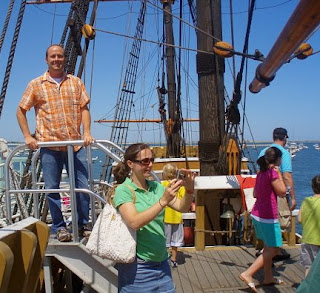 Between the plantation, the rock, and the boat, it's going to be hard to top today. But I still have one day left before I fly home. So what are my plans?