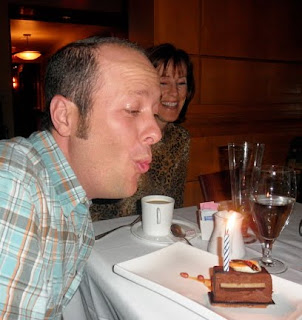 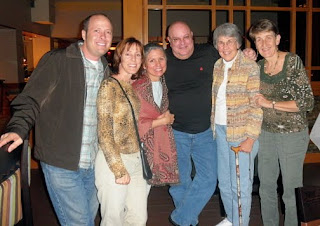 When JoanMarie and I got married, we wanted to go to Peru for our honeymoon. There was no way we could afford Peru, so we had a wonderful time camping and hiking in Yosemite National Park. But after many years of saving, we finally made our way south of the equator for two full weeks.

Upon arriving in Lima, this statue told us it was going to be a good second honeymoon. 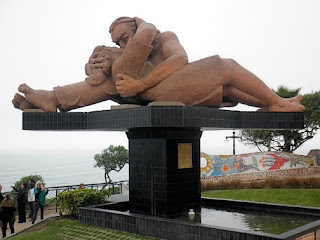 The next day, we were off to the Amazon. 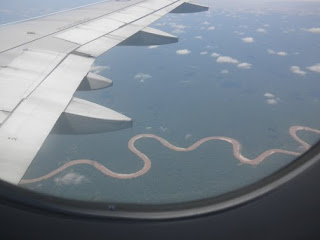 Here's where we slept for several nights, falling asleep to the sounds of the jungle. Those "Amazon Jungle" c.d.s are a lot more accurate than you'd think! 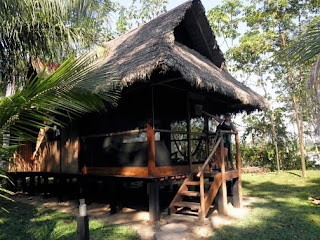 We took several guided tours into the jungle, learning about the many scientific uses of the plants hidden in there. We also saw a few types of monkeys, and both of us got bit by one fire ant each. 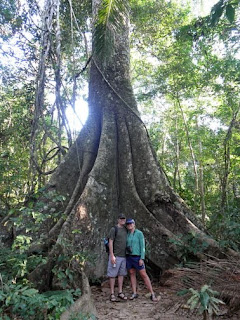 Then we hitched a ride for a few hours on a row boat. The scenery was beyond beautiful, and our guide was very knowledgeable, but he wasn't as funny as those guides on the Jungle Cruise at Disneyland. 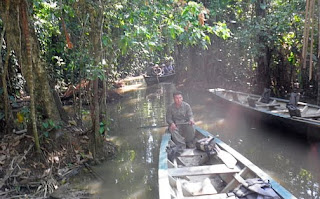 After looking at plants from the ground and from the water, we walked across several suspended bridges to see the view from the treetops. 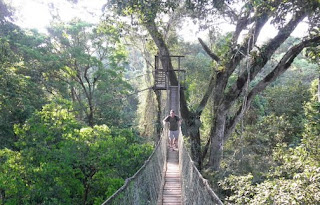 I'll admit, I got freaked out on the night hike. The centipedes? They were poisonous. The spiders? Big and hairy. 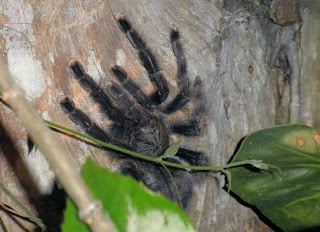 On the night cruise, the guide gave us a close up look of a caiman (in the crocodile family). 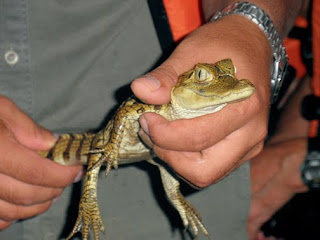 We mostly hung out with three couples while in the Amazon, all from interesting faraway lands. Israel. Australia. Tennessee.

But the main draw for us was Machu Picchu. The "Lost City of the Incas" far exceeded my expectations. Between the ruins and the scenery, it was the most beautiful place I had ever been.

And the company made it even better. 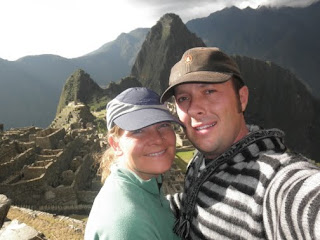 We just never knew who we were going to see walking around the corner. 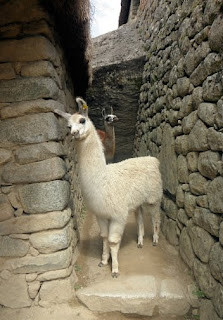 While hiking to the top of Huayna Picchu, JoanMarie just had to snap a photo of me stuffing my face with Doritos. 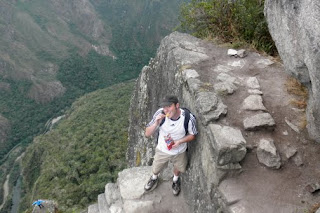 Throughout Peru, there are two things you'll find in almost every city. Ruins and cathedrals. I didn't expect to be in such awe of the cathedrals. Even the small ones had beautiful architecture with amazing art inside. 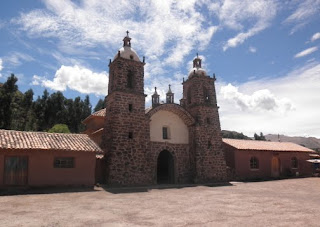 I had to take two different tours of the cathedral in Cuzco to feel satisfied. 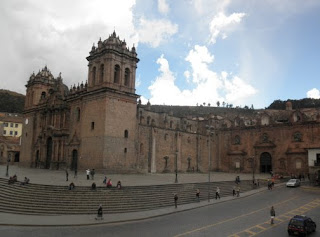 Many of the original uses of the ruins are still a mystery, as are the means of their construction. But the prize for Coolest Name goes to the ruins at Sacsayhuaman, which is pronounced a lot like "Sexy Woman" if you say it with a sultry accent. 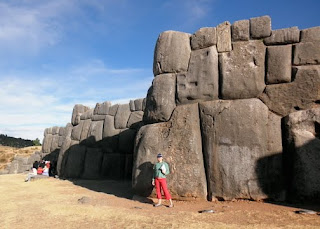 This tomb was not destroyed by conquistadors or grave robbers, it was toppled by lightning. 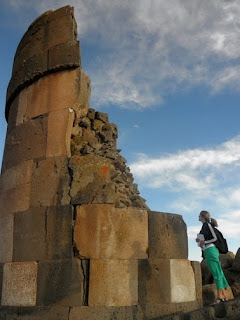 Some of the carved stones, I will admit, made me excited to get back to the hotel room. 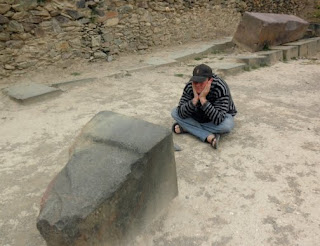 The natural environment made getting great shots almost too easy. 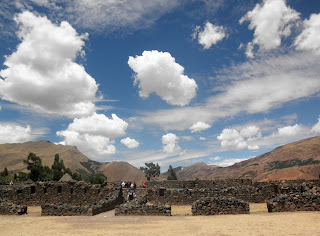 The cities, especially Cuzco, were just as good. 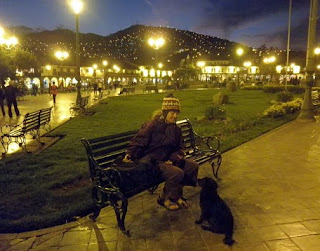 Visiting Lake Titicaca (okay, stop laughing) was amazing. There are dozens of families living atop the lake on man-made floating islands. The islands are literally bundles of floating reeds. 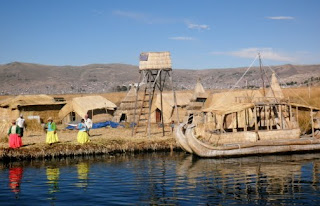 When you stand on the island and a motorboat goes by, you can see the ground slightly rise and fall. Sometimes two families will tie their islands together.

The people who live on the islands, in houses made of reeds, were very fun to hang out with. You may notice that there's a TV in the house below. Outside of the house is a solar panel to keep it running. 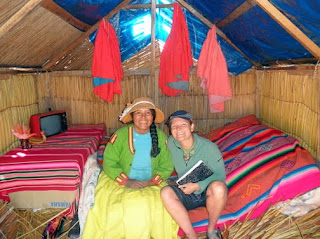 Nearing the end of our trip to Peru, we took a flight over the desert to view the mysterious Nazca lines. A person walking across the desert would not be able to see the huge figures carved into the ground. You can only see them from the air. So why were they made? How were they made? Those theories were some of the most interesting to discuss. 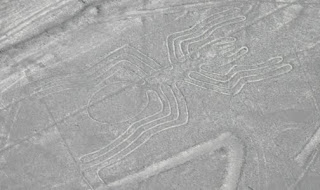 And here's the hummingbird. 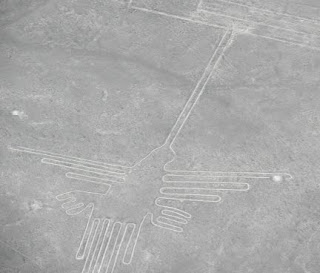 There were only ten passengers in our flight over the desert. If you go, the plane ride lasts about two hours and the pilots dip the wings left and right to give everyone the best views possible. The ride gets bumpy. It rolls from side to side. The plane drops and then rises. And so do the stomachs. On our flight, only two people got sick.

I was number one.

So I had to win back my manliness by showing JoanMarie how fast I could sandboard. Yes, sandboard...straight down the dunes. 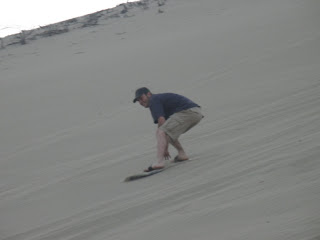 I took one gigantic spill when my board turned, my feet flew out of the straps, and my backwards sand-filled somersault launched me into the air for a moment. But the landing was soft...and JoanMarie whizzed on by. 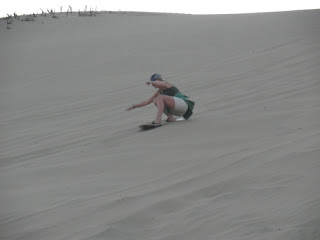 It was a great final outing for our time in Peru. 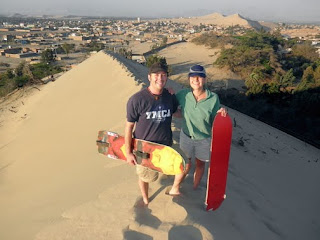 In a cafe at the Lima airport, waiting to catch our after-midnight flight back home, I thought I recognized someone walking by. Another writer. A writer I've admired for a long time and finally got the chance to meet last February in New York. And here he was again. In Peru! 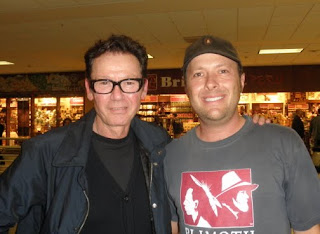 In case you wonder why your comments aren’t getting approved here, or your friendship requests aren’t being accepted elsewhere, my access to phones and computers will be severely limited for the next couple of weeks…and I couldn’t be happier!

JoanMarie and I are going to Peru. 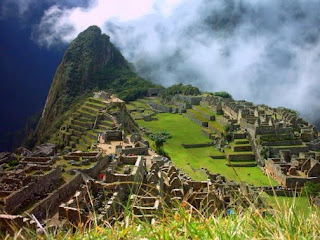 We’ll be sleeping in the Amazon, visiting Machu Picchu, and my 4th-grade self is already giggling at the chance to have my photo taken at Lake Titicaca. 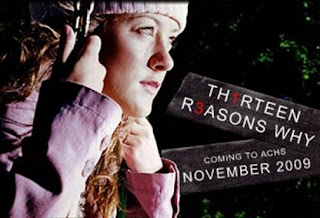 Teddy explained that the script is nearly complete and will take the audience past the novel's final chapter. Its 13 acts are expected to run 90 minutes in length. Auditions for the play's 21 characters begin next week, and the curtain goes up on November 12.
Posted by Jay Asher at 12:01 AM 20 comments: