Two Trailers and a Business Breakfast

Two fans sent me links to movie trailers they put together for Thirteen Reasons Why featuring Selena Gomez as Hannah. As you'll see, they both chose the same actor to portray Clay. But to head off any internet rumors (right, like that's possible!), let me be clear that only Selena has been cast as of this moment.

Because of the movie news, I was asked to speak for five minutes at this morning's San Luis Obispo Chamber of Commerce breakfast. A man sitting at the table behind me happened to film most of it with his phone, and since most of you have never heard me speak, here's a little glimpse.

I made a comment in the speech that it's a little odd to think my book about teen suicide is essentially set in the happiest town in America. Click here, to see what I was referencing.
Posted by Jay Asher at 2:00 PM 28 comments:

I recently purchased a box of 100 Slim Jims because I assumed they'd be snatched up like that at an event I was attending. But by the end of the evening, I found myself the owner of 97 individually wrapped Slim Jims.

There are so many stories about great food combinations that came about by happy accident. You've all heard the legend of the ice cream cone, right? An ice cream vendor suddenly ran out of bowls, but it didn't take long before a nearby waffle vendor came to his rescue.

So why not combine the sweet and spicy/salty goodness of two food-like substances which already seemed geometrically made for each other: Twinkies and Slim Jims! 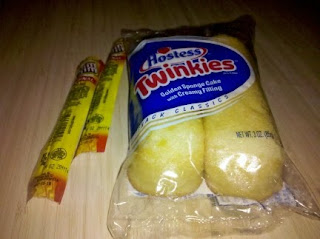 (Note: When experimenting with food-like substances, always check the "Best if used by" date to make sure the flavors are as fresh as possible. Of course, if the packaging doesn't include a year, then you're always good to go!) 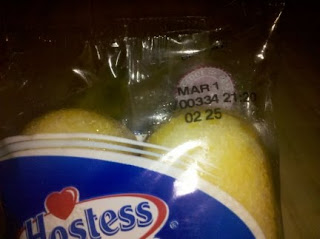 When constructing your Slinkie Jim, start with just one. You never know how your particular stomach will react. 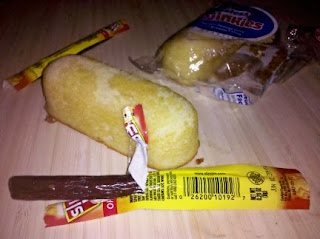 Since Twinkies are symmetrical, it doesn't matter into which end you decide to stick your Slim Jim. 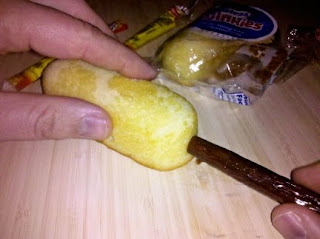 It may be difficult to push it in at first, but don't give up. 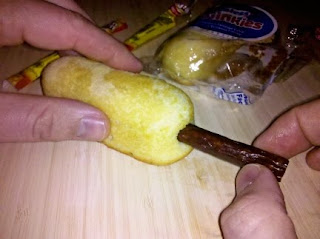 But if the Twinkie begins to split...STOP!!! 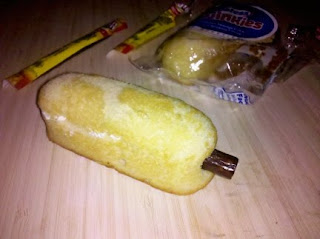 Surrounded by white cream and a golden sponge cake, the Slim Jim will no longer Snap! when you bite into it, so don't expect that familiar sensation. Remember, a Slinkie Jim is its own unique food-like product. 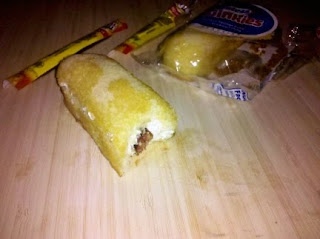 If you can stomach it, go ahead and try another bite (just in case that first taste was a fluke). 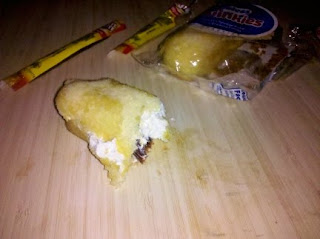 And if you don't believe in throwing food away (even if it's simply food-like), you may as well eat the rest. 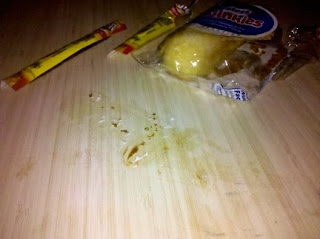 But don't eat any more than that.

Instead, run your greasy face under a faucet and do a strenuous 30-minute workout. Because seriously, what in the world were you thinking???
Posted by Jay Asher at 5:00 AM 15 comments:

Soon after the news broke, a fan sent me a movie poster she designed, which I think captures the tone perfectly. In fact, the setting and the look on Selena's face reminds me of a very specific moment in the book. 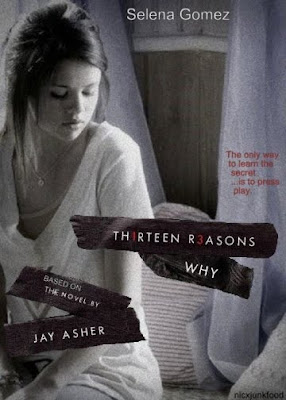 While I will definitely keep this blog updated with all future movie and book news, I decided to take the plunge and get a Twitter account so you can follow things there, too.

On Wednesday, someone named Angelica left the 13,000th review on ThirteenReasonsWhy.com. Thanks, Angelica! And that means four of the 202 people who left comments on last week's post will get an autographed copy of my book.

Meagan
Cass (Words on Paper)
Wendy V
Involuntary thinking
If any of you four haven't already heard from me, send an email to writejayasher{at}aol.com (but use the @ symbol instead). Just let me know where to send your prize and you can consider it sent.

(Winners were selected using Random.org. So if you didn't win, don't blame me!)

Thanks for commenting, everyone. There will be more chances to win free stuff in the near future.
Posted by Jay Asher at 12:05 AM 4 comments:

To honor this day of sharing the love, I wanted to share with all of you my absolute favorite love song. It's been my favorite since I first heard it, and was one of the first songs I learned to play on the guitar.

Happy Valentine's Day
to all of my
family, friends, and fans

(Check back soon! In the next day or so, I should be announcing the four winners of autographed copies of Thirteen Reasons Why.)
Posted by Jay Asher at 12:01 AM 7 comments:

In the summer of 2009, I bought the DVD of Disney’s Princess Protection Program. The guy behind the counter asked if it was a birthday gift for a daughter or niece. I wasn’t allowed to reveal the real reason I was buying it, so I simply said, “It’s for me.” And then I grabbed my bag and ran from the store.

By that point, several production companies had asked to buy the film rights to Thirteen Reasons Why. Some even wanted to begin production immediately, but there was always at least one thing that made me uneasy about selling the rights. Maybe I was being too picky, but I didn’t need to see my book turned into a movie to be satisfied.

Then my agent said an actress was interested in playing Hannah Baker. 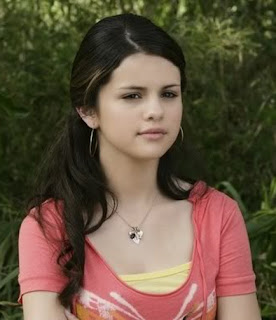 The only thing I knew about Selena Gomez was that magazines loved putting her face on the cover linking her to some teen heartthrob. So I watched a few episodes of her TV show, Wizards of Waverly Place, to see if I could glimpse any traces of Hannah Baker. Sure, Selena’s character was positive and funny (like Hannah when she first moved to town). And sure, Selena was pretty (which is how Clay described Hannah). But I needed to see more.

So I bought that DVD and my wife and I sat down to watch it. I will admit, we were skeptical. We assumed we knew Selena based on her TV series and the covers of Tiger Beat magazine. (Which is kind of sad, because isn’t my book all about the awfulness of stereotyping?) And while most of the movie was light and funny, there were absolute hints of Hannah Baker poking through – subtle expressions that reminded me of specific scenes in the book. It gave me the chills! Visually, for the first time, I could see pretty and optimistic Hannah slowly losing hope. But was it just me? When the movie was over, I turned to JoanMarie, who is just as protective of Hannah as I am.

“It gave me goosebumps,” she said. “You need to let her do this.”

Fine, so I was convinced Selena could become Hannah. But her July Moon Productions also wanted to produce the film. While I do understand why movies occasionally need to stray from the books, when they completely change the tone or don’t seem to understand what people like about the original story, things turn out bad.

So I met Selena, her mom, and a cousin at a sushi restaurant in L.A. 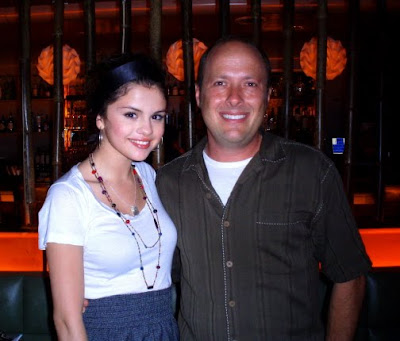 I have no idea why I agreed to meet them there because chopsticks are not my friends. We talked about music, books, acting, and what it’s like to grow up in front of a camera. (While it had nothing to do with imagining Selena as Hannah, it made me happy that someone so sweet and down-to-earth wanted to play a character I cared so deeply about.) And while I tried to keep the sticky rice from sticking to my chin and my sushi from crumbling in the sauce, she told me what she loved about the book and what she understood about Hannah’s character.

It’s always an eerie and extremely cool experience to talk to fans of Thirteen Reasons Why and realize that they understand everything I was trying to say. Selena is one of those fans. And because they wanted me involved (a definite rarity in Hollywood), I’ve since driven to L.A. several times for producer and screenwriter interviews, and I'm thrilled to have so many people involved who all share a vision for this movie. 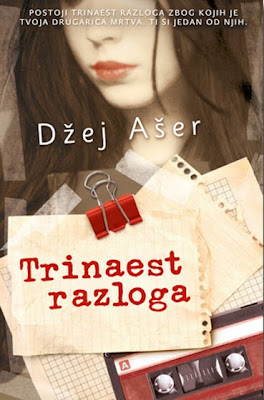 I love movies that begin with...


(Crank it up for the movie experience!)

Each time those rays of light peek over the horizon and the horns begin to play, the hairs on the back of my neck stand up. I love it!

And I can't wait to see the Universal logo play at the beginning of...

The
THIRTEEN REASONS WHY
movie!!!

Since the news just broke publicly, I had to rush this post so most of you would hear it here first and not flood my inbox with Is it true??? emails. (But you can find out a few more details right here.)

Yes, it's true. And no, I could not be happier with how this came about and the people who are involved.

Have you been to the Thirteen Reasons Why website recently? Along with the YouTube videos, Hannah's map, and podcasts, readers have been posting mini-reviews, and we're fast approaching the 13,000th review!

ThirteenReasonsWhy.com
In honor of that upcoming milestone, I'm giving away two signed copies of the book to two of my favorite people. And one of those people could be you!

At the end of the day that we reach 13,000, I'll randomly select two people who've left comments on this post. So check back, and when I announce the winners, I'll tell you how to give me your mailing address.

And now for the preview...

This summer, Thirteen Reasons Why will finally be coming out in paperback! If you haven't already seen the announcement at Publishers Weekly, check it out. The cover has been altered slightly, leaving Hannah on the swing while replacing the background with silver foil. I can't wait to hold this shiny baby in my hands! 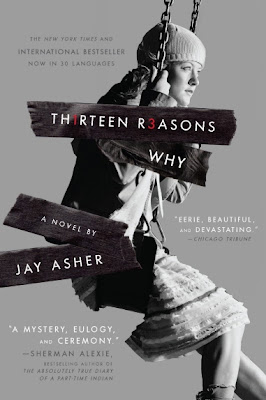 UPDATE:
Because a lot more people have been leaving comments than I expected, I'm going to double the amount of books being given away, so now there are four books up for grabs! And in case you aren't particularly strategy-minded, if you leave a comment here and at the above website, we'll reach 13,000 even sooner. And the sooner the contest ends, the less time others will have to enter it, making your chances even better.

Of course, I'm only saying this because I get impatient easily and I want to give the books to four of you right now!!!
Posted by Jay Asher at 3:45 PM 204 comments: