Browsing through the bookstore the other day, I came across Aprilynne Pike's latest novel. One look at the cover of Earthbound and I thought, "Hey! I know that girl!"

While brainstorming book covers, designers have so many factors to weigh. It should grab your attention, set the right tone, and hopefully raise some questions. If they're going to put a character on the cover, it also needs to express an aspect of who that character is. While scrolling through photos looking for ideas, sometimes they stumble upon a stock image or expression that strikes the perfect note. And while the main female in Earthbound (a supernatural romance) is very different than Hannah in Thirteen Reasons Why, there are relationship notes that tie them together.

From the flapcopy of Earthbound:


Tavia immediately searches for answers, desperate to determine why she feels so drawn to a boy she hardly knows. 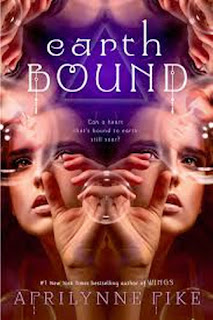 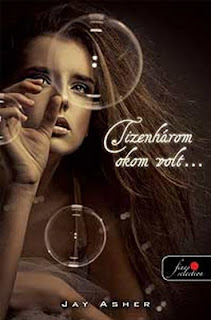 Another cool coincidence: In the U.S., Thirteen Reasons Why and Earthbound are both published by Razorbill.

To see another one of Hannah's literary twins, check out this blog post about a Jodi Picoult novel.
Posted by Jay Asher at 12:54 AM No comments:

﻿
According to Wikipedia (as of right now), a romance novel focuses on the relationship and romantic love between two people and has an emotionally satisfying and optimistic ending. A dystopian novel, on the other hand, is set in an utterly horrible or degraded society. Both genres, of course, include stories that stretch or poke holes in those definitions, and many novels use elements from both. If both genres include well written and emotionally complex stories, as they do, why is one often viewed as higher literature than the other? Essentially, it's just cynical versus sentimental.
When speaking at schools and libraries, I've been asked many times what my guilty pleasure reading material is. My answer has been the same for years. "Christmas romances!" (Actually, I never say it with an exclamation point, but with a sheepish grin while looking away.)
The novel I'm working on now focuses on the relationship and romantic love between two people, and I hope to give it an emotionally satisfying and optimistic ending. So I recently decided to spend a few days in Atlanta at the 2013 Romance Writers of America conference. I decided to feel guilty about this pleasure no more!
The hotel hosting the event was huge and architecturally beautiful. Here's the view looking up from the lobby. 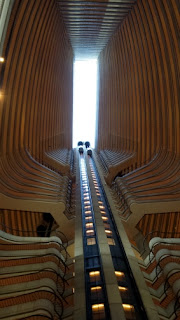 I believe there were over 2,000 attendees at this conference. To give you a sense of how many of them were men, here's inside one of our restrooms. 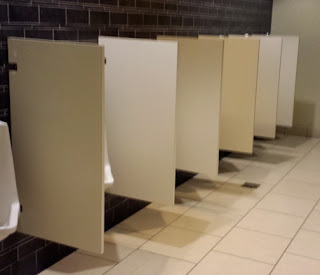 When I first got there, a massive signing with approximately 450 authors was in progress. On the plane ride over, I finished a story written by Fern Michaels in an anthology. My first autograph of the conference! 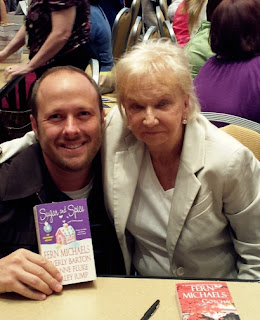 The first keynote speech was Cathy Maxwell. She told a heartbreaking story about her ex-son-in-law, which perfectly described the intense need many of us have to express ourselves through art. 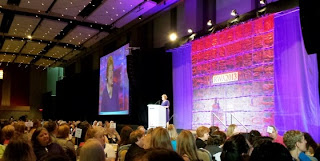 At one of the workshops I attended, Nora Roberts described her exhilaration at having received an email from Stephen King. At the mere mention of Mr. King's name, the lights in the room immediately dimmed. (Fuh-reaky!) 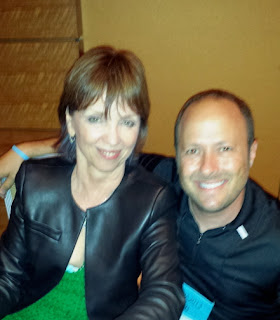 After getting a book and an anthology signed by Ms. Roberts, I also had the anthology signed by two other contributing authors, Ruth Ryan Langan and Mary Blayney. It was an amazing moment for me when Ms. Blayney, after noticing my nametag, told me she loved Thirteen Reasons Why. 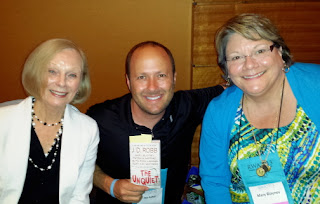 At another signing, I met another author who'd read my books. (Maybe this shouldn't always be so shocking, but it is!) This September, Kimberly Kincaid has a story coming out in a Christmas anthology. And guess who'll be buying a copy. 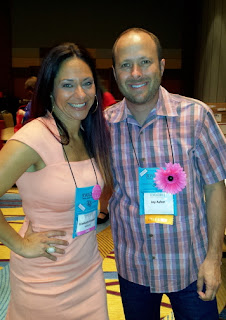 There were also a lot of YA authors at this conference, both published and pre-published. Unfortunately, I was having so much fun talking to them, I kept forgetting to take pics. For example, at my first dinner in Atlanta, I met up with Romily Bernard, whose upcoming debut (Find Me) I'd started reading the night before. I sat beside Cecily White (Prophecy Girl), whose book club will be reading Thirteen Reasons Why next month. 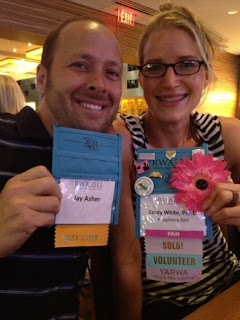 I sat with Marni Bates (Invisible, etc...) during one of the lunches. She also has a book out called Decked with Holly. Guess who'll be buying a copy. 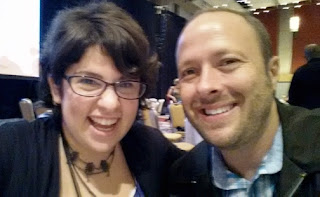 I went to dinner at a restaurant called Pacific Rim (no relation to the movie) with Shaunta Grimes (Viral Nation), Ally Carter (Heist Society, etc...), Carrie Ryan (The Forest of Hands and Teeth, etc...), Tracy Clark (Scintillate), and Jason Roer (filmmaker, future author, and my conference roommate!). I don't know how I haven't run into Ally or Carrie before, so this dinner felt long overdue! And it was great to share the evening with Shaunta, whose book is only two weeks old. As for Tracy and Jason, we go way back. Or...up!

I met Huntley Fitzpatrick (My Life Next Door) after being introduced by her friend and keynote speaker... 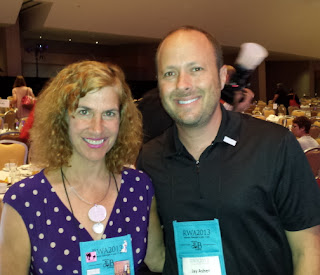 Kristan Higgins. Her presentation was probably my favorite keynote I've heard over all of the conferences I've attended. It went from hilarious to touching to heartbreaking and inspiring. When I speak, I often share emails (anonymously, of course!) from my readers to show that people read books differently based largely on their own experiences. In her speech, Ms. Higgins used words from her readers to show how powerful and important this genre can be. 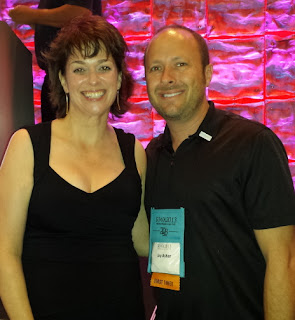 Here I am with Sarah MacLean and her RITA award. Maybe in a couple years she'll take her photo with me, and I'll be clutching one of those. (Don't laugh! It's not like a guy's never won a...wait...have they?) 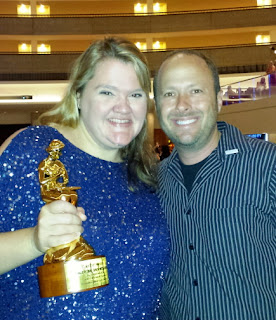 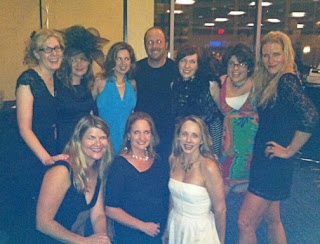 Thanks for a great first time, RWA! I labeled this post Part 1 because I'm sure I'll be back.
Posted by Jay Asher at 2:09 AM 1 comment: