The book has finally been announced and the cover revealed! Read the Publishers Weekly exclusive by clicking here. 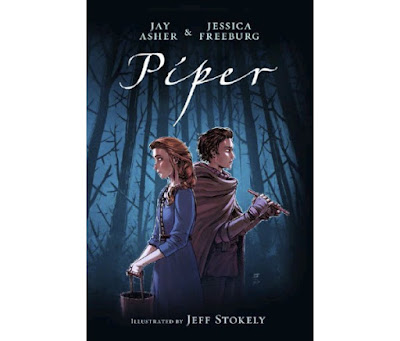 Piper, a graphic novel written by Jay Asher and Jessica Freeburg, illustrated by Jeff Stokely, will be released by Razorbill (an imprint at Penguin Random House). The following is a photo-illustrated conversation between Jay and Jessica regarding the history of this collaboration.

JAY: You and I met when you invited me to speak at a regional SCBWI conference, but we connected over a love of dark and eerie stories.

JESSICA: Right, but that was not the first type of story we collaborated on.

JAY: No, we first wrote a screenplay about adults reliving their childhood moment of glory. We even did a read-through of the script at your house, with your friends and parents and husband all taking roles. It was hilarious!

JESSICA: Well, we thought it was.

JAY: I still think it worked. It just could have worked…better.

JESSICA: So we decided to find an idea that was dark and eerie. You were on a layover in some airport and called me to brainstorm.

JAY: There was one legend both of us had always loved, yet never got the cinematic treatment it deserved: the Pied Piper.

JESSICA: There was that old movie we found online where the Piper gleefully twirls around the village, which was anything but dark and eerie.

JAY: But it was disturbing! 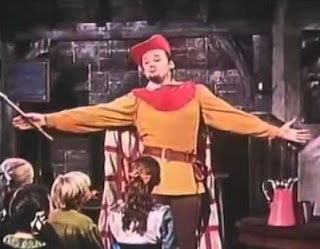 JESSICA: We knew we had to tell that story, but in a way that merged our strengths as writers. You love writing characters with complex relationships.

JAY: And you'd already done a ghost story, but were currently writing a nonfiction book.

JESSICA: With Piper, it helped that we’re both research geeks.

JAY: To be honest, I don’t think I did this much research on anything in college!

JESSICA: Didn’t you drop out of college?

JAY: So anyway… We came up with the premise, a relationship the Piper gets into while ridding the town of rats. And while we added characters and storylines, we really wanted the traditional legend to remain intact.


JESSICA: Because the legend worked—it had a perfect amount of creepiness—but it also had unanswered questions. So that’s what we filled in, making the story larger, while preserving the history.

JAY: I remember thinking, “I should have paid attention in seventh grade when we learned about European feudal systems.” But I couldn’t imagine ever needing to know that stuff!

JESSICA: Lesson to our readers: Pay attention in class!

JAY: To keep the story accurate, we even reached out to one of my longtime readers in Germany, Rene Kissien, when we hit roadblocks or needed things translated. He contacted people in Hameln (yes, that is the correct spelling) and had them send photos of specific things for us, including a page from a book with the first mention of the Pied Piper. 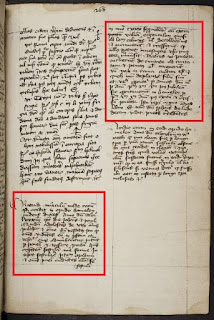 JESSICA: A visual touchstone for our story was Tim Burton’s Sleepy Hollow. That’s why we initially thought of a screenplay. We really wanted to see this and not just read about it.

JAY: Or, we wanted other people to see it and not just read about it.

JESSICA: Right, and since our first attempt at a screenplay was fun but never made it to the big screen, we approached Razorbill about doing it as a graphic novel.

JAY: And they said yes! They’d never done a graphic novel, but loved the story and wanted to make it work.

JESSICA: We collected graphic novels with illustration styles we thought could work. We were going to leave the artist selection up to Razorbill, but wanted to show them how we envisioned it. I remember going to my library and texting you photos of graphic novels with a creepy-cool style.

JAY: But we knew there were artists we were overlooking, so I went into a local comic book shop, Dr. Cain’s Comics and Games, and gave the basic premise to the owner. Reid Cain gave me a few suggestions, including a name he thought could be perfect. He handed me an issue of The Storyteller Witches, with illustrations by Jeff Stokely. Immediately, Jeff’s style shot to the top of my list. And, I learned, he lived only fifteen minutes from me! 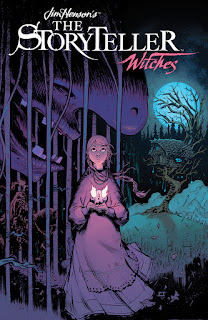 JESSICA: When you sent me photos of that book, I ran to my library and got a copy, and he immediately became my first choice, too. And he didn’t live anywhere near me!

JAY: Razorbill narrowed their list of artists to around five people, including artists in other countries. But you and I had our fingers crossed for Jeff. And we got him!

JESSICA: And then you got to meet him before me, which was totally unfair. 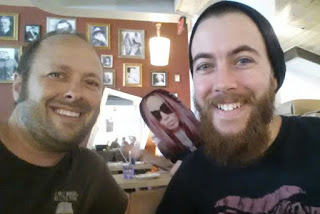 JESSICA: Cute. Anyway… Jeff turned out to be the perfect illustrator for this. Didn’t he say he had specifically been wanting to do a project on Germanic folklore?

JESSICA: Then we went to New York and met the crew at Razorbill who would be working on this project. I mean, you’d met most of them already, but not all of them. 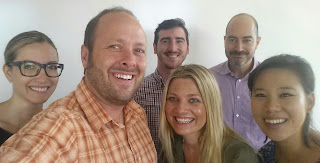 JAY: But the initial reason we were there was because you’re the founder of an awesome paranormal investigating group, Ghost Stories Ink, and somehow got permission to do an after-hours investigation of the Morris-Jumel Mansion, which has an incredible history. Tiff, who was working on Piper, even joined us because she’s into spooky stuff, too! 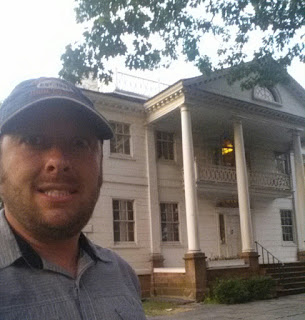 JESSICA: It was definitely a unique way to get to know one of my new editors. She and I shook hands in front of a haunted mansion, then I did a K2 sweep of the location and explained the best way to capture EVPs.


JAY: I’d gone on one other investigation with your group, but this one was way more intense!

JESSICA: Soon after that, you came back out to my neck of the woods and…

JAY: Oh, right, I gave a presentation at the place where you work. That was fun! 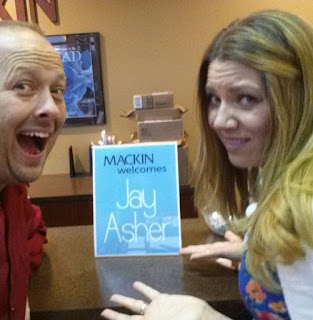 JESSICA: I wasn’t talking about that. But, yeah, everyone was so excited that “Jay Asher’s coming here!?!?” Umm…hello! I’m there every single week! But…fine. Whatever.

JESSICA: What was really fun was borrowing a rat so we could take photos fitting for our upcoming book. 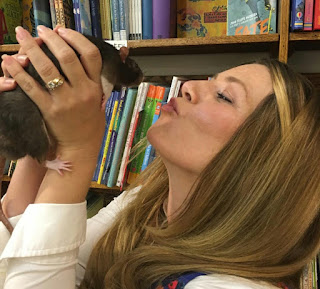 JAY: What? That was not fun. 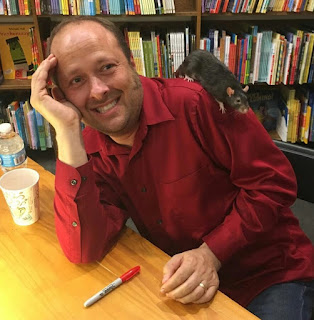 JESSICA: It was fun for me! Except when he peed on my hand and I accidently got his tail in my mouth.

JESSICA: This entire project has been a blast, from start to finish.

JAY: And now we can finally talk about it! Yay!

JESSICA: You know what’s going to be the funnest part of all?

JAY: Funnest is not a word.

JESSICA: The funnest part is going to be when people can actually read it!

JAY: And it won’t be long. People will be able to read it for Halloween!

Long ago, in a small village in the middle of a deep, dark forest, there lived a lonely, deaf girl named Maggie. Shunned by her village because of her disability, her only comfort comes from her vivid imagination. Maggie has a gift for inventing stories and dreams of one day finding her fairy-tale love.

When Maggie meets the mysterious Piper, it seems that all her wishes are coming true. Spellbound, Maggie falls hard for him and plunges headfirst into his magical world. But as she grows closer to the Piper, Maggie discovers that he has a dark side.

With striking illustrations from Eisner-nominated artist Jeff Stokely, mixed with Jessica Freeburg's work on historic and legendary horrors, Piper is an exciting new departure for Jay Asher that deftly touches on the same themes of truth, guilt, and redemption that made  Thirteen Reasons Why a beloved bestseller.