I want everyone to read my next book. But I'll be plenty happy if the only people who read it are those who want a story exactly like the one I wrote. (Although, I do think the world would be a better place if everyone read it, which I feel morally obligated to say.)

The most important job of a cover is to grab the attention of someone looking for a story like the one behind that cover. A good title helps, too, which is why I'm glad we settled on What Light over my other ideas.

Until I publish something illustrated (just checked, and I can't say anything...yet), one of the most exciting parts of having a book in production is seeing the cover. With What Light, my publisher offered five potential designs. I went back and forth between two. When I showed all five to some people I trusted (friends, authors, librarians...), none of them agreed with me. What they kept landing on, whether they knew the premise or not (I wanted both perspectives) was this: 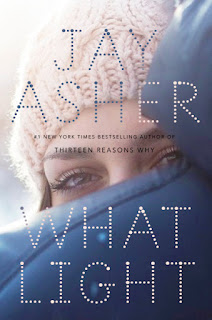 I liked that one, but didn't love it. When they told me what they liked about it, I understood, but imagined myself giving a presentation at a school or library, excitedly showing the covers of Thirteen Reasons Why and The Future of Us, and then casually putting up What Light.

So, how could I tweak that cover to become one I loved? Thankfully, it was winter, and as I was strolling downtown, I came across this poster in a store window: 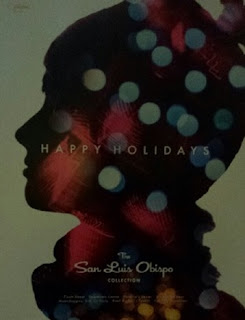 I snapped a photo of it and emailed it to my publisher and editor. Based on their lukewarm reaction, I didn't do a good job describing how I thought the cover could be enhanced by adding light "flares" or "bursts" or "shimmers" (or whatever I called them). But I was determined to show them.

To repeat myself, it was winter. That meant I didn't have to climb into the attic to fetch a string of Christmas lights. I could simply remove them from our tree! Then I loaded the original design onto my laptop, plugged in the lights, and snapped a photo that included reflected light flares/bursts/shimmers. 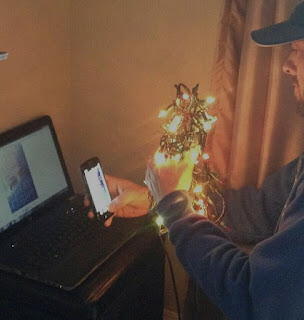 I emailed them the following: 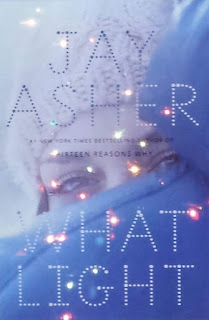 Now they understood! And they sent back this: 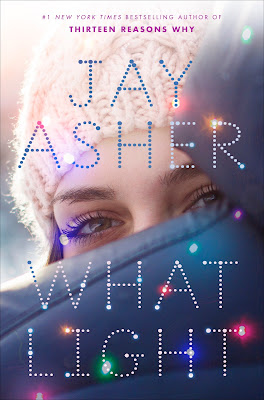 Thank you, Theresa Evangelista, for working on this beautiful cover! It looks and feels exactly like the story I wrote.
Posted by Jay Asher at 2:15 PM 1 comment:

Greenville, South Carolina. When I announced I was going there to speak at a teen book festival, people piled on the praise for how beautiful it was. And...they were right! The first thing I did when I arrived was head to the most recommended spot, Falls Park. 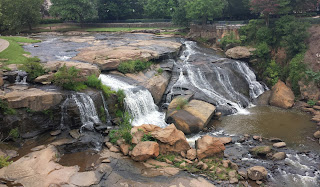 The morning of the conference, I strolled their Farmers' Market. 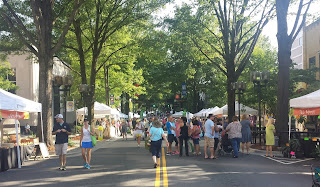 Beautiful. Cozy. And the conference itself? Amazing, for so many reasons!

This was the first Read Up, Greenville festival, and I have no doubt it will continue on. It needs to! These teen book festivals are popping up around the country, keeping people inspired to read at a critical time in their lives.

Thankfully, I get to be inspired, too!

I got to hear a keynote from Holly Goldberg Sloan, an author who's also written some great screenplays. 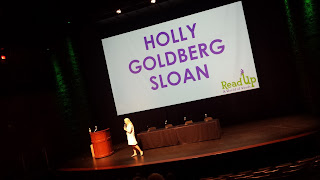 I finally got to hear the powerful presentation of Jason Reynolds and Brendan Kiely for their book, All American Boys, after following their travels online for the past year. 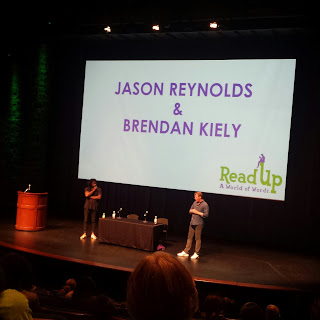 I also had the opportunity to sit on a keynoters panel with the three previous authors because I gave the first keynote of the day. 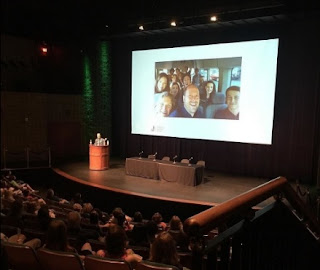 When not speaking myself, I heard some other great panels. Something I thoroughly enjoy about YA panels that I rarely see with other authors is the back-and-forth dialogue and camaraderie among the panelists. One of the best examples occurred at this conference with Jessica Brody, Susane Colasanti,Stephanie Perkins, and Will Walton. I'd met Jessica and Stephanie at various events over the years, and they're always a couple of the authors I most look forward to seeing. It was great to see Will again after meeting him a couple years ago right after he sold his debut novel, Anything Could Happen. And now I got to buy a copy and get it signed! 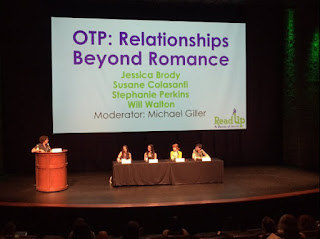 But I'd never met Susane before, and was a little intimidated because she's basically royalty when it comes to YA love stories, and I happen to have one of those releasing in a couple months. So to find out she was hoping I could spare an advance copy of What Light? So! Frickin'! Cool! 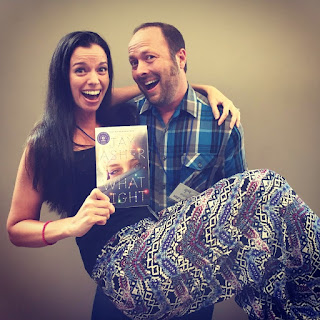 Another very fun and informative panel featured people who work at Penguin Random House Audio. We also got to hear from a couple actors who narrate for them, Kirby Heyborne and January LaVoy. One activity requiring audience participation prompted Jason, Brendan, and I to give our best impressions of happy cows. 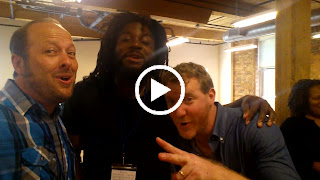 That evening, the speakers were treated to a great meal, hosted at the beautiful bookstore, M. Judson Books. There, I was fortunate enough to sit beside and chat with the super-smart-but-makes-you-feel-smart-too Jennifer Lynn Barnes, an author I somehow haven't crossed paths with since shortly after her first book came out. 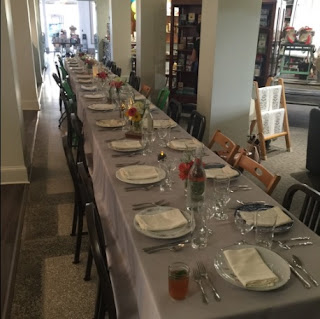 That evening, as everyone was winding down, some of us stayed up late in the hotel lobby. There, something happened that never even crossed my mind as a series of words I could one day string into a sentence: I got a tarot reading from Maggie Stiefvater. 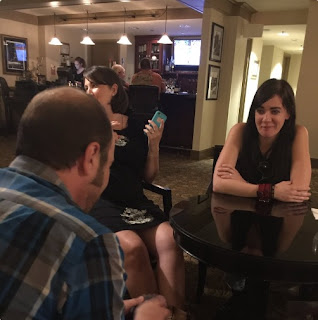 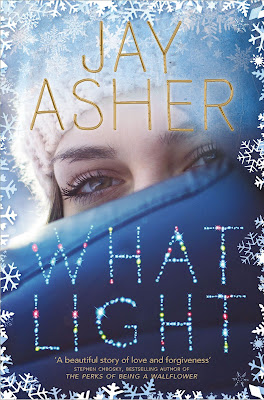