The Twelve Notes of Christmas

The story in my third novel begins on the Monday before Thanksgiving. That's today! 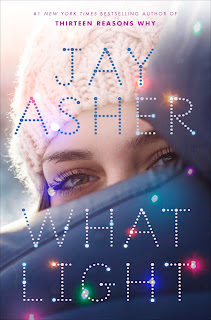 In Hungary, there's a special edition being released this year that includes a note from me. The words are essentially what I wrote for the review copies that went out in the U.S.

Since the debut of my first novel, Thirteen Reasons Why, the themes of hope and forgiveness have been at the center of my interactions with teens. Many have told me they finally felt understood within the pages of that book, even if it could never reflect all parts of their lives. Others, while they could appreciate the book, didn't see it as a reflection of their experiences. A novel about their lives, sadly, would not be hailed as "a brave, honest look at the teen years." So, after a book tour that had me speaking to such a variety of students in all fifty states in the U.S., I felt drawn to explore hope and forgiveness again, but in a new way.

The story of What Light has been glowing in my mind for a long time. I read a newspaper profile about a family with a Christmas tree farm in Oregon. Every year, they hauled the trees south and sold them on a lot where I live in California. The part of their story that stood out most concerned their children. When not selling trees, they attended a nearby public school or hung out with friends. When the holiday was over, the whole family went back home. Two sets of friends? A defined timeline? There had to be a story there! But it would take about a dozen years before I found it.

I continuously brainstormed and took notes even after I began work on Thirteen Reasons Why. That book describes the suicide of someone who lost hope in the future and was unable to forgive the past, though hope and forgiveness are found by someone left behind. If I were to address those themes a second time, I wanted to bookend them in an uplifting story about love.

I looked closer at my notes for What Light and saw that potential. It would let me revisit many similar issues, but through different lenses. Love rather than hurt. Overcoming rather than succumbing. Forgiveness--especially the forgiveness of self--rather than guilt.

It is a story I've wanted to share for a long time: What Light.

This edition will also include a dozen sticky-notes throughout the book, annotating certain passages. I thought I'd share those notes with the rest of you! Below, you'll see the chapter, page number (U.S. edition), and corresponding text (when appropriate), and my notes.

CHAPTER 2 (beginning)
NOTE: Chapters 1 and 2 were originally switched, but it felt stronger to meet Sierra while surrounded by her friends.

CHAPTER 5 (page 36): Andrew, in a tattered Bulldogs baseball cap, walks by me with a watering hose draped over his shoulder.
NOTE: I told students at a middle school that I would mention their mascot in a future book. Go Bulldogs!

CHAPTER 5 (page 41): The oldest lady, with a long gray braid, holds up a poster featuring a garbage truck strung with Christmas lights.
NOTE: My young son loved garbage trucks, so I told him I would mention one in this story.

CHAPTER 7 (page 60): With his arms buried into the top half of a tree, Mr. Hopper leads a customer into the parking lot.
NOTE: Mr. Hopper is the man whose Christmas tree lot inspired What Light.

CHAPTER 9 (page 90): “After we brought my tree to the hospital, Dad gave me that inch-thick slice he’d cut from the base. I took it to my room and painted a Christmas tree on one side of it, and I still have it propped on my dresser at home.”
NOTE: I still have these pieces of wood from the first Christmas trees after my wedding and the birth of my son.

CHAPTER 10 (page 94): Mrs. Trujillo looks ready to wrap me in a hug but sees that my hands are fairly occupied.
NOTE: Mrs. Trujillo is based on someone in my extended family who was born in Mexico. Christmas always reminds me of her warm, excited, loving personality.

CHAPTER 12 (page 126): “People think what they want. That’s what I’ve had to accept,” he says. “I can fight it, but that’s exhausting. I can feel hurt about it, but that’s torture. Or I can decide it’s their loss.”
NOTE: My favorite paragraph in the book.

CHAPTER 14 (page 138): What draws some people into the store who would otherwise walk by is the candle-making in the front window.
NOTE: Watching someone make candles at Christmas time was something I did with the first girl I liked in high school.

CHAPTER 19 (page 199): “You’d better be sorry,” I say. “That wasn’t romantic at all!”
NOTE: This shocking experience, with the trampoline and motion sensor light, happened to me.

CHAPTER 19 (page 205): At the top of the envelope is a red heart drawn around Elizabeth Campbell in the return address.
NOTE: I found “Elizabeth Campbell” in the same cemetery where J.K. Rowling got some of her character names.

CHAPTER 24 (beginning)
NOTE: This book has 24 chapters so you can begin reading on December 1st and, if you read one chapter a day, finish on Christmas Eve. 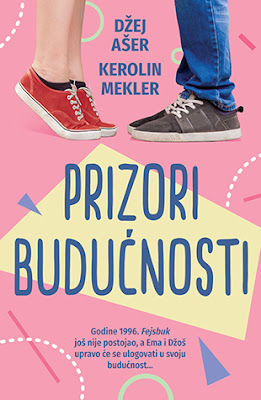 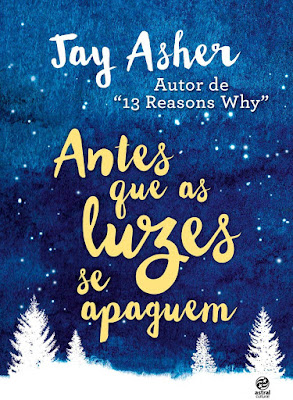