This morning I spoke to a room of school media specialists, language arts teachers, and youth services/teen librarians at the Central Brevard Library. I discussed the reactions some of my readers have expressed about Thirteen Reasons Why, which helped me emphasize how important it is for people to know about and have access to books dealing with sensitive subjects. It was such an enthusiastic group, I left feeling so happy for the teens they serve.

But before I left the library I changed into a t-shirt and walking shoes in preparation for my next stop...the Kennedy Space Center!

(Please excuse the giddy dorkiness which follows. I've wanted to visit KSC for so long, but never thought I'd actually get myself over here. And wouldn't ya know it, I wrote a book and got asked to speak just a few minutes away. Woo-hoo!) 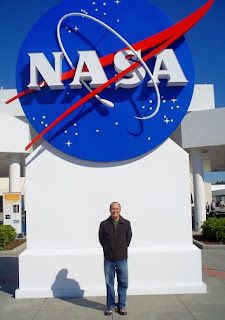 When I arrived, I immediately hopped on a tour bus which dropped everyone off at a viewing platform to check out Launch Pad 39A. The Discovery shuttle is already there, just waiting for its upcoming lift-off. While you can't see the shuttle here, you can see the tip of its humongous red External Tank. 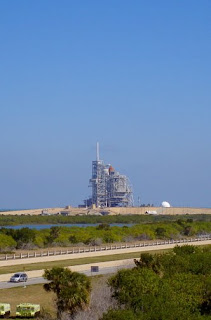 They then bussed us to the actual room of Mission Control from the Mercury period. Three large screens showed a launch from that era while the windows rattled behind us, making for a very realistic and thrilling experience. 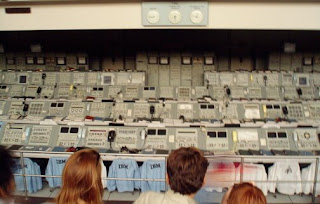 And the Rocket Park? Kind of intimidating. 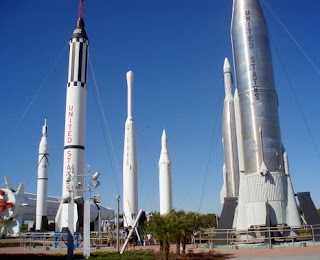 You can actually walk across the same bridge the three astronauts from Apollo 11 walked on their way to the top of the rocket which shot them to the moon. Or, like me, you can take a peek at how cramped the capsule was...and run away!!! 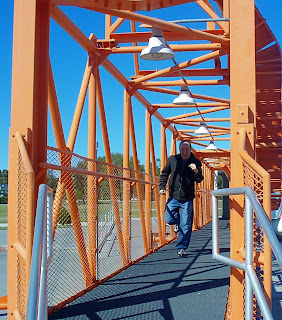 After resting at my hotel for just a moment, I went for another walk. I crossed a drawbridge which led to a street lined with beautiful trees and huge houses which overlooked scenes like this... 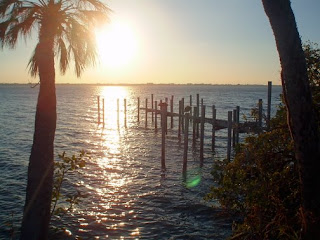 Glad it was such a wonderful experience for you! And how awesome that must have been speaking to such a group. Thanks for sharing!

When I told my wife how much fun it's been speaking to these groups, she reminded me that I used to have a huge fear of public speaking. A few years ago, I never could've imagined this part of being an author would be my favorite part!