For the ninth state on the 50 States Against Bullying campaign, I visited The O'Neal School in North Carolina, speaking to students in grades 8-12. There were trees everywhere at this school, making the campus and its surroundings absolutely beautiful.

Even the statues were flipping out over the trees! 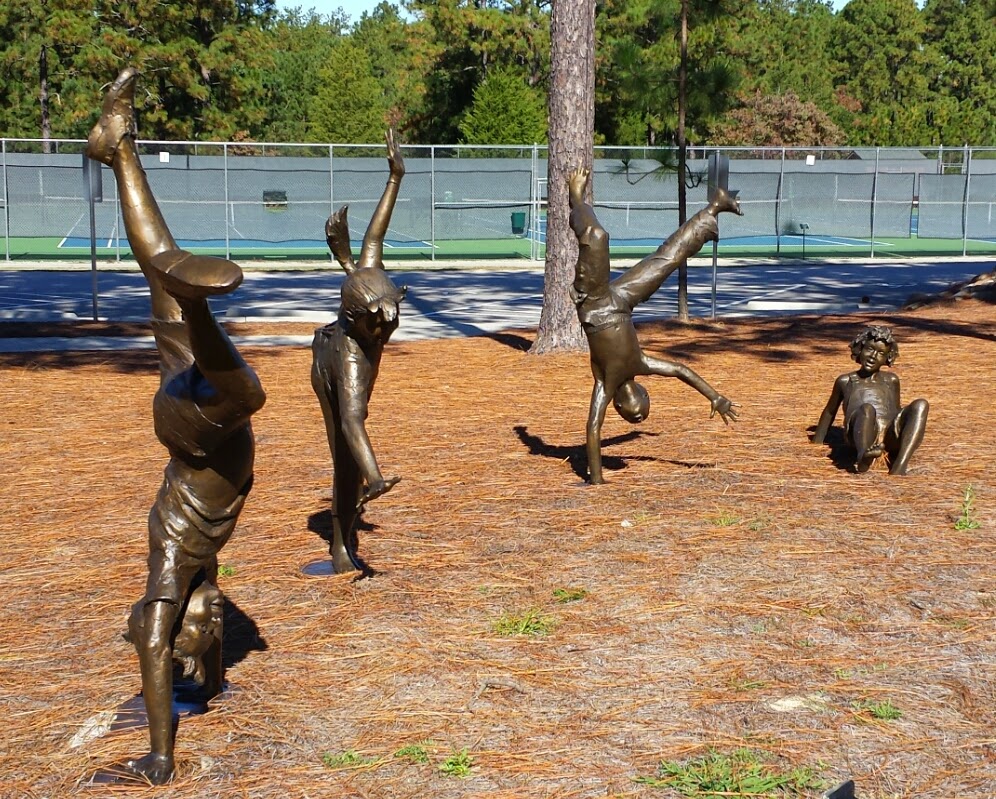 Yes, I considered adding myself somewhere within that sequence of statues for a photo-op, but then I considered the fact that I would probably hurt myself. So I didn't.

Meanwhile, inside the school, students had begun mounting #ReasonsWhyYouMatter cards to both sides of this board. Reading through these notes has becomes a great way to focus myself before I begin speaking with the students. 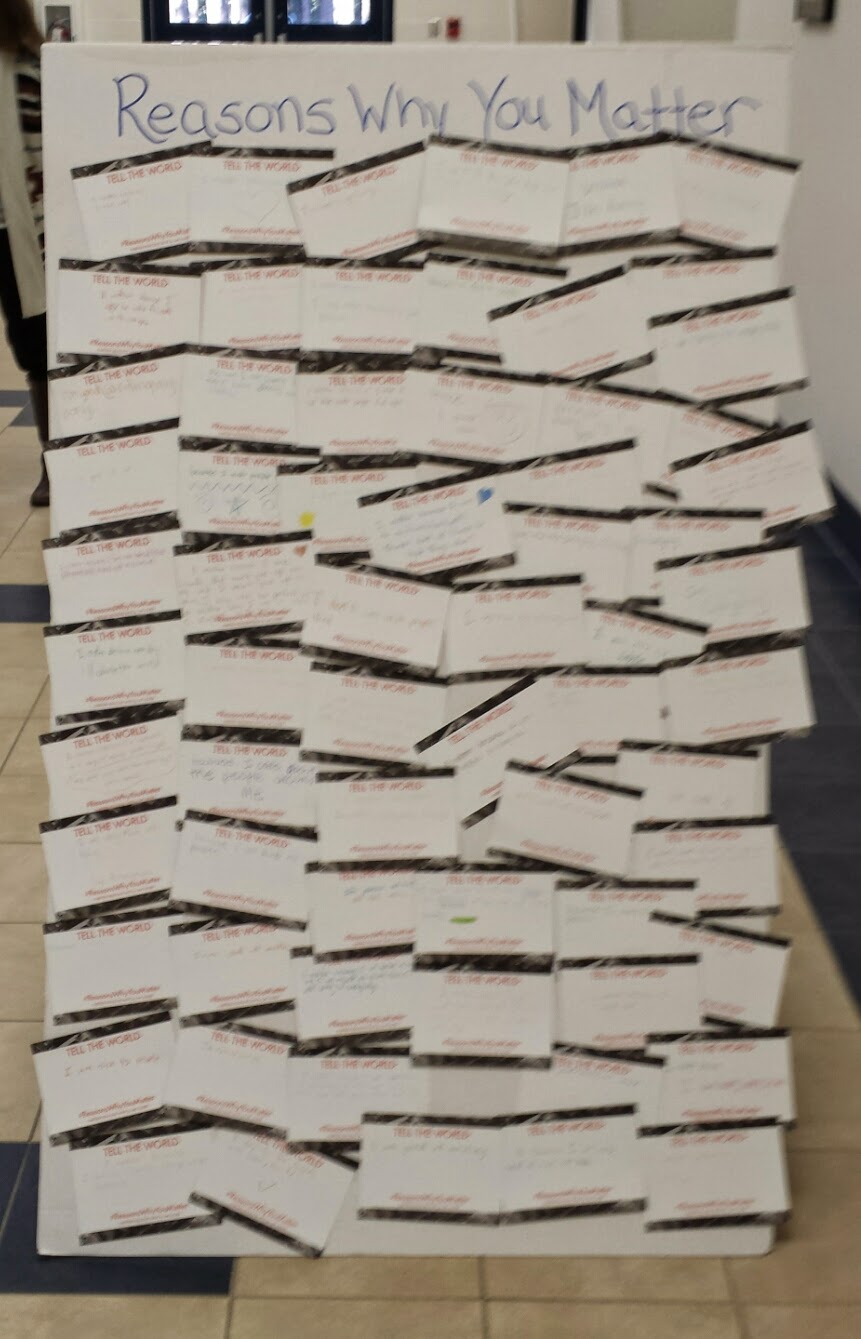 Giving a speech using Powerpoint, as I do, helps calm the nerves. This way, hundreds (sometimes thousands!) of eyes aren't constantly just on you. 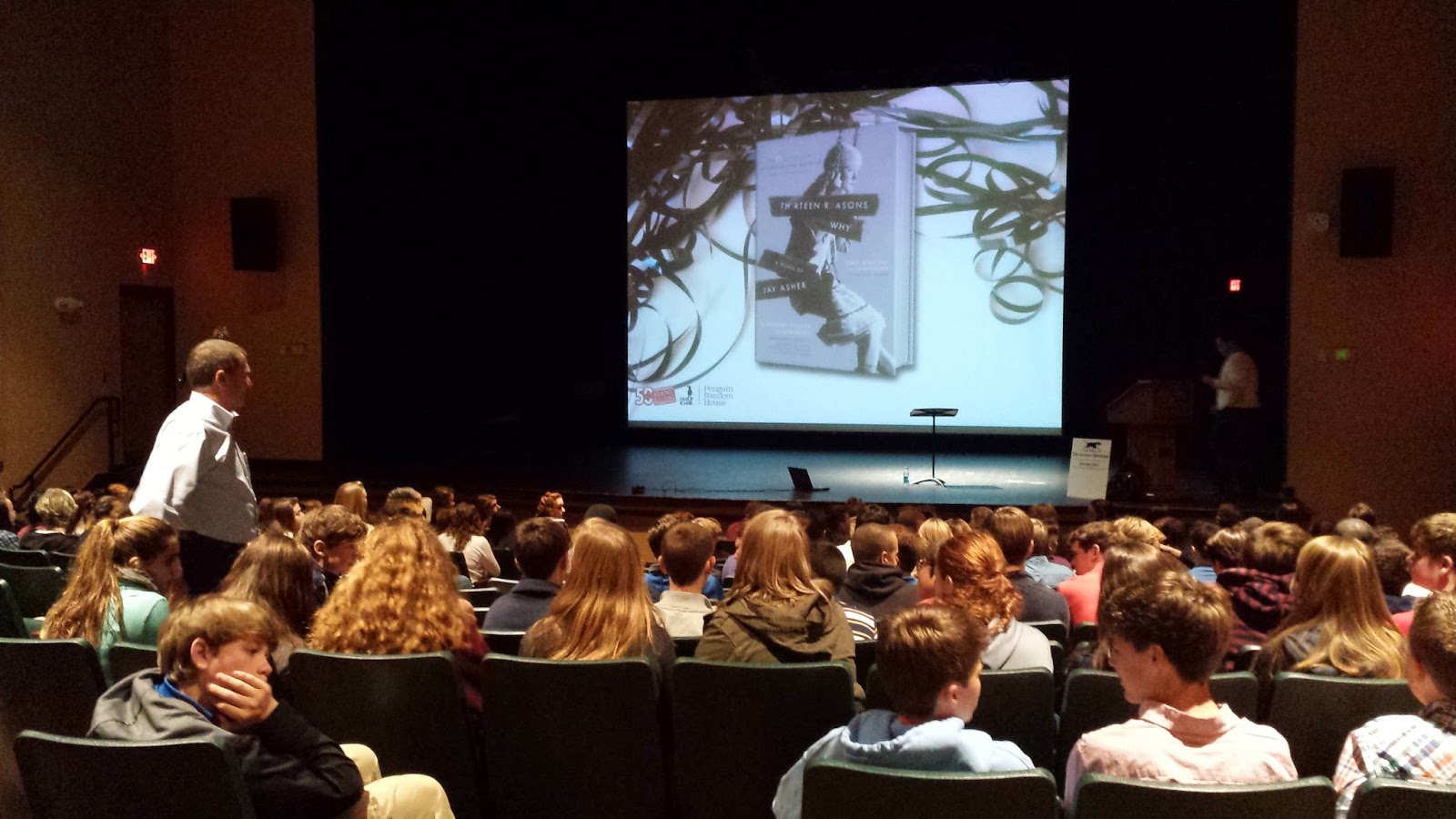 Of course, if you get on a roll and skip over a topic, it becomes obvious once the wrong slide pops up. But I recovered from this mishap, which is thankfully rare. And, at the end of my talk, I even got my first standing ovation!

Signing books and chatting with students and teacher afterwards often turns emotional, and that was very true at this stop. While the stories shared could be heartbreaking, it is also inspiring to see people so willing to open up. That's always been a hard thing for me to do myself, so I never take these moments lightly. In fact, I feel like I learn from each one of those students.

But not all moments included tears. For example, I got to meet Miss North Carolina Junior High School America! 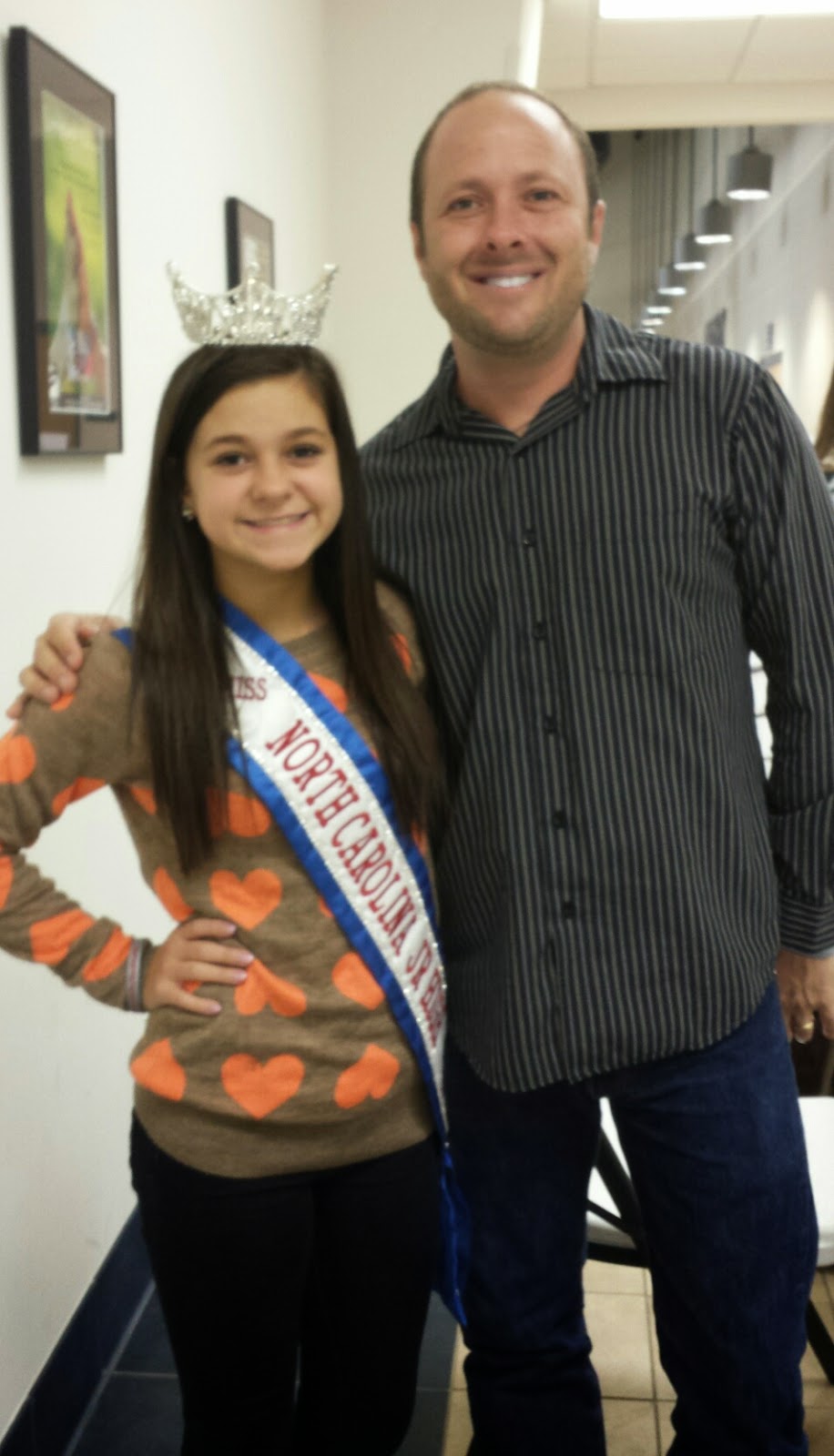 After my school visit, I had a bit of  time before heading to the airport, so I headed to...The Country Bookshop! This store provided books for my school visit, and was also a great place to browse (like I said, it's a bookshop). They recently began having visiting authors sign a tabletop in their store, which I did. While I signed it, the table was also being used for a meeting between the store's book buyer and a sales representative from another publisher (not mine, so they shall remain nameless...but easy to figure out). When I mentioned that I wrote the forward to one of this publisher's recent releases, Positive, by Paige Rawl, the bookseller brought her store copies over for me to sign.

So if you live near Southern Pines, go grab these books. Plenty of people have copies of Paige's memoir signed by Paige herself, but no one has a copy signed by me! 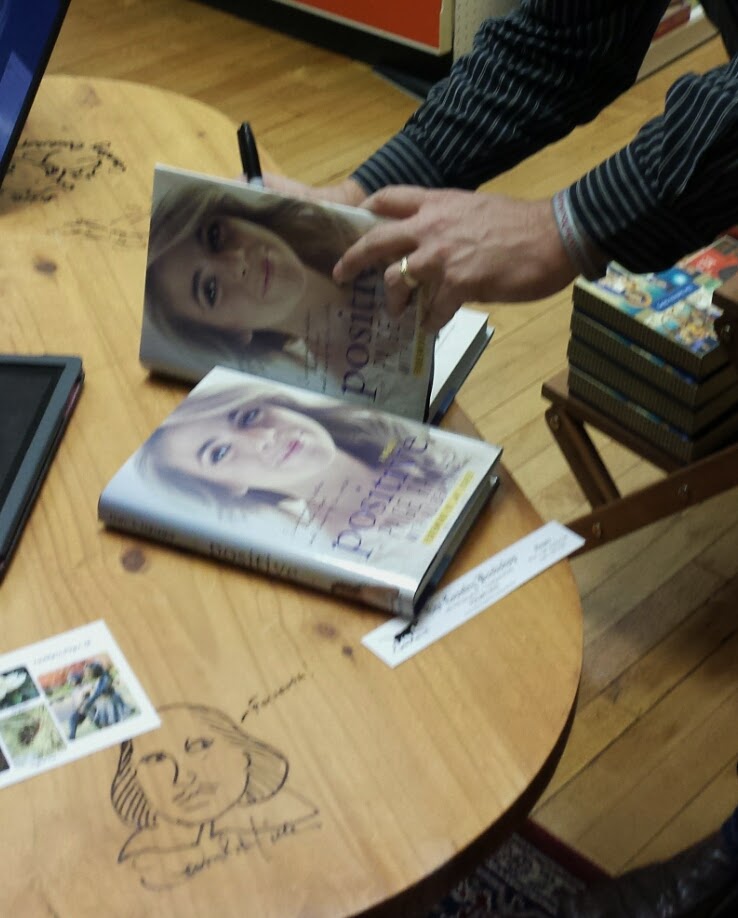 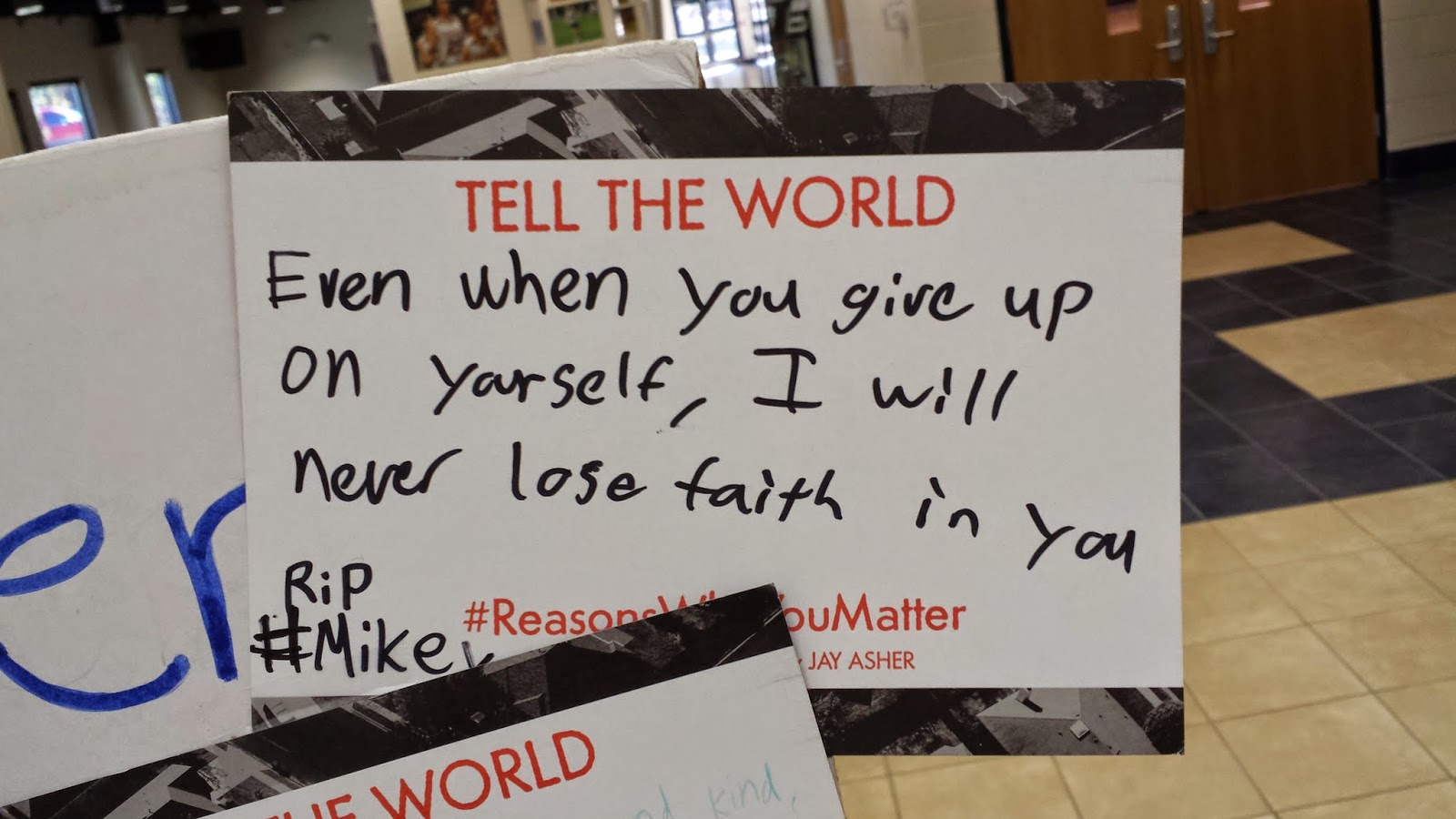 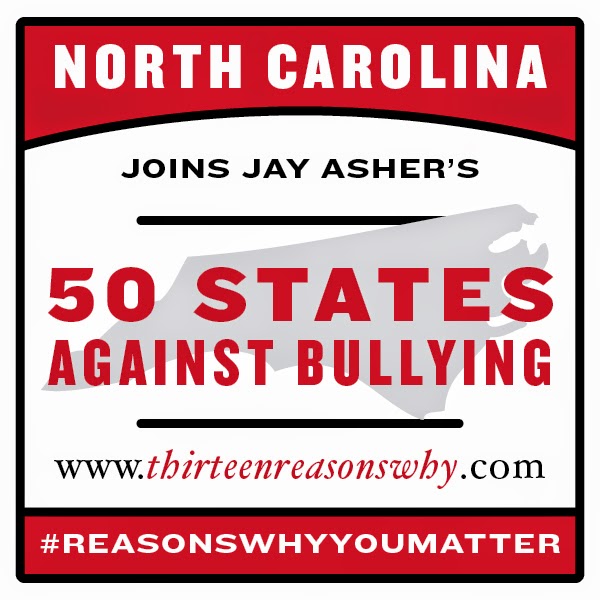 Now that I've flown on to the next state, I totally regret chickening out of a picture with those statues.
Posted by Jay Asher at 4:26 PM