When I began travelling as an author, it felt like such a cool opportunity to check out parts of the country I'd never been to. Thankfully, seven years in, it still feels just as cool! When people ask what my favorite cities have been, Oxford, Mississippi is usually the first town that springs to mind. It's just so Southernly beautiful.

So I was thrilled to find out I'd be returning there for my seventh state on the 50 States Against Bullying campaign. 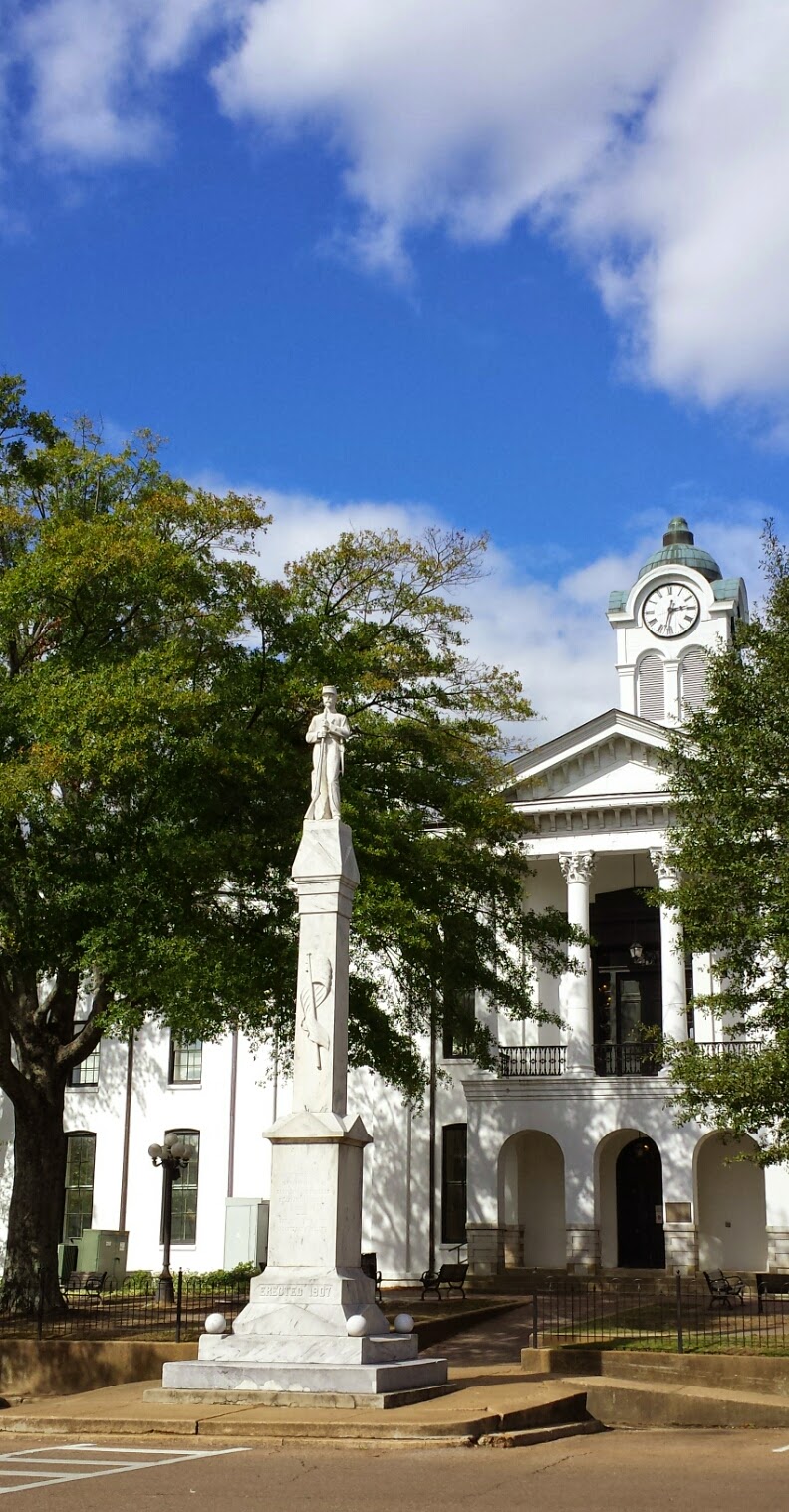 First, I had coffee with The Amazing Jill (she goes by Jill, but I don't think she minds my nickname for her) from Square Books, as well as The Amazing Jill's niece and adopted niece (niece's friend). The niece and adopted niece drove 5 hours to see me speak. Which, until yesterday, would've impressed me. (Okay, it still impressed me, but it was an even bigger honor!)

Then I stopped by the Oxford High School library to sign a few books before I gave my presentation. That's where I first saw the 50 States Against Bullying bookbag! 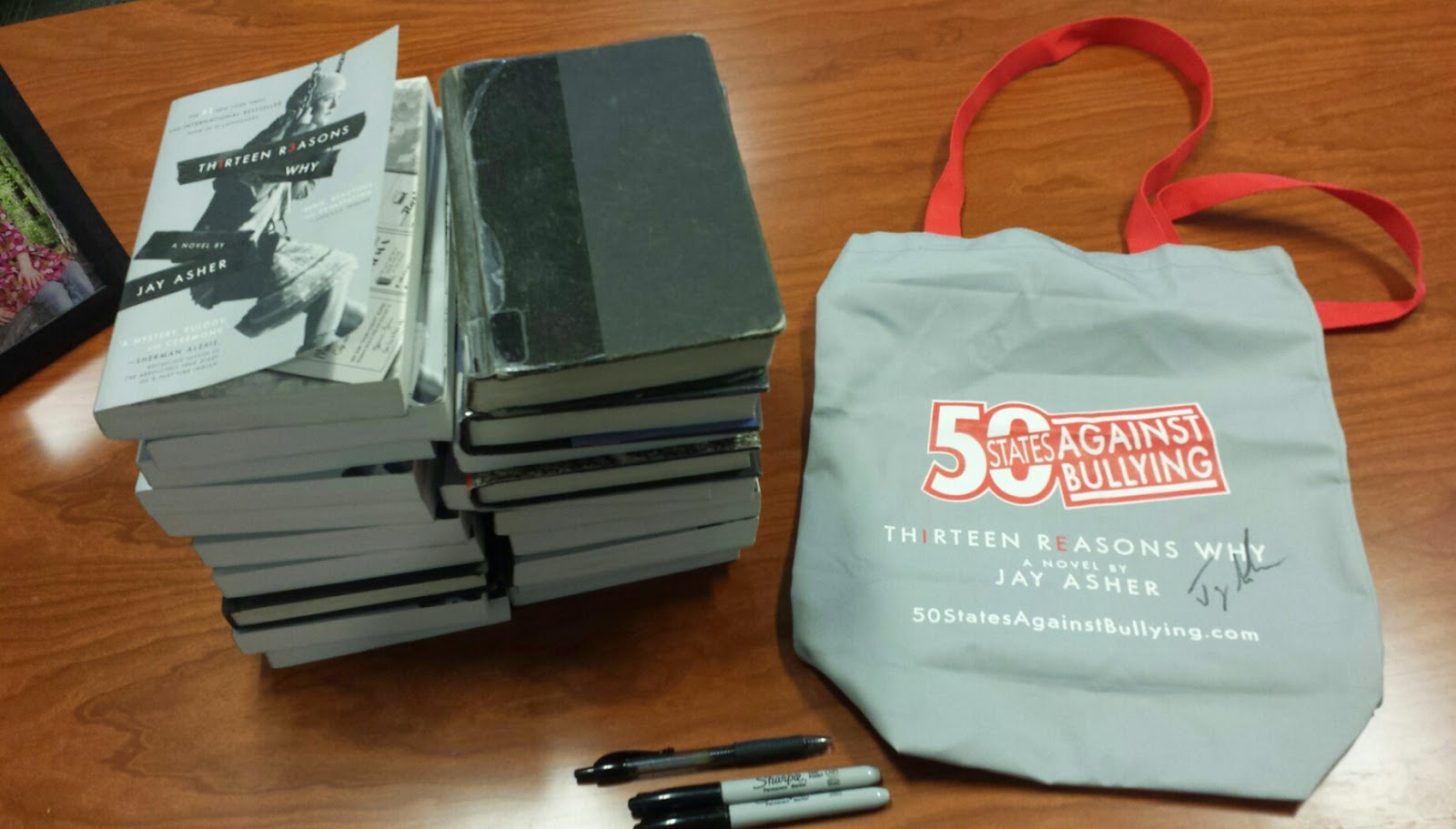 Personally, I think I need a 50 States Against Bullying coffee mug.

Here are the students, entering their very new gymnasium to hear me speak. 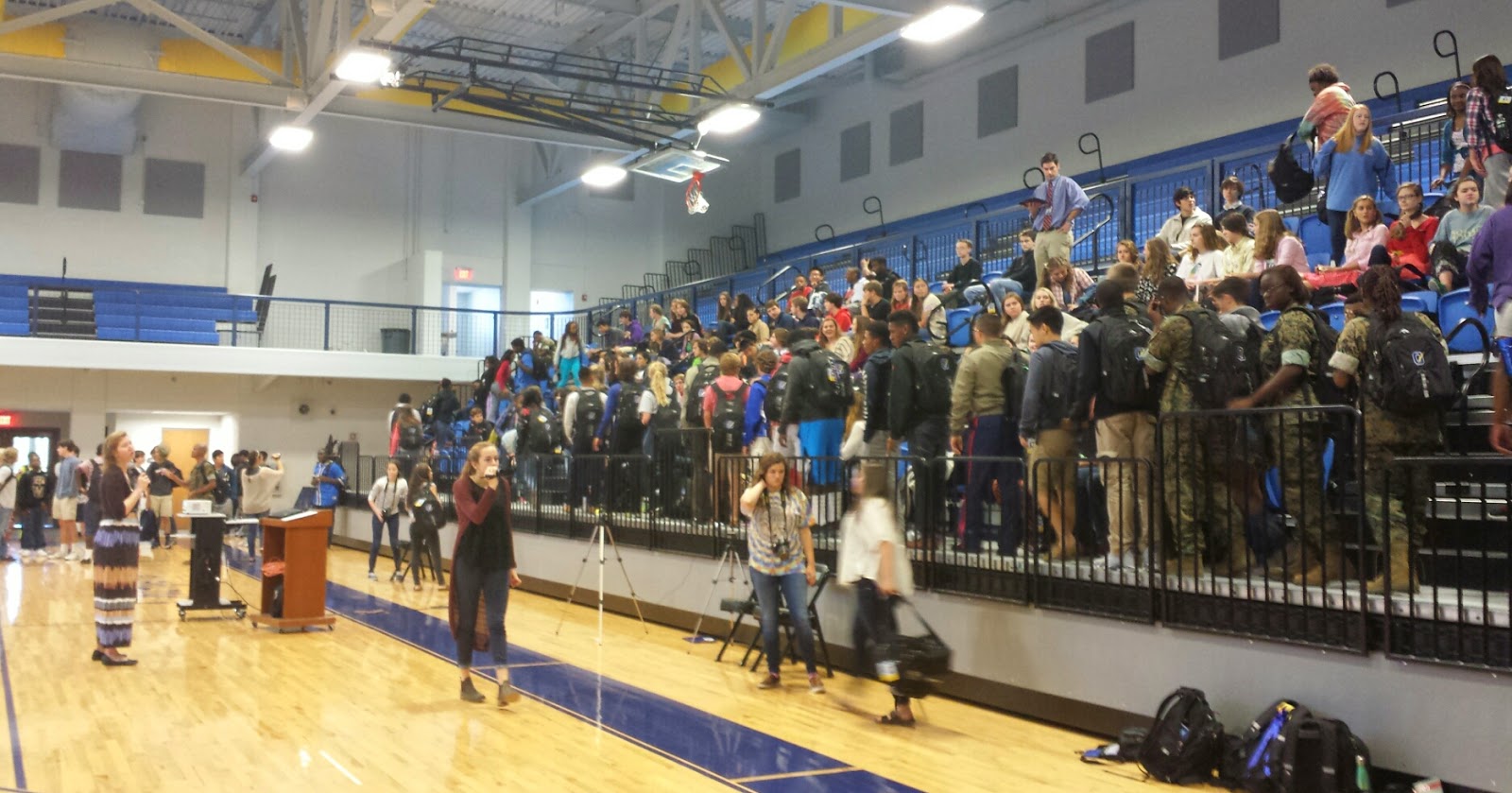 Something fascinating about public speaking is never fully knowing what's being heard. I can look out at hundreds of faces and feel good that I'm keeping them engaged, but I also hope it's more than that. And then, afterwards, some students may come up and let me know they definitely heard what I was trying to say. Those moments are what is making this tour far beyond what I'd hoped.

Before heading to the airport, I had to stop by the statue of William Faulkner (The Sound and the Fury). An inside source told me that some of Faulkner's relatives don't like the statue. They find it offensive to see people place Santa hats on its head, or watch babies crawl on it, or whatever else people do. When I said that Billy F. probably would've been flattered by the statue, I was told he probably wouldn't. Apparently he could be a cranky dude.

But he seemed rather chill to me. 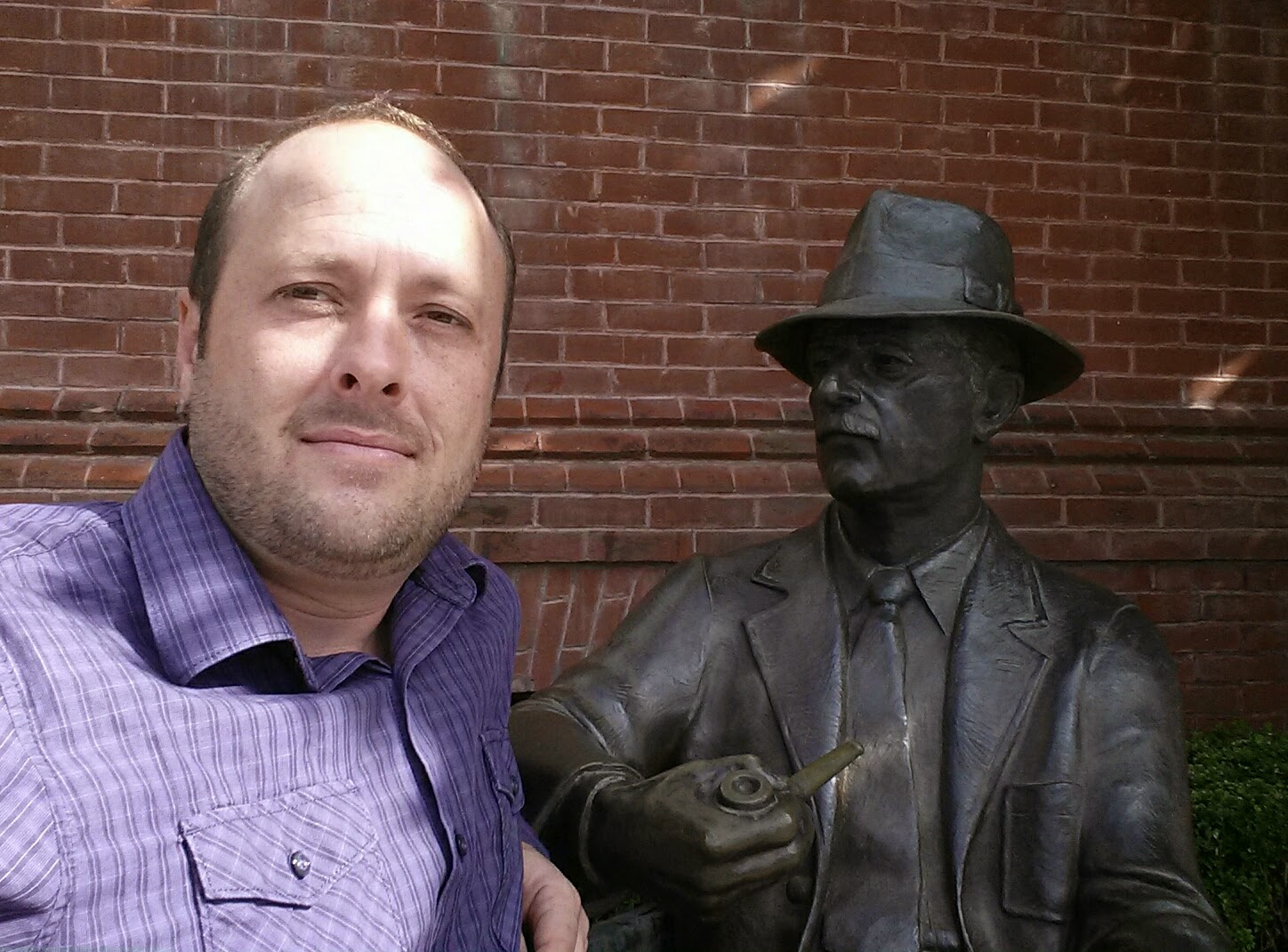 In fact, he didn't bat an eye when I placed a #ReasonsWhyYouMatter wristband on him. 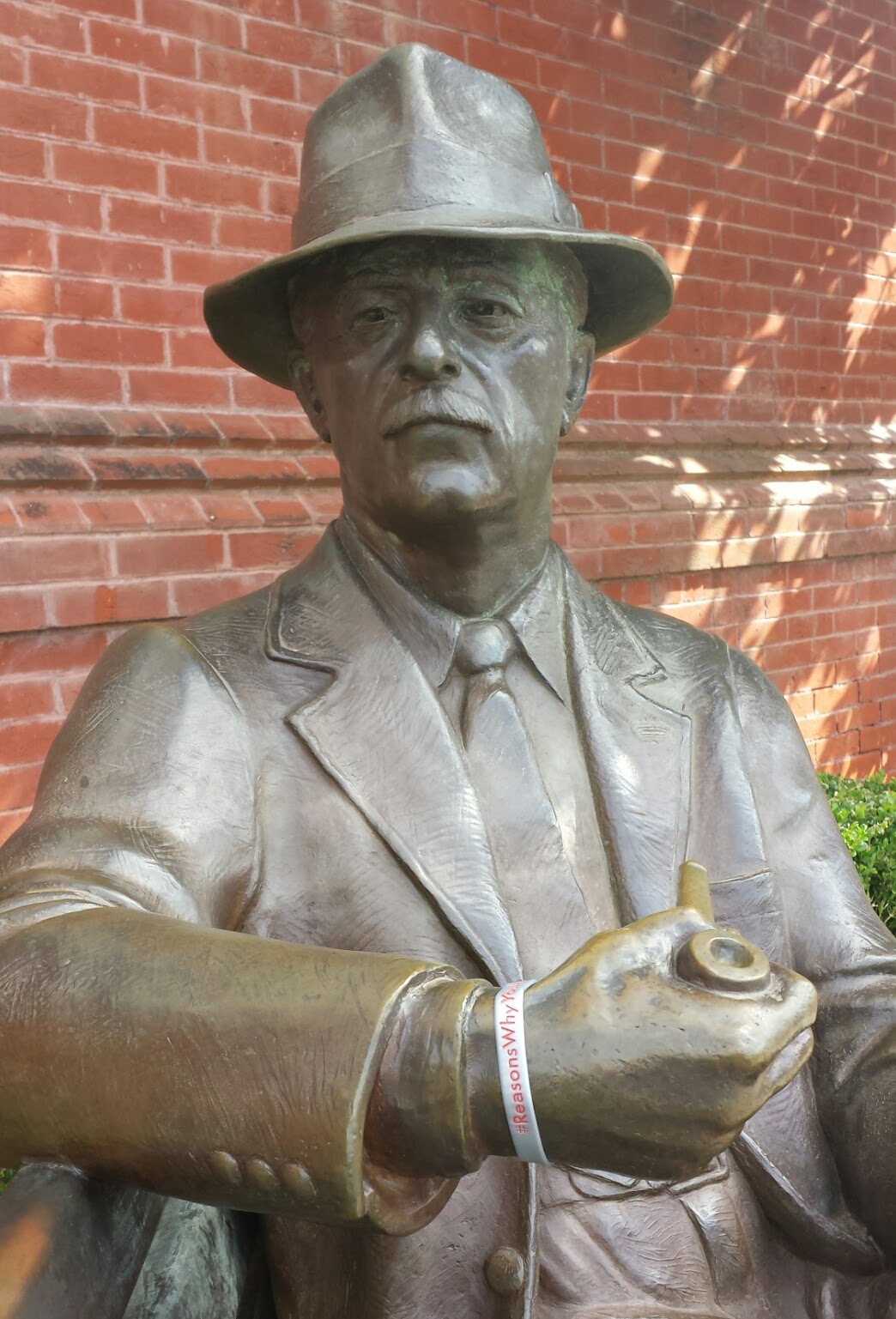 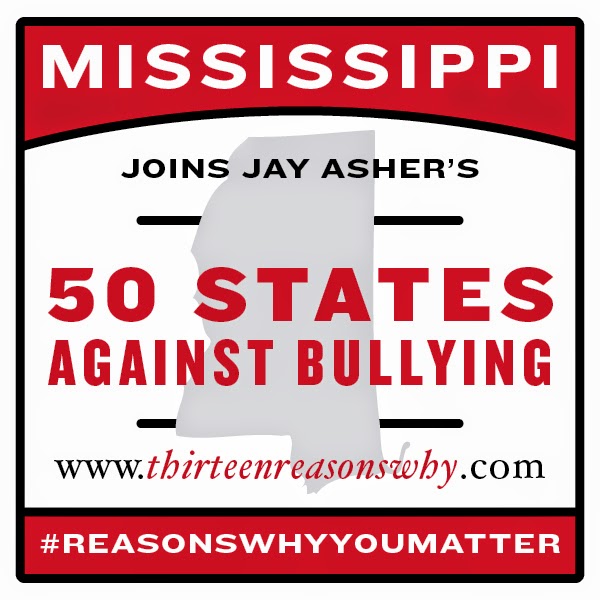