I Will Not Reference Toto, Dorothy, or Oz

The audience at the University of Kansas was made up of students from several schools. To get to the Literature Festival in time, some had to board a bus at 4 a.m.! When I heard that, my two-hour California/Kansas time difference didn’t seem so bad.

To begin the festivities, Lois Ruby spoke about a few of her books. Her presentation inspired me to grab myself an autographed copy of Steal Away Home. 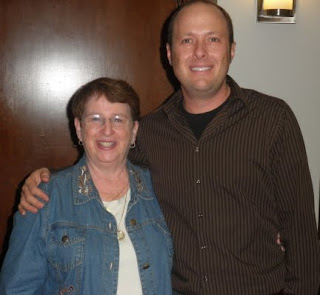 Then I was presented the 2009 Heartland Award for Excellence in Young Adult Literature, which put me in a rather happy and celebratory mood. And during my presentation, which immediately followed the award, the audience had me floating across the stage. I’m just going to assume that laughing gas was seeping into the auditorium, because if every audience was like that audience, I would seriously consider a career as a stand-up comic. (As some of you know, that has always been a little fantasy of mine. But I’m too chicken!) 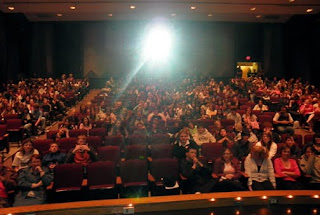 During the autographing sessions, I had a wonderful time chatting with the students individually. 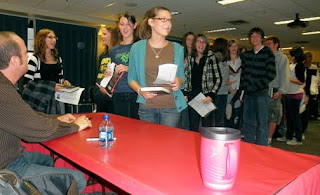 By the end of the autographing, I think I’d signed one cast, three backpacks, one belt, two arms, one shirt, two hands, two hats, five shoes… 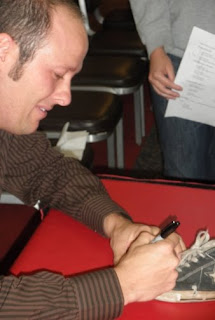 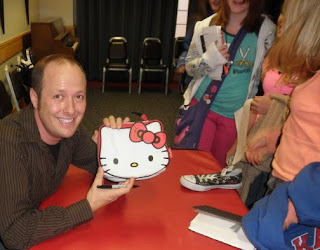 Check out the following excerpts from letters some of the teens gave me:


Some of the teens also opened up about personal issues, both in letters and in person, and I am so grateful that they felt comfortable enough to share so much with me.

Yes, Kansas was definitely one of my top author visits.
Posted by Jay Asher at 1:30 AM

Those letters were too funny. AKA - why I love writing YA.

I have to write you a comment for english class! I read your book and its pretty stellar.

Hi! My students in Pre-AP English 10 are subscribing to your blog via their Google Reader and look forward to reading your blog.

Thanks for being friends with our youth!

I'm surprised you had the time and energy to speak at Kansas State University yesterday. I heard you speak at the Kansas University Literature Festival yesterday in Lawrence and thought you gave a terrific speech about your personal journey to get 13 Reasons Why published. My students loved it! You should have told us that you were going to K-State as well.

Geez! You wouldn't believe the amount of people who pointed out that I messed up the name of the school. So I fixed it. But forget the bunny overlords, you Kansans are a picky bunch!

(To be completely sincere, thank you for pointing out my error.)

You can find the Tammi (Kippes) Sauer Girlhood Home in Kansas.

So glad you enjoyed the Land of Ahs.