It Ain't Nothin' but a Shower

After my recent visit to Arkansas, I took a trip down to Memphis to see Graceland. I was a huge Elvis fan when I was younger, spending hours perfecting the leg twitch and Thankyouverymuch.

The stone wall surrounding Graceland is completely covered with the names and brief messages of fans passing by. 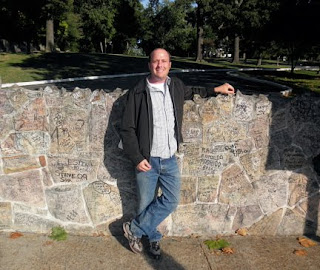 Unfortunately, they wouldn't let me close enough to rock out Chopsticks on The King's piano. 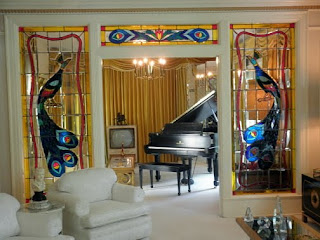 The most shocking thing was that Graceland, compared to all of the Houses of the Stars showcased on TV today, wasn't huge. The rooms were actually small and cozy.

The tour ended with a visit to his final resting place. 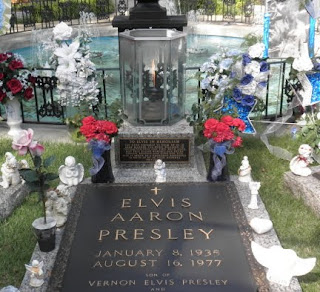 Of course, I just had to try his favorite grilled peanut butter and banana sandwich while I was there! 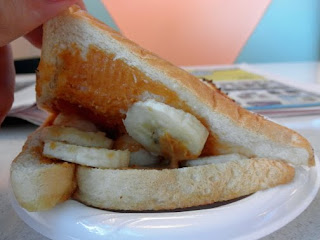 Here's the part that I'm still scratching my head about. Back at my hotel, I noticed a weird bit of text on the sign out front. Usually hotels highlight that they have wi-fi, HBO, or an indoor swimming pool. But...try our showers??? 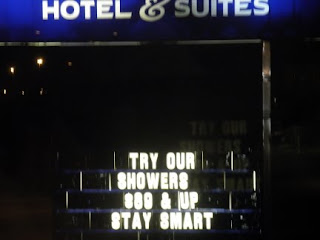 I took two showers that night, just in case I was missing something. But I wasn't. It was just a shower! 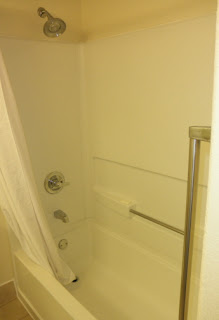 
P.S. If you're anywhere near Eugene, Oregon this Saturday (October 24), stop by the public library and say hi!
Posted by Jay Asher at 6:09 AM

That is a very weird thing to highlight. Maybe your room didn't have the ultra shower with 37 heads and 10 settings, you should've gotten that room.

Um... the showerhead was fancy looking. Multiple settings, perhaps? And, ya know, the metal bars in case you slip. That's... special.

Jay,
Did you feel a bit like you were invading his privacy? I loved Elvis when I was a kid, but felt like I was a peeping tom when I toured his home about 10 years ago.

Did you get some barbeque in Memphis?