The forty-seventh stop on my 50 States Against Bullying campaign brought me back to West Virginia. I say "back" because I was here not too long ago, but the school had a Snow Day. Amd so...I'm back!

I had so much on my mind when I arrived the night before my school visit, so I needed to numb my brain before heading to my hotel. And since it was St. Patrick's Day, of course, I went to see a movie! (Oh, that's not how you thought I was going to numb my brain? Then you don't know me very well! It's movies, baby.)

I saw Cinderella, which was really good. Very cool visuals. Great acting. And to prove I was there, I took a pic of the screen. (But I did it at the very end, just in case they kicked me out for doing that.) 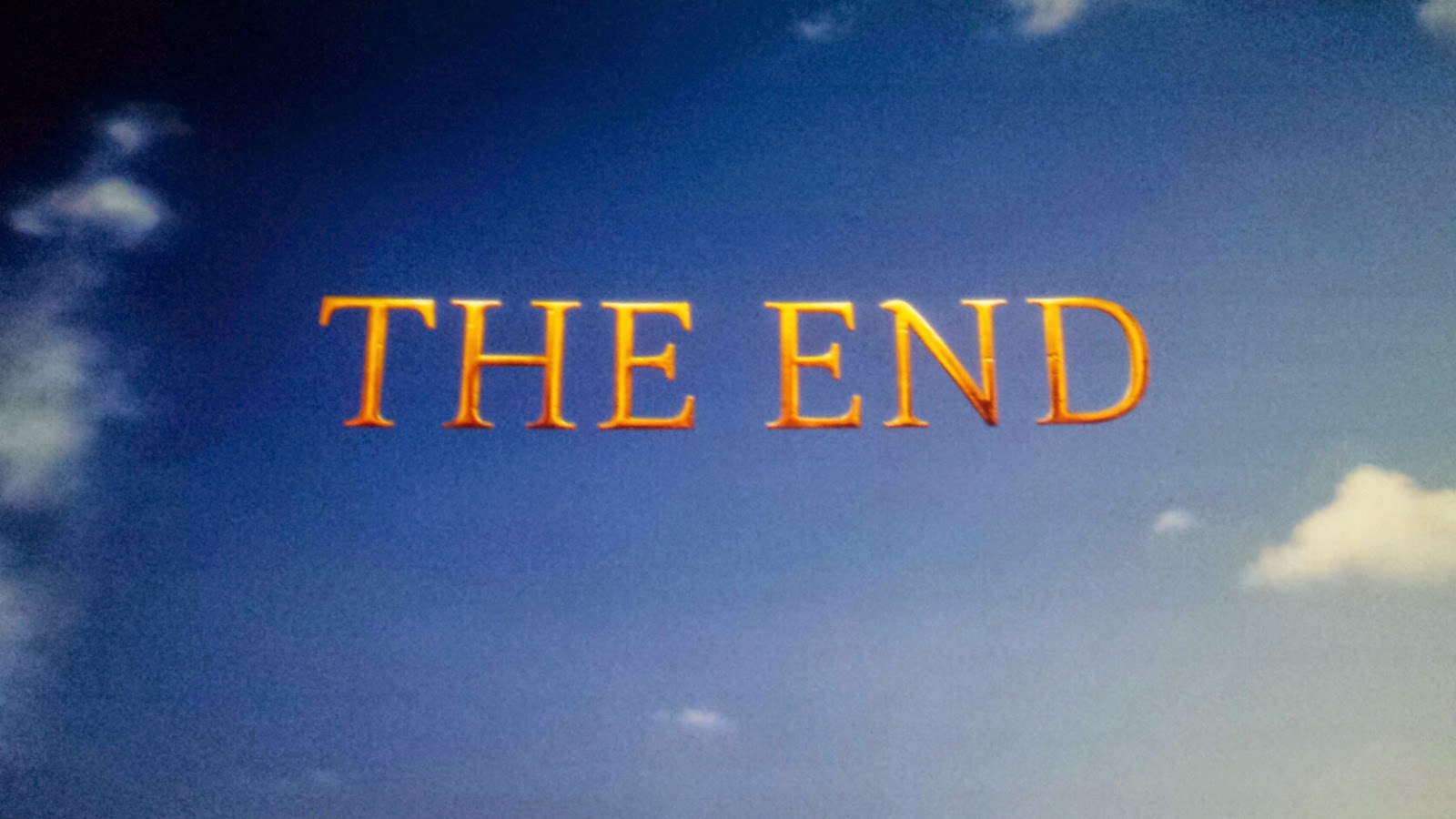 The next day, I spoke to students in the Capital High School auditorium. A student named Jillian tweeted the following pic of me on stage. 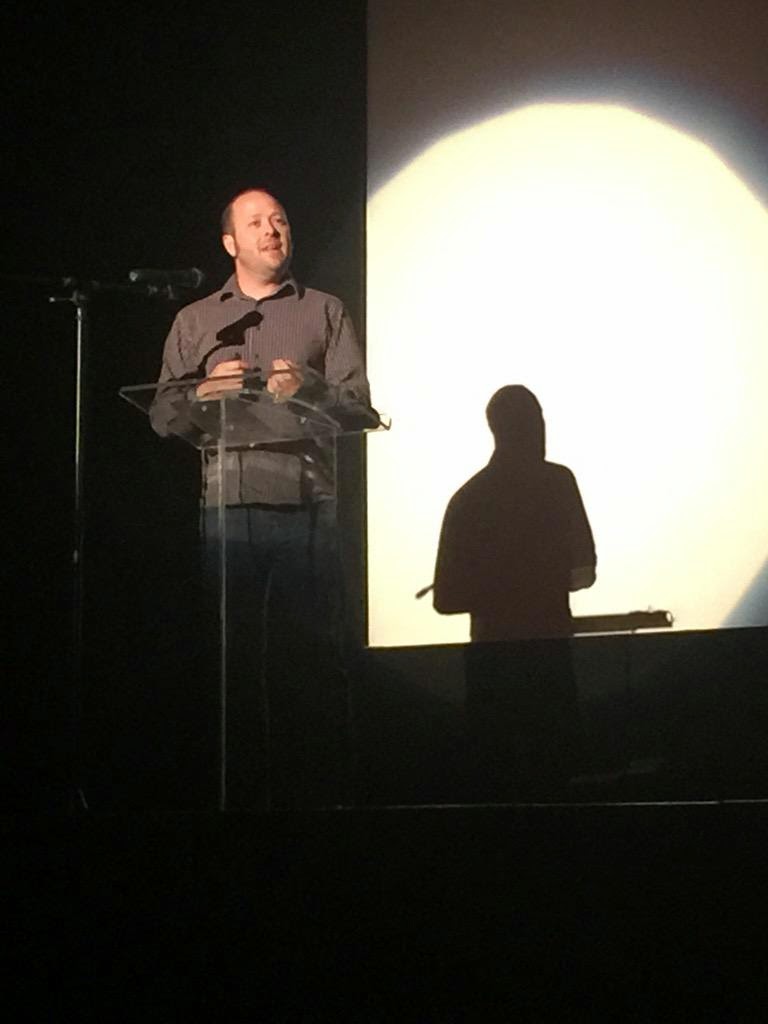 I know you're here to see the students and not me, but I had to share that speaking pic because it's one of the only ones where I'm not making a funny face. So I'm proud of myself for that! (Be proud of yourself however you can, apparently.) 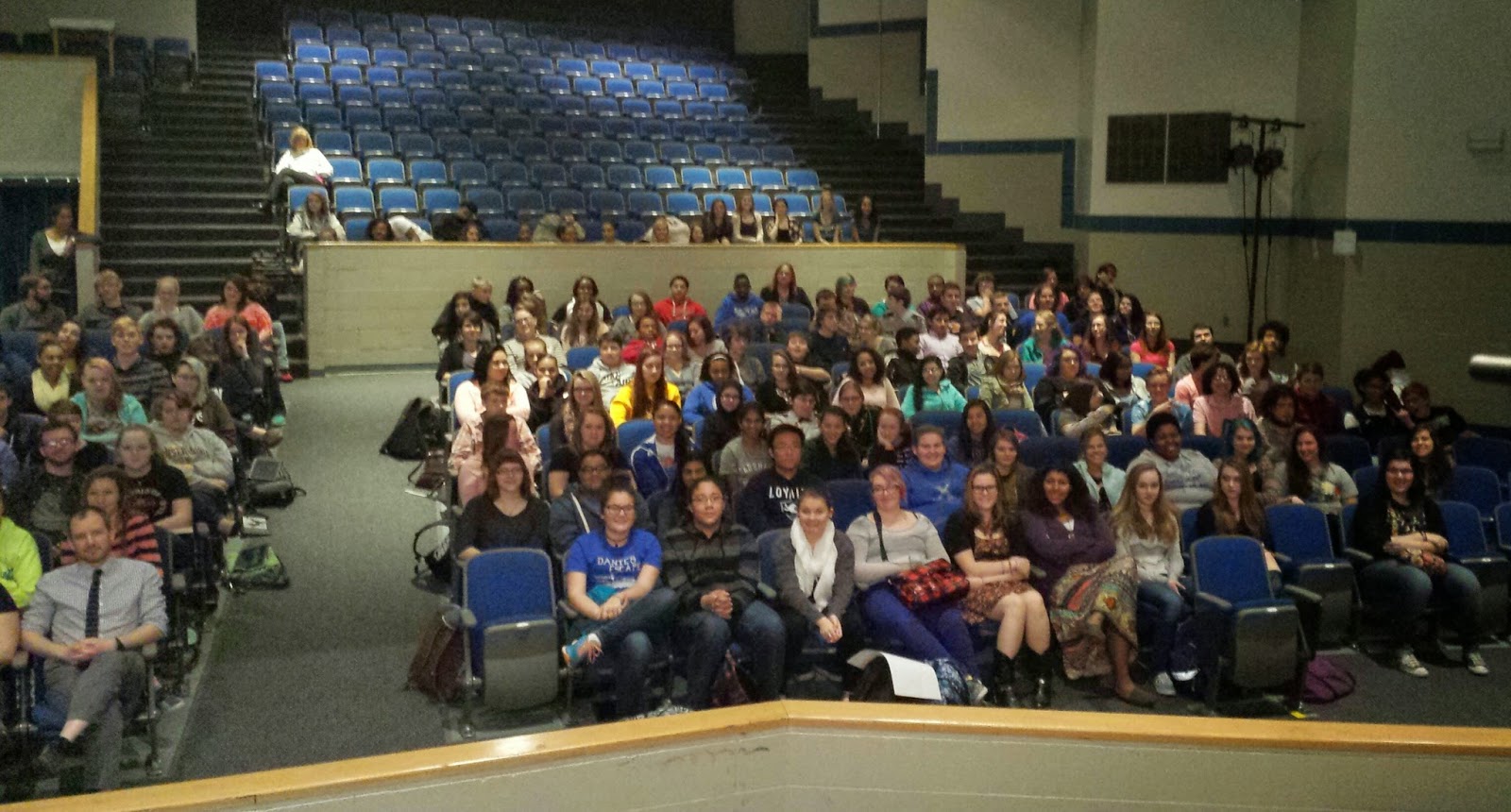 After my presentation, I joined some students from all the schools in a meeting organized by the Gay Straight Alliance. They discussed many issues, including the upcoming Day of Silence, an event I first learned of today, but which sounds symbolically powerful. The back of the GSA shirts read: 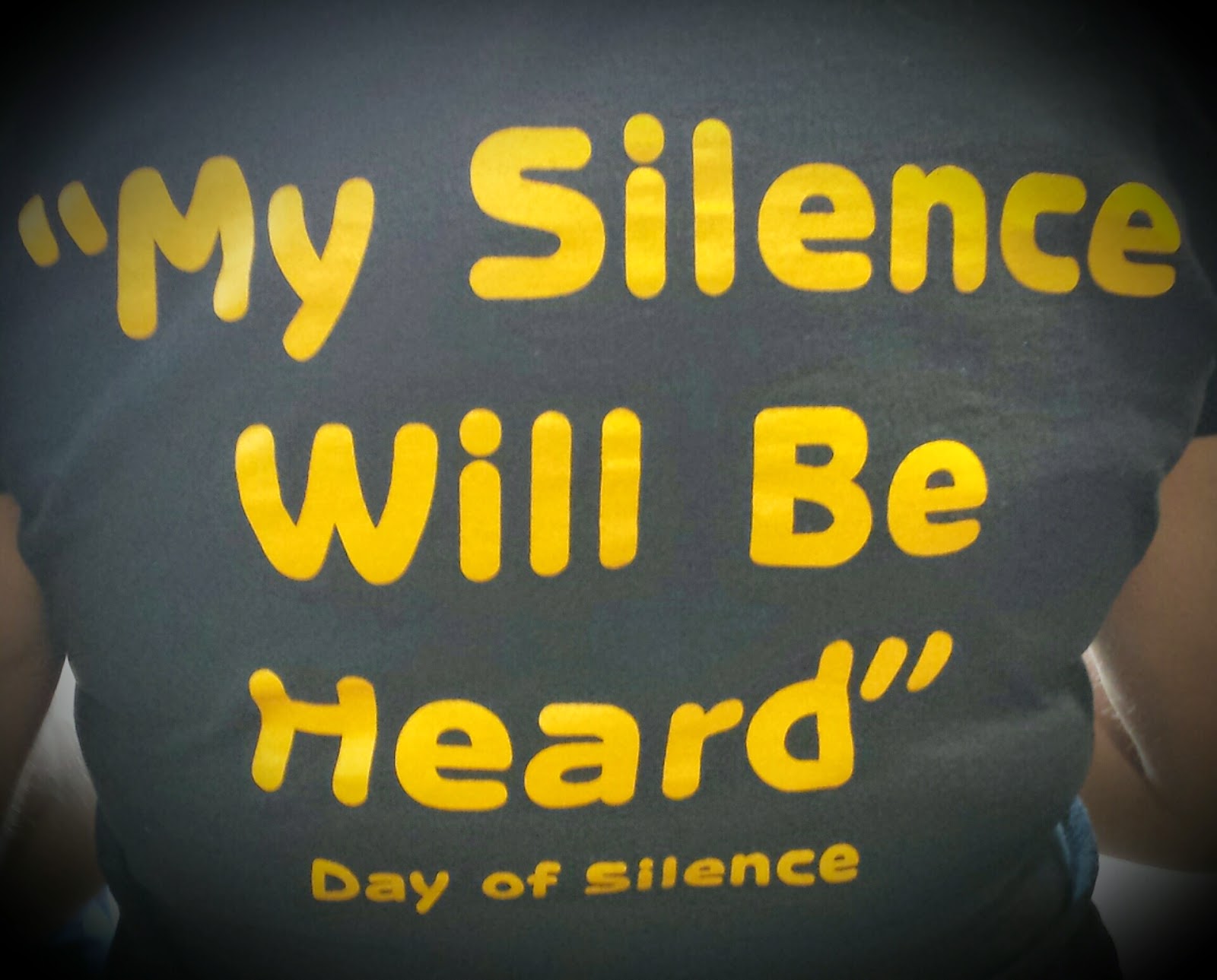 As the GSA adviser said during her talk, "People that do nothing love to tell other people that what they're doing is stupid." The ensuing conversation confirms my belief that many adults would be served well by going to schools and listening to students discuss the importance of not just speaking up, but how to speak up. I know I learned a lot! While there may not be a perfect way to get a message across, if the message isn't being heard then we should consider why and push that message in a new way. The girl I met today who led the first Day of Silence here did it alone. What she wanted to accomplish, she felt, got lost. People may have listened to the silence, but they didn't hear the message. The next year, she tried a new way to organize the conversation, and hundreds joined her.

Teens inspire me so much!

We are all in this together. 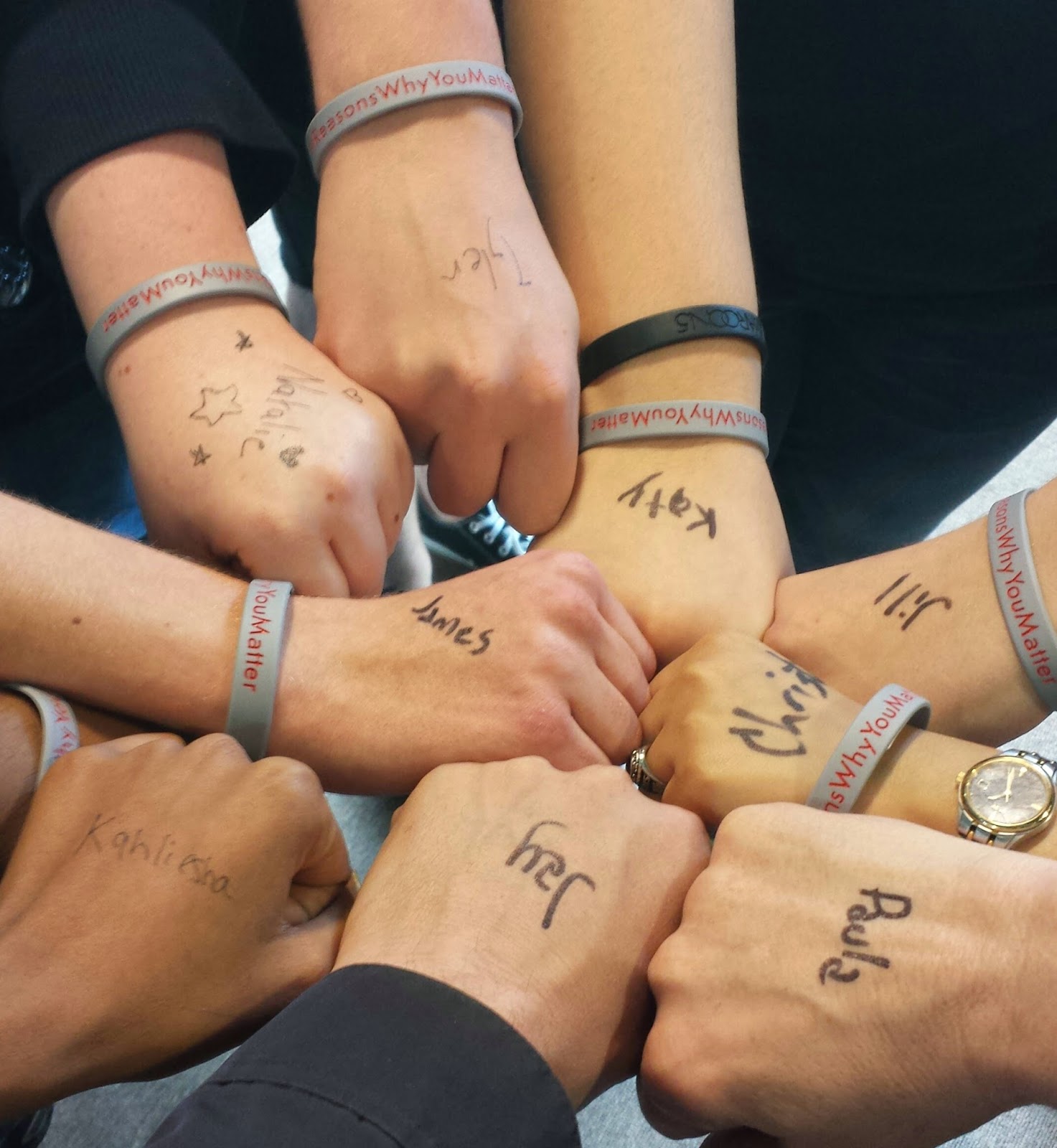 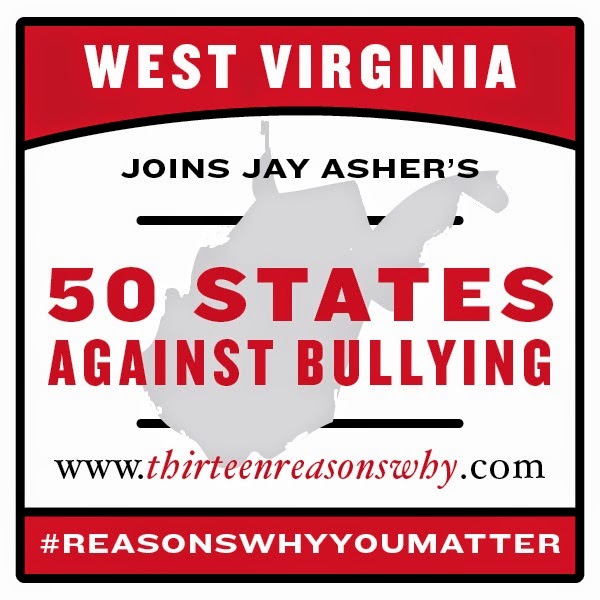 LOVE this and those kids--they are always teaching me what I need to remember. <3

Sorry, I missed it due to rescheduling, I was busy working at Kanawha county public library, where I checked and enjoyed your books. I mentor at Capital High with YWCA Girl Talk.

I'm a former graduate of Capital High, and my Senior English teacher came into Books-a-million, where I work, asking about your book. Needless to say after multiple conversations about it that say I began reading. Thank you!! -Allison N. Chapman