The forty-fifth state on my 50 States Against Bullying campaign was... 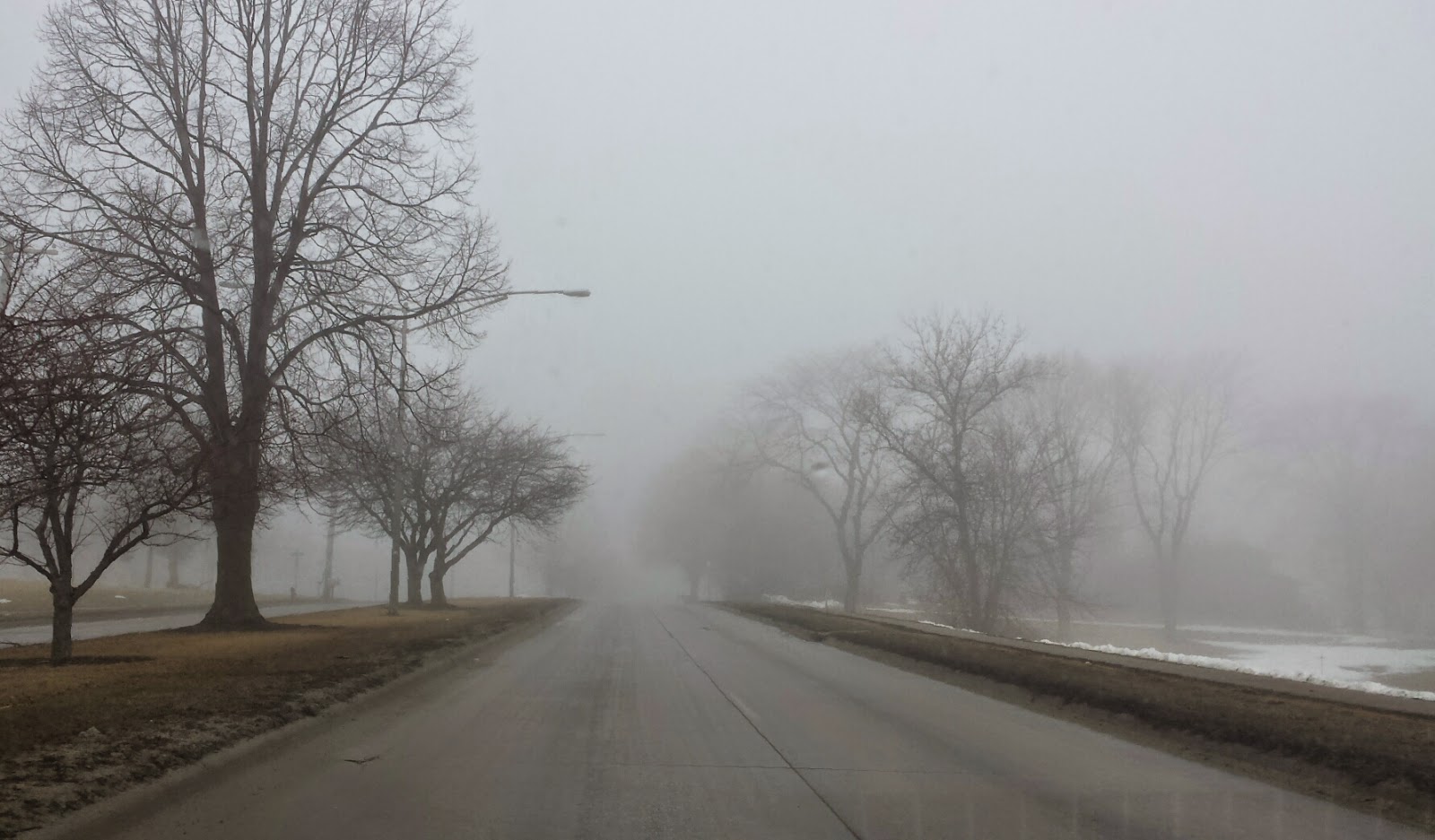 ...really foggy! But I eventually found my way to West High School in Iowa City. (In case you didn't know, that's in Iowa.) 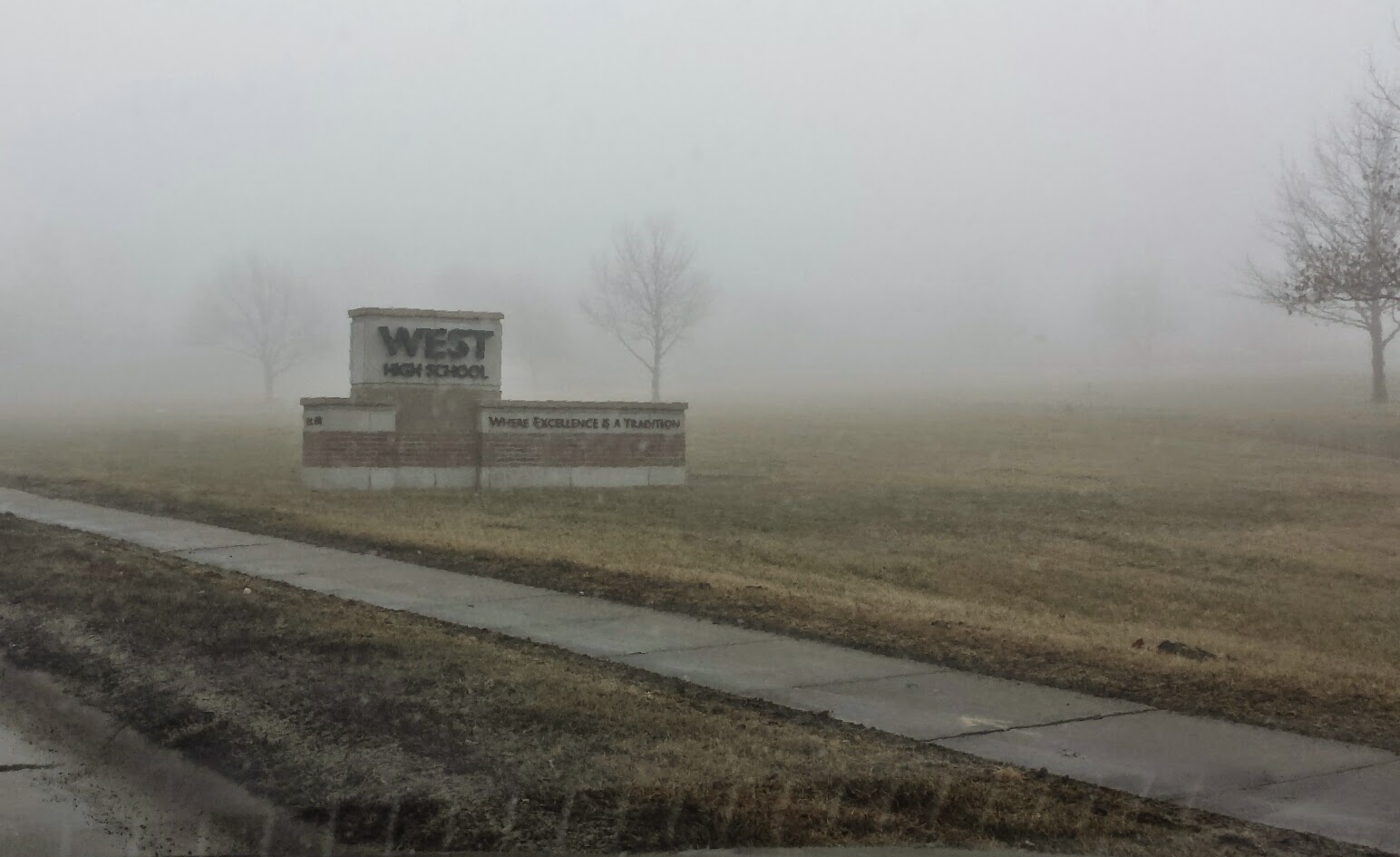 The first thing I noticed upon entering the school many were posters and displays for something called Behind the Mask. This is a student created group helping to erase the stigma around mental health issues. As their Facebook page says, "Whether you're battling, supporting those who struggle, or just curious, join us!" There can be no understanding or help without first acknowledging an issue exists. Stigmas keep too many people from discussing the very things we need to talk about. So once again, I'm tremendously inspired by the students I'm meeting on this tour. 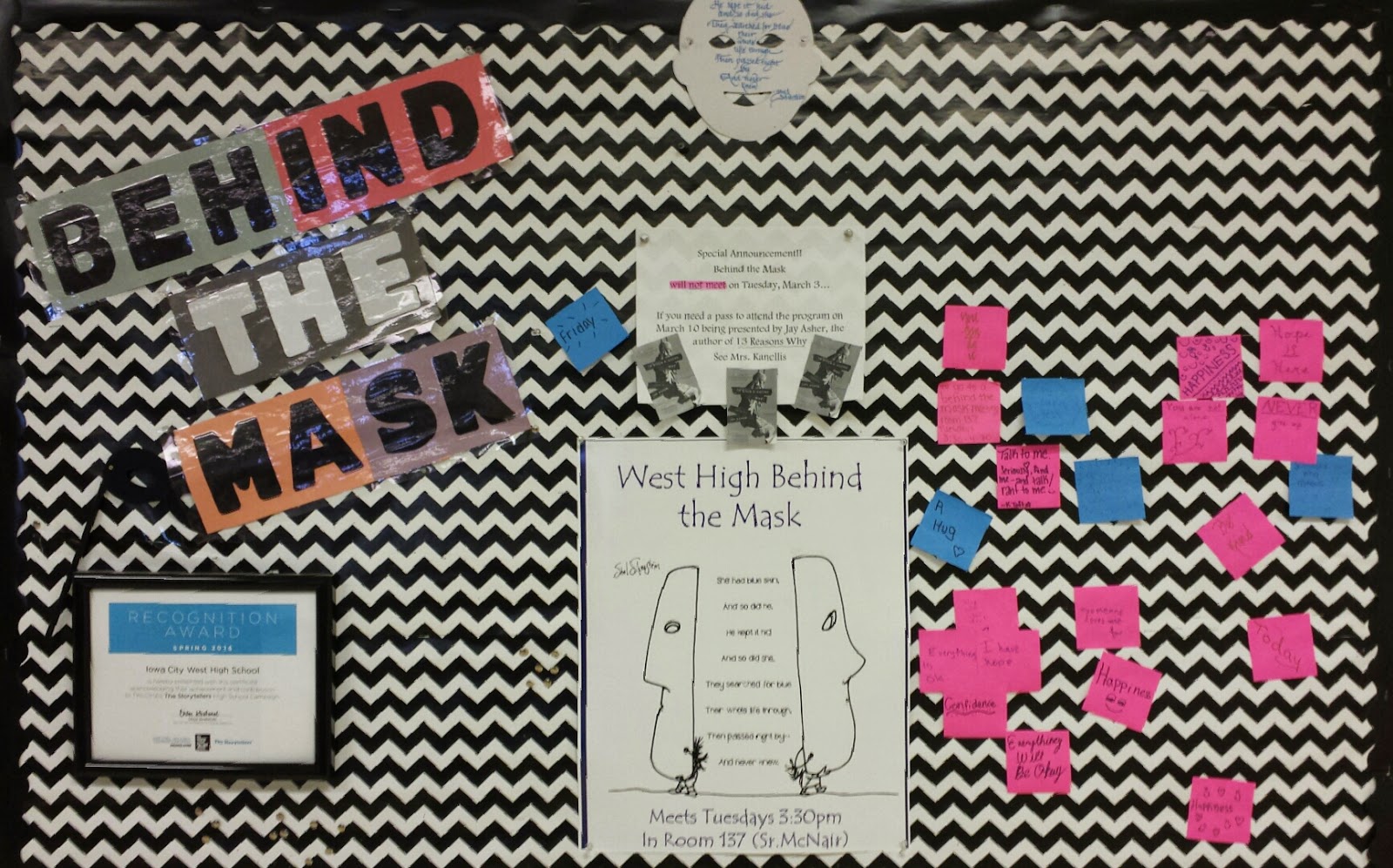 I was also tremendously happy to see this Post-It in the school librarian's office! 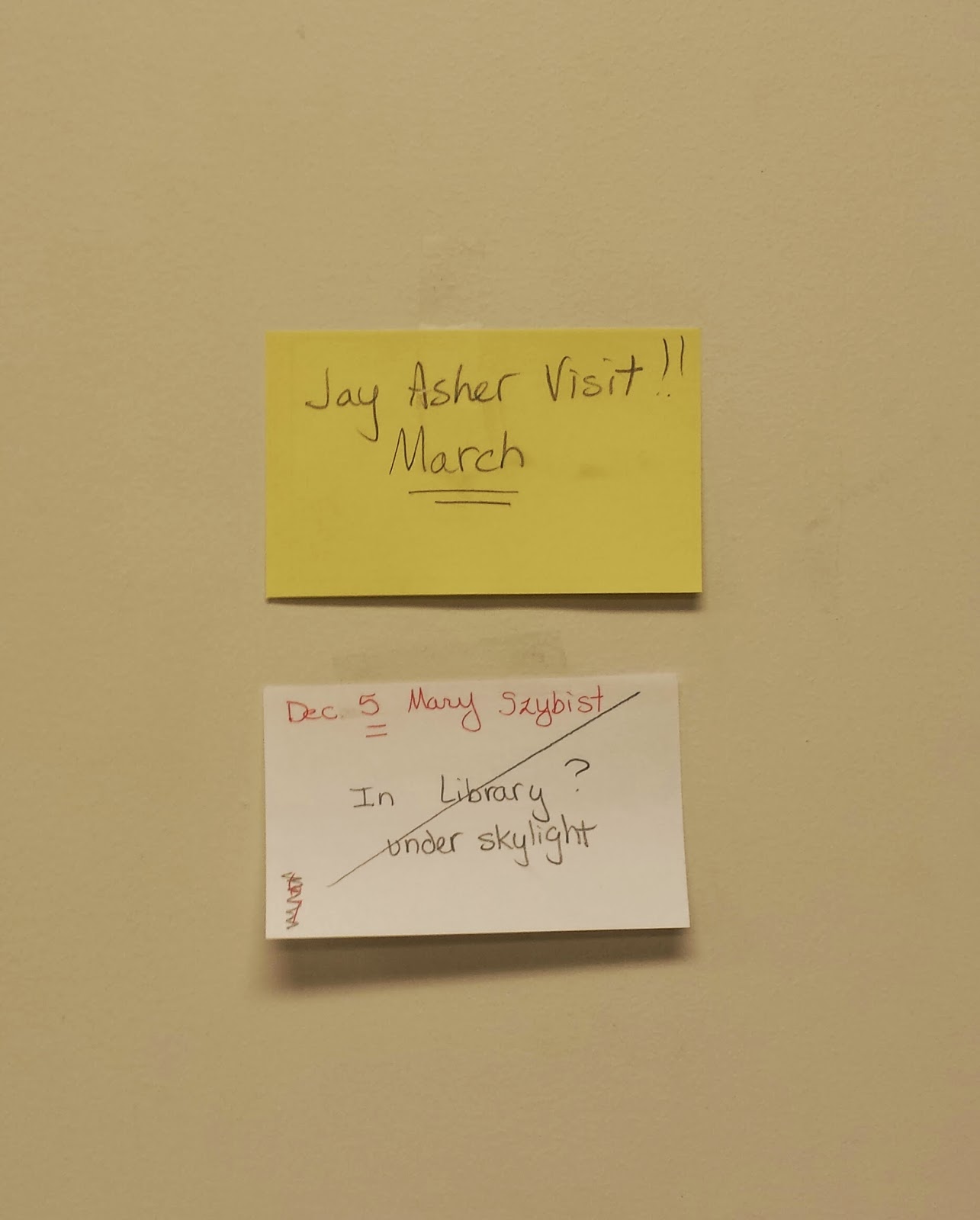 When I arrived at the auditorium where I would be speaking, the school orchestra was practicing for that evening's performance. They were so good! Even though they left the stage before any other students arrived, I pretended they were my opening act, which made me feel like a total rock star. 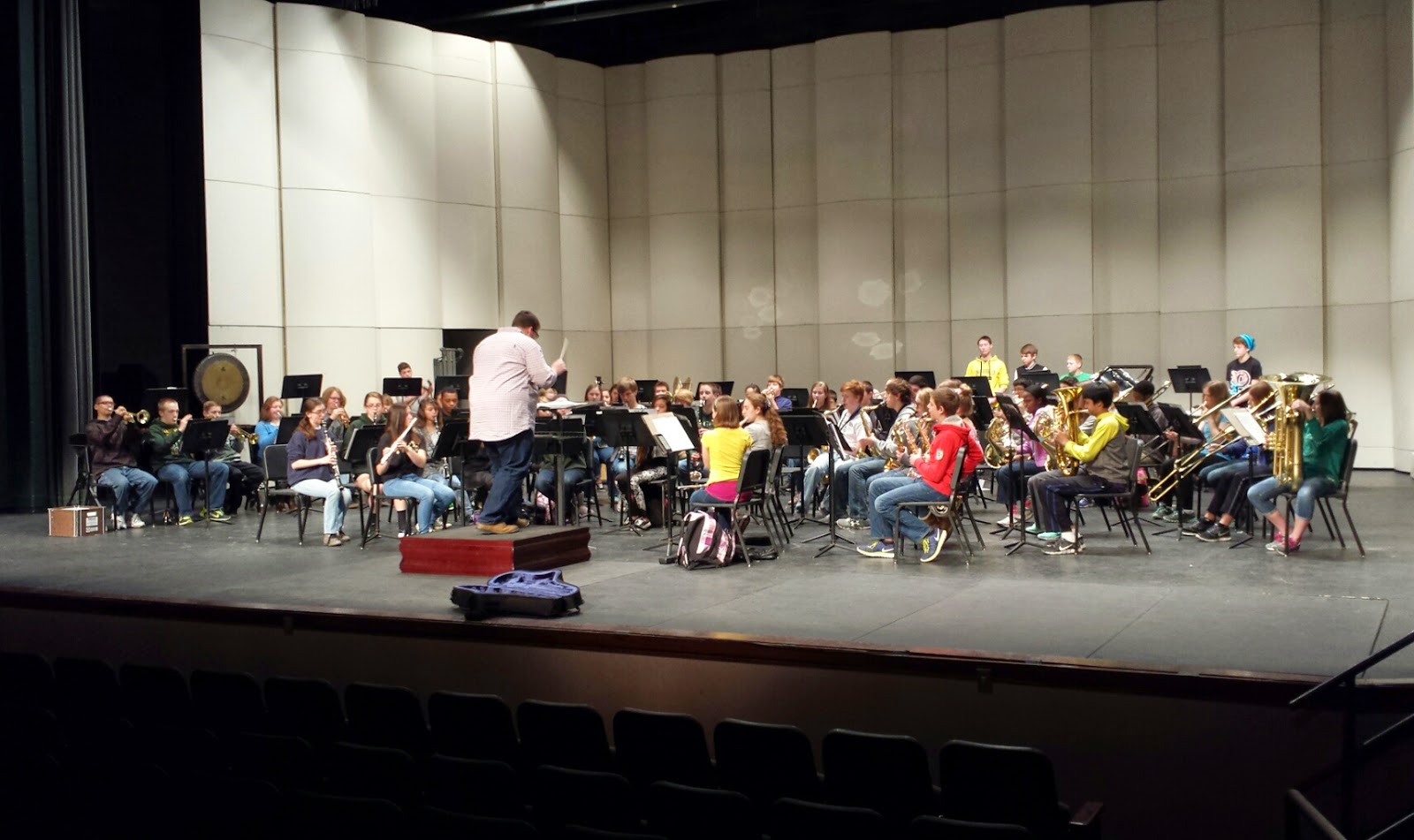 And it was a huge honor to be introduced by Ryan Hansen, the student who created the school's Behind the Mask group.

At the end of each presentation, but before I answer questions, I like to take a picture of the audience to help me remember each visit (as well as share their beautiful faces with you!). This time, after I took the photo, someone said they weren't ready. Apparently I was supposed to count to three. And sometimes I do! But I didn't know it was a necessity. So I took a second photo. Unfortunately, that one turned out too blurry, so I'm using the first one. And yes, I can totally see the person who asked for a retake. She was right, she's not looking at the camera. 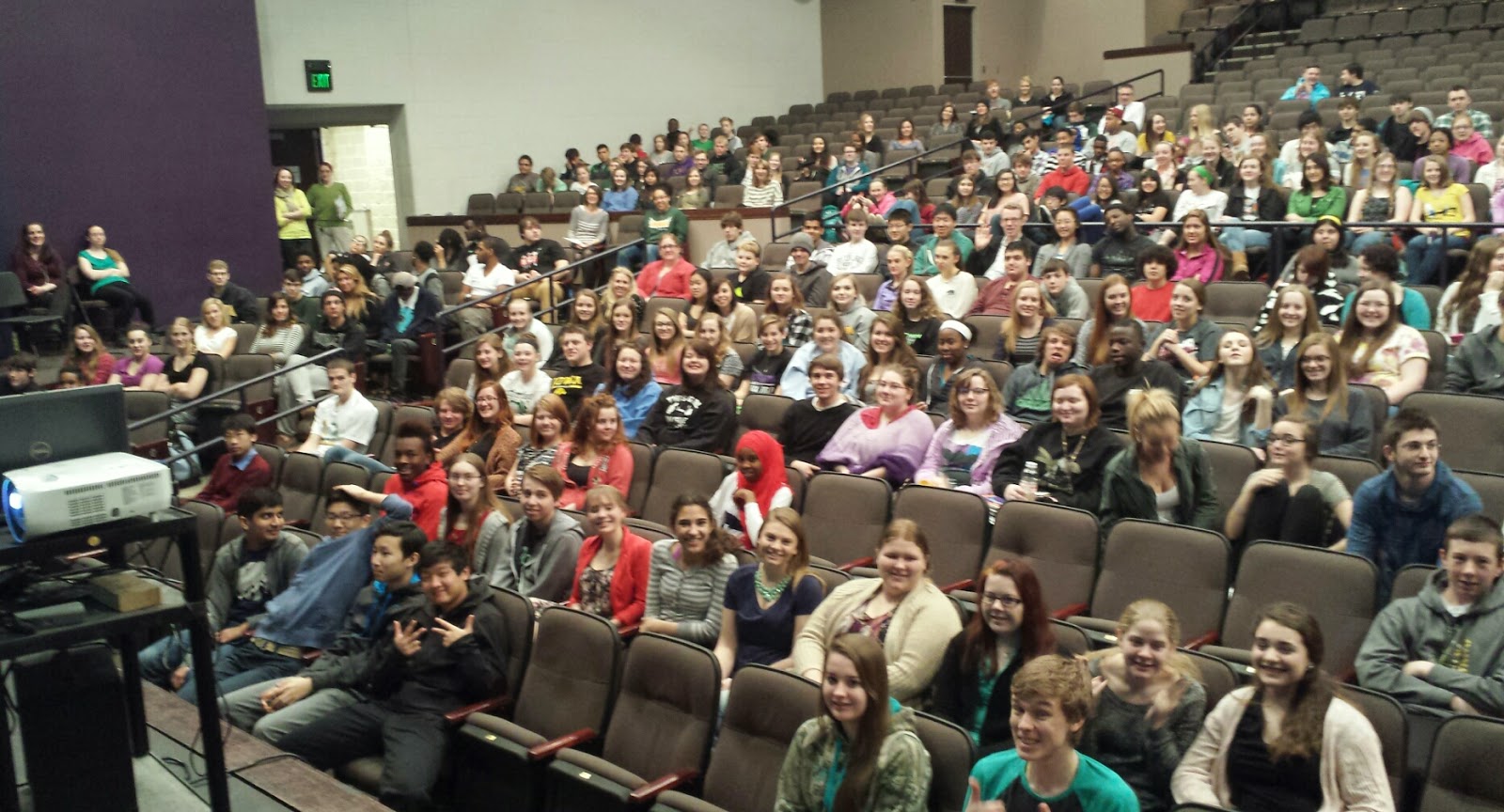 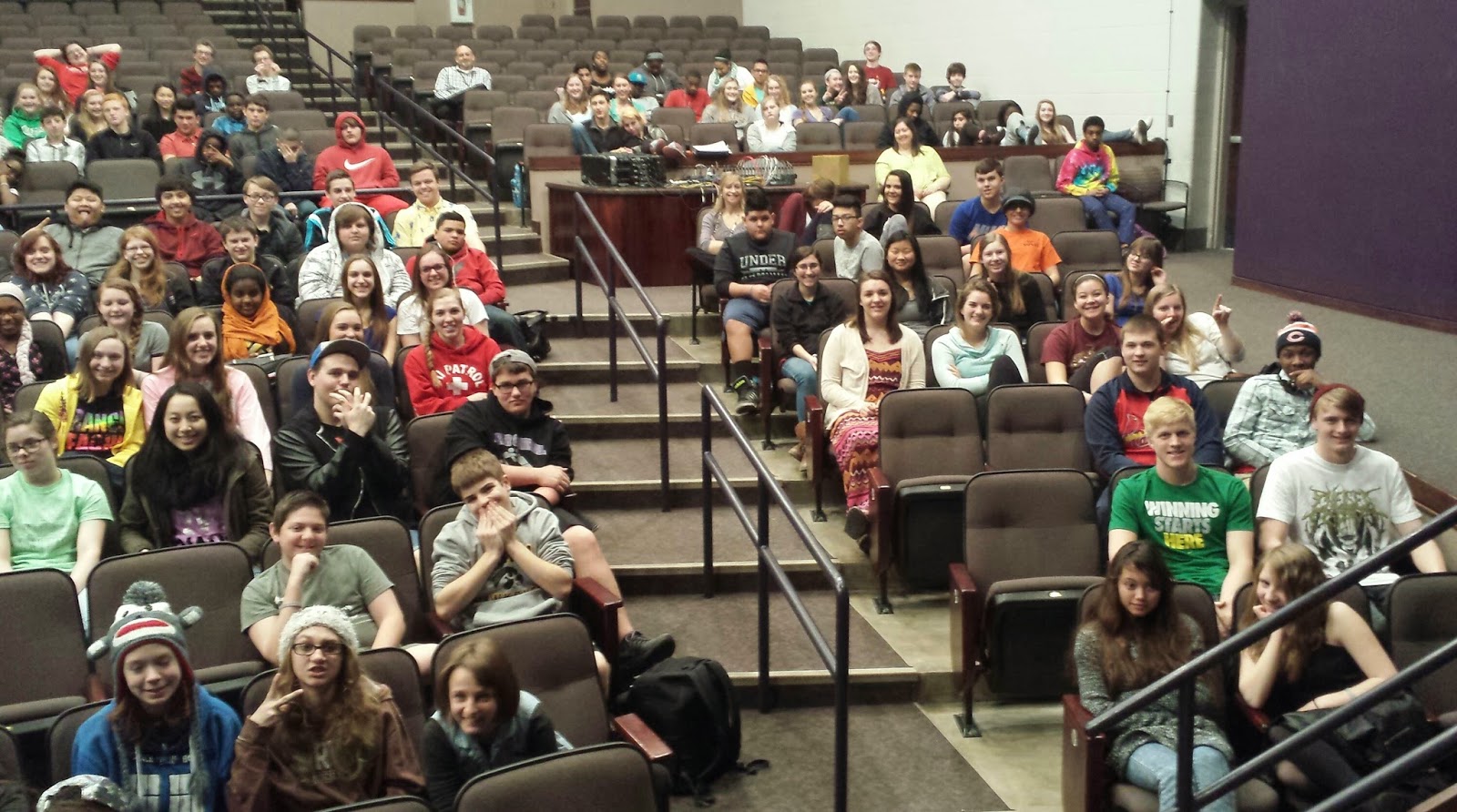 In the audience, all the way in Iowa, was a person I met years ago at a birthday party for a mutual friend in California. Shayla Shader's dad actually went to high school with my wife! 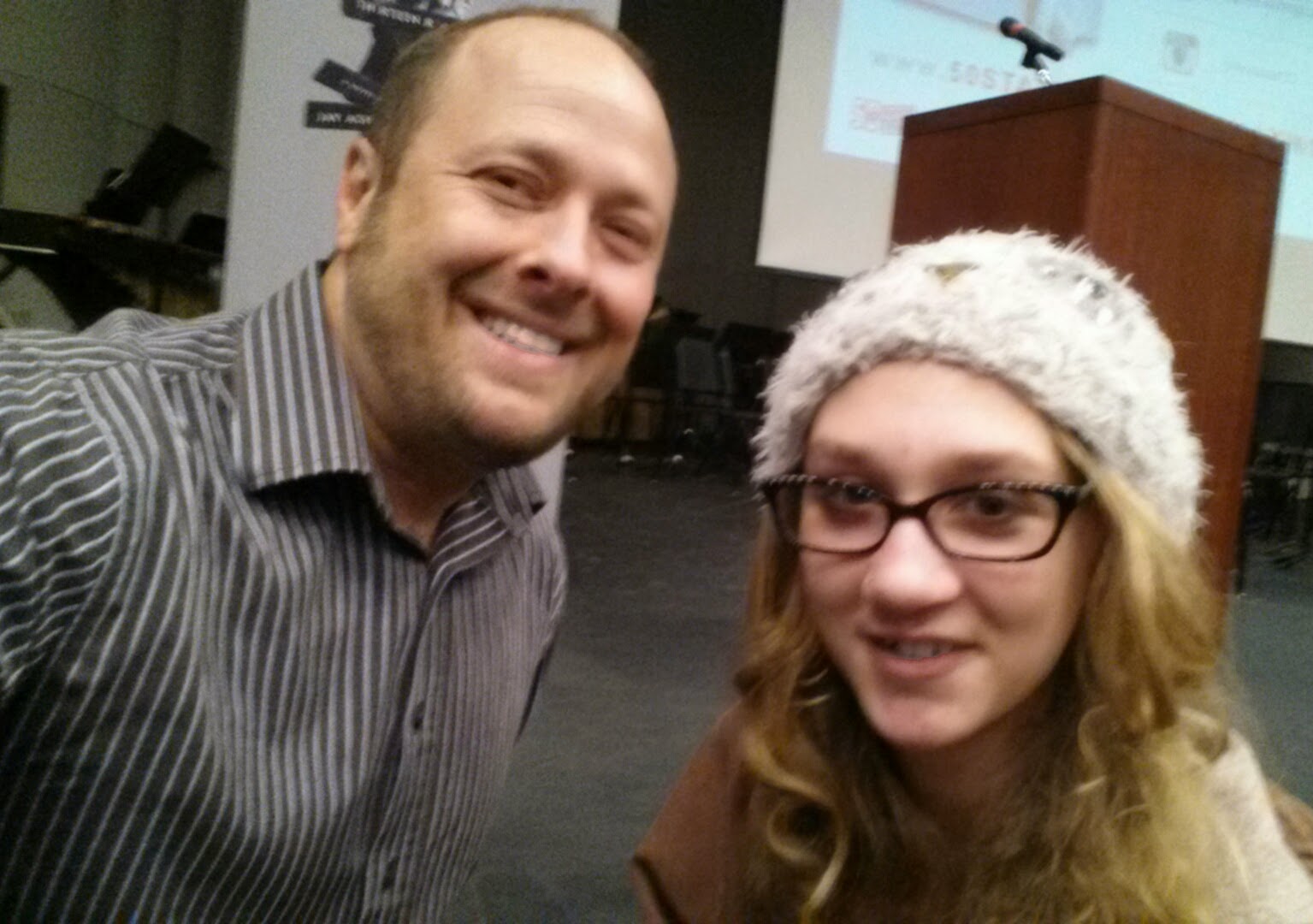 After the presentation, I had lunch with several students, teachers, and librarians. We had a great conversation, finished it off with delicious cupcakes, and I get so excited every time I see a copy of my book with lots of colorful Post-Its marking passages. 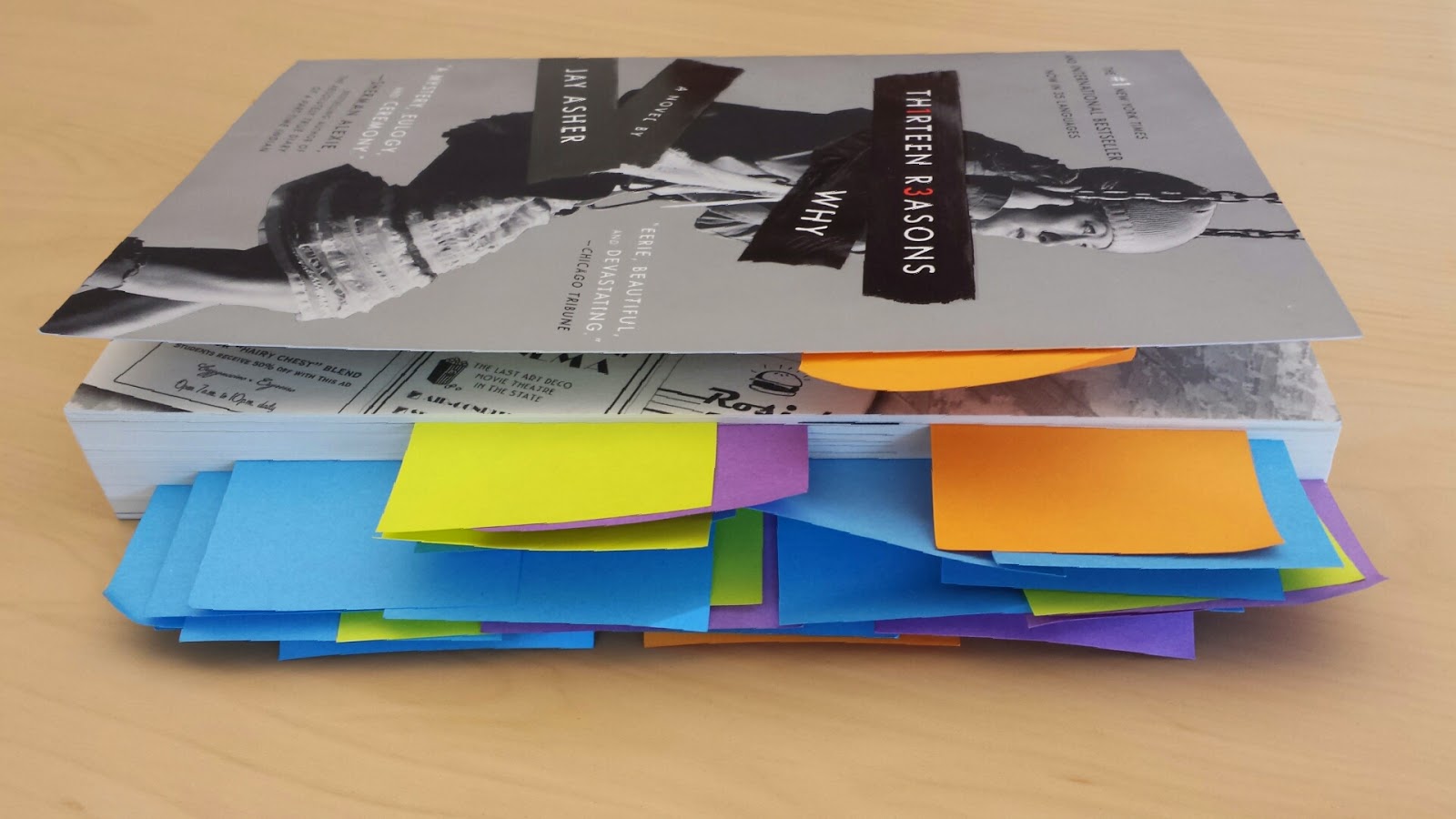 Before leaving, I was given a t-shirt for the school's now defunct Quidditch team. Based on the interest in my new shirt, I get the feeling there may be a new gathering of the Broom Shakalakas. (They also gave me a shirt for my son!) 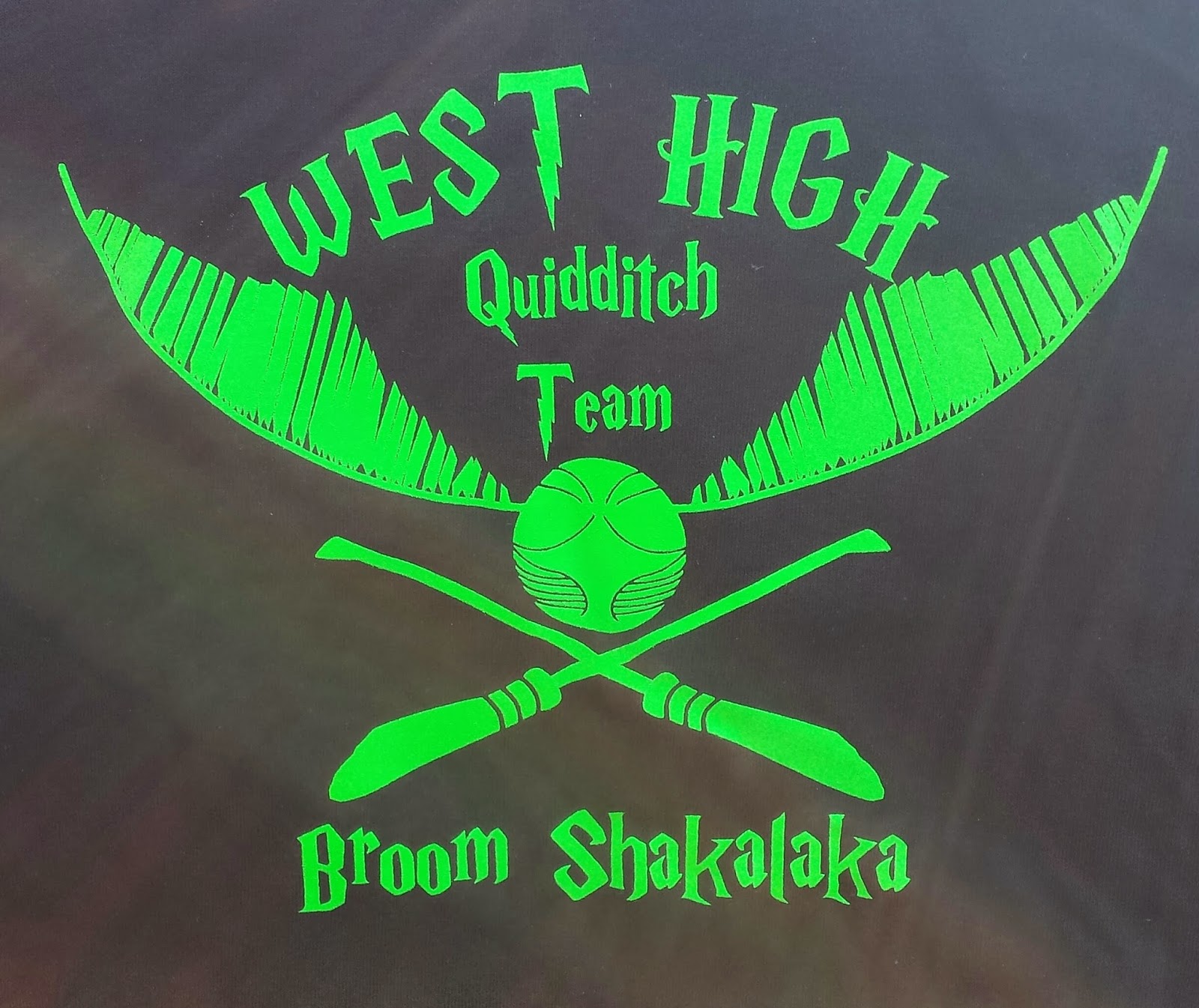 Thanks for a great visit, Iowa. And if you're keeping track, yes, you're the first school to make me use the name Post-It two times in one blog post. (Or, does that now count as three times?) 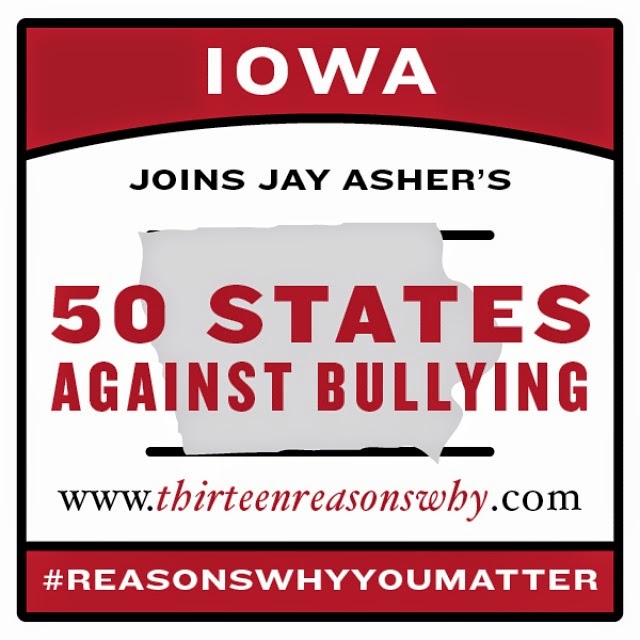