The forty-sixth stop on my 50 States Against Bullying campaign was Arkansas. Their motto is Regnat Populus ("the people rule"), But a more accurate motto would be Regnat Razorback, because those piggies are everywhere, decorated in all sorts of designs. 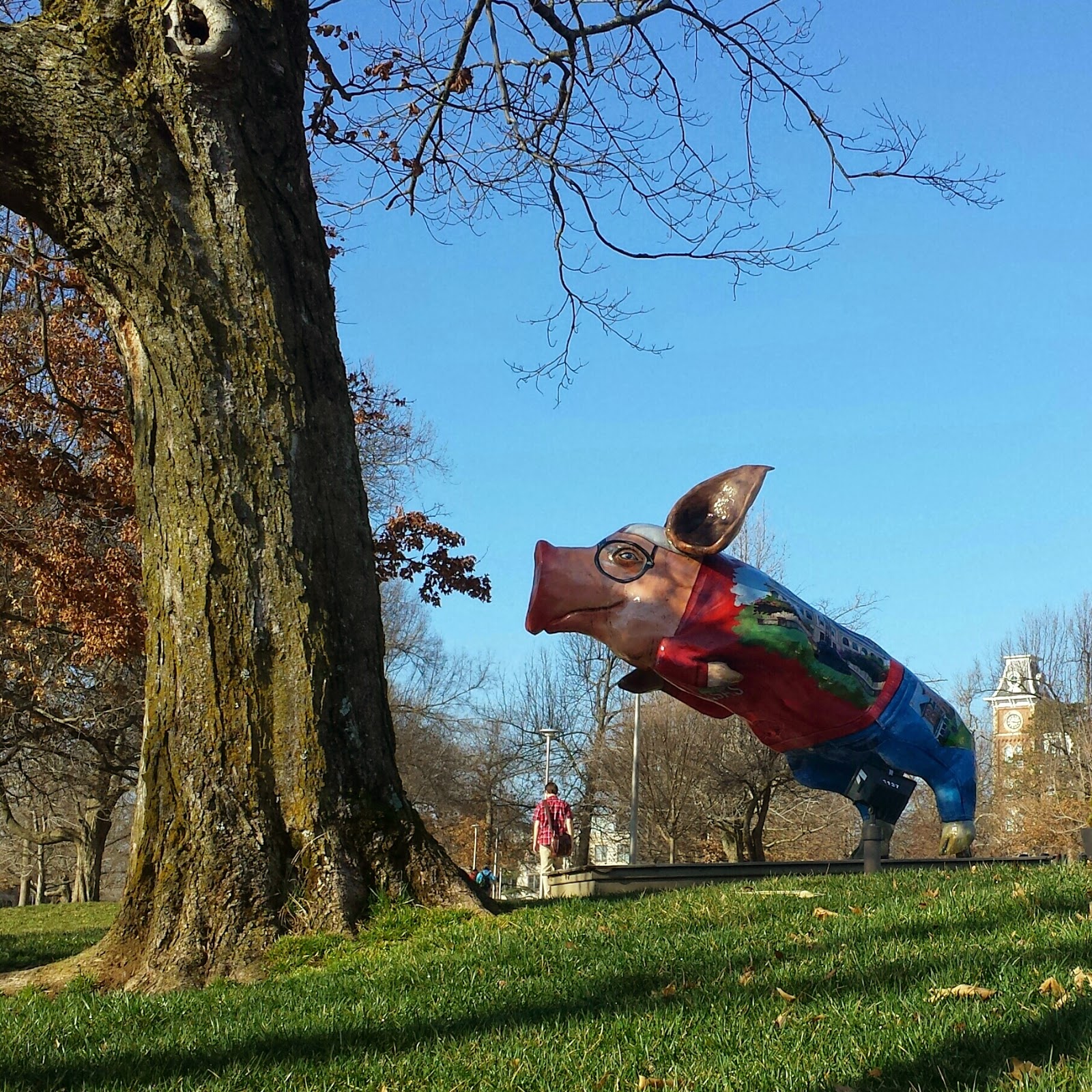 There, I gave an NPR interview in the morning, then met up with local YA authors Kate Hart and Karen Akins for coffee, followed by a trip to the Clinton House Museum. I love getting few extra hours in a town to check out its history and culture. Every place has something! This museum is the house where Bill and Hillary Clinton first lived. In fact, they got married in the living room. 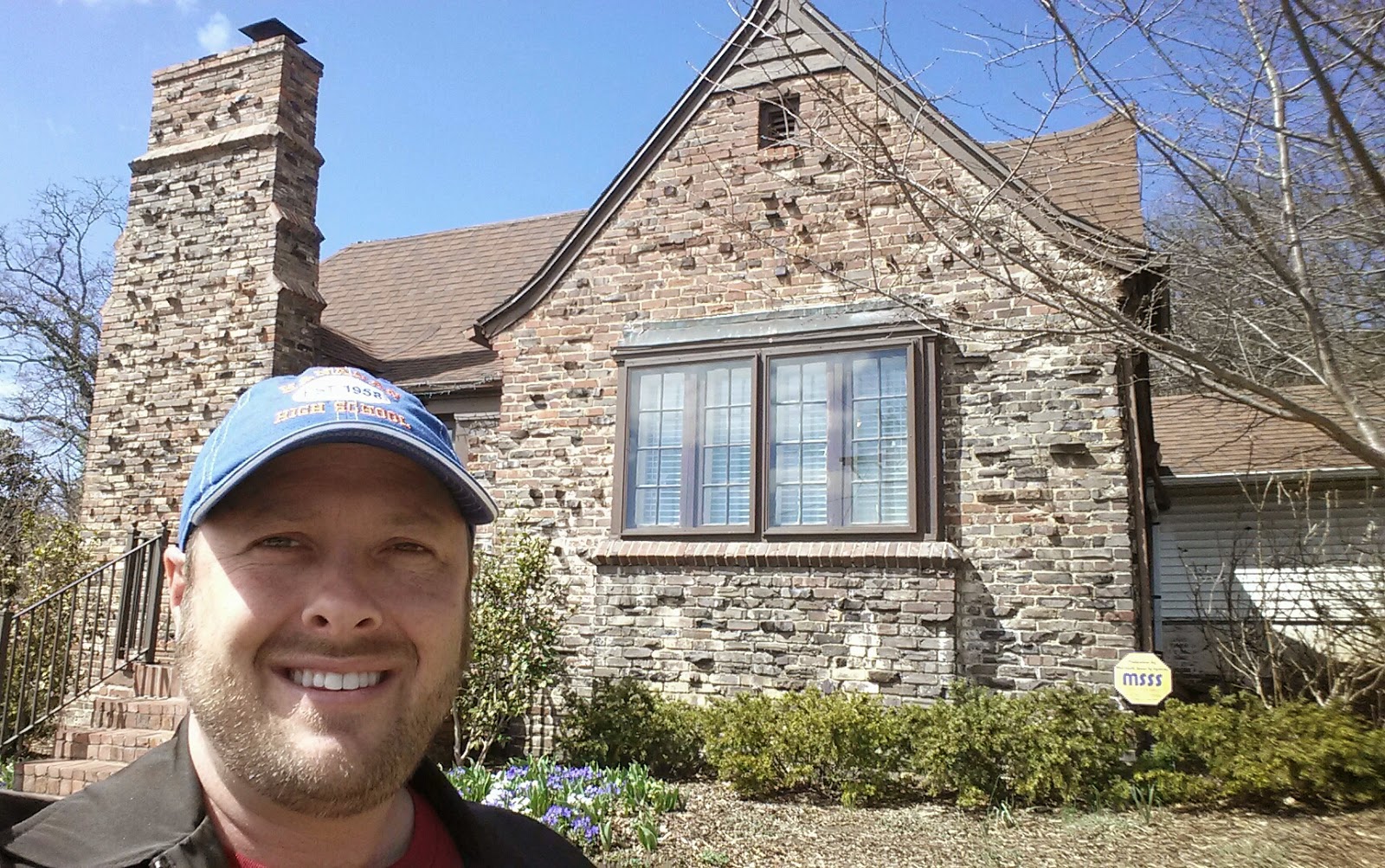 As a previous resident of this house, Mr. Swanson invented the chicken pot pie as we know and love it in this very kitchen! That American achievement is commemorated on the refrigerator, and that's why I think we should change the saying to "...as American as chicken pot pie." 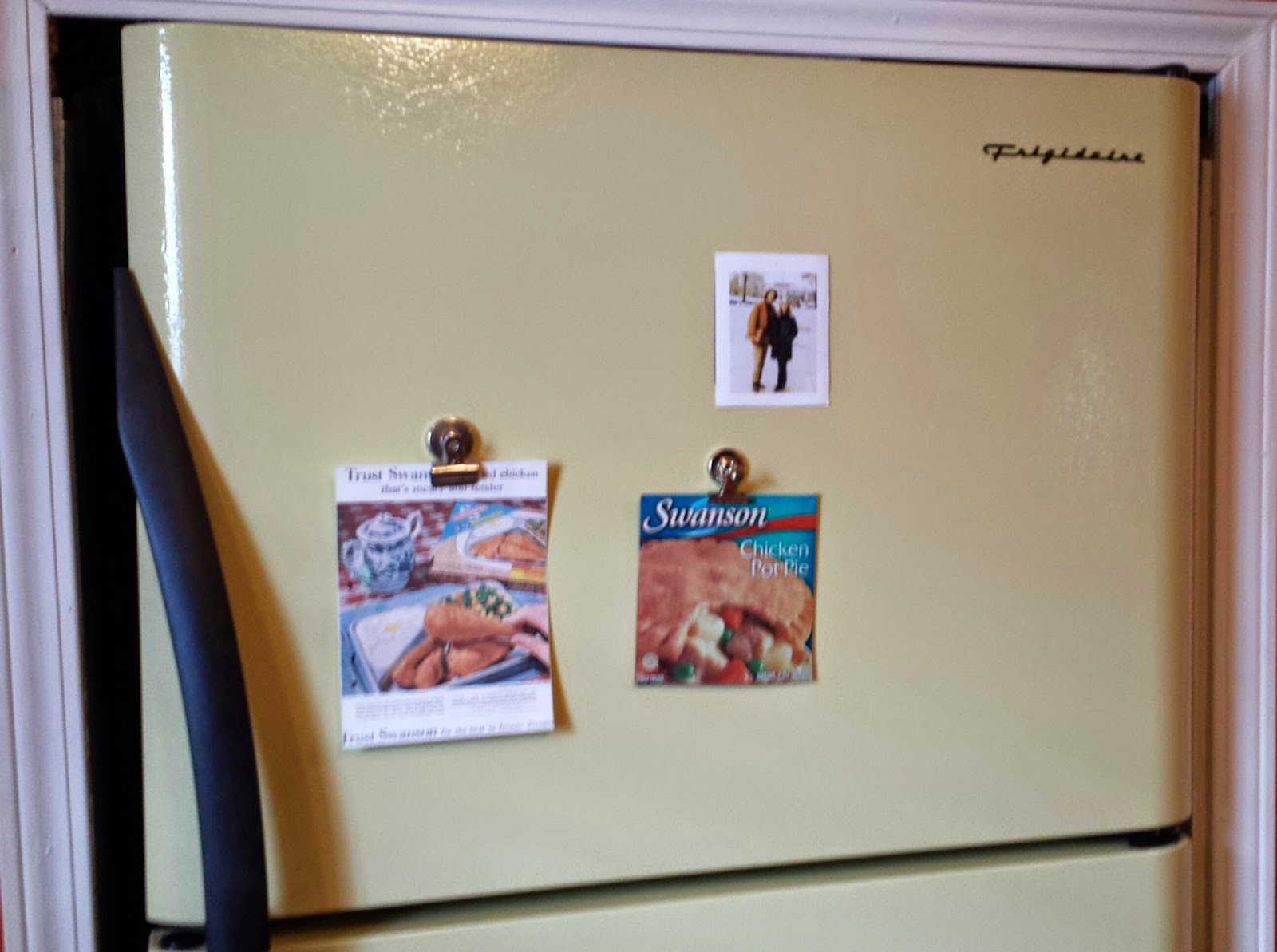 From there, I drove to Crystal Bridges Museum of American Art. I'm always amazed when I get to see an art piece I've seen in books or studied in school in real life. It almost feels unreal, like it must be a forgery. This museum's current exhibit is filled with such treasures, such as this one by Mark Rothko, which is called Orange and Yellow. (Someone should tell the gallery they hung it upside down.) 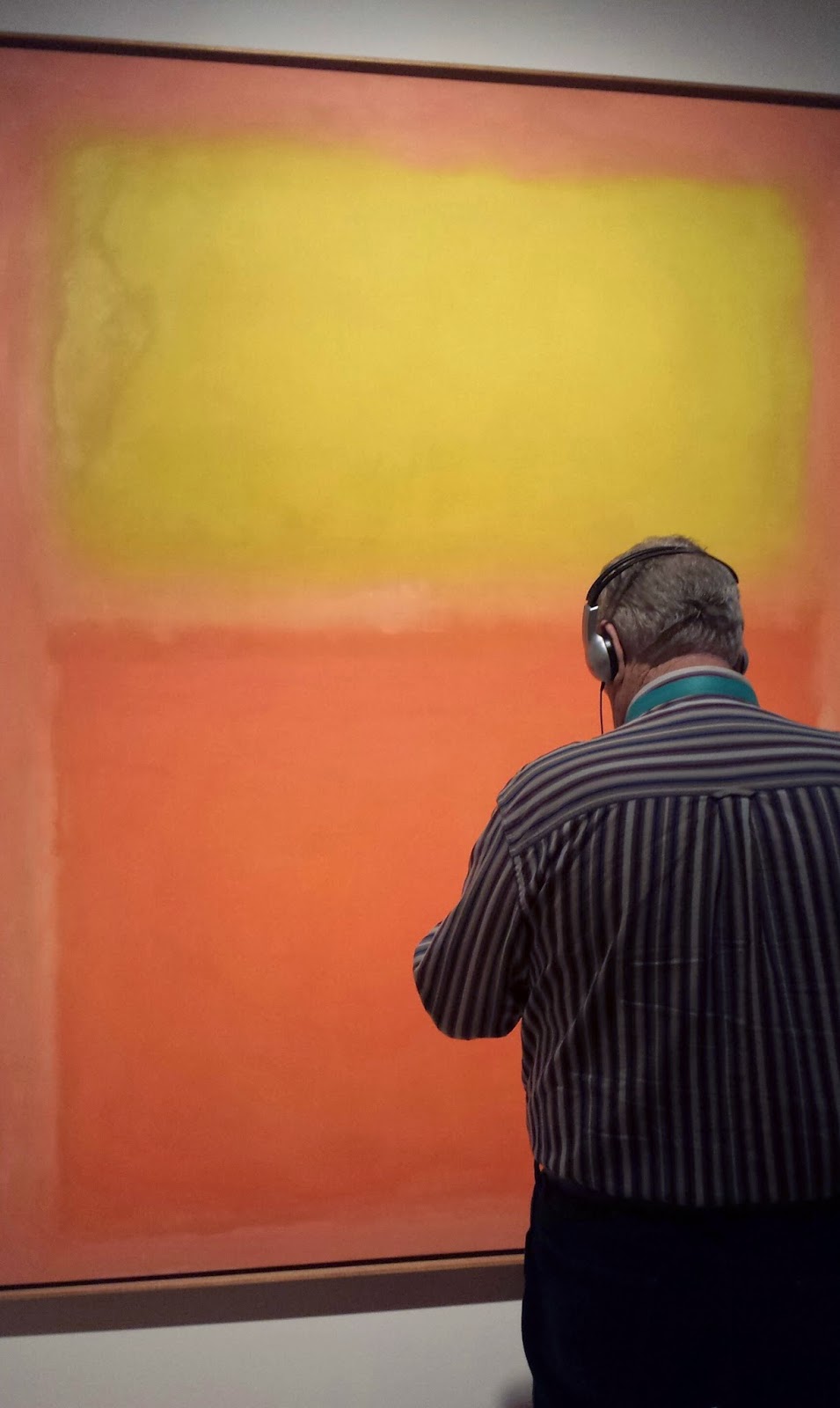 This sculpture by Emma Marie Cadwalader-Guild, Free, became even more powerful the more I walked around it. 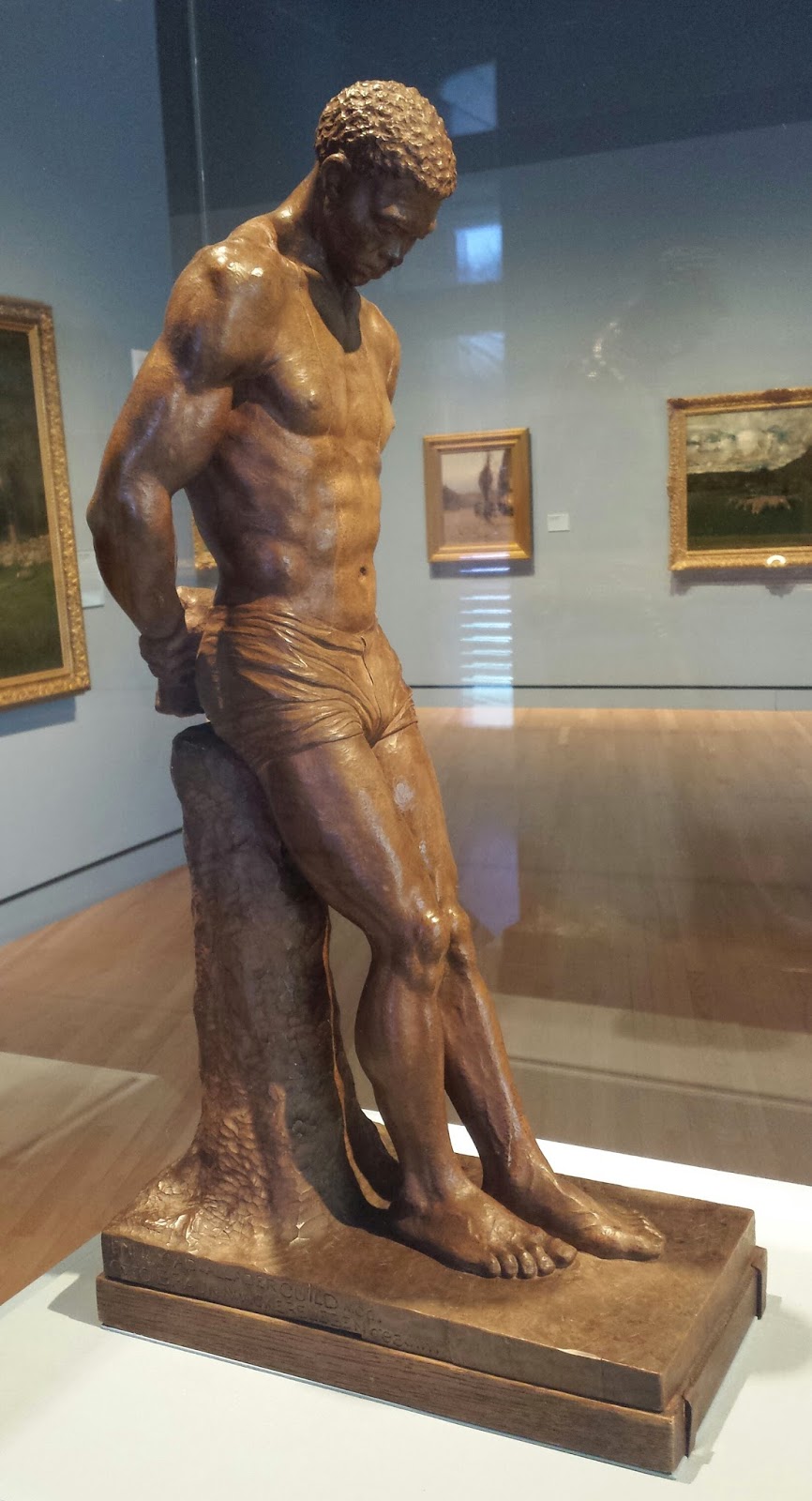 A family favorite has always been Mary Cassatt. 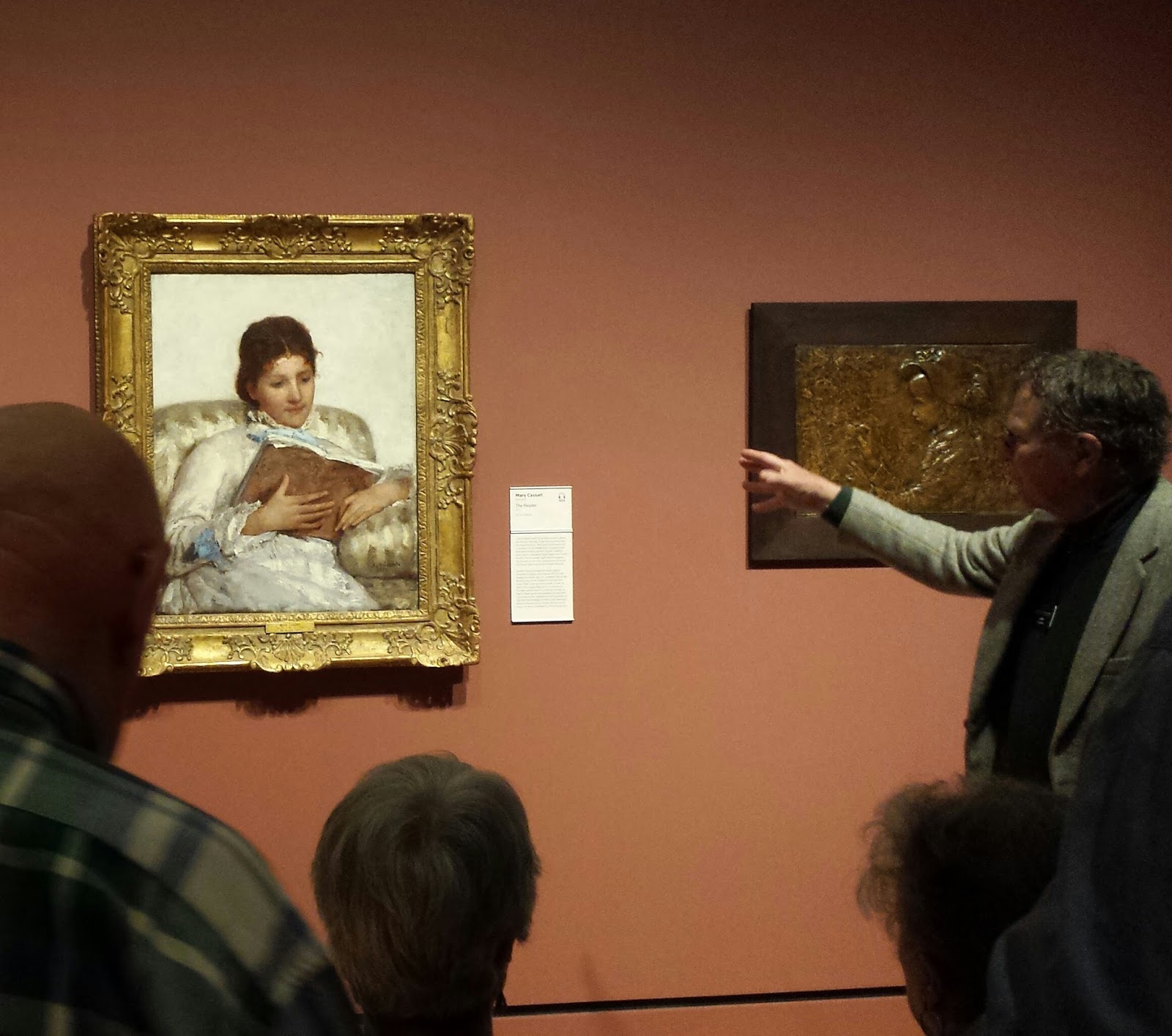 Since my son loves When Pigasso Met Mootisse by Nina Laden, I had to take pics of works by its two artistic inspirations, though they didn't have any of Picasso's cubist works on display. 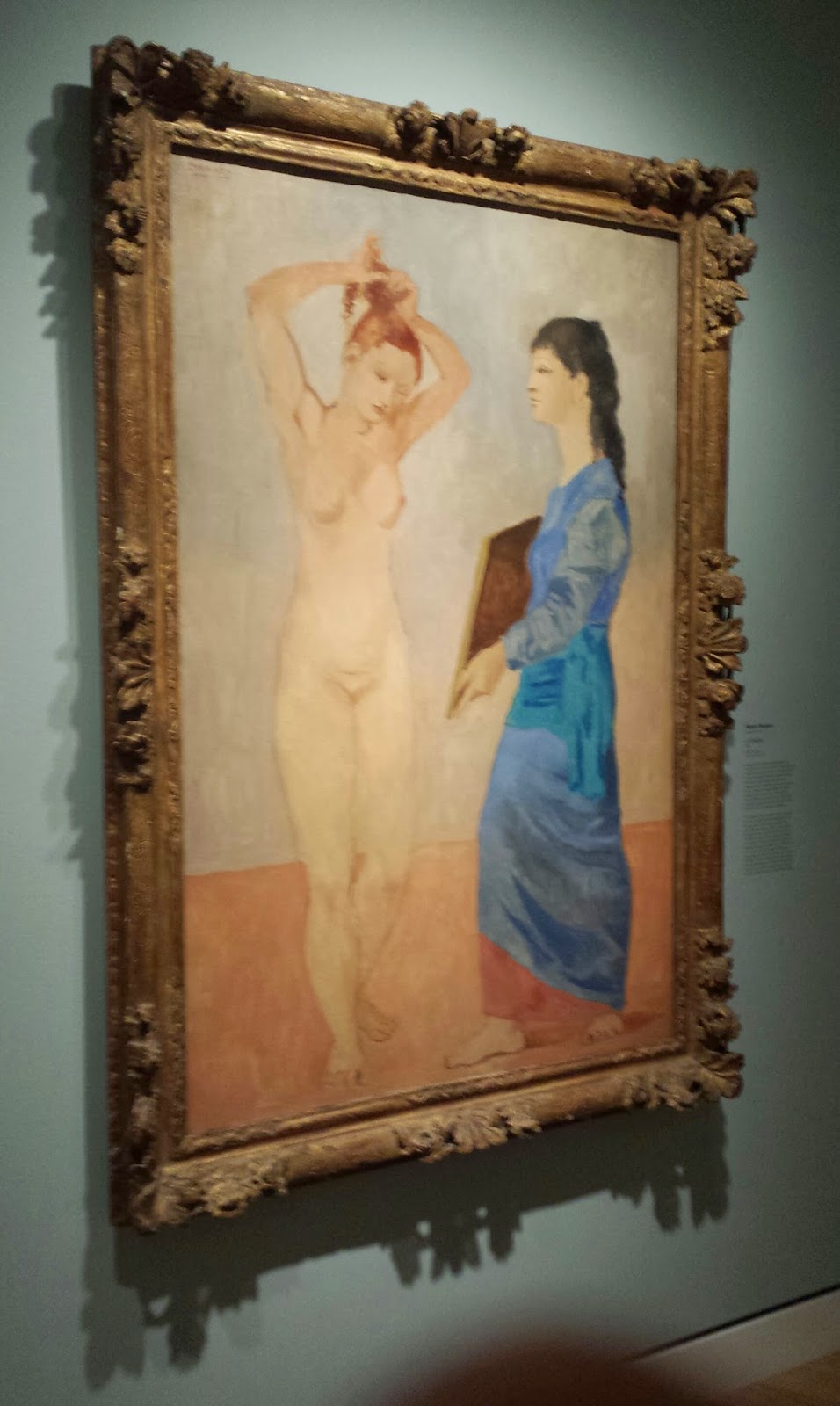 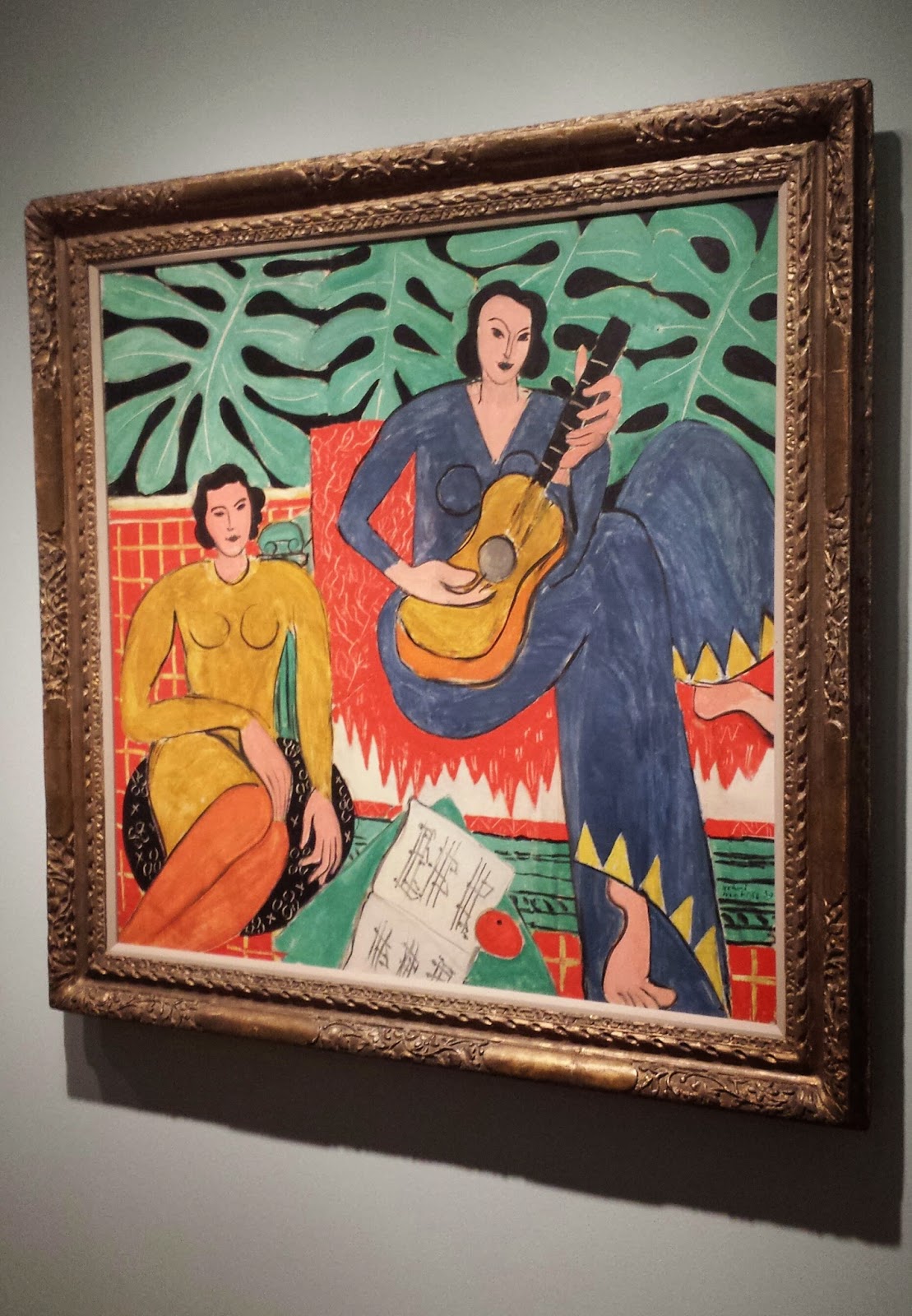 That evening, I spoke at the Fayetteville Barnes and Noble.

The event was a fundraiser for the Arkansas Crisis Center. As I say in every speech, these organizations are one of the most beautiful things our society offers. Make you sure you know the ones in your area. 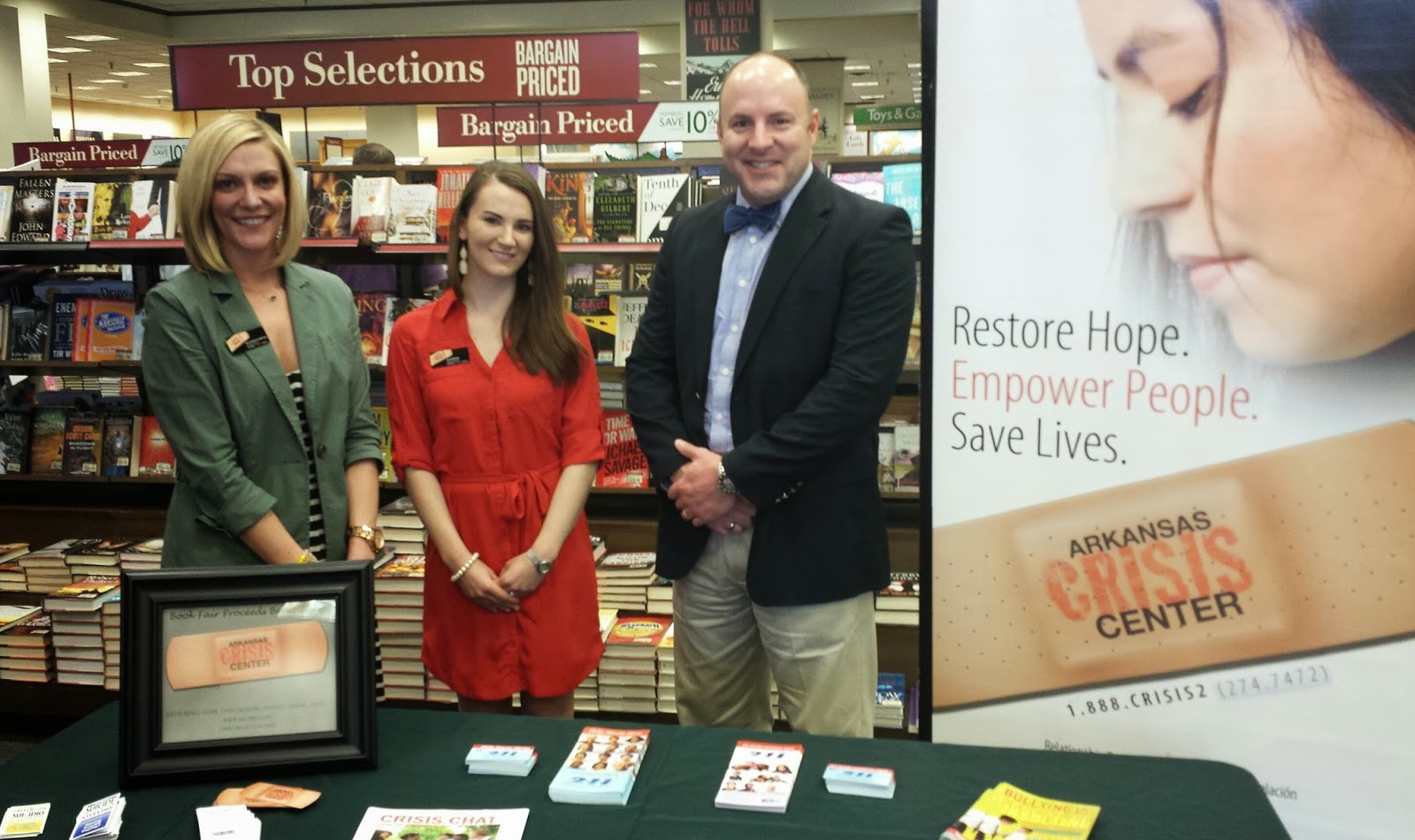 There were faculty members from Fayettevelle High School, where I would visit the next day, in attendance. But introducing me was Mayor Lioneld Jordan. I had never been introduced my a mayor before! I was quite excited (especially since, from what I read online, he seems like a cool dude), but when he presented me with a Key to the City? That. Was. AMAZING!!! 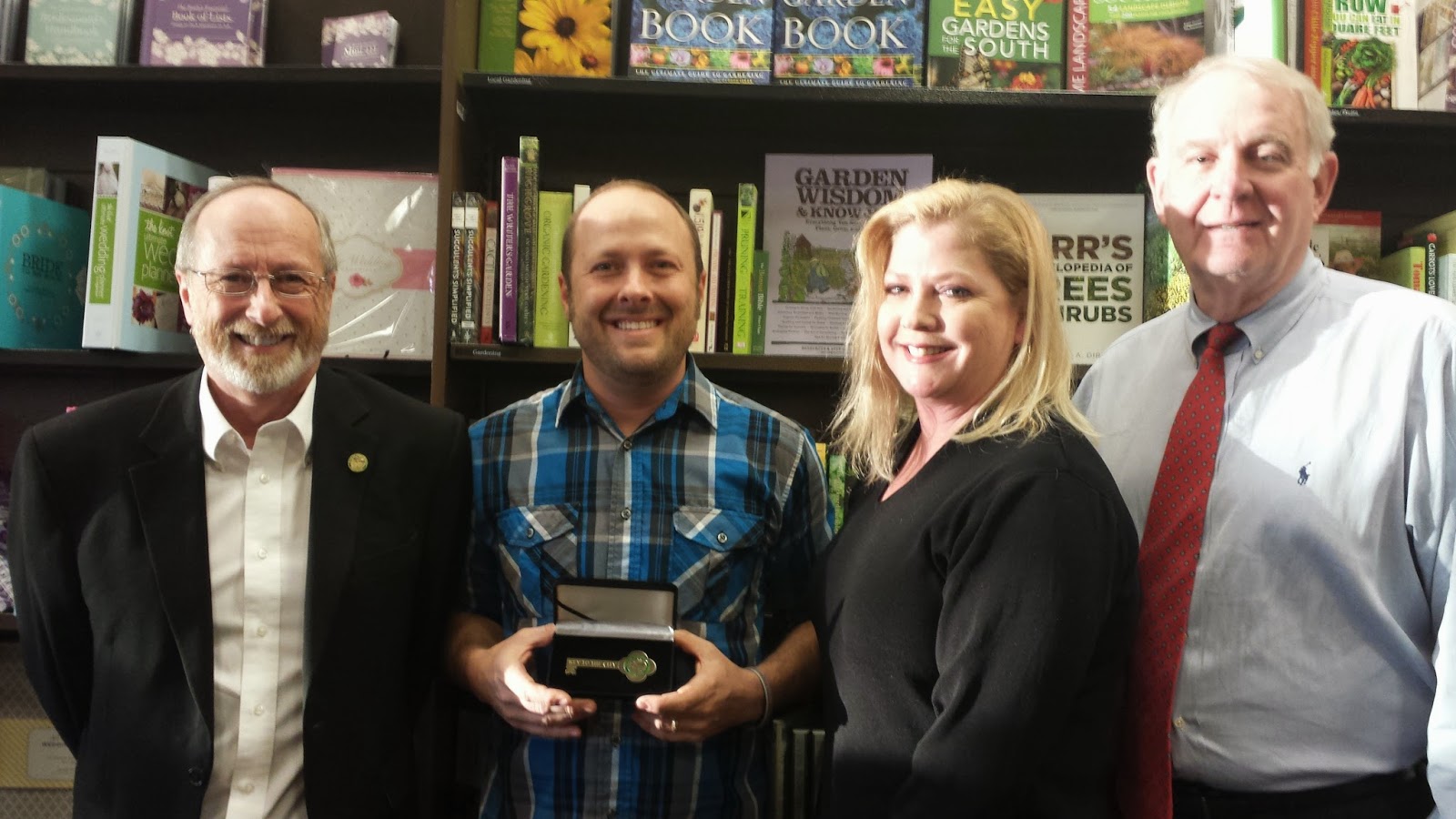 The next morning, I arrived at the high school for a meet-n-greet with faculty, as well as a chance to dip into some Dunkin' Donuts. Why were these donuts green? Because it's St. Patrick's Day, of course! (But on any other day, do not eat the green donuts. Let's just say, lesson learned.) 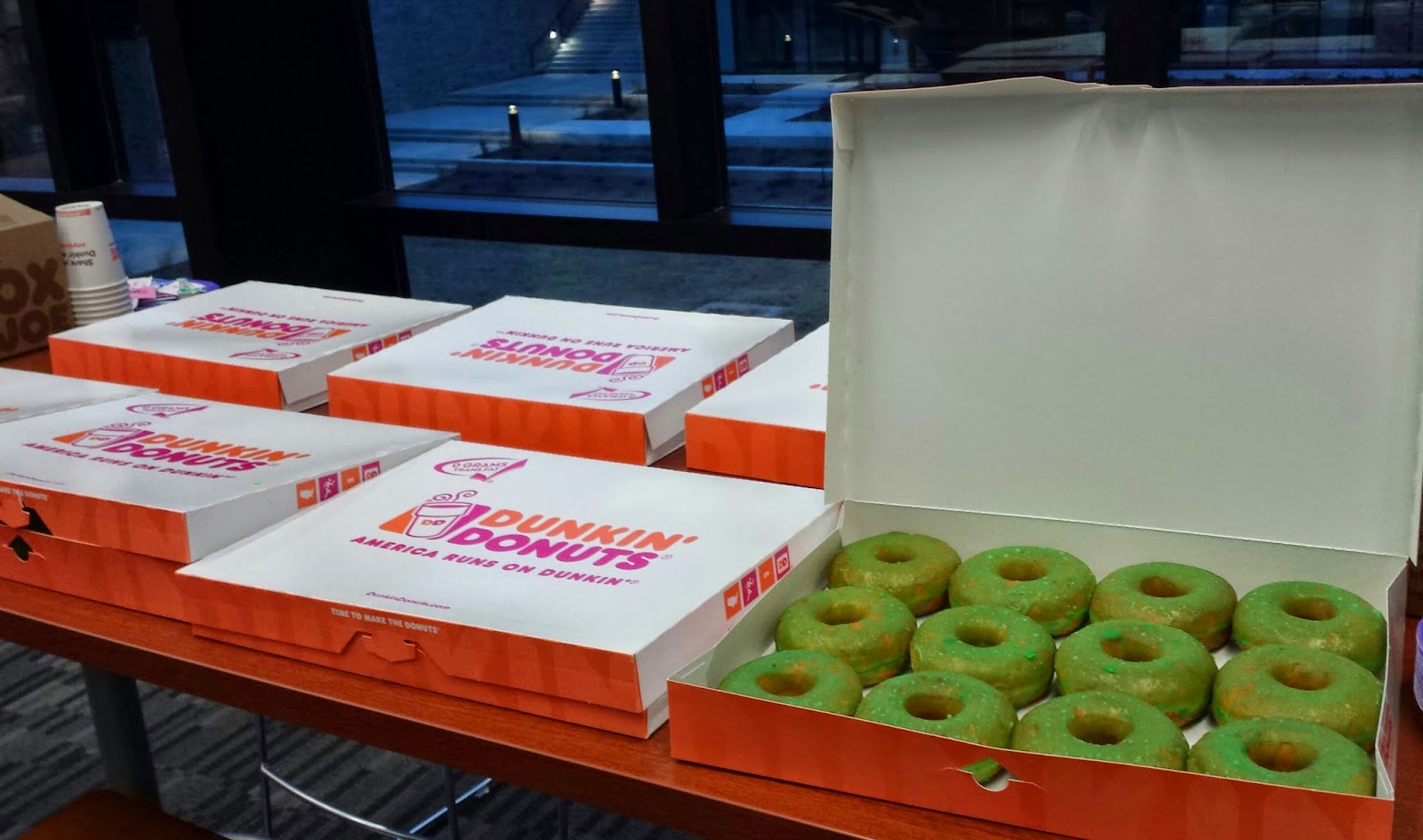 I spoke to the entire sophomore class, and these students provided me with some of the most touching moments of my entire career. The abundance of hugs after my presentation was beautiful, but some of the things they opened up about can do nothing but humble a guy and make him feel honored to have earned that trust simply by writing honestly. It's an honor I never take for granted and I will feel grateful for forever.

One of the most beautiful yet simple expressions of caring that I've seen involved two students who stuck around to share their experiences with me. While I was speaking with one, the other stood a few feet back but could hear what was being said. The second student finally spoke up. "I know we haven't been friends in a while, but you can always talk to me."

And that's what this has all been about. 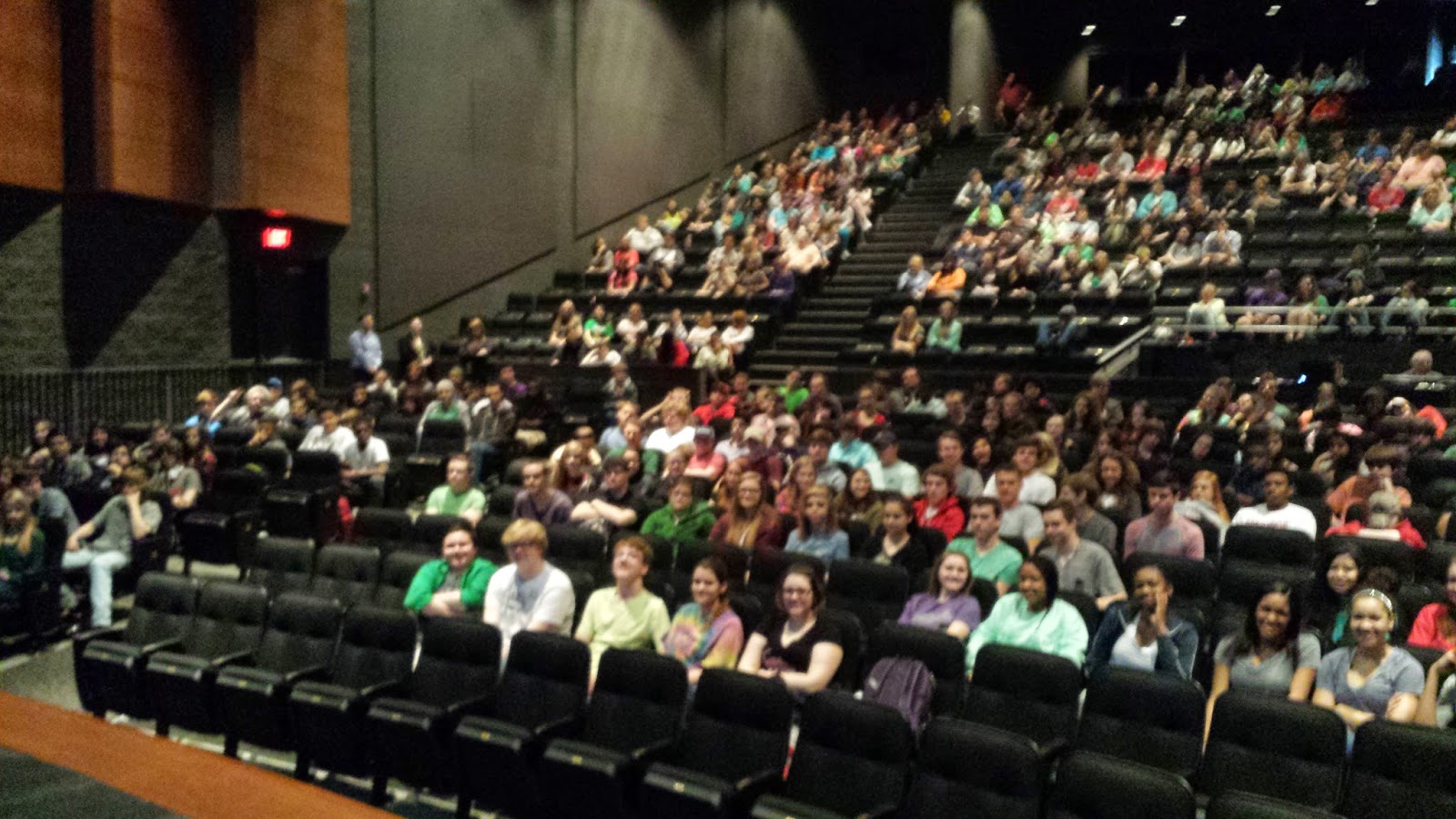 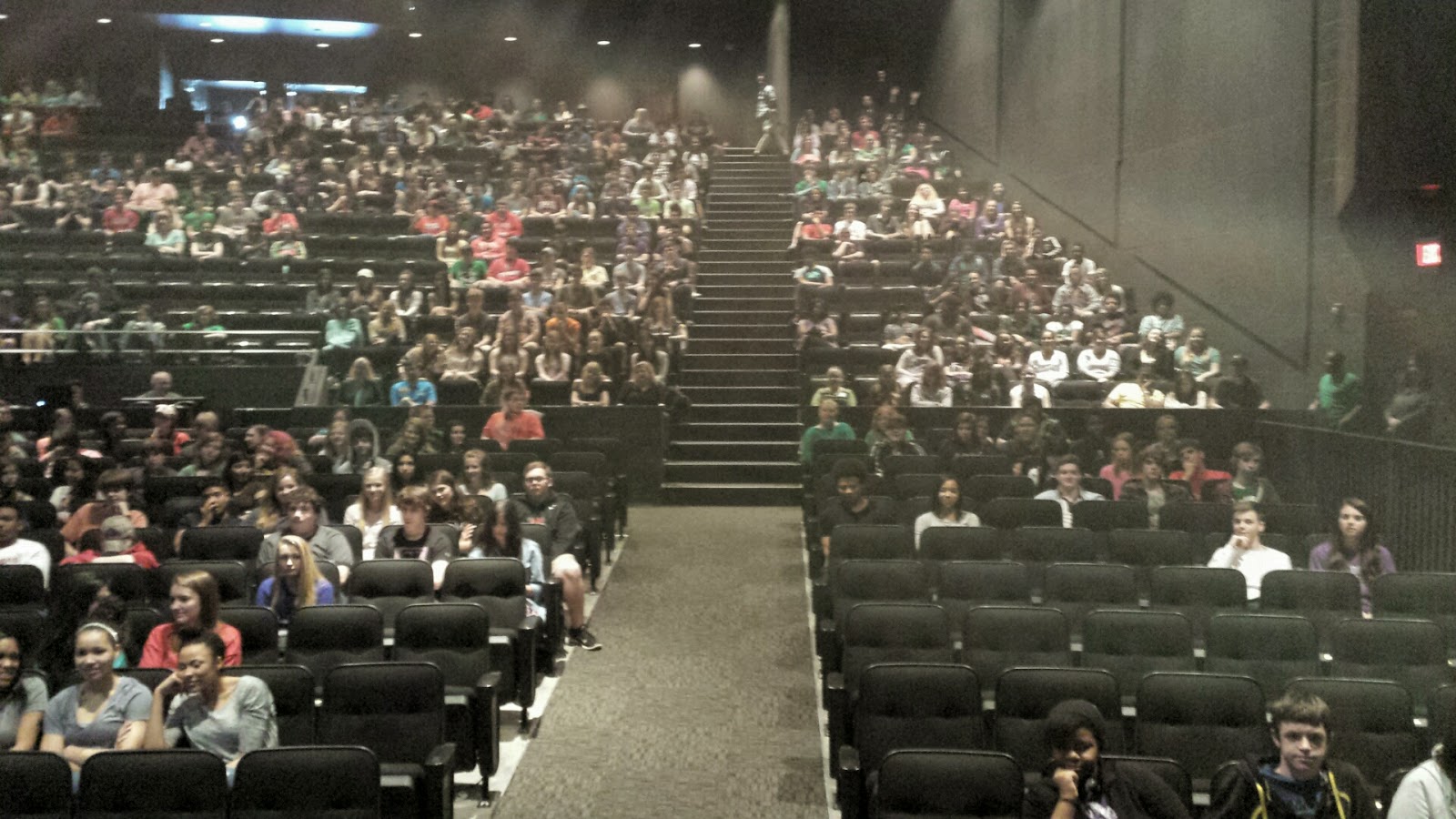 Plus, a couple students went out the night before and bought rings for all three of us. 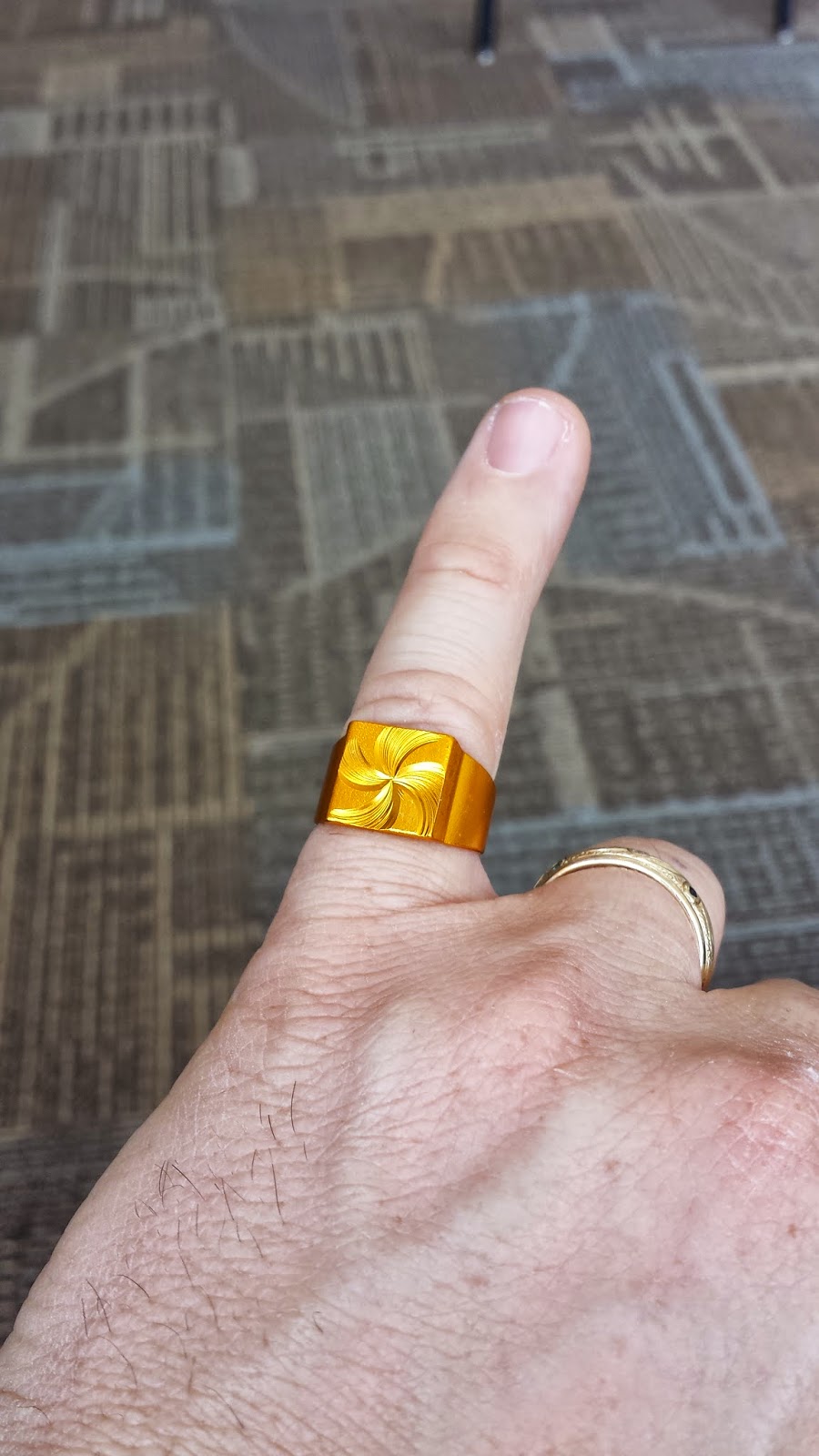 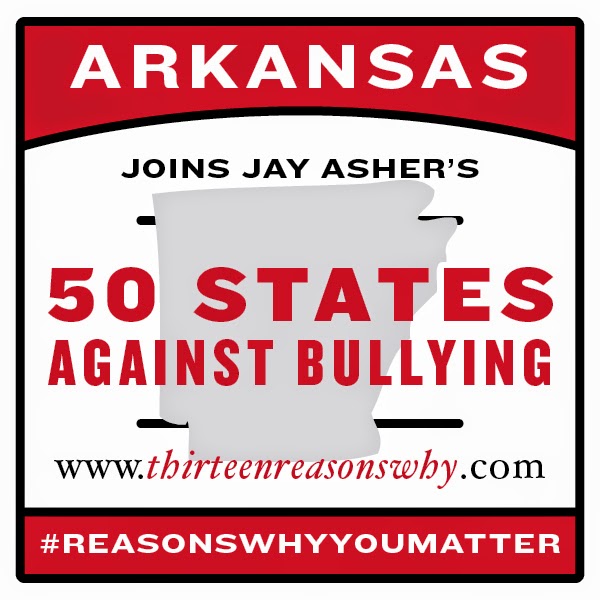 This is just great, Jay. Really fantastic stuff you're doing.