I love that most airlines now let you keep your phone on (in airplane mode!) so I can take air shots of places I'm visiting. Or places I'm briefly hopping into, like L.A., as I make my way to my next stop. 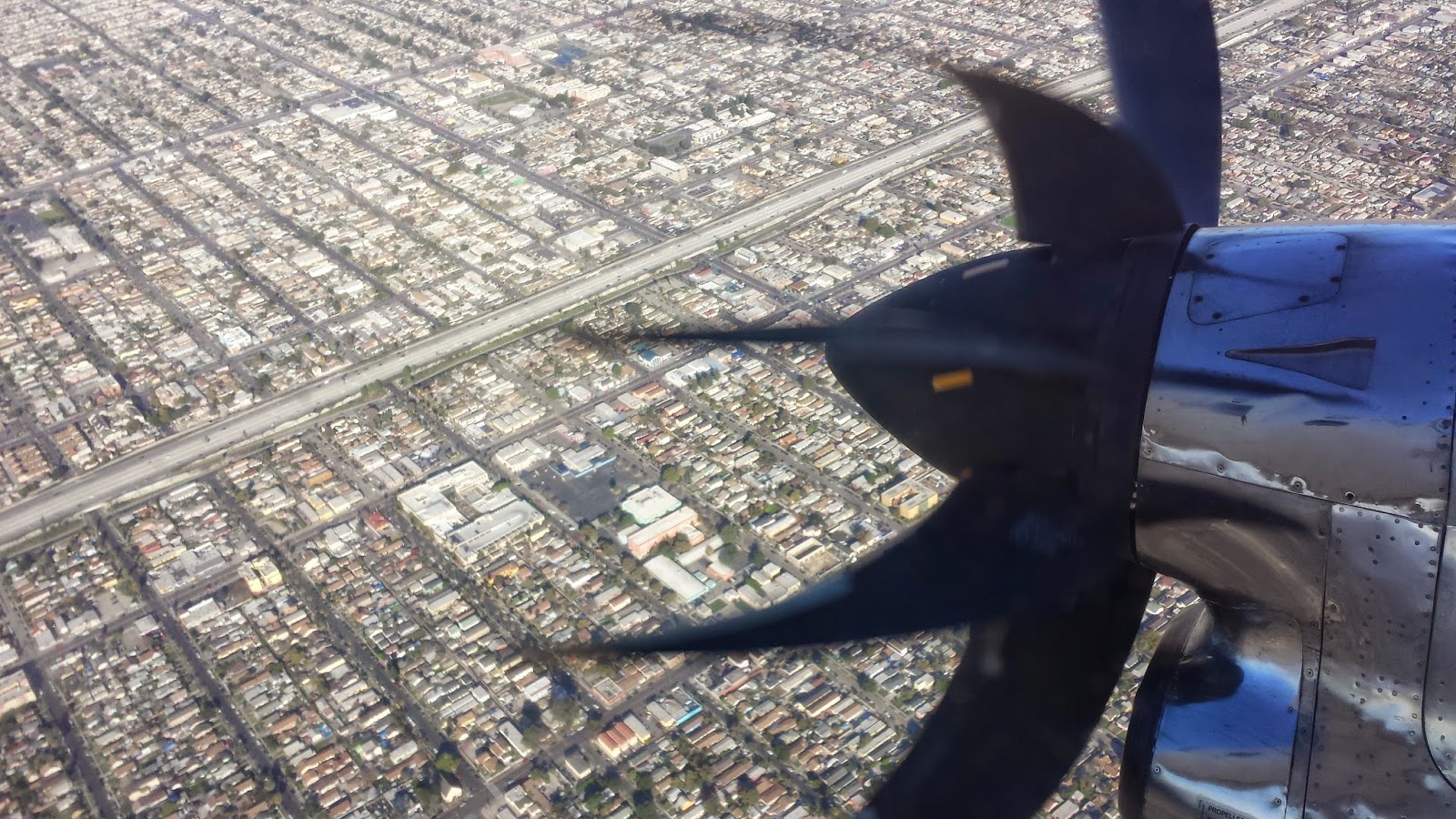 My next stop, the forty-fourth visit of my 50 States Against Bullying campaign, took me to Tennessee. There I got to spend more time in one of my favorite cities, Nashville. One of the greatest opportunities Nashville provides is live music (you knew that, right?), and I was lucky enough to have a real, live country artist show me where the locals go for that sound experience. Brittany Bexton has been a family friend since my wife was her counselor at a music performance camp. Yes, even back then it was obvious she'd end up here. 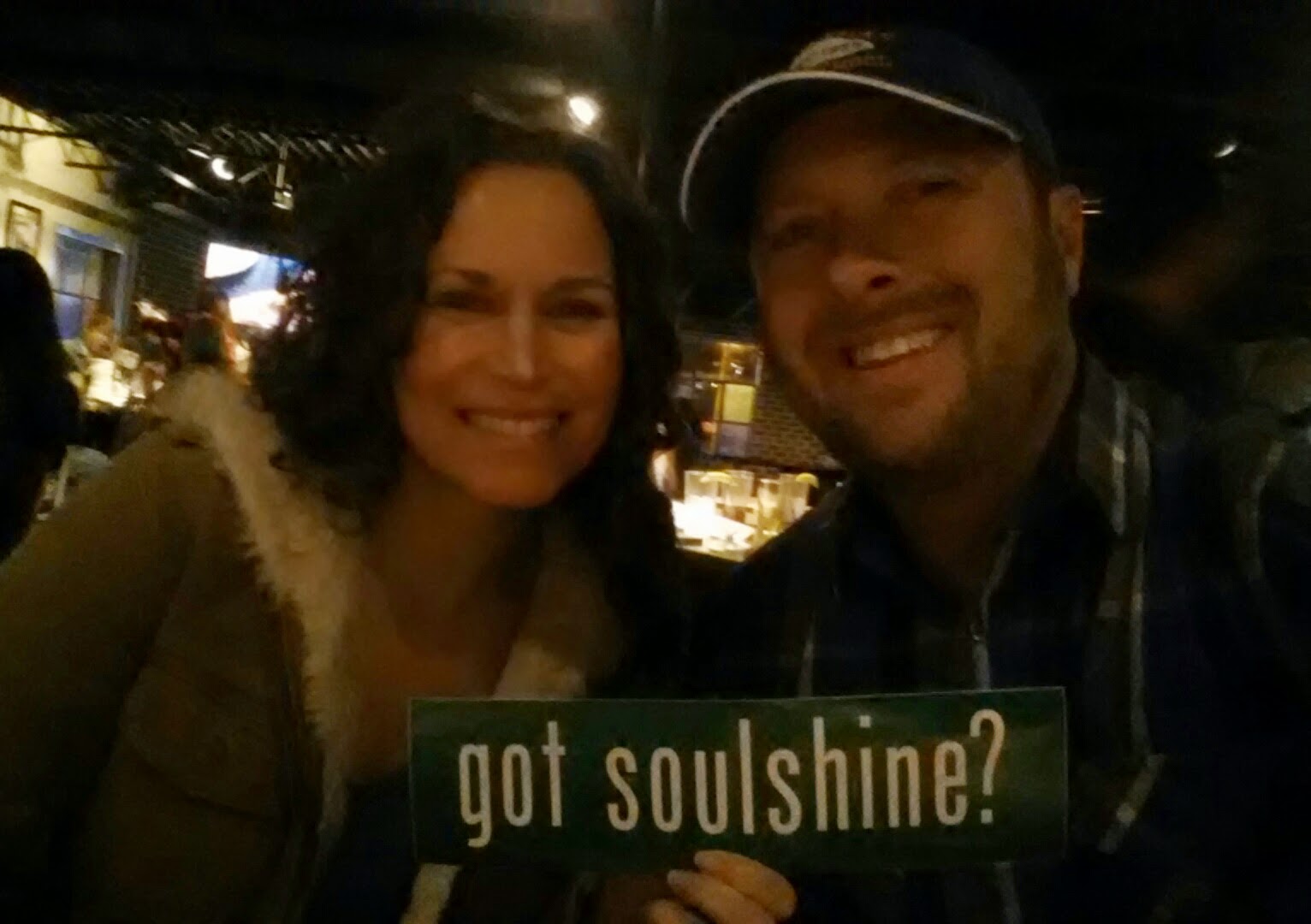 We were at Soulshine Pizza Factory on the evening of their blues jam, which was unbelievably awesome. Especially this bass player. Amazing! 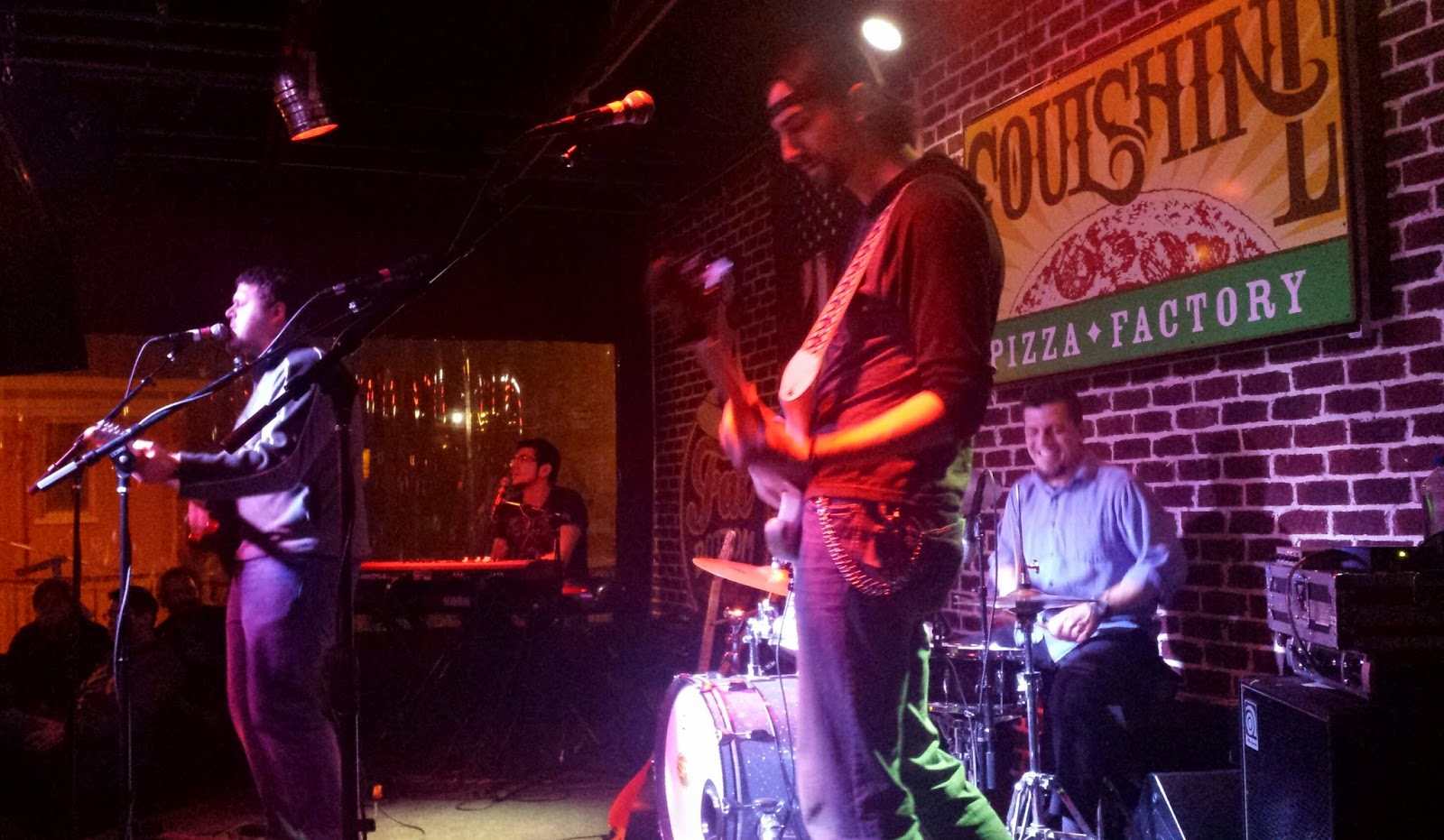 My hotel was weirdly cool. Between the shower and the bed was a large translucent plate. This way, I guess, you can watch a person's silhouette as they take a shower. I'm sure that's supposed to be sexy, but all I could imagine were the many ways a horror movie could use this feature. 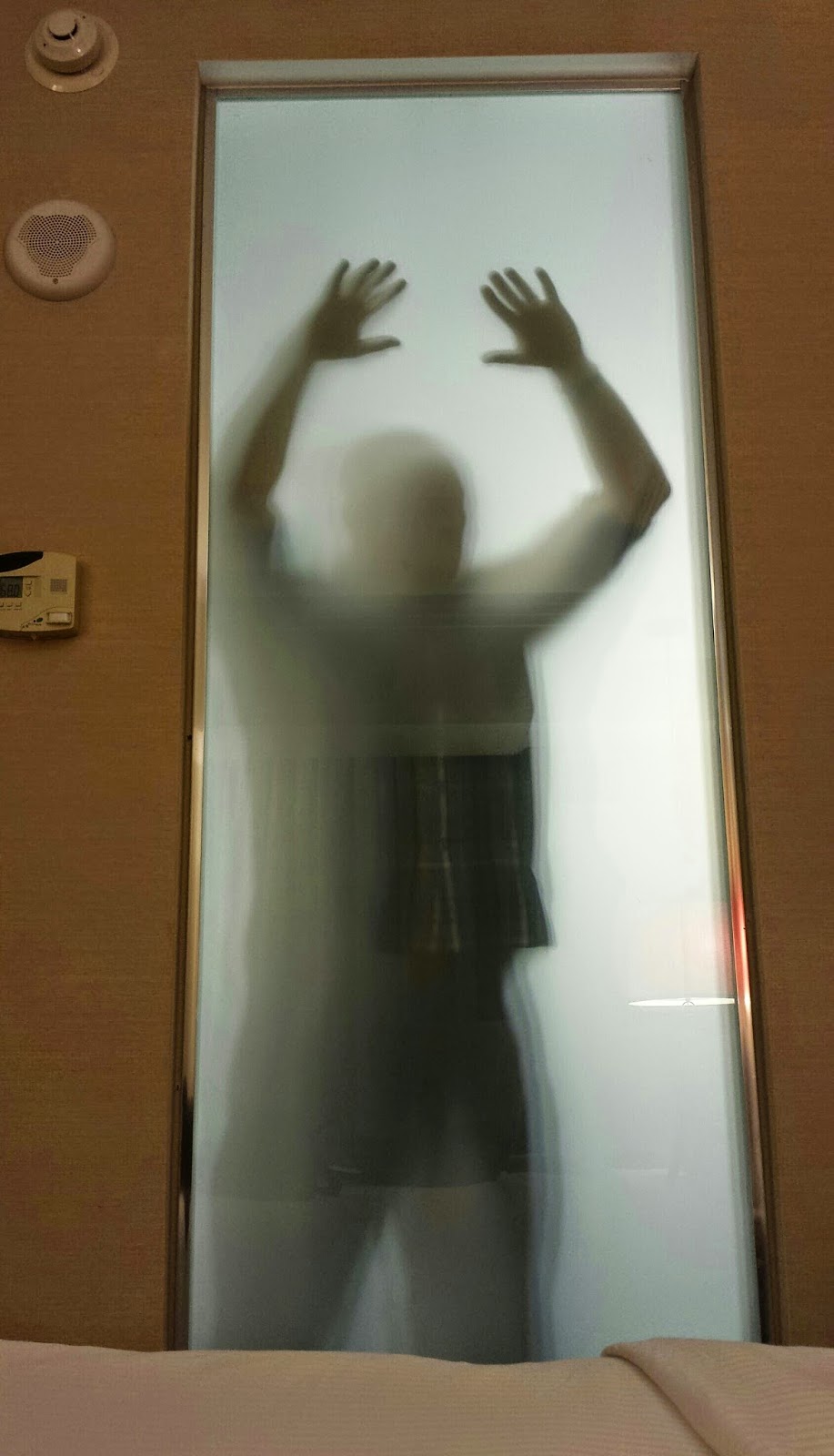 Where do the locals get breakfast? The Pancake Pantry. That's where I stopped on my way to speak at the high school. Maybe it's not a good idea to fill your tummy with pancakes before speaking, but it's a local place! I had to try it! 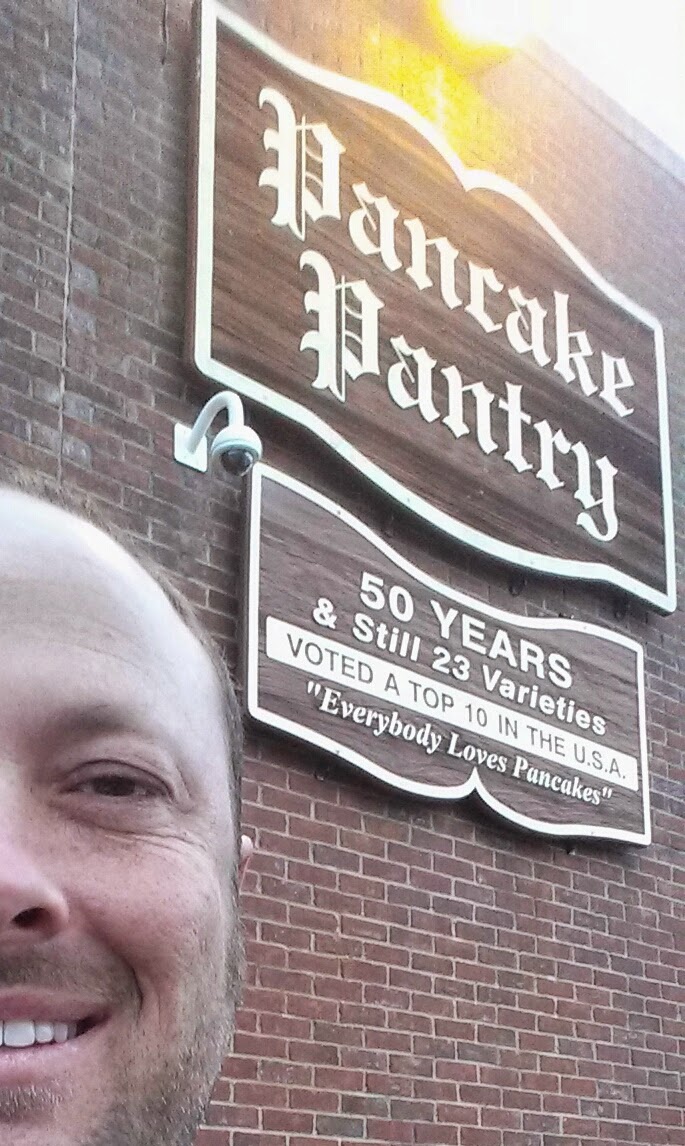 Unfortunately, I arrived at the school early and right next door was a donut shop. But it's local! So I partook.

The Donut Den has a cowbell that rings as you enter and exit. Isn't that rude? Isn't that also funny? Either way, it didn't stop me from enjoying their fried dough.

Finally, tummy bursting, I made my way to Hillsboro High School. If you've followed my travels, you know that I've had several schools close for snow days on the very dates my visits were scheduled. I will be making those schools up in the next couple weeks, but Nashville has also been hit hard this year. Even though their schools are open now, the schedule before the end of the year has tightened quite a bit. There were supposed to be five other schools sending students, but only Antioch High was able to send their book club to join Hillsboro students.

These students asked the most consistently thoughtful and thought provoking questions of this tour so far, and they were beautifully open about their own experiences. Afterward, the librarian told me she was a little nervous about how I would answer some of their very specific questions. Thankfully, she was pleased with how I dealt with these sensitive issues. So how did I deal with them? Honestly. Just as I wrote the book. (Writing tip #874: Teens have enough adults sugarcoating reality. Don't do that. Don't. Cool? Cool.)

As a sucker for a good gimmick, I found this library display brilliant! 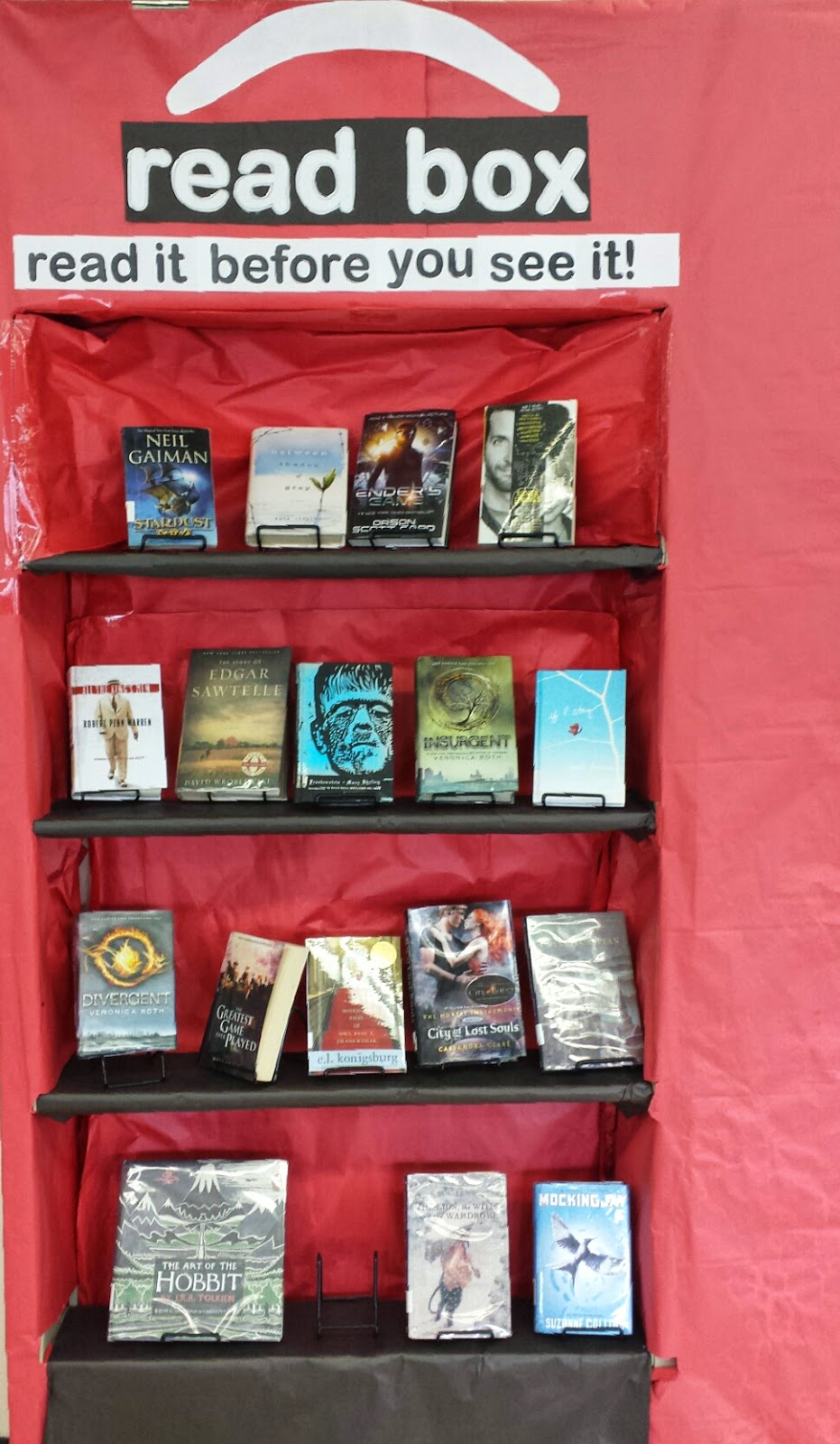 I'll be back eventually, Nashville. Hopefully many times! 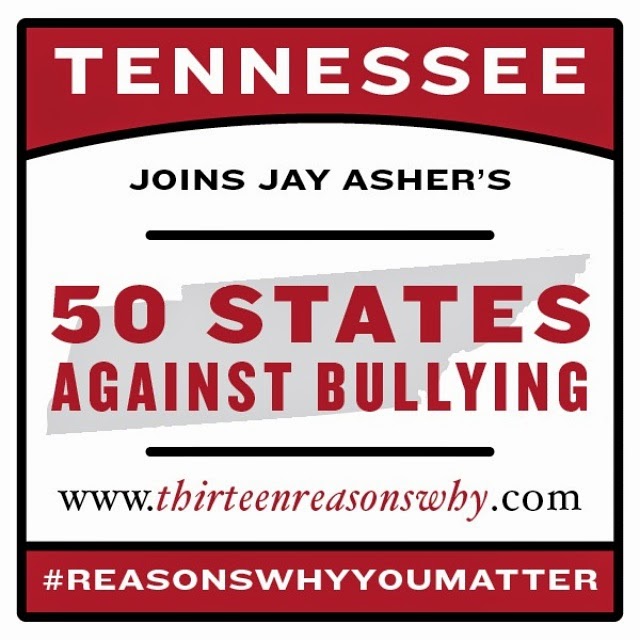 We as Hillsboro are overwhelmed with happiness that you chose our school for your visit. Thank You, I myself am incredibly grateful you took the time for us to conduct an interview. It truly means the world to me.