If you've known me at all at any point in my life, you know I'm fascinated by all things paranormal. In junior high, I once gave an oral report on the history of a local ghost. In high school, some friends and I took a Ouija board to a cemetery, and the result (especially after searching newspaper archives the next day) can only mean...well...let's just say we made a virtual friend long before Facebook.

When some friends in Minnesota formed Ghost Stories, Inc. ("Authors and Artists Seeking Inspiration Through Paranormal Research"), I routinely salivated over updates on their investigations. When they organized an outing in my home state, they very generously asked if I'd like to join them. To which I replied, "Well, let me think ab--YES!!!"

A few days ago, GSI and I rented a townhouse in Hollywood. In preparation for that night's adventure into the unknown, they made sure all of their equipment was operating correctly. Here, Shawn shows me the thermal imaging attachment for his phone. [Full names will be given in the group photo below.] 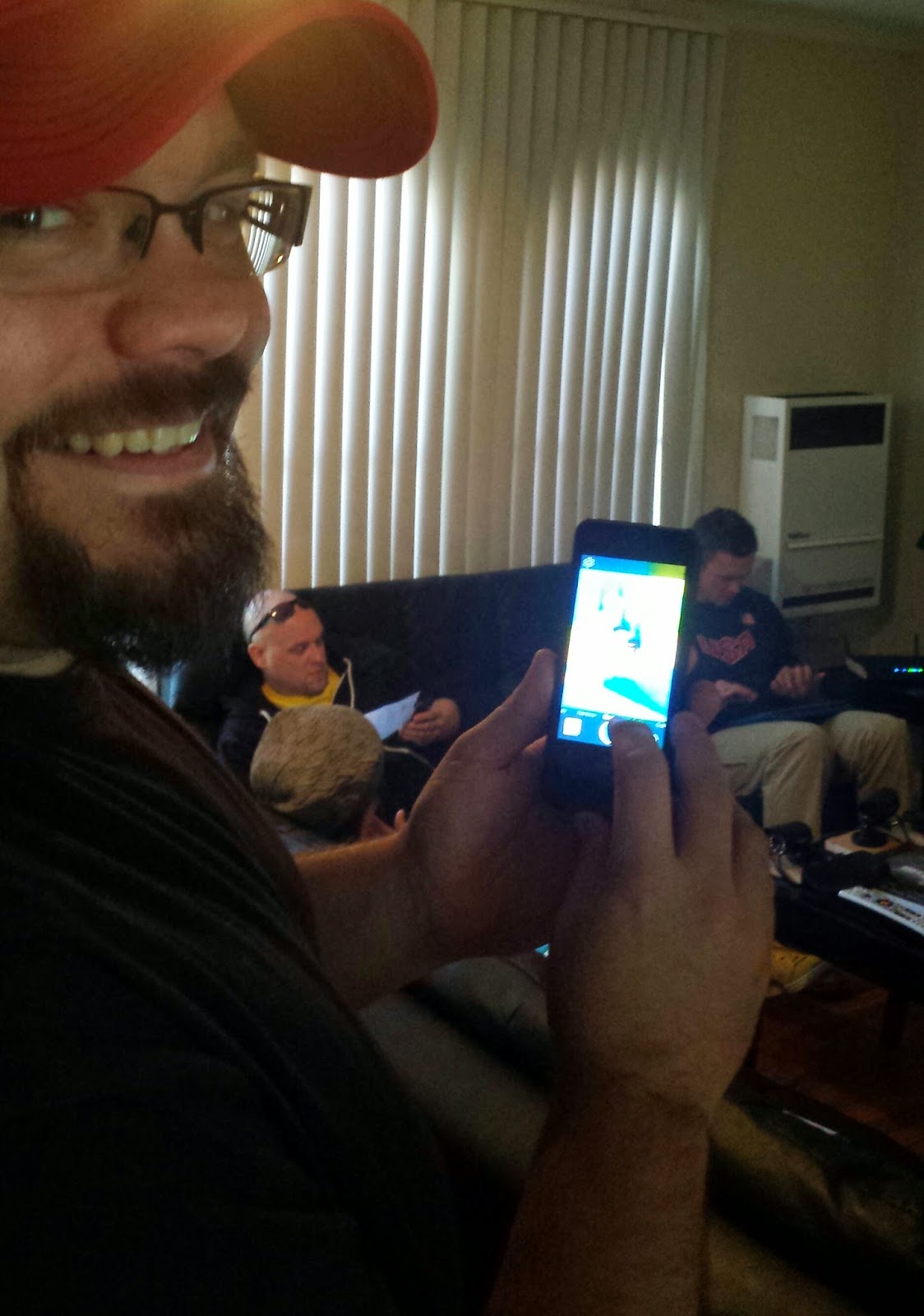 What notoriously haunted location were we about to investigate? In 1969, several followers of Charles Manson brutally killed seven people over two days in what is often called the Tate-Labianca murders. One of the victims, Steven Parent, went to school with my mom. 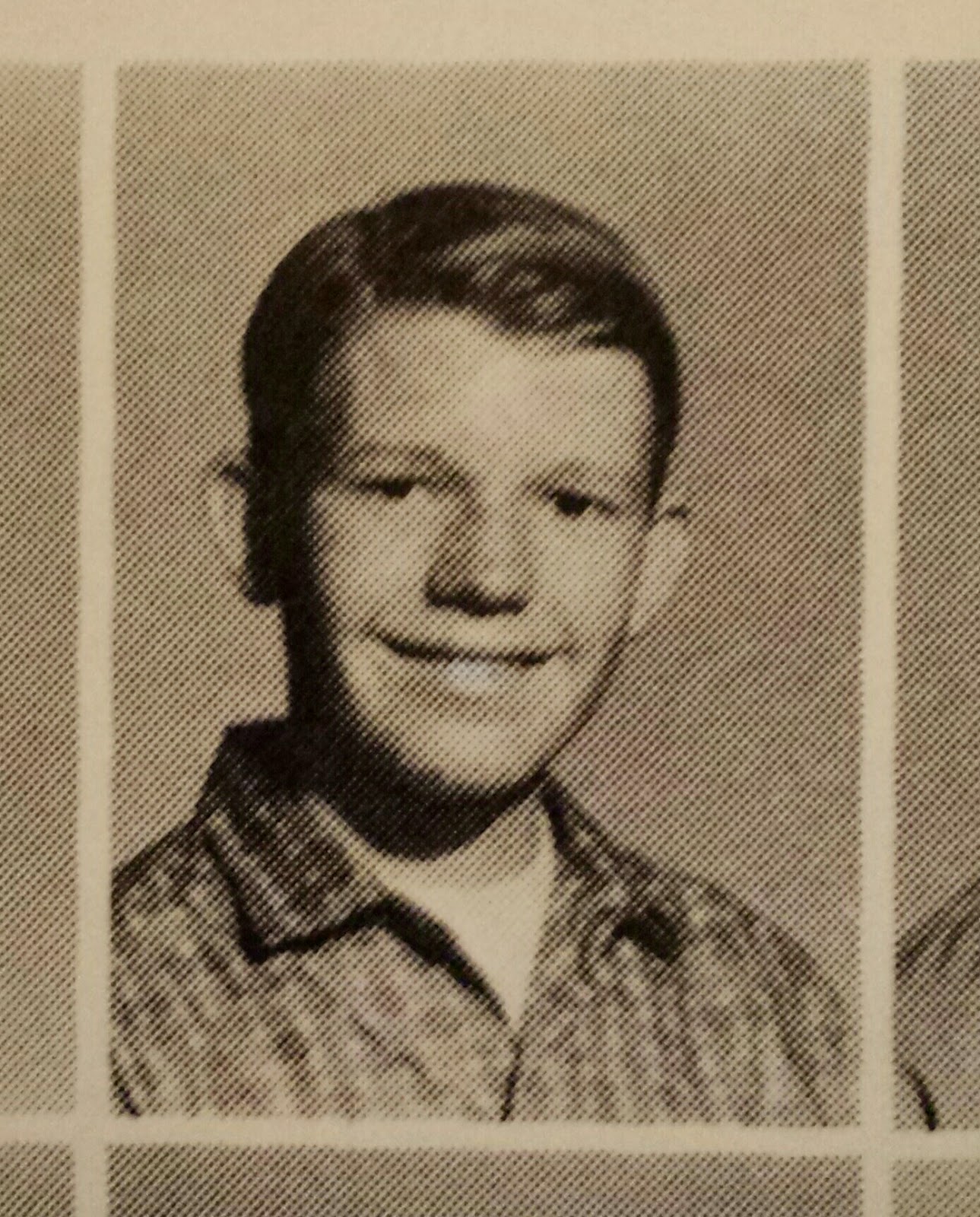 The house owned by another victim, Sharon Tate, has since been demolished because of its history, but a home a few doors down reportedly displays many signs of paranormal activity. Some "ghost hunting" television shows have recorded episodes there, and now it was GSI's turn.

When Jessica knocked on David Oman's door, I looked around at the crew I was lucky to be standing with. What most impresses me about these people, who range from skeptics to believers, is the way they approach their investigations. 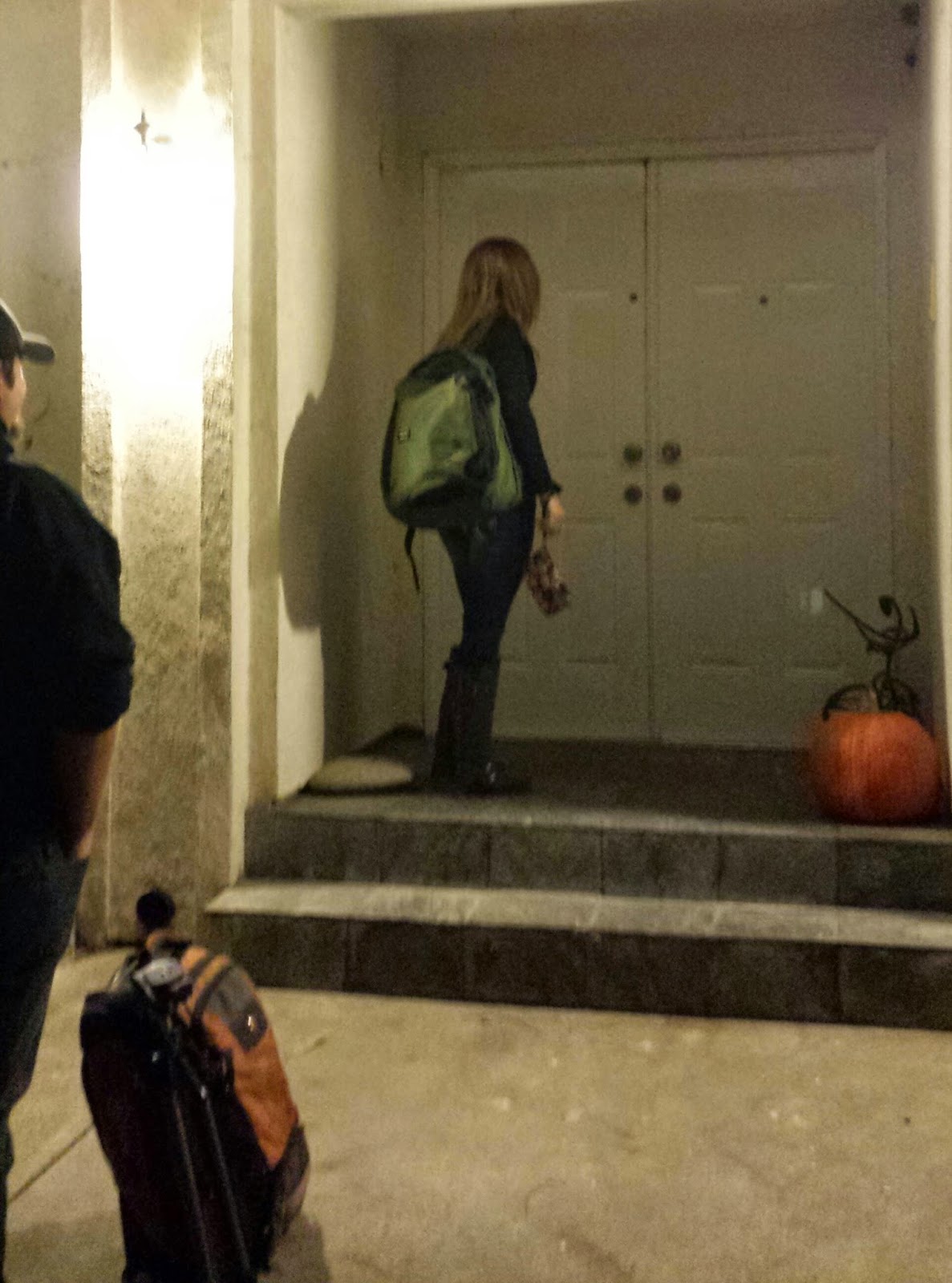 GSI chose this location to investigate because of its infamy and the reports of its activity, but they approached their job without wanting to sensationalize. Like any of their outings, they simply wanted to see what they could find, whether it related to the well-publicized history of the place or not.

Here are Jessica, Josh, and Sammy organizing some of their equipment. I did non-technical stuff like taping down cables, holding flashlights, and something called, "No, don't touch that!" 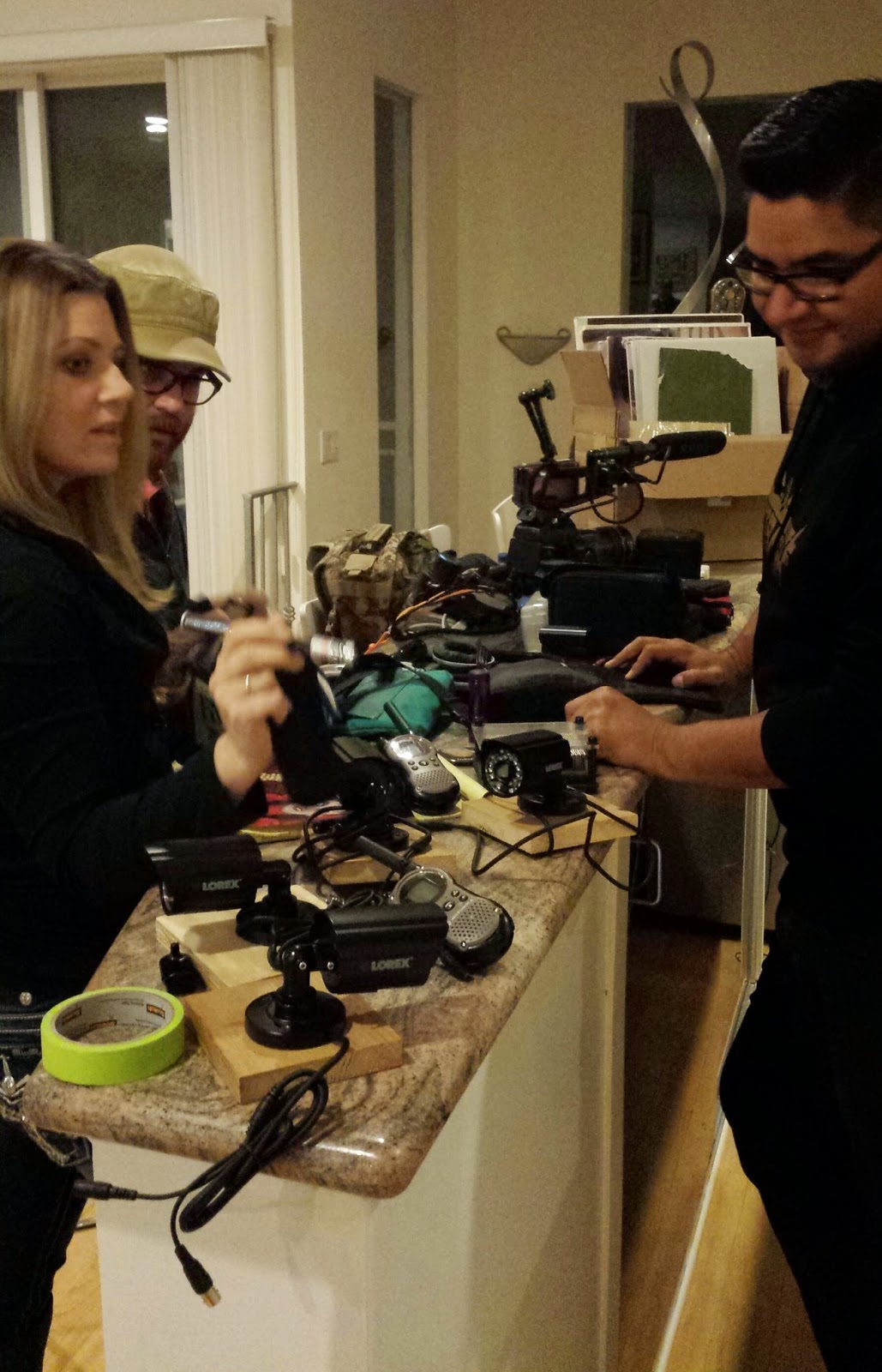 While others in the crew set up infrared cameras, Scott instructed them through a walkie-talkie on how to adjust the angles. 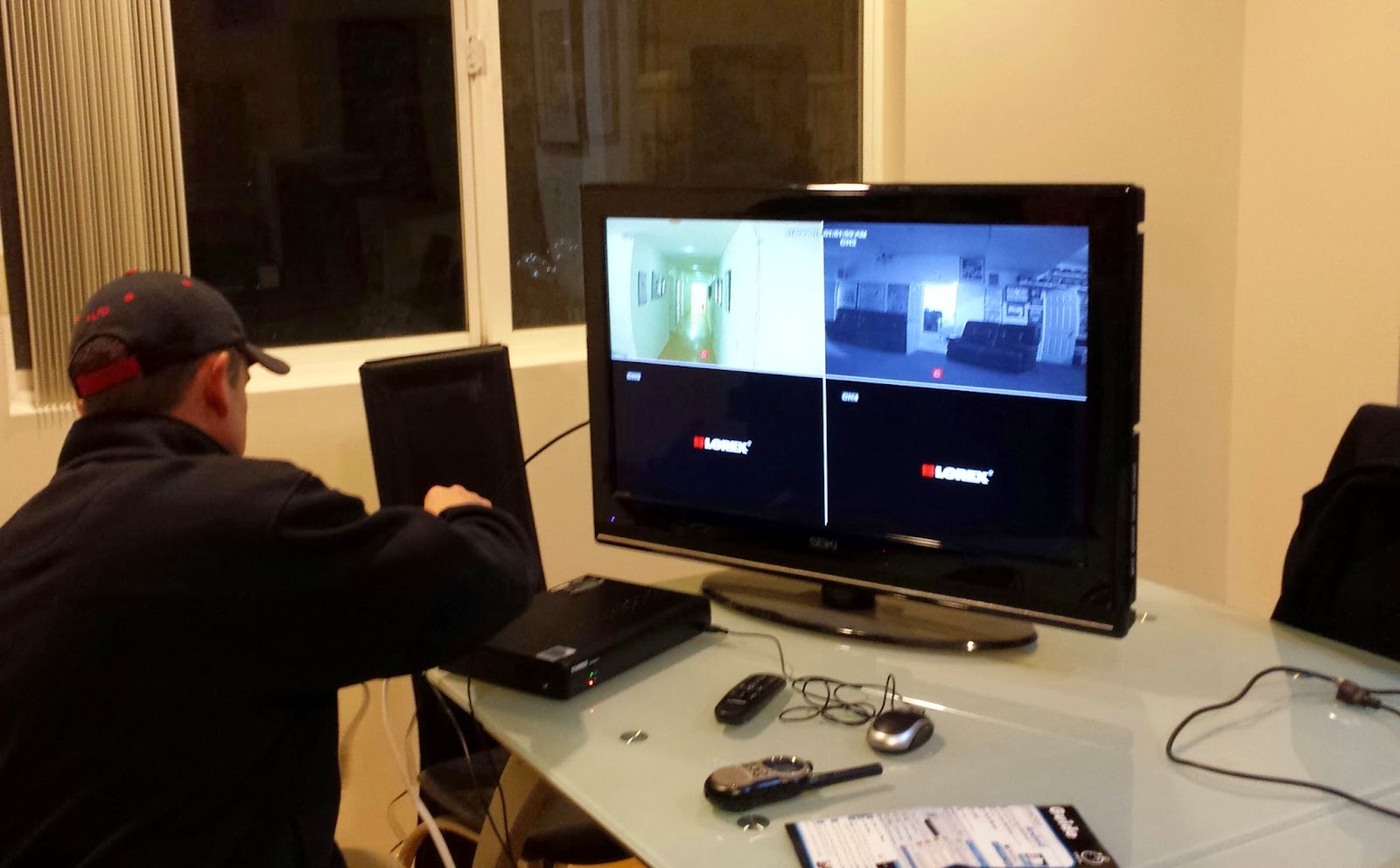 While cameras were getting set into position, Josh filmed Jessica interviewing David about his experiences in the house. 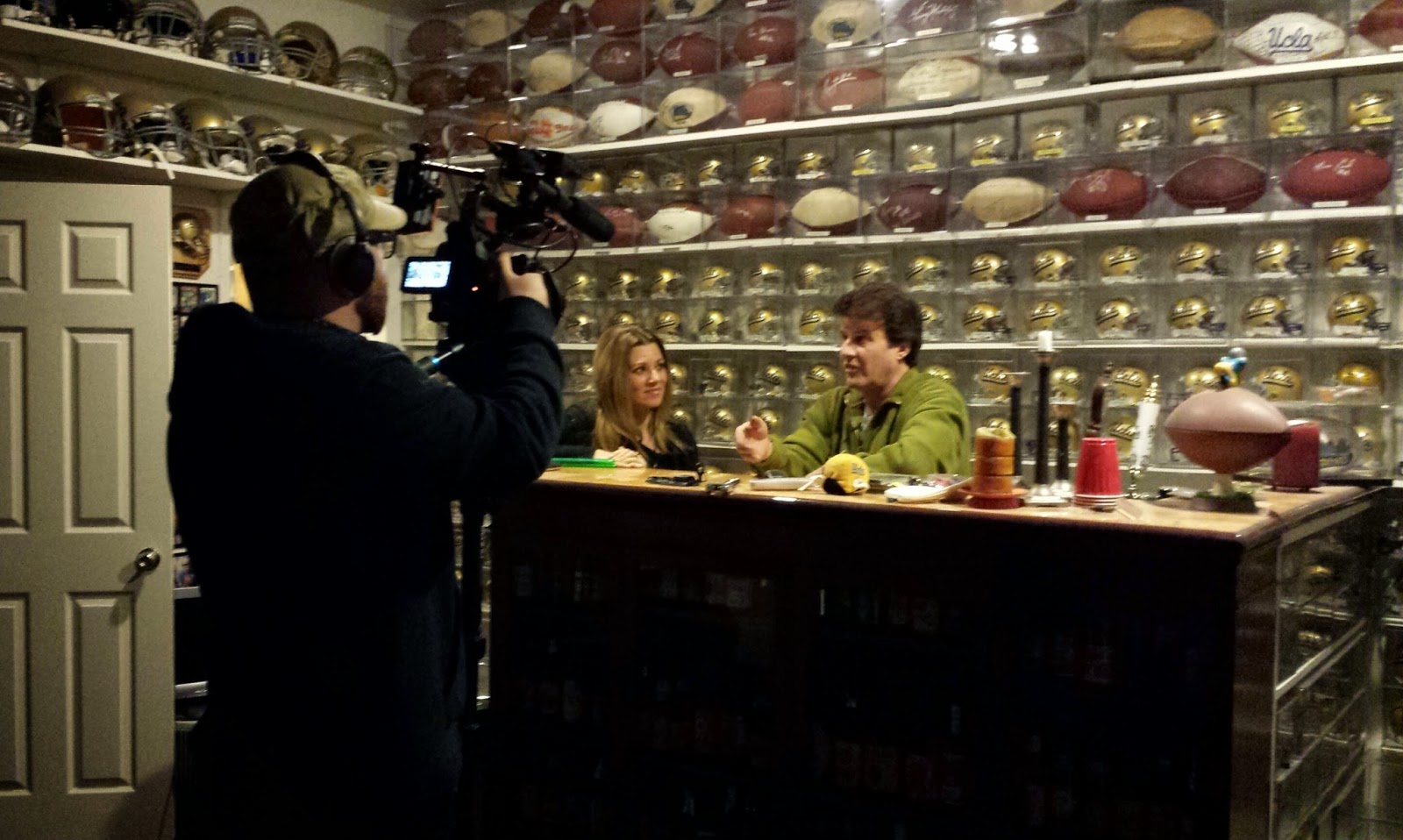 And then we were ready to go. 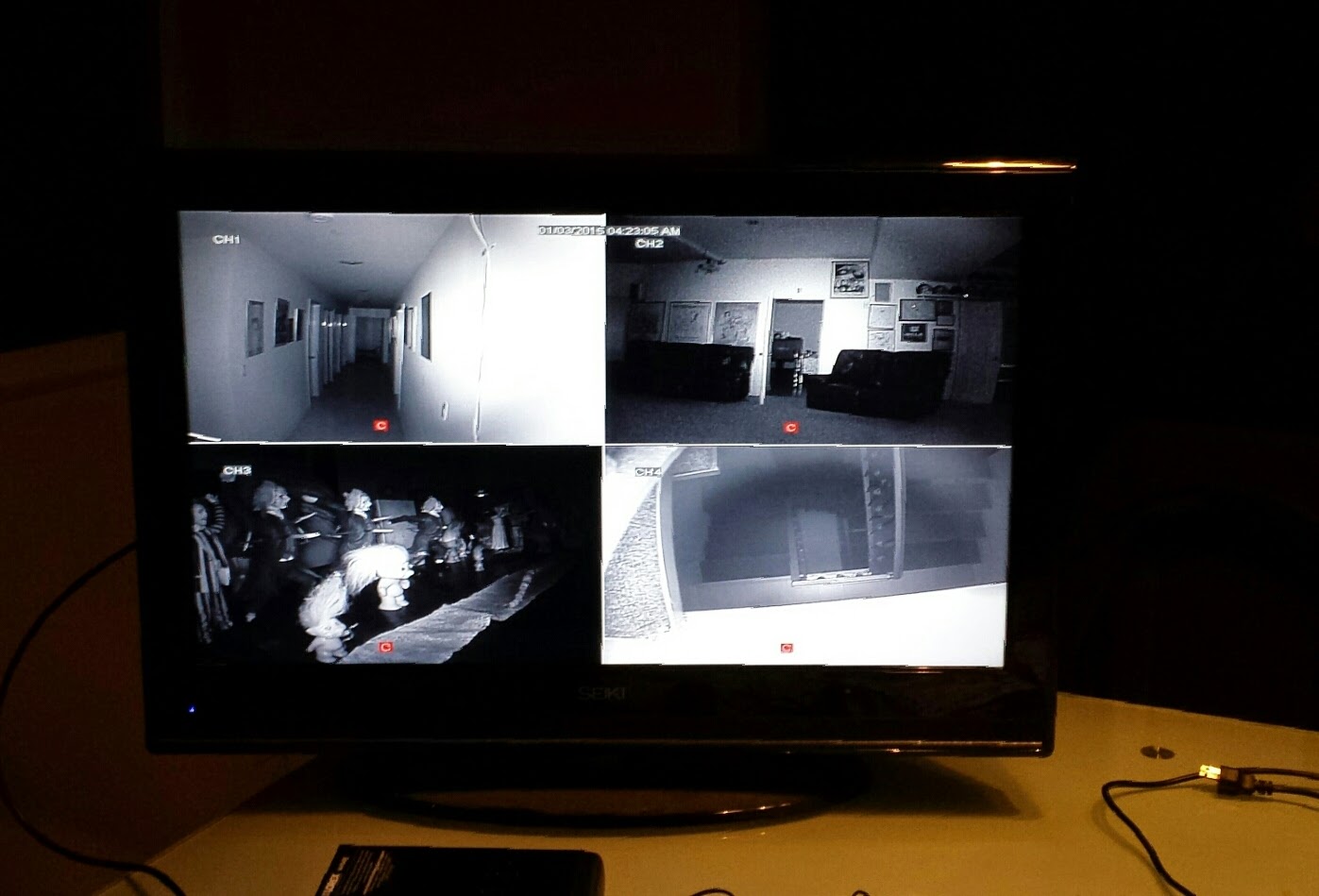 We went from room-to-room, performing various experiments. The results of those experiments will be revealed in upcoming GSI videos and an eventual documentary. Currently, the video and audio recordings are being closely examined. What will they show? I don't know. But there were definitely weird occurrences that I experienced with my own eyes and ears.

The following day...we slept in. Because that's what you do when you investigate unexplained phenomena until nearly 4am.

After we woke up, we chose to explore some of the back story to this horrible tragedy. None of us knew what to emotionally expect when we visited the location of Spahn Ranch, which was originally designed as a set of Old West style buildings and was used in many Hollywood productions. 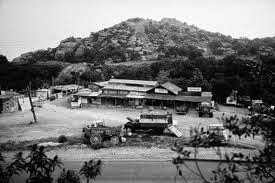 But in 1969, Manson and his followers called this place home. The directions we found online were hard to decipher, so we found ourselves wandering through a lot of brush. Most of the directions did remind us to watch out for rattlesnakes, but they never warned that if you use a rattlesnake app on your phone to make people jump and scream, it's "Not funny!" (In truth, it's very funny.)

We knew we were on the right trail when we discovered what has become known, because of a photo published in Life Magazine, as the Manson Family Cave. 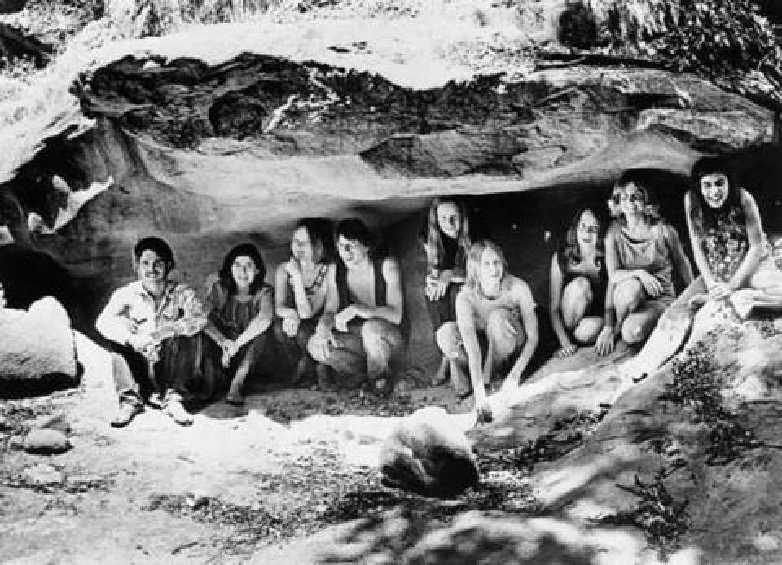 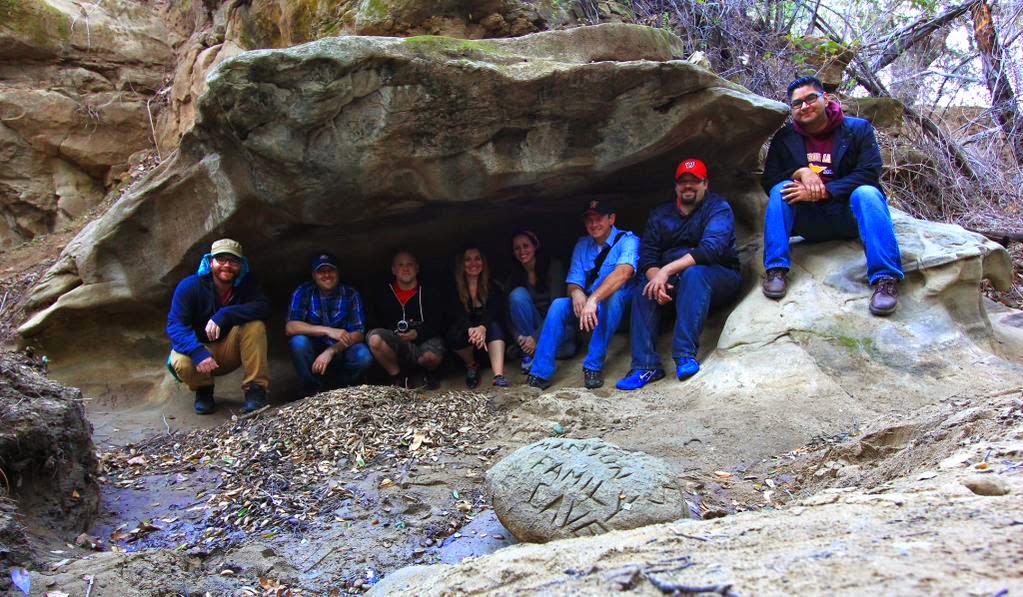 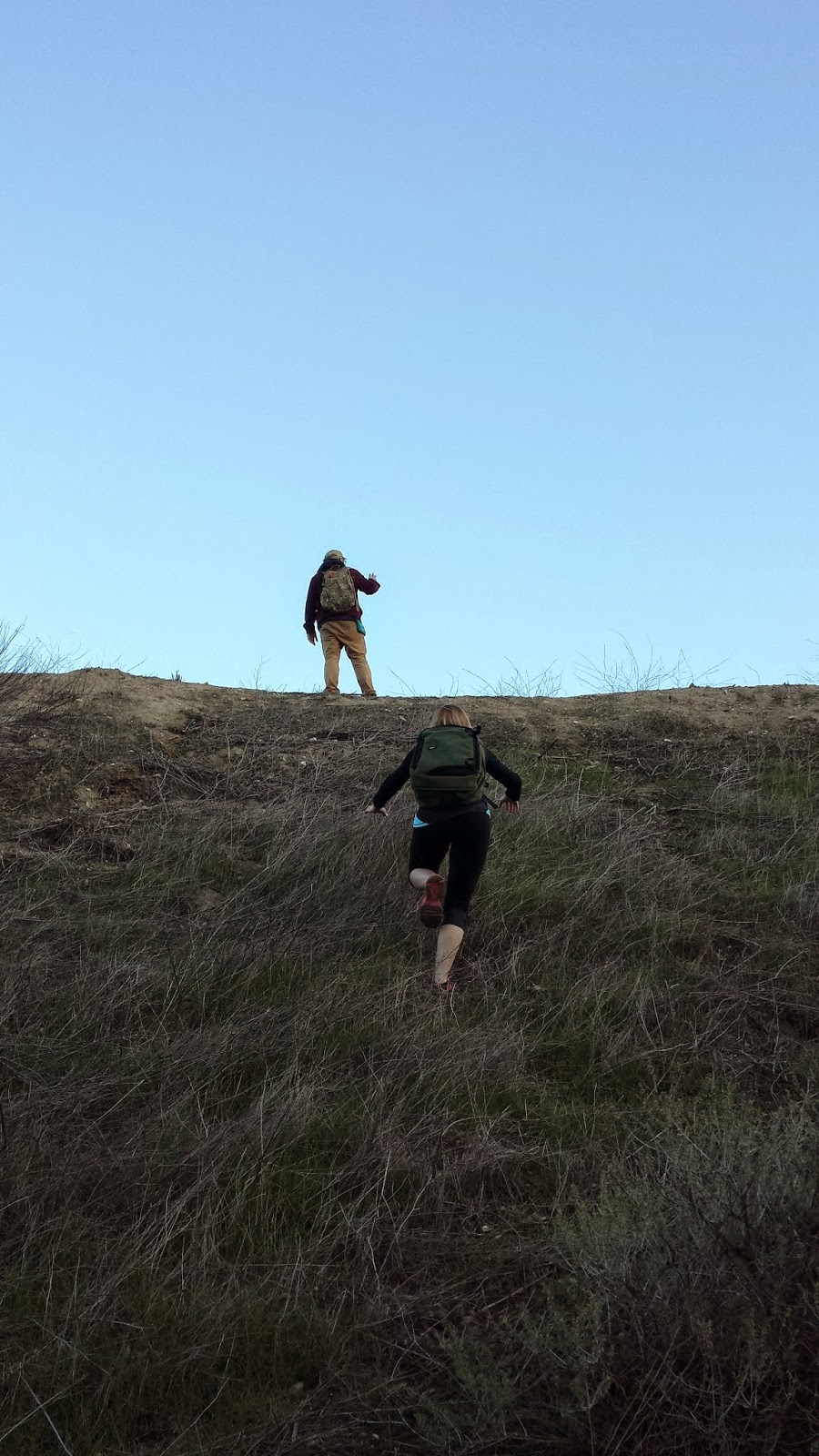 A wildfire in 1970 had completely burned the ranch down, but the area still has a powerful effect. 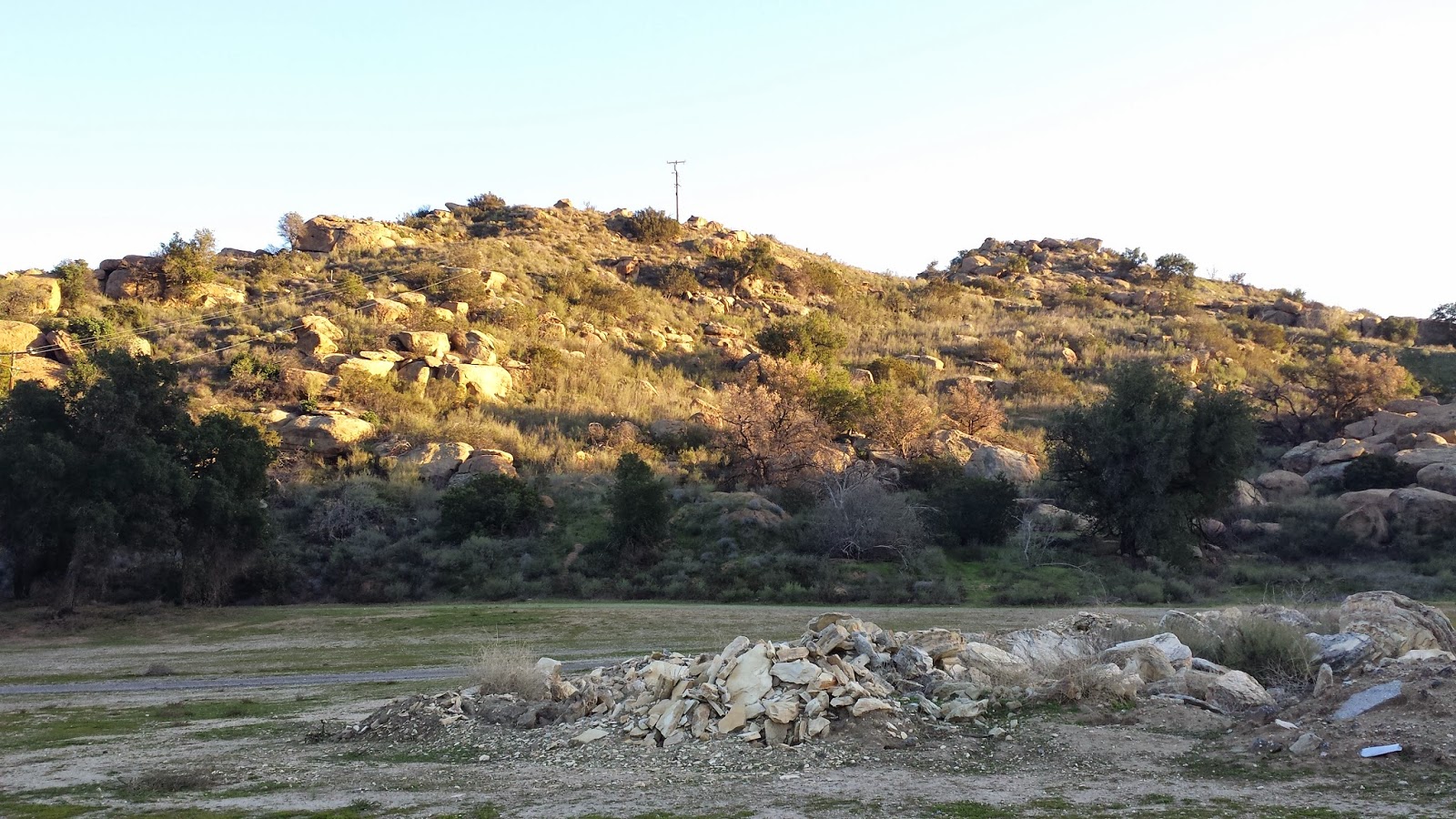 While we had been searching for the location, we all remained near each other and were very talkative. But once we reached the plateau, no one said a word and everyone walked off to let the place personally sink in. 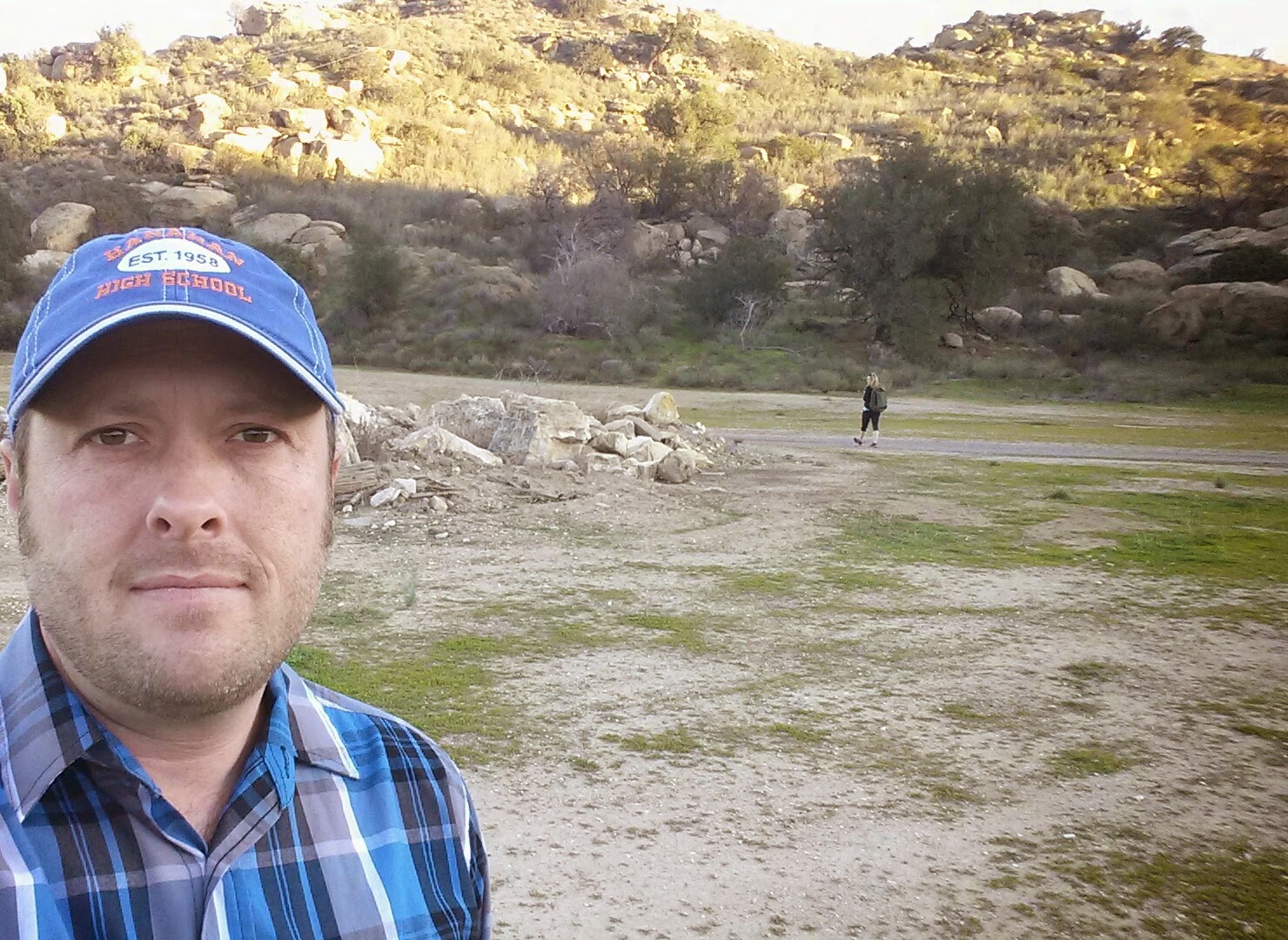 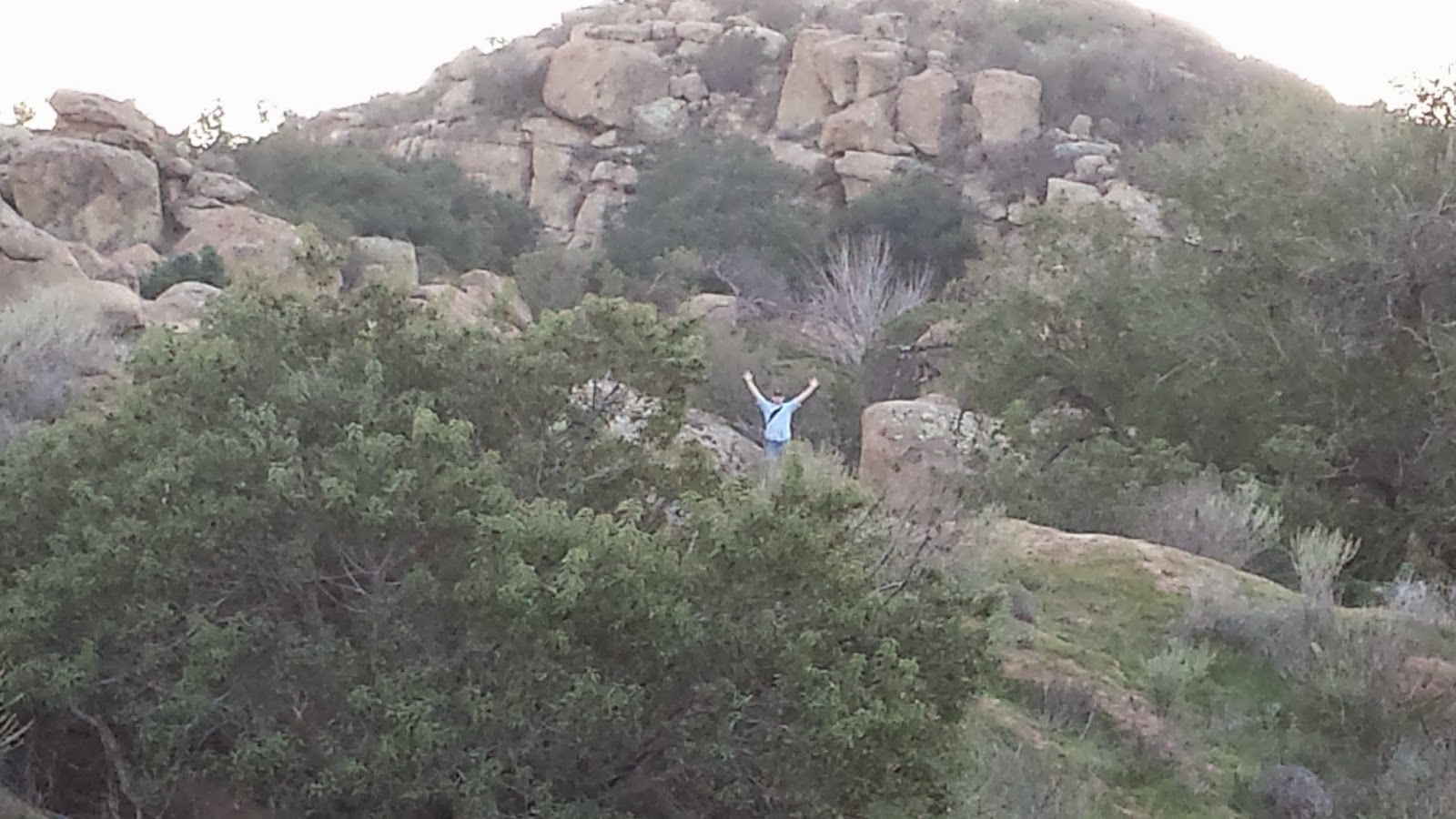 For me, it was an unsettling mix of deep sorrow and confusion, and a chilling reminder that history is not just something you read about or hear pop up in conversations. Looking around, in the distance, you can see a row of houses that weren't there in 1969. Beyond those houses is Los Angeles. It was scary to consider a previous population of that city, so close in proximity, having no idea what was being planned by a bunch of severely brainwashed people and their seriously disturbed leader at a nearby rundown movie set.

Eventually, we started to gather together again. 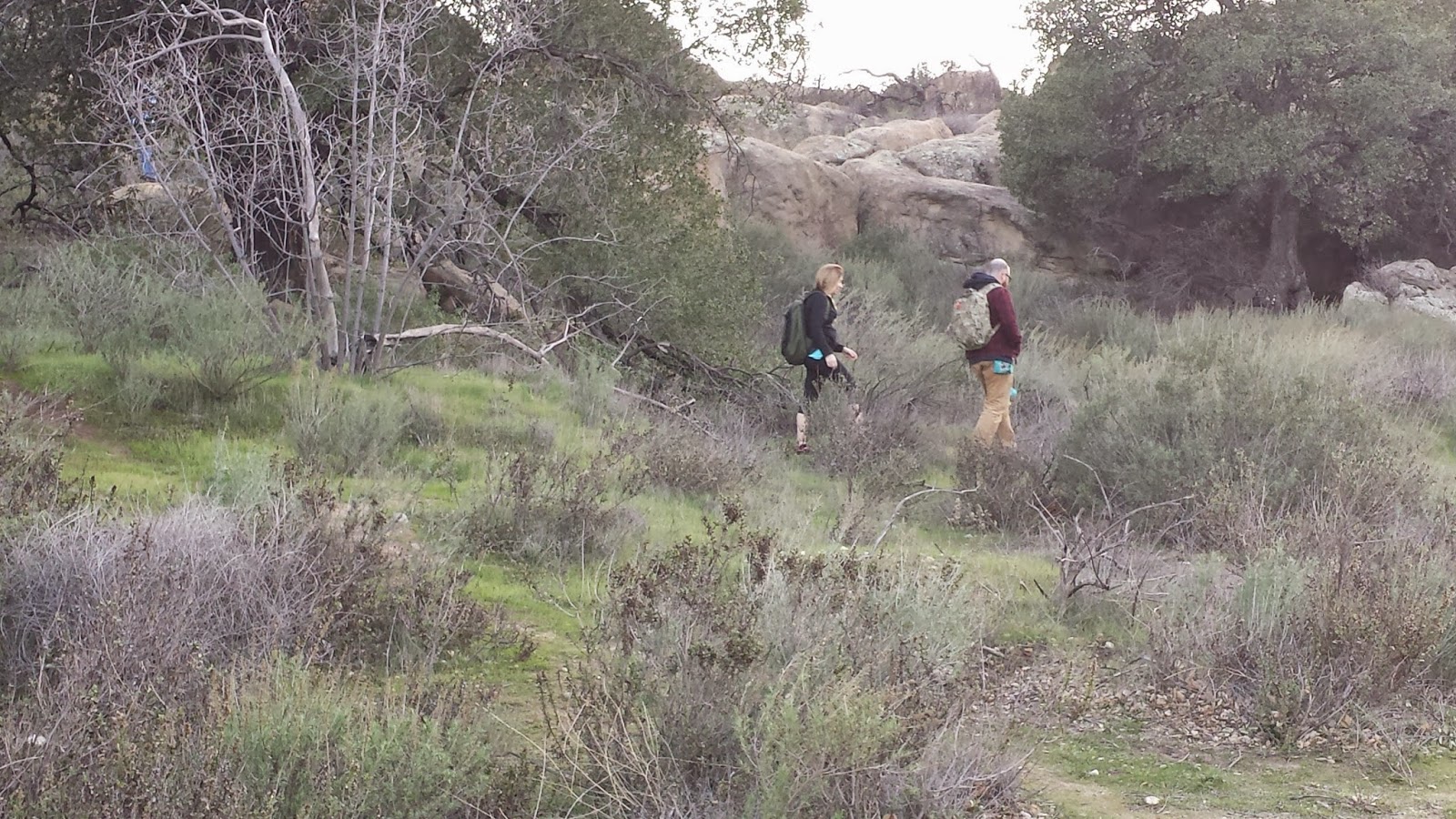 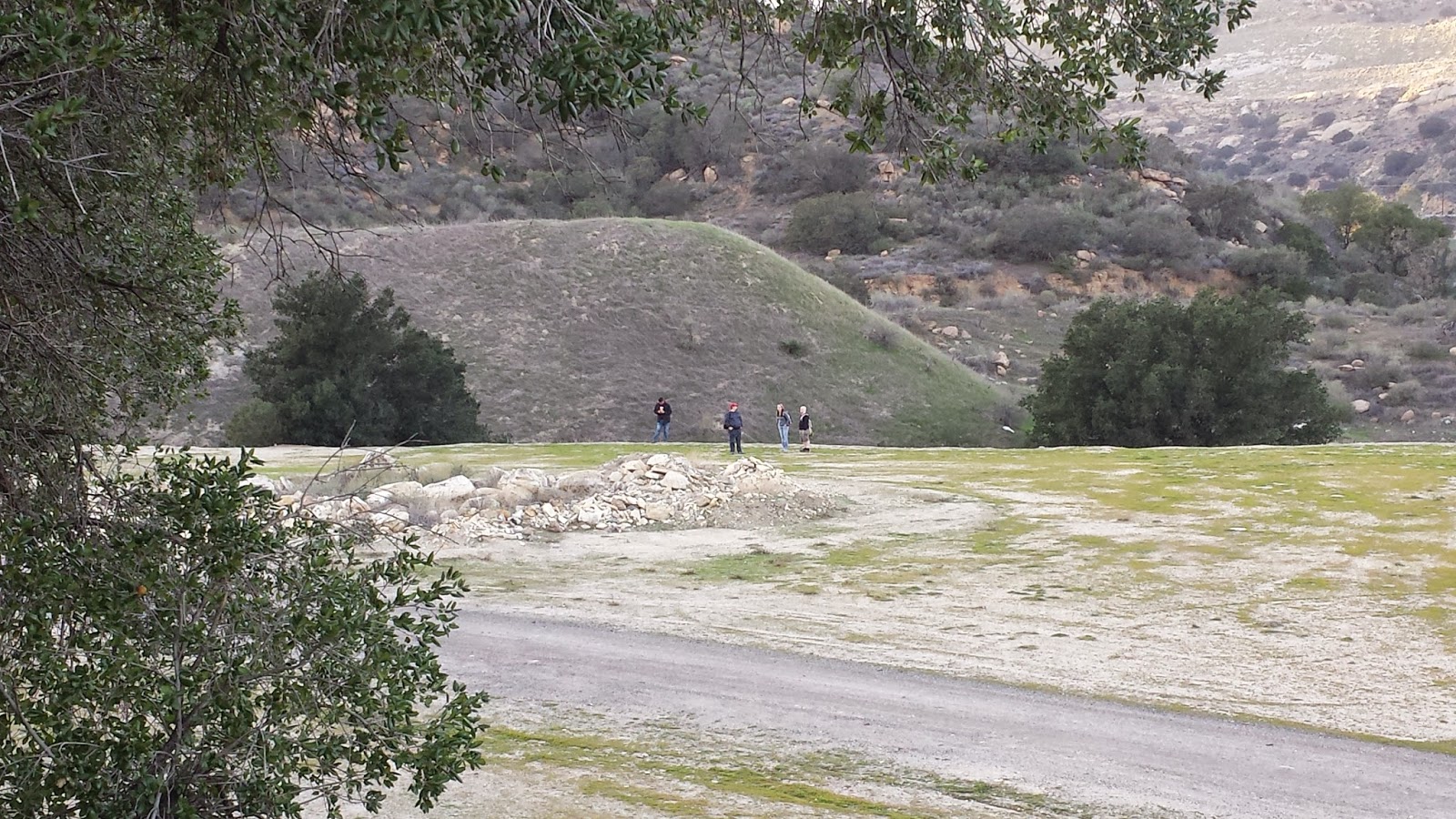 Yes, the few days I spent with GSI were unforgettable.
Posted by Jay Asher at 11:08 AM


These horrible, but real events have fascinated me since it happened. I lived and went to school (high school-I'm not THAT old!)in Santa Barbara and remember everyone be completely unnerved and terrified that these killers were still on the loose. And they were. Such a devastating blow. And for months and years I still cannot wrap my head around how these young people were so taken in by Charles Manson. Their whole lives ruined and wasted and spent in prison.
I look forward to your next installment! Our old library in Snohomish (Clearly Spellcheck is not native American!) is supposedly haunted! Used to have a
webcam on it. Maybe they still do!
Shelley

You were very lucky to have the opportunity to work with this great group of people. I'm a stickler about who I let investigate in my business, and I trust this group completely. They bring heart, and integrity, to the table. I look forward to "the rest of the story"......