After a long holiday break, the 50 States Against Bullying campaign picked up again with Michigan as the twenty-sixth stop. I first hopped a flight to L.A., grabbed a flight to Detroit, and then my flight to Kalamazoo was cancelled due to something called "weather" so I grabbed a car and drove until midnight. 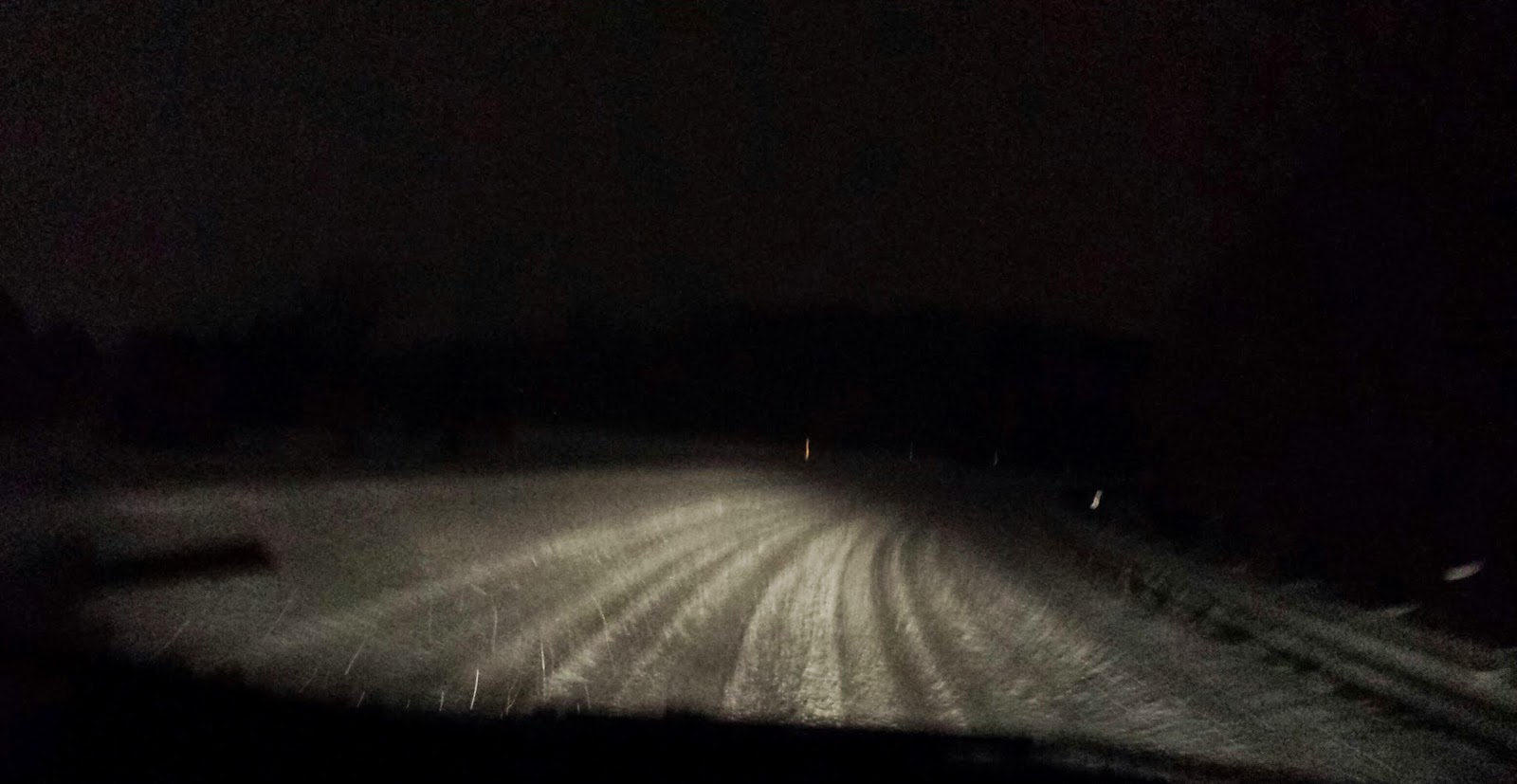 The next morning, I arrived at the Kellogg Auditorium for my presentation. Lakeview High School in Battle Creek was selected as my Michigan stop, and that school was generous enough to move the event to a larger venue so several neighboring schools could also send students. Two of those schools, unfortunately, were having a Snow Day. 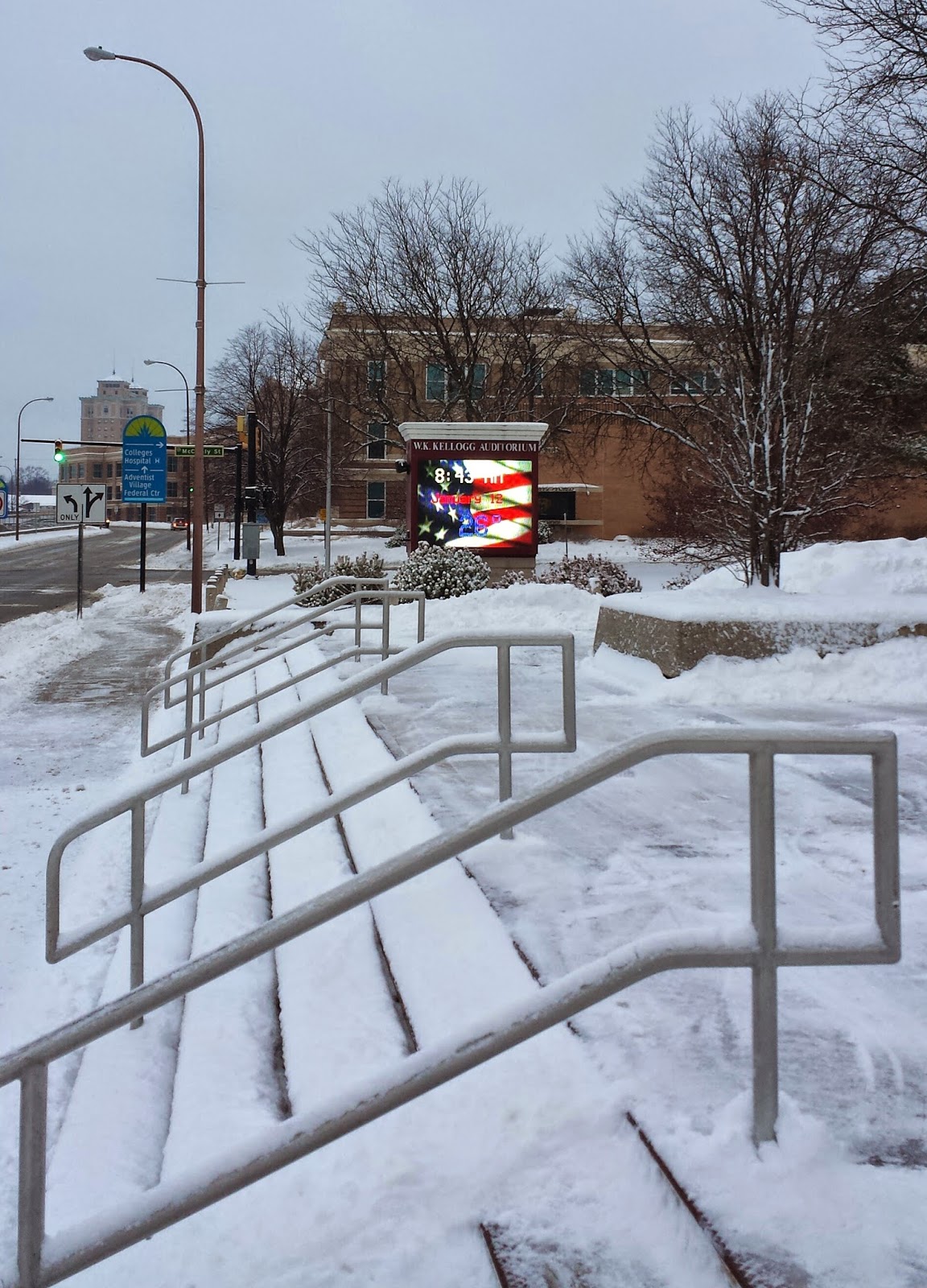 Being in Michigan, I had the opportunity to meet fellow YA author, Bethany Neal, who was the subject of my first debut author interview on this blog. 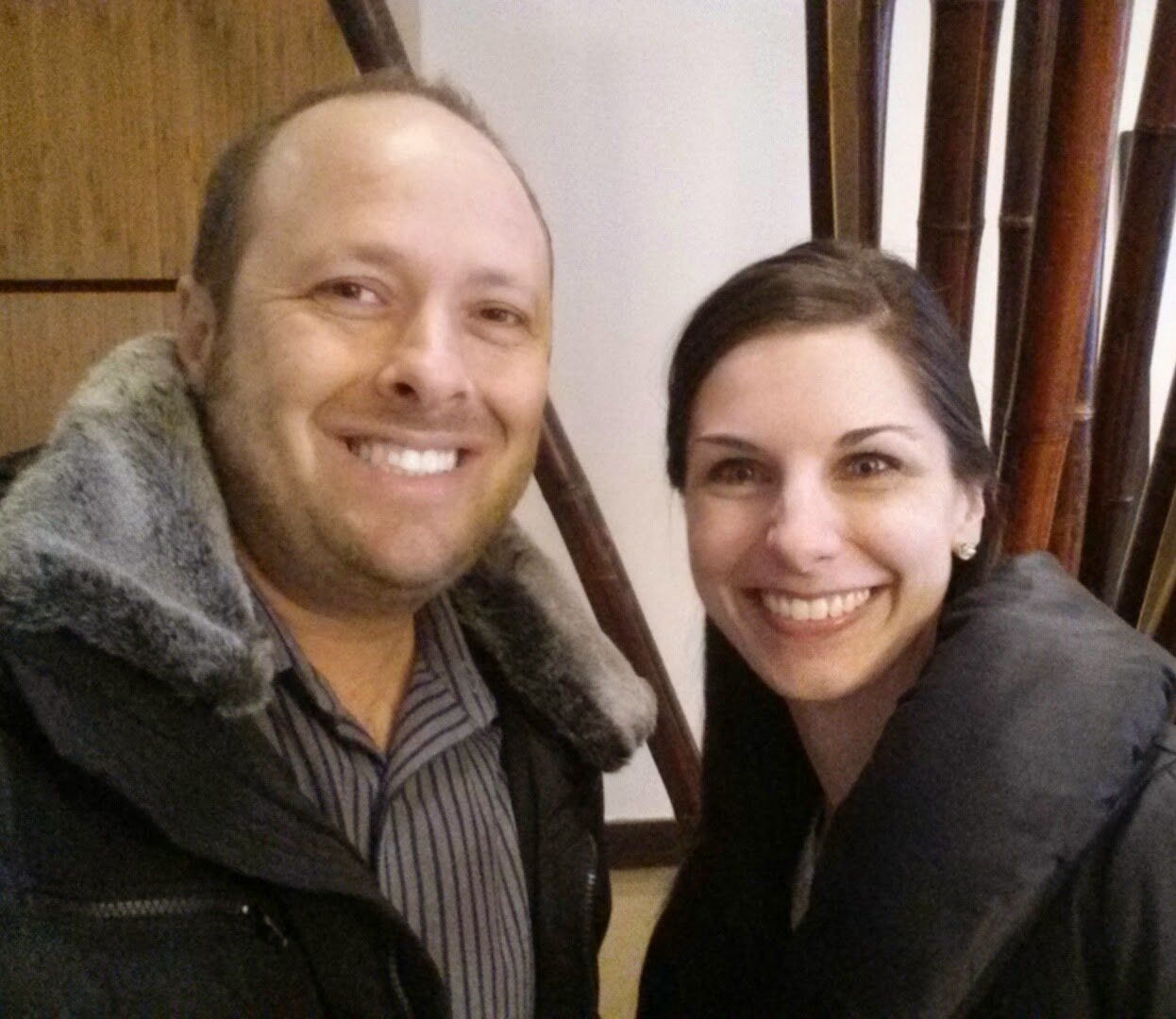 Myles, a student at Lakeview High, introduced me...and we were off! 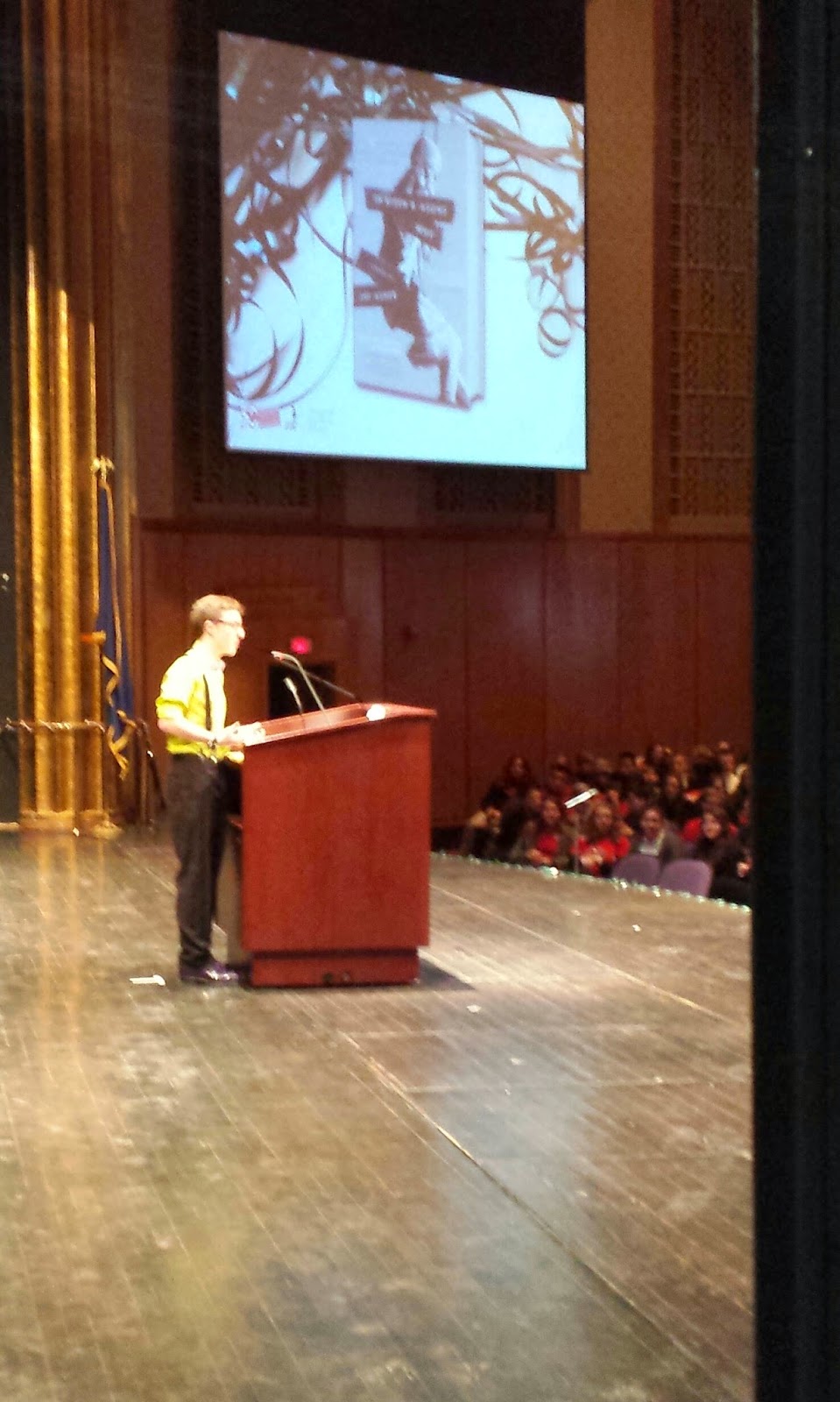 This was quite an emotional presentation to restart the campaign after being off the road for a few weeks. During the Q&A, we had more people come up to the microphone to purely share their stories of being bullied than at any stop so far. I definitely pondered so much of what they shared, and how grateful I am for their courage to be so open, throughout the rest of the day. 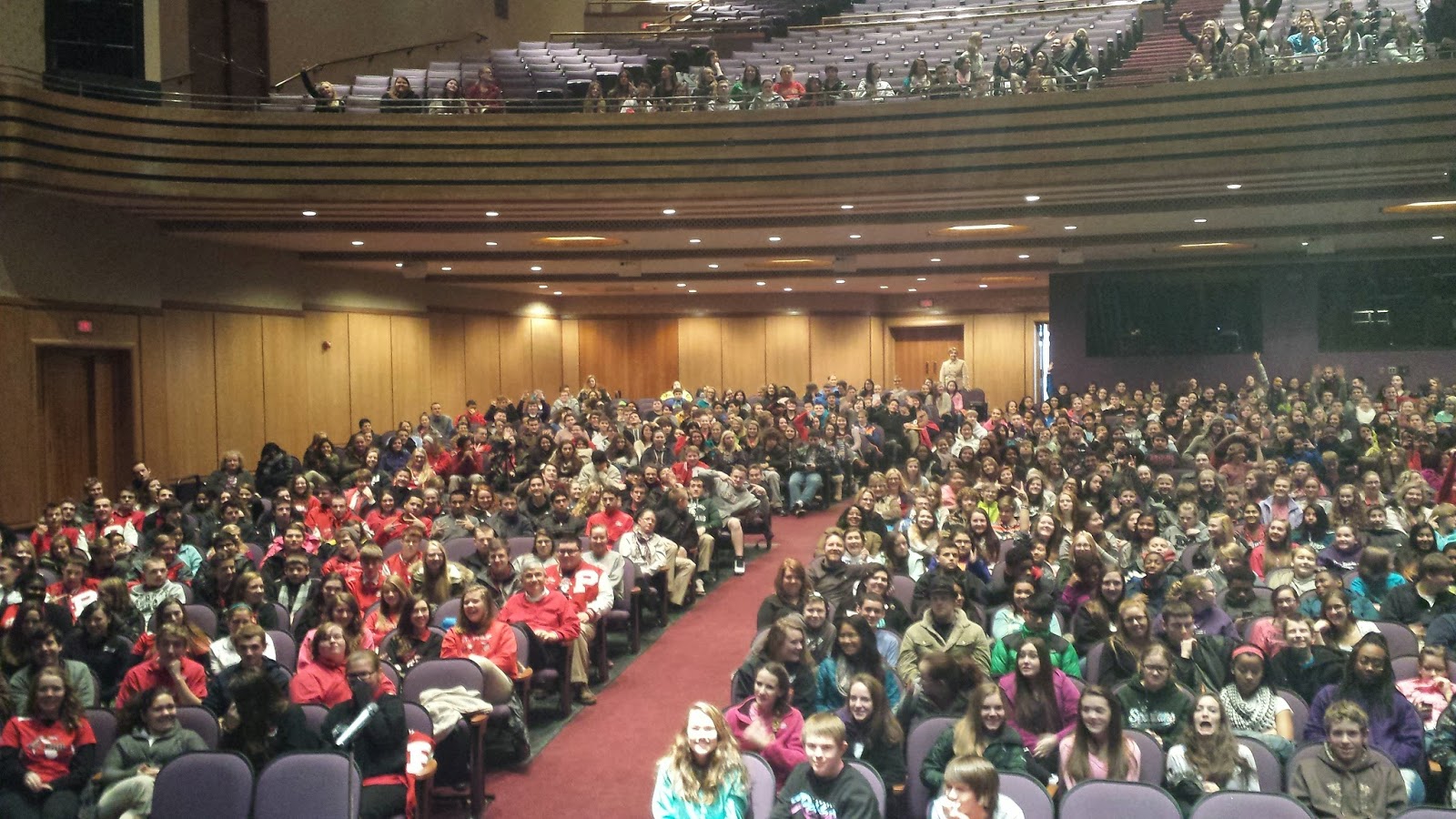 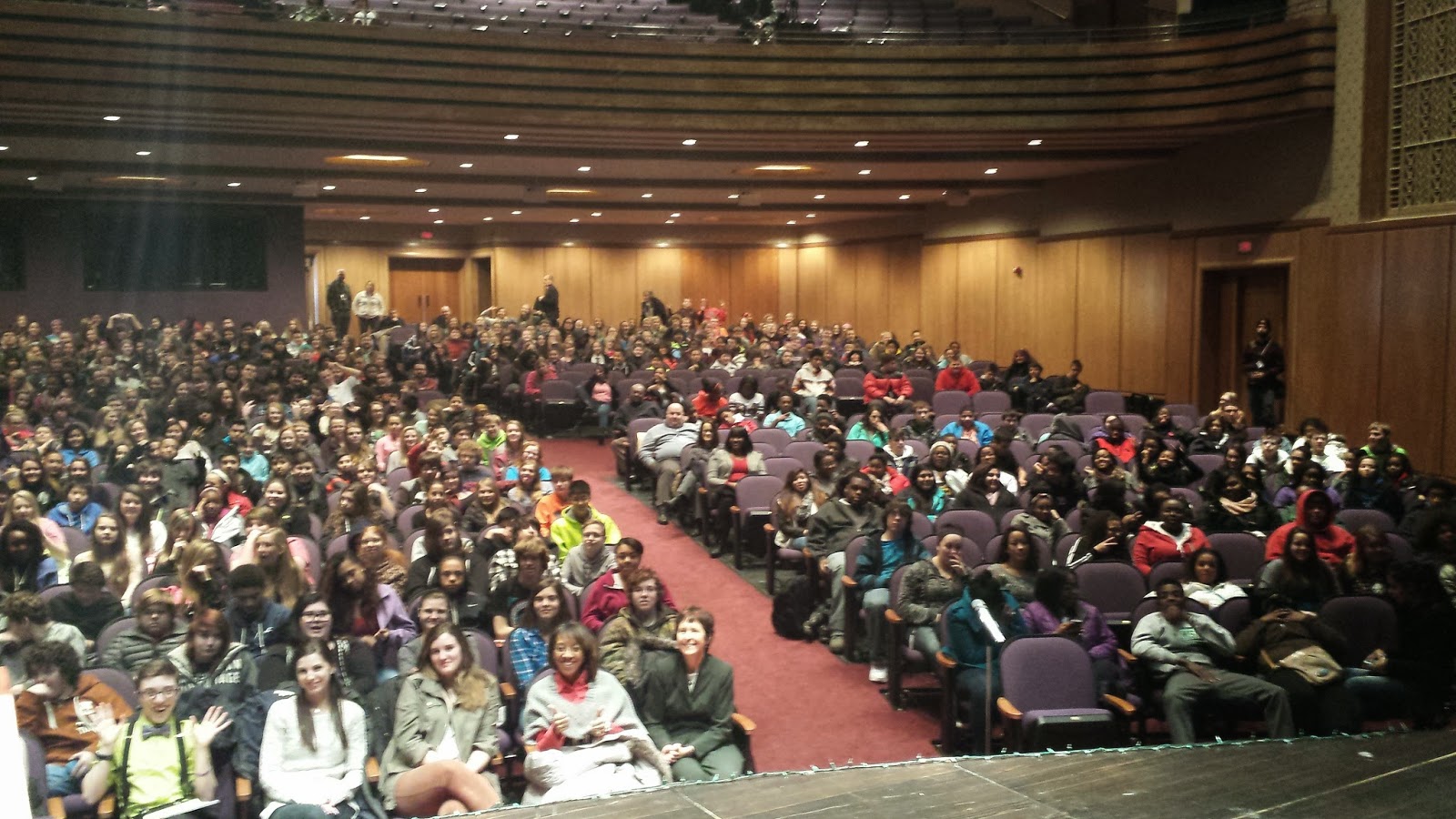 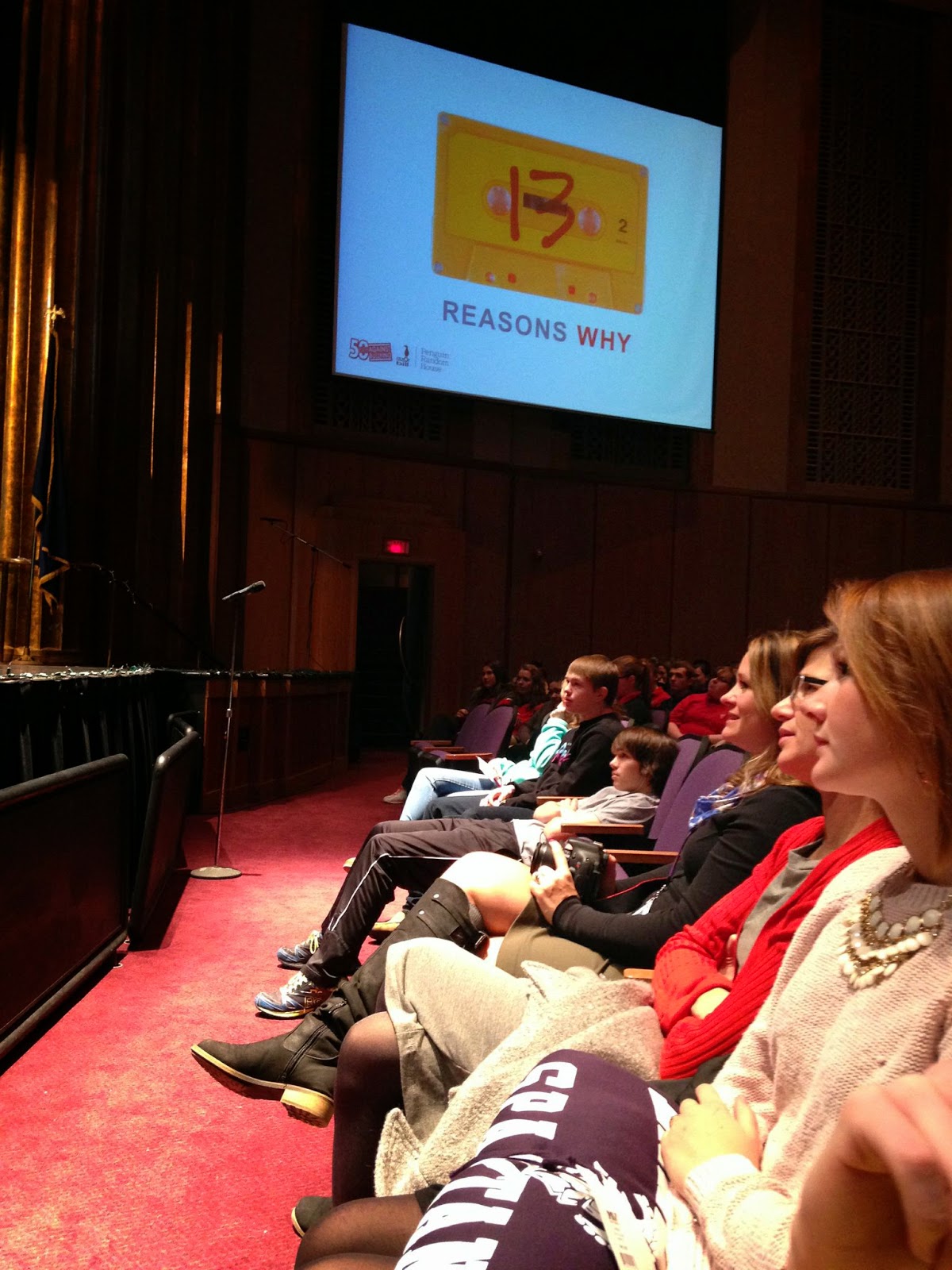 After the presentation, I drove to Lakeview High and had a great lunch with 13 students (totally by coincidence!) and several faculty members. It was a chance to answer their in-depth questions about Thirteen Reasons Why, and discuss various ways different characters could be seen. 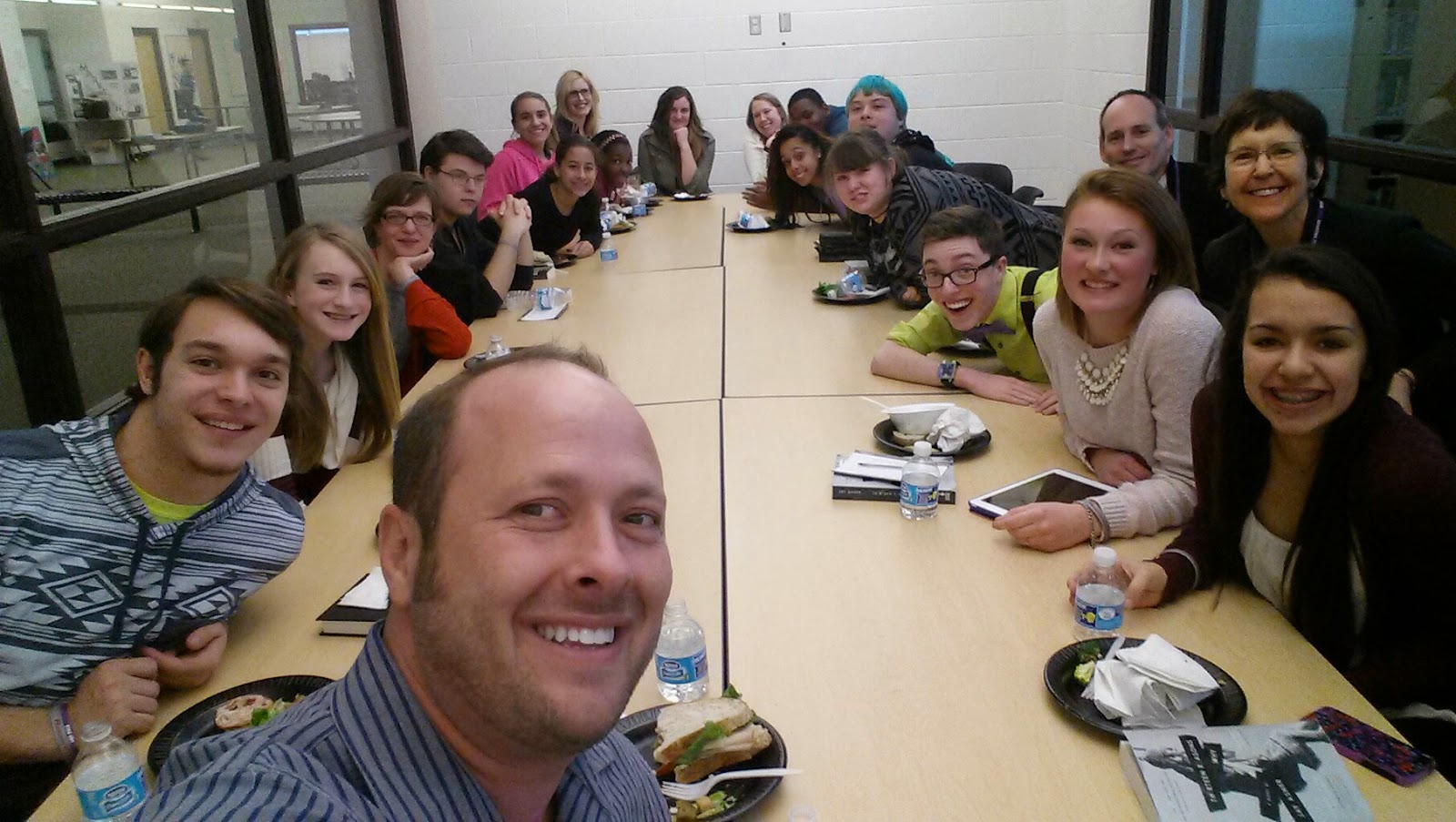 And then it was back to the airport!

Well, actually, it was my first time at this airport because I never actually made it to this terminal. But I did use it on my way to the next stop. 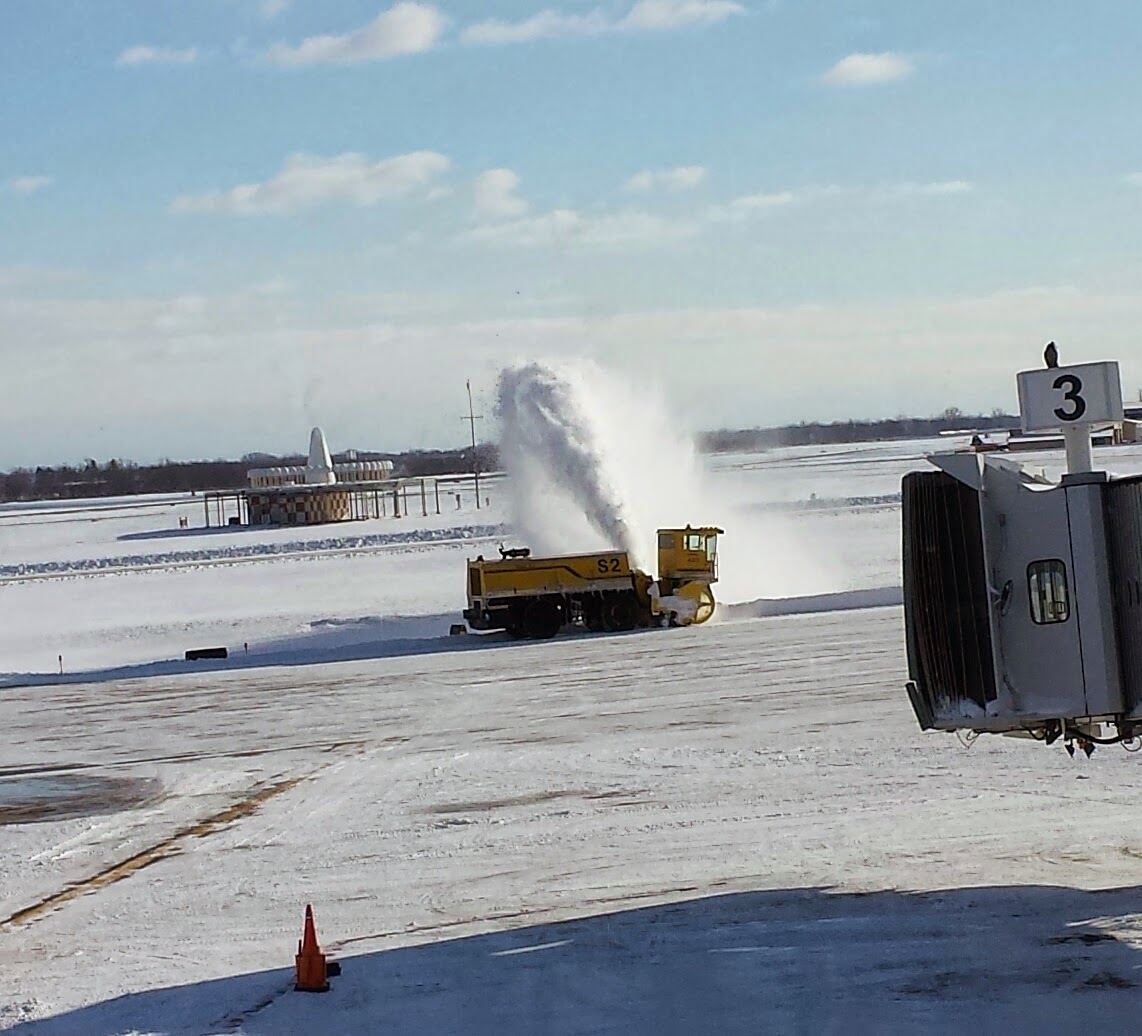 Unfortunately, because of something called "weather" I only made the first of my two flights. 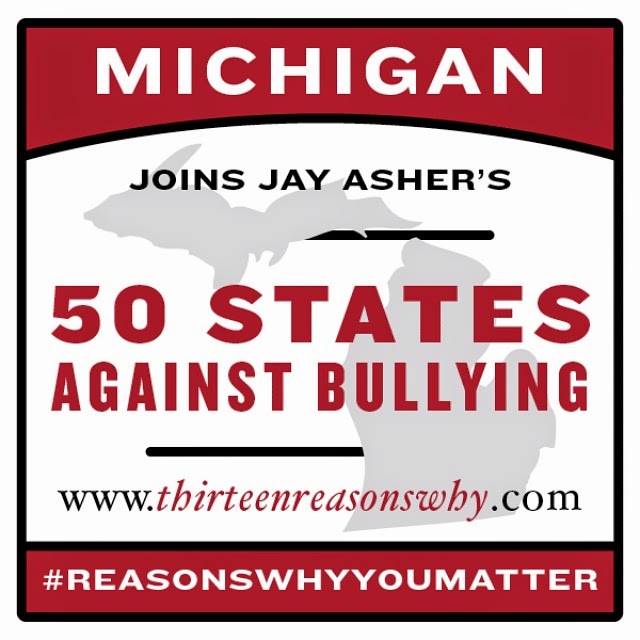 Find out tomorrow!
Posted by Jay Asher at 8:05 PM