Stop number twenty-one of the 50 States Against Bullying campaign was a school in Colorado. Cherry Creek High School is located right next to Campus Middle School. And while I spoke at the high school, I love the name of the middle school!

Be clear with your punctuation, people!

Cherry Creek had cool posters all around the campus (not to be confused with the middle school). There were several like the one below, where new tags were added over time as they got closer to my visit. 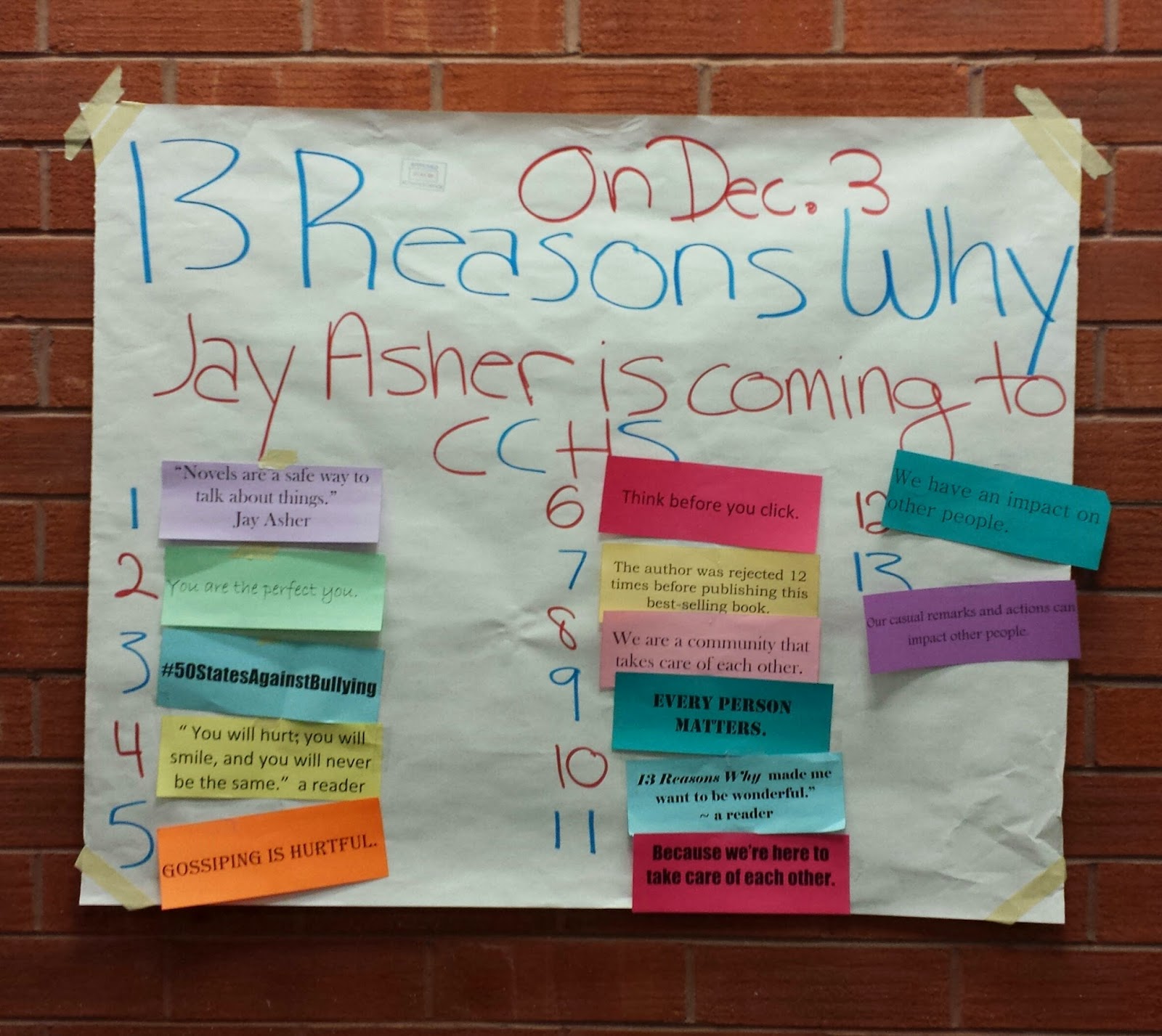 To highlight the problem of cyberbullying, they had students leave positive messages on a large smartphone. 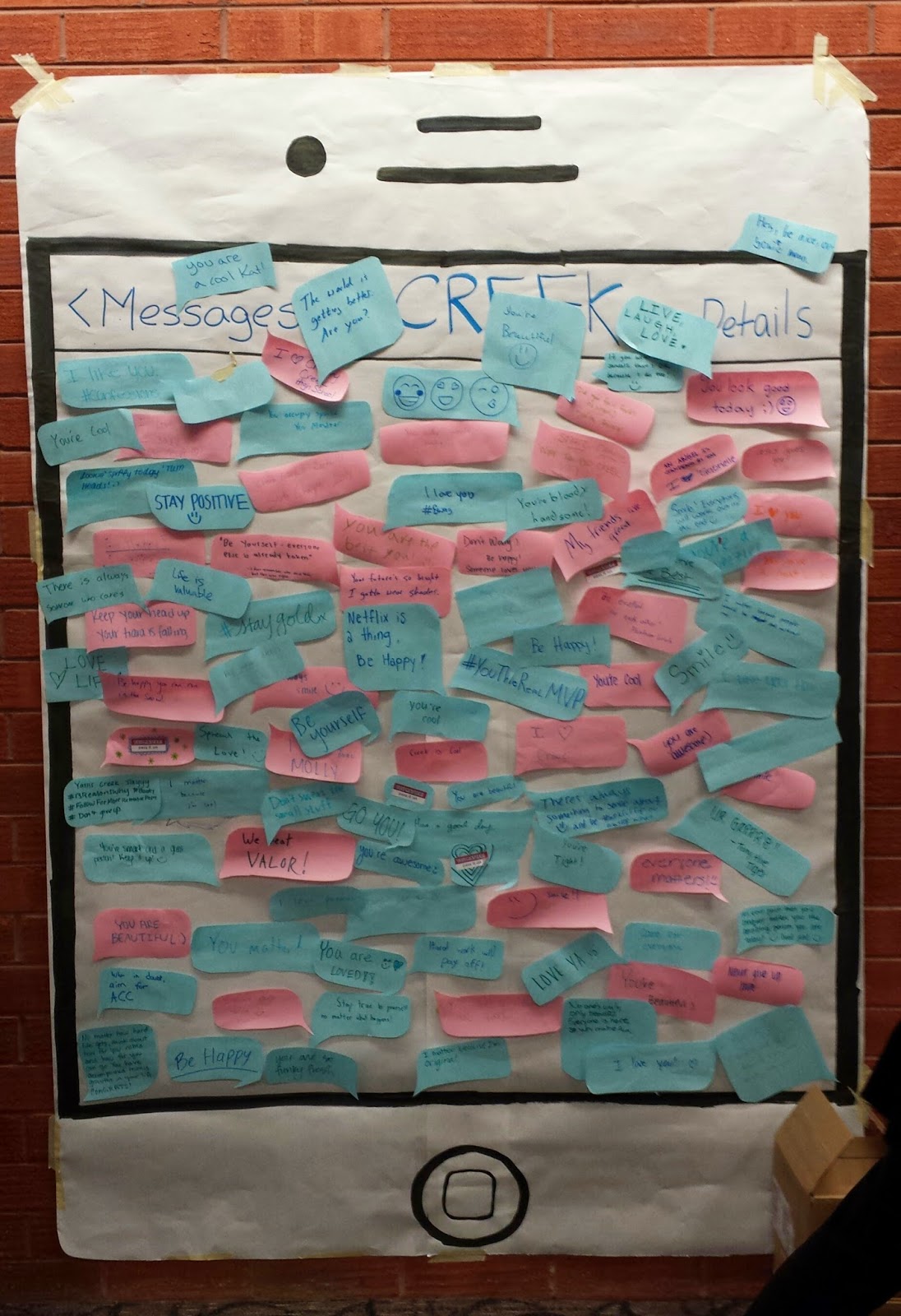 And the #ReasonsWhyYouMatter cards were hung with such care. 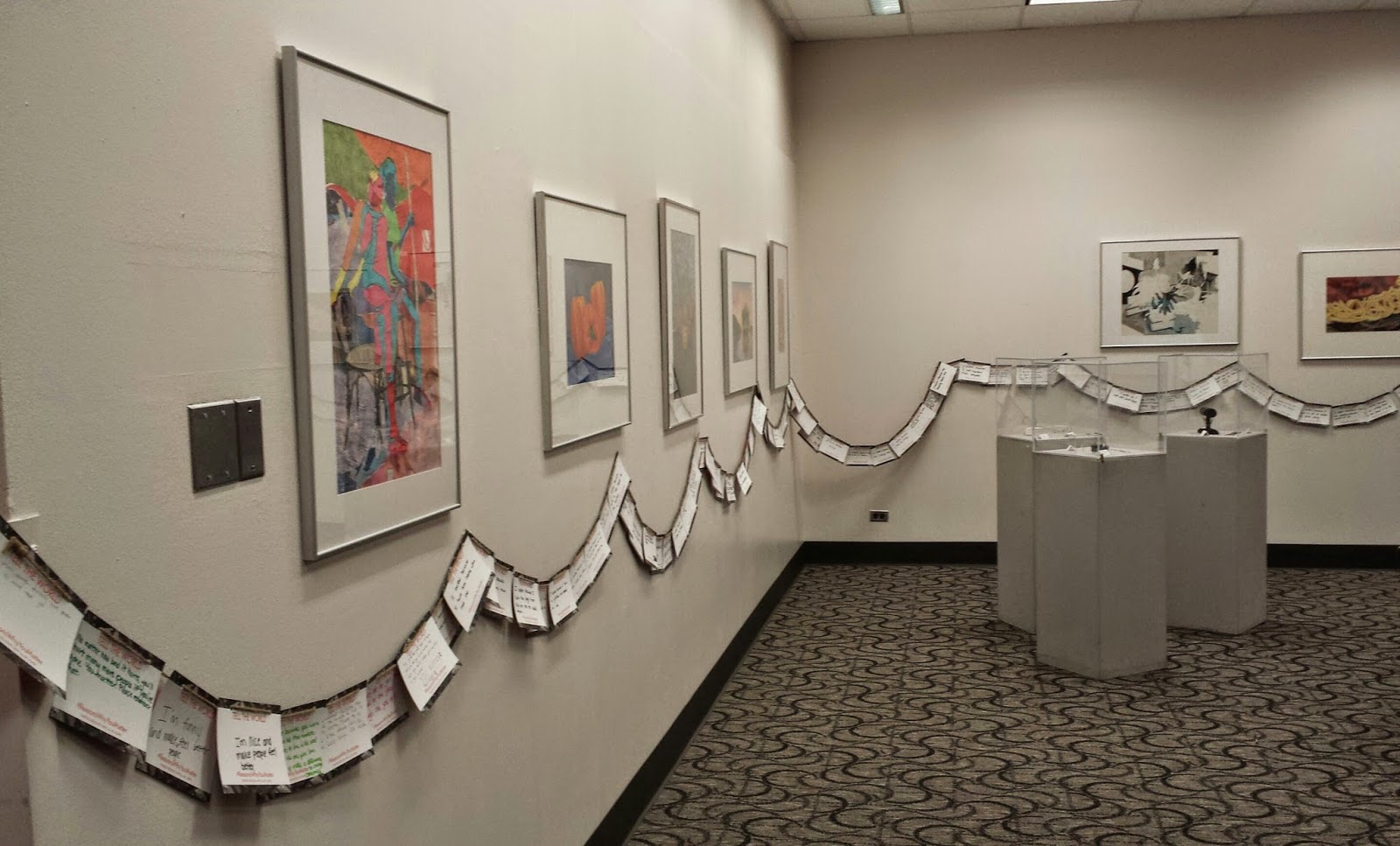 A previous event at Cherry Creek used these stickers, which they brought back out for another round with my visit. People wore them on shirts, backpacks, and placed them on books. 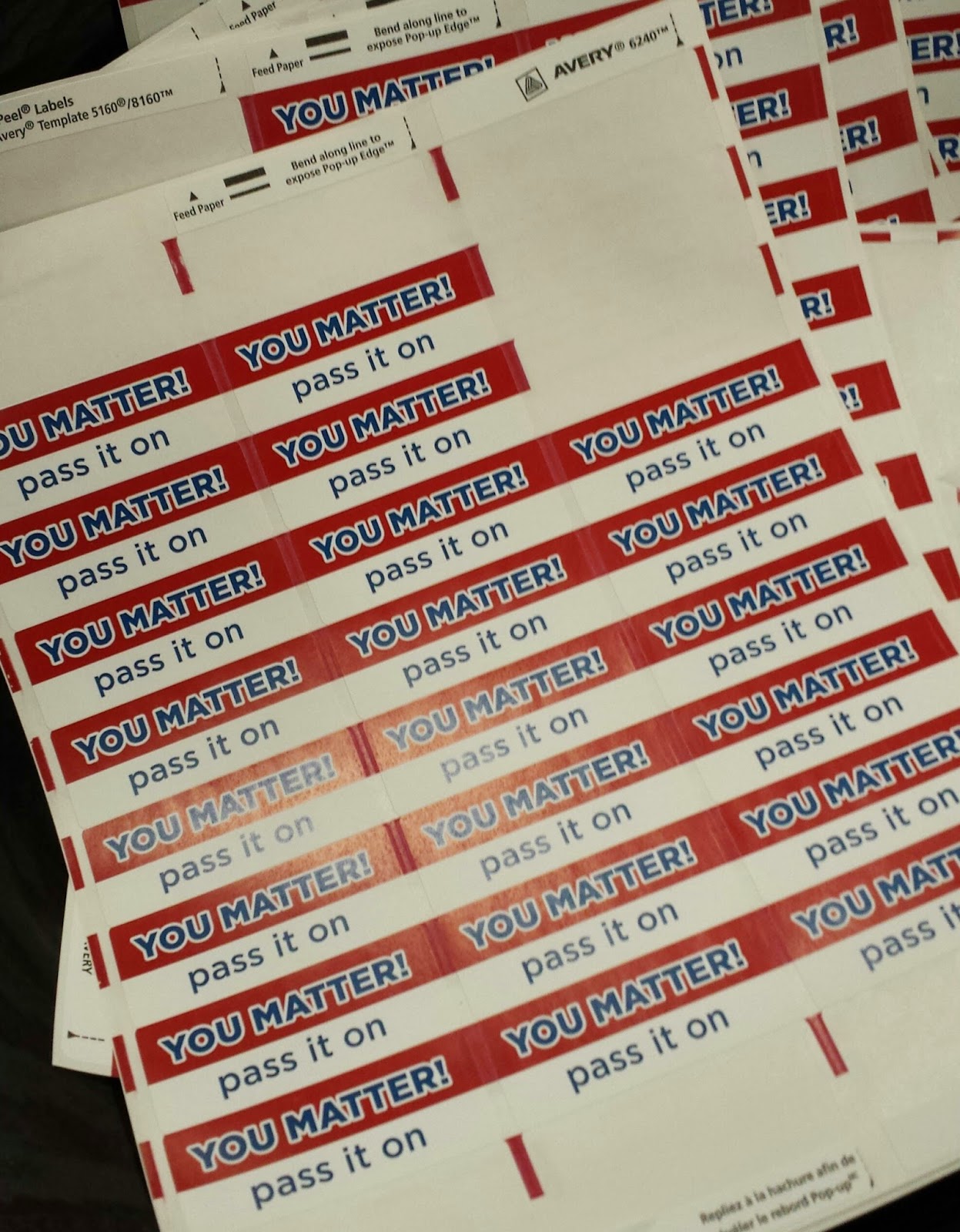 Many schools don't have room to do this, but I love it when neighboring schools are invited to send students to join the audience. At Cherry Creek, several other schools brought students to one of my presentations. 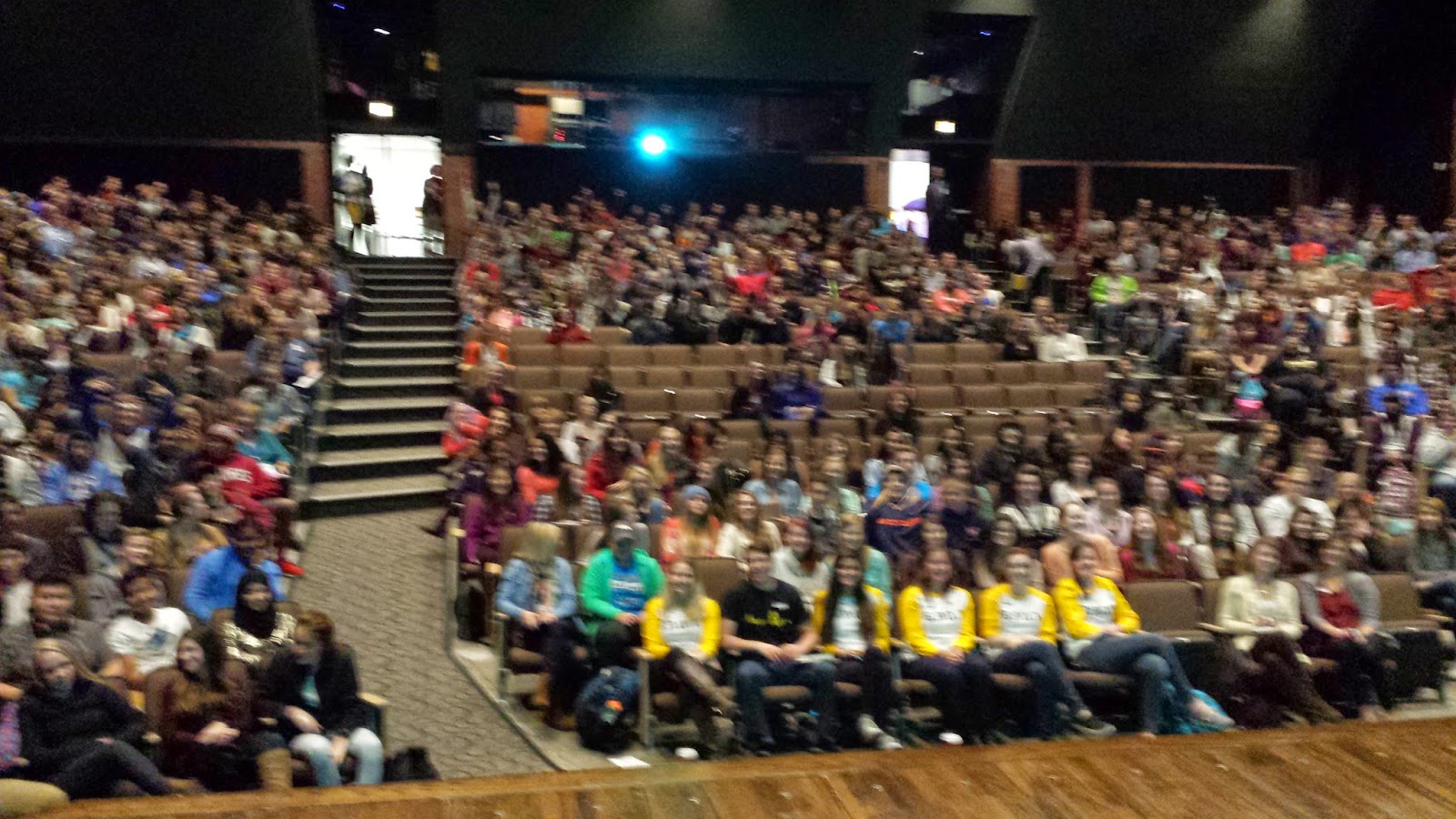 There were also some parents, psychologists, and the superintendent in attendance. 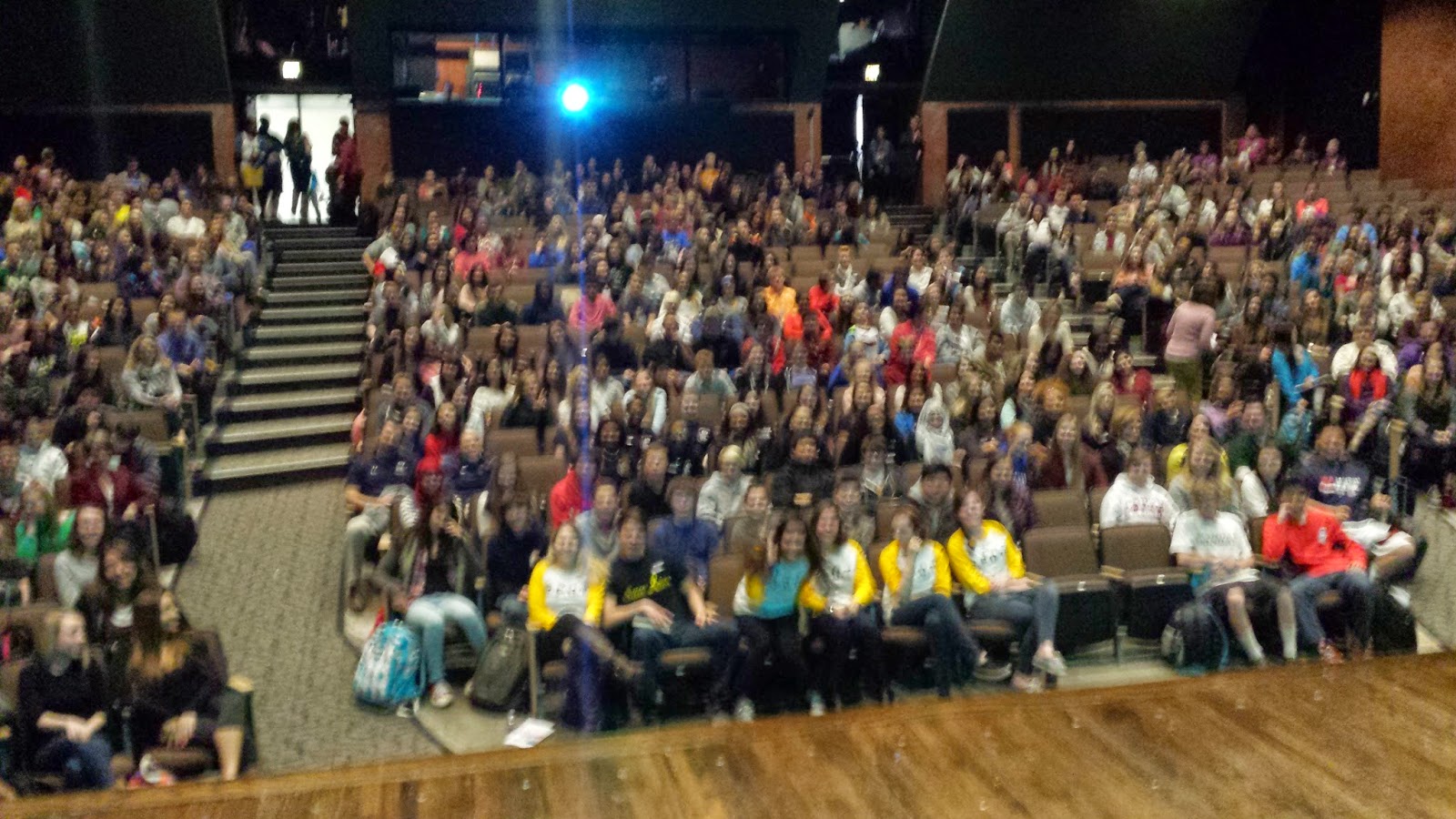 As they left the room, if they wanted, students could sign this banner.

I'm always amazed at how many schools are already doing so much to tackle bullying and prevent suicides. At both presentations, I was introduced by members of S.P.O.T. (Suicide Prevention Of Teens). 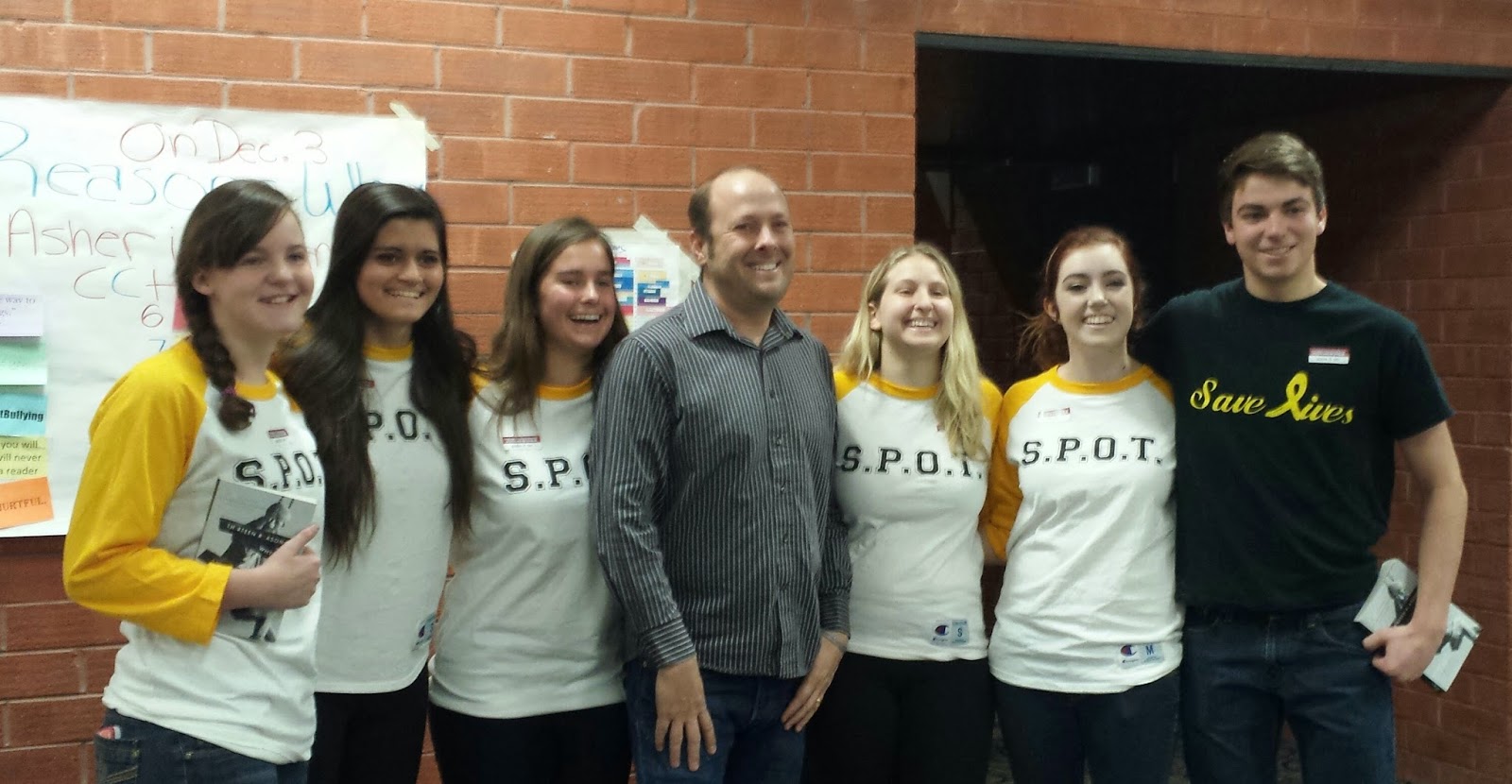 Honestly, visiting these schools has me so inspired about the future. I kind of want us adults to get out of the way right now and hand it over. But it'll happen eventually, and I feel good about that. It's also a reminder of how much more giving and thoughtful I could have been at a much younger age. But it's never too late to start living by the examples of these students. And one day they'll graduate, hopefully feeling proud of their time in high school. 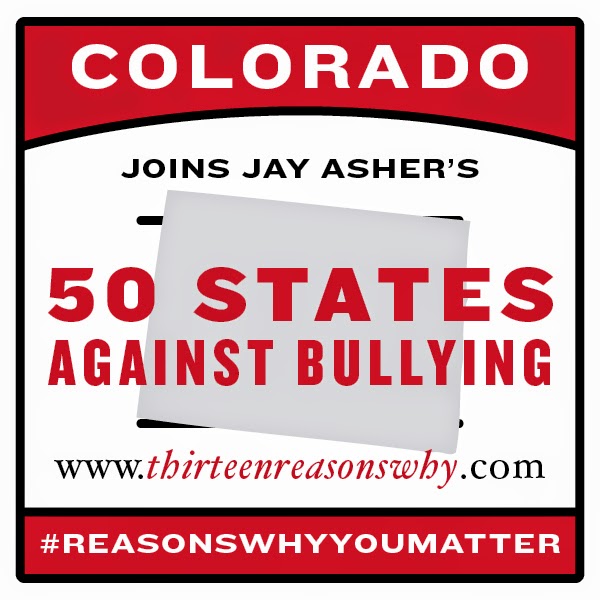 Your blog post is just as amazing as you are, but it says "twentieth stop" but I think that Colorado was your 21 stop, so yeah, just a little error. You are still an amazing author