Our first stop on the book tour for The Future of Us was at Barnes & Noble in Princeton, NJ.

On the long drive to the event, Carolyn and I went over what we wanted to talk about with the attendees. We realized, even though we spent a solid year writing and rewriting that book, we still love thinking about the characters. (Which is good, because we're going to be talking about them a lot over the next week.) 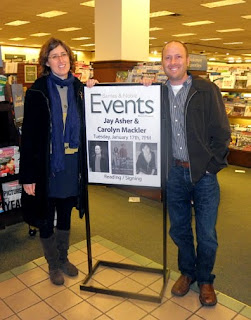 The next day, I took a quick trip to The Metropolitan Museum of Art. I only had about two hours, so I rushed through the new exhibit of American art, which prominently featured Washington Crossing the Delaware. That thing was huge! And I'm still a little disbelieving whenever I stand before a piece of art that almost everyone knows about.

This can't be the real painting. It must be a copy! 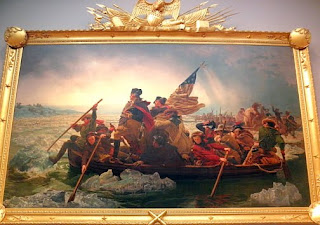 Before I rushed back to my hotel, I took a close-up photo of one soldier from On the Southern Plains, by Frederic Remington. For some reason, I was mesmerized by his expression. At first, it made me laugh. Then it freaked me out! 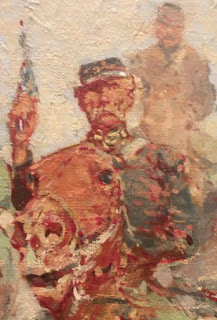 Even though the tour's barely begun, I miss Isaiah tremendously. And apparently he's been missing our reading time, so we scheduled a Skype chat. I read him Nina Laden's Grow Up! while he flipped the pages. 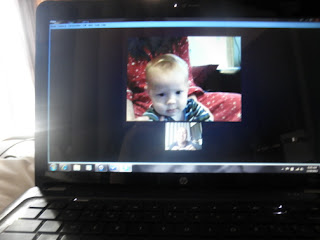 And then he hit a couple of buttons and the screen went blank.

For our next stop on the tour, Carolyn and I went to WORD in Brooklyn. 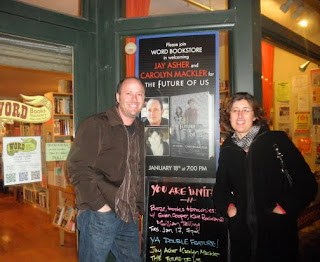 They have a great downstairs room for author events, so Carolyn and I were able to debut our funky/cheesy/cool Powerpoint presentation, which includes photos of what we each looked like in high school, and what we both look like in heart-covered tights. 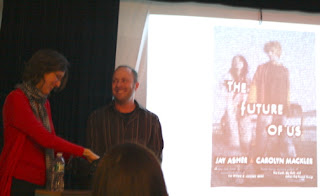 Of course, the best part of speaking at bookstores is meeting readers. Some readers I've known through the blog/Facebook/Twitter for years and it's great to finally meet face-to-face. For example, in Brooklyn, I met Nicole. She created one of the first mock Thirteen Reasons Why movie posters that appeared online after the movie deal was announced. She printed out a small version, hoping that maybe I'd remember. I did, of course! And she was kind enough to autograph it for me. 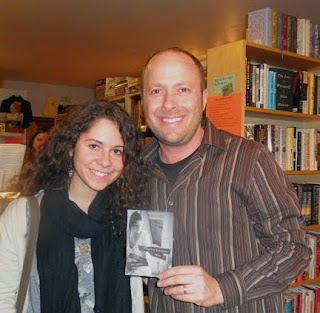 Are you going to do a tour in Europe?

Isn't Skype just the greatest thing for keeping in touch when you're far away? I don't know what Fred and I would do with out it. So great to ready about the new tour and all the good things going on!

Hey Jay just wanted to say that I LOVED your book!!!! And I also had a question....could you should come speak at Mohave Middle School or Saguaro High School in Arizona??

Well that's it Thanks!!!