I've never had this much fun on so little sleep. Last night, I took a red-eye flight from Seattle (11:40pm) to Cincinnati (8:50am) with a brief layover in Chicago. With the three hour time difference, that meant I began the very full day with very little sleep. But the adrenaline kept me movin'!

First stop, Gamble Montessori High School. That place had some of the coolest teachers I've seen, and the students asked some of the best questions. I started by speaking to a group of 7th graders... 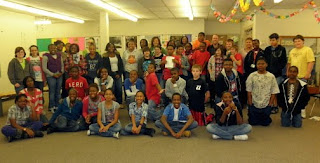 ...and then a class of seniors. 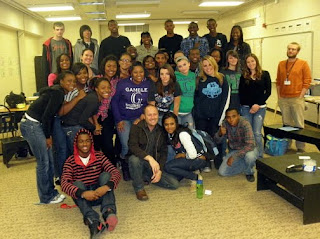 At the main branch of the Cincinnati & Hamilton County library, which has an awesome waterfall out front... 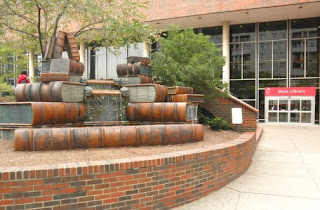 ...I attended a pizza party with members of their reading group. It's not a book club where everyone reads the same book, but everyone talks about their favorite latest reads. And I came away with a few great titles to check out. 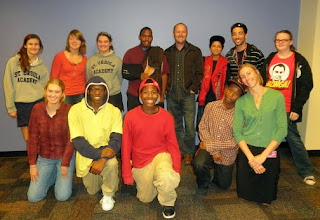 Based on consistent recommendations by my Facebook friends, I grabbed a second bite to eat at Skyline Cafe. Chili-covered spaghetti is so yummy! 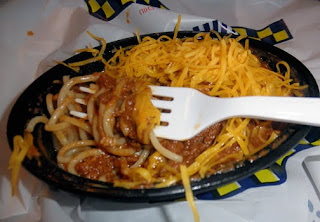 While my hotel didn't have signed books by authors who've stayed there (like the past two) or funky robes (like the last one), it did have Tent City from the local Occupy Movement (Occupy Cincy) right outside. 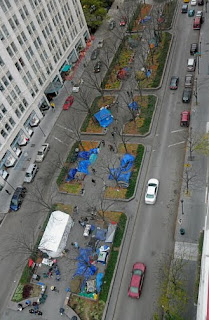 Then it was back to the library for the main event. 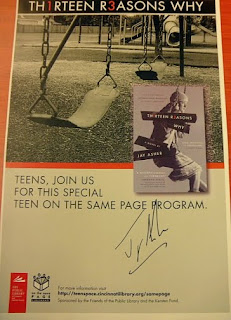 Joseph-Beth Booksellers handled the book sales, and here I am with Annette from JBB. 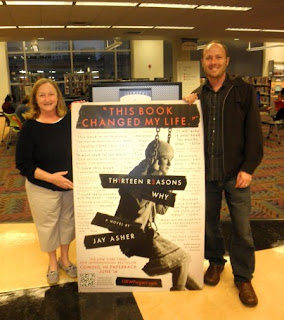 Once again, I had a great time speaking to and speaking with everyone who showed up. 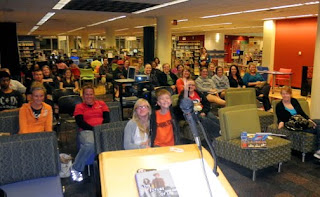 And now it's off to bed, because I have to get up a little before 5am.

You're up next, Minnetonka!
Posted by Jay Asher at 6:20 PM

That waterfall is so cool!

aww! that sounds so fun! i wish I had been there!

Several students from my school and I attended the visit at the public library, and we enjoyed it so much! I only wish more of my students could have been there. Almost 100 of them have read the book!

I was there! #throwback loving that your book is finally coming to life on TV