The Texas Book Festival was a great way to end my weeklong tour. Even though I've been averaging 4.5 hours of sleep per night since last Sunday, being surrounded by both readers and other authors gave me plenty of energy to sprint through the day.

On the stage of a church, I was a part of panel titled To Ban or Not to Ban: What Is the Question? 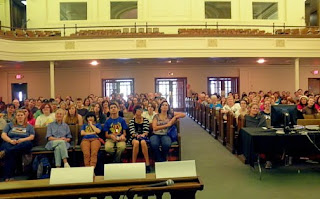 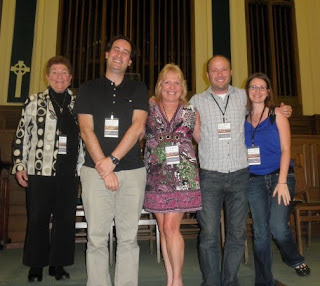 We each wore those pink microphones that clip around the ear, run down the cheek, and point to the mouth. For a couple questions, Ellen's microphone didn't work, so I leaned my head next to hers so everyone could hear her. We share an agent, so watching each other's back is much more important than personal space!

Then Ellen and I hopped onto the back of a golfcart (always wanted to do that!) and headed to the hotel where a lot of authors were staying. 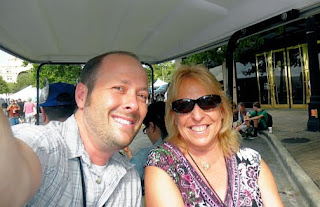 There, we bumped into Sarah Dessen. 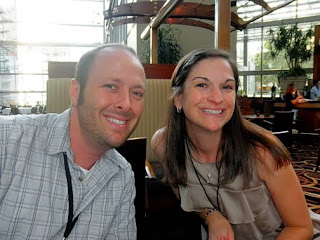 Do you see why I love literature festivals?

In the evening, teen authors at the conference came together at the beautiful Texas State Cemetery for an event called A Convergence of Souls. 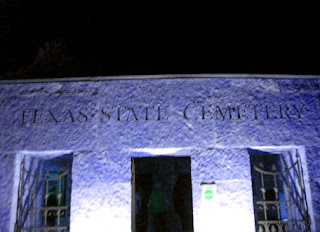 (The cemetery isn't actually painted purple, but I thought this looked creeper!)

It was there that I finally met James Dashner. When Carolyn Mackler and I recorded our videos in Seattle (was that really just last Monday?), Mr. Dashner recorded right after us. Unfortunately, we couldn't stay until he was done. But our paths crossed in a different state only five days later. Crazy! 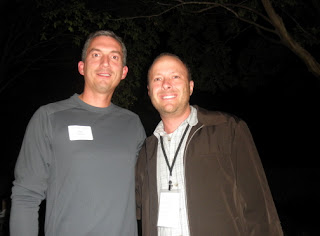 While I have waited in line to get a couple of books autographed by Louis Sachar, it would've brought up a lot of questions to know that the first time I actually got to talk to him, we'd be standing in a dimly lit cemeterey. 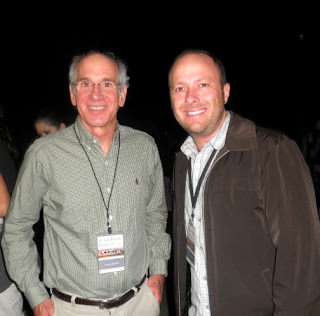 A whole bunch of teens and parents listened to the authors play a couple rounds of story-building, where we were given a genre and the first sentence, then we each went to the microphone and added a sentence. The stories we came up with will never be published, which is a very good thing! A librarian also played a round of Mad Libs using audience suggestions, and another librarian read a story she wrote using titles of books from every author there. 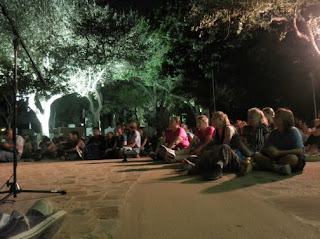 Then I went to one final afterhours bash with several people from Penguin and Joe Schreiber. 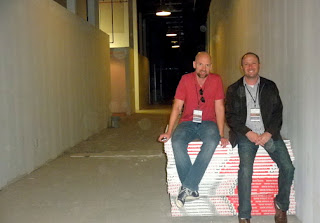 In the morning, after another 4.5 hour sleep, I'm finally heading home.
Posted by Jay Asher at 12:01 AM

Totally cool! I love being able to live vicariously through you on this book tour :)

The Princess of Everything said...

Oh wow! I wanted to go this weekend but didn't make it! It sounds like it was amazing! I'm so sad I missed it! There were some amazing authors there and fun things!