The Stars at Night...

Actually, the stars at night weren't very big and bright on my first trip to Texas. The stars were hidden by clouds, which sporadically sprinkled a little rain. But I wasn't here for the stars, I was here for the librarians! And now that I think of it, librarians are stars in their own right. So it was a success!!!

Since I was in San Antonio, of course I had to visit the Alamo when I had the chance. 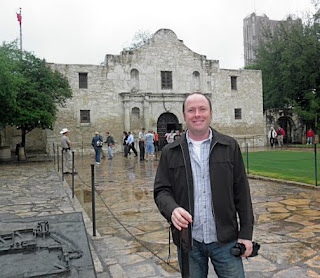 The Texas Library Association's annual conference is huge. I've been jealous over the years of other authors attending this event, so I was so happy when I got asked to attend this year. 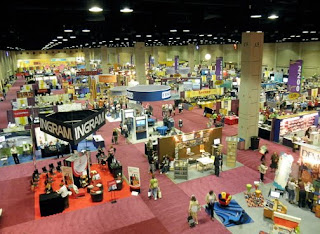 The Penguin booth was constantly busy, and I grabbed a few copies of upcoming titles from them, as well as from most of the other publishers attending the event (as if I have room for any more books...but they were free, so how could I help myself?).

San Antonio has an amazing and beautiful Riverwalk, with shops and restaurants bordering the water. You can even take a guided boat ride down the river. 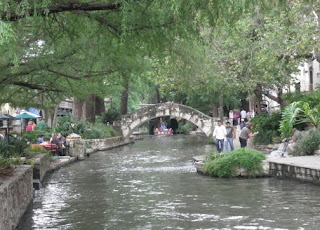 My first night at TLA, they had a reception for publishers, authors, and illustrators. Rick Riordan was among the attendees. 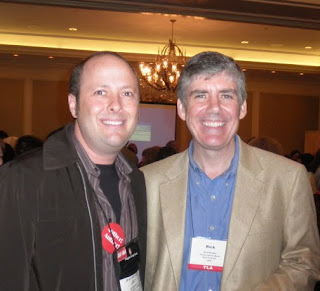 Chris Crutcher, as you may know, wrote the first teen novel I ever read: Stotan! He also gave Thirteen Reasons Why it's first blurb, so the chance to talk with him for the first time since 2000 (years before I began writing for teens), was quite an honor. The dude rocks! 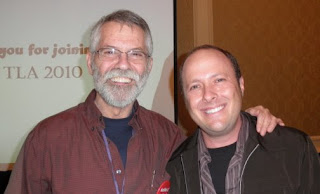 The next morning, I met authors Jandy Nelson, Varian Johnson, and April Lurie to sign copies of our books for a whole bunch of teens attending the conference. 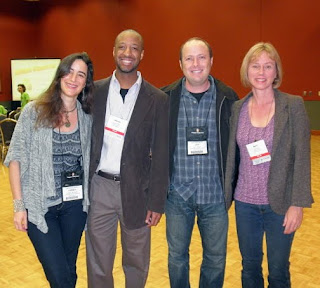 As always, talking to teens about books is nothing but fun. When we ran out of books to sign for them, we began signing their shirts. 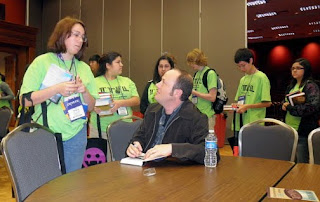 Then Jandy had the great idea of getting teens to sign the shirts they'd given us. At first, the teens were wondering why we'd want their autographs, but eventually they began standing in line to sign our shirts.

That shirt is the best thing I'm bringing home from this conference (and I got some really cool autographed books)! 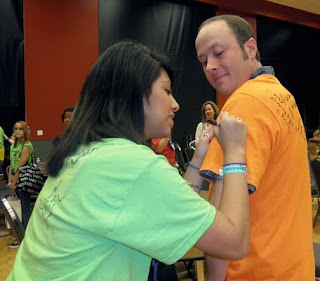 Next up, I was on a panel with a few other teen authors, discussing how we use technology to connect with our readers. Before many people arrived, Kim (from Penguin) and Rose (middle school librarian) jumped into action, dropping flyers and discussion guides on every chair. 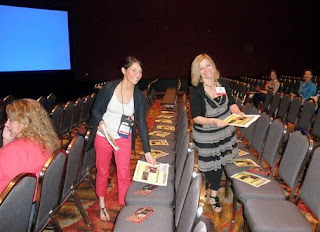 I was on the panel with Judy Blundell, Maureen Johnson, Cynthia Leitich Smith, and Cory Doctorow. 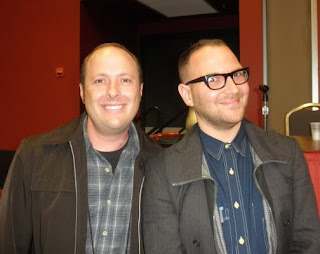 And here's the view from our perspective: 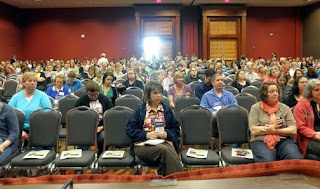 After the panel, it was straight to the signing area. On my way down to the floor, I grabbed a shot of the line forming in Aisle 4. (I love signing books!) 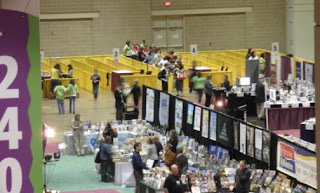 Penguin invited a few librarians to have dinner with me, which was a great chance to chat with those bright stars I was telling you about. 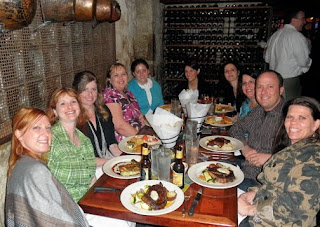 Apparently it's a Texas thang to make guacamole fresh and at your table. 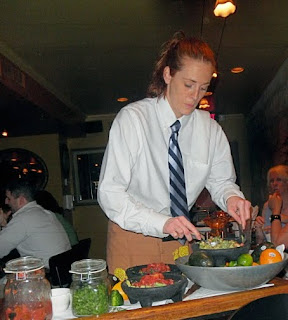 Finally, before turning in, the Penguin peeps and I took one of the night river cruises. 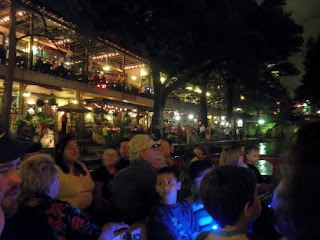 Thanks for a great first trip, Texas!
Posted by Jay Asher at 9:40 AM

So glad you enjoyed your first trip to Texas. And you are right TLA rocks!! I wish I could have been there at the convention, it had a stellar cast of authors. I have your book in my TBR pile!

Excellent faces to be surrounded by. So, now I see why the hard work of publishing a well-written book pays off. You get to be on a panel with Maureen Johnson. Heaven.

I am so glad to have you visit TLA and be in the Teen room. My teens will be talking about you for weeks. Dinner at Boudro's was great. It was wonderful to meet you.

The Dark Side Productions Series said...

wow! your very close to where we at! El Paso, TX! If you have any time, come and give us a visit here in the sun city!!! and we're glad that you enjoy ur first trip in Texas!!!

-the dark side series

So glad you enjoyed your trip to Texas, in spite of the rain! The technology panel was great, and it was wonderful to meet you at dinner on Friday night.

The books and technology panel was fun, and you were great. It was my favorite part of TLA. Thanks for coming to Texas and keep up the good work!