This One Goes to Eleven!

Earlier this week, just before hopping on a flight to Kansas City, Missouri (that's where the airport was, I was actually speaking in Kansas), I found out that Thirteen Reasons Why won Missouri's Gateway Readers Award! 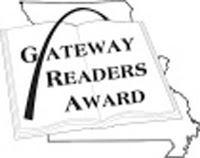 So what's the current tally? Missouri gets 11 electoral college votes in the presidential election. Thirteen Reasons Why previously won teen book awards in Florida, Kansas, Kentucky, New Jersey, Oklahoma, and South Carolina (27, 6, 8, 15, 7, and 8 votes). During the election of 2012, I'll be 37 years old, and you only need to be 35 to run for President. Because many of the awesome teens who voted for my book in the above mentioned states will be casting their first presidential votes then, I just might have a shot at 82 electoral votes...needing only 188 more to win.

I absolutely love that book!!!