As the clock counts down to the end of what's been an exciting and crazy year, I'll be with JoanMarie in Yosemite National Park. We wanted to attend their New Year's Eve celebration last year, but tickets sold out extremely fast. So this year, the very day they went on sale in March, I woke up early and got 'em!

So that's where I'll be at the beginning of 2010, wearing a tuxedo for only the second time in my life. The first was at my senior prom almost 17 years ago... 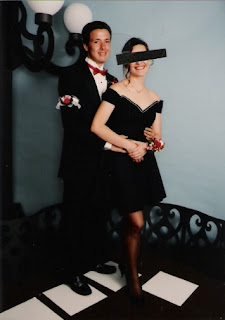 I'll see you in 2010 with more posts about whatever I feel like postin' at the time, more contests (including a giveaway of two very special books during the first week of the new year), and hopefully something really exciting will happen so I can uncross my fingers and tell you all about it!

I think 13 Reasons why is one of the best YA books I've ever read. You write a girl character better than some women. I hope you write more books. And I think it's cool that you keep a blog. More writers should to keep in touch with their audience.

I wish you a happy new year! I've got a little problem-- we're actually reading your book in school and we have to find a picture that fits to every character. But could you help me by saying how clay jensen does look like in your mind? I've got an idea, but i can't find a picture...

Thank you, Victor. It's always scary to write from the point of view of the opposite sex, so that's a huge compliment!

Happy New Year to you both!!!

Have a Happy New Year! I'm so glad you wrote 13RW and I can't wait to read it again. Its by far one of my favorite books. =]

I hope you're still doing the Spring Conference in May in Michigan!

p.s. will you be at the SCBWI conference in NYC this year?