The performance was set to take place in the partially restored Mission San Miguel. 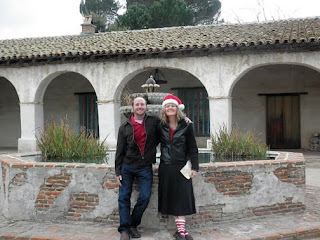 Below is a photo "borrowed" from the Mission's website, and by the time we got to the place, almost all of the pews were filled. The musicians and choir were at the front of the church and it looked like it would be a beautiful performance. I was actually shocked to see so many people almost busting down the adobe walls of this minus-2000 population town. 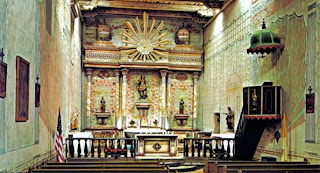 The staff was very kind, setting up folding chairs to accommodate as many people as possible. Unfortunately, seven of us wouldn't fit. But they took pity on us and said that if we wanted to sit in a room off to the side, we would still hear the musicians, we just wouldn't be able to see them.

‘A room off to the side’ turned out to be ‘a room down the hall where we could kind of hear the concert through a tiny amplifier.’ (That's the amplifier beneath the table.) 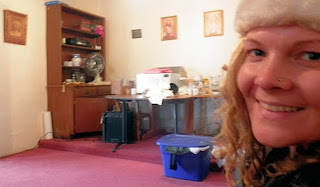 A good attitude can make almost anything entertaining. But listening to a bunch of musicians and a choir filtered through one microphone and a small amplifier gets a little hard to listen to after a while. 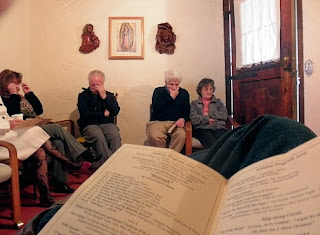 So we left Mission San Miguel, stopped by Boo Boo Records, and picked up a version of Handel's Messiah as performed by The Philadelphia Orchestra and The Mormon Tabernacle Choir.

I must admit, that Handel was a talented guy!


Quick Tip o' the Day: If you're ever on your way to see Handel's Messiah and make a quick stop in a store along the way, and if the clerk asks if you've got any plans for the day, the correct answer is, “We're going to see Handel's Messiah.” If you simply say, “We're going to see the Messiah,” the clerk will probably give you a weird look, stop talking to you, and give the impression that she can't wait for you to get out of the store.
Posted by Jay Asher at 12:01 AM

lol Love the quick tip of the day! The entire event as a whole sounds rather humorous.

The entire day just felt "off" from the beginning. And we enjoyed it!