We just got home from ringing in the new year at Yosemite National Park. The big question at the New Years bash regarded how to pronounce the brand spankin' new calendar year.

What are you calling it?

JoanMarie and I honeymooned at Yosemite seven years ago, and we'd always wanted to go back during the winter. Of course, that meant putting chains on the tires of our car, which is something I wasn't totally excited about since I'd never done it and it's kind of an important task that you want to do correctly. The second tire was a lot easier than the first. 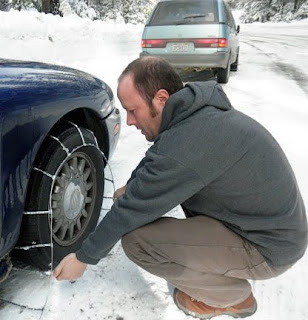 If you've ever been to Yosemite, you know how breathtaking that first view is when you come out of the tunnel. If you've never been, this photo does not do it justice. Please do yourself a favor and check it out in person! 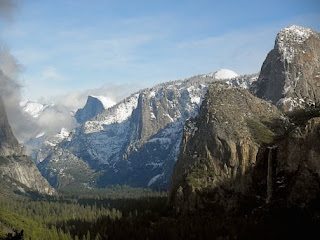 The snow covering the ground and accenting the trees and valley walls was absolutely beautiful and magical. That's El Capitan, the world's largest granite monolith, behind the trees. 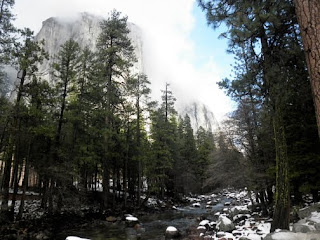 The view in the summer is just as inspiring, and you can't climb Half Dome in the winter (which is something we did on our honeymoon). 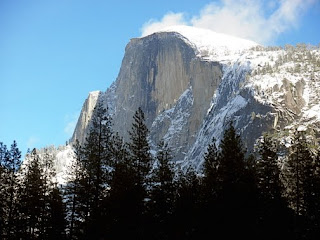 I almost bought a hat featuring Half Dome from the gift shop, but my self-conscious side wouldn't let me open my wallet. See, if your hairline is receding and you own a Half Dome hat, it just seems like you're begging for someone to crack a joke.

Bridalveil Fall is the first waterfall we came to, and I used that stop to fill up my canteen. 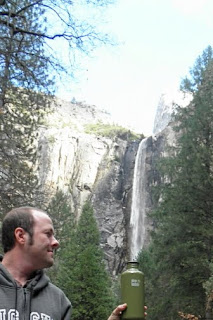 JoanMarie decided to drink straight from the source.

Any guesses what this spot, where JoanMarie is taking a timeout for some yoga, is called? 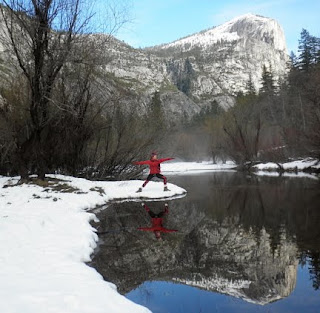 After a timeout to just admire the beauty, then it's appropriate to have an all out snowball fight...but be sure your camera's waterproof first. 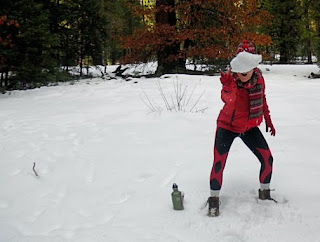 I have no idea why, but neither of us got the hang of cross-country skiing. Going uphill, for some odd reason, is easier than going down. Were we doing something wrong? 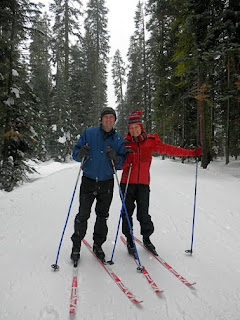 At least I never fell while ice skating. And skating outdoors at Yosemite, I'm sure, has ruined all other outdoor skating sessions for me. Especially when the full moon lights up the gigantic rock walls all around. 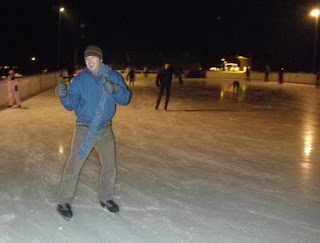 The main reason we went to Yosemite this particular week was to welcome the new year. The big gala took place two floors below our room at the Ahwahnee Hotel, which is almost as impressive as the God-created architecture around it. 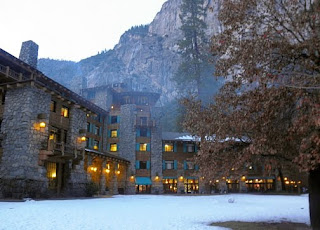 But before I show you the photos of our costumes...I mean, our formal wear...does anyone know how to use soap like this? It's a lot more difficult than I assume the designer intended. It almost makes as much sense as cross-country skiing. 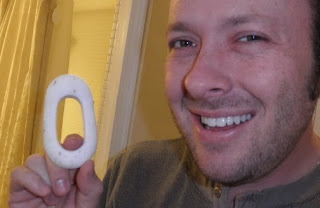 And here we are, heading into dinner, feeling like we finally got to go to prom together. 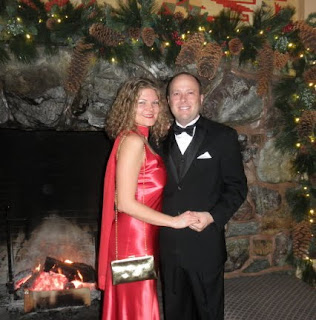 One moment which made me feel like a total rock star was when, upon giving my name to the photographer, the woman behind me asked, "Are you Jay Asher the author?"

JoanMarie thought it was just as cool as I did!

Then we ate. We danced. We ate. Then we danced. And then we did all of that a few more times.

When midnight came, confetti rained down, and an ice sculpture was illuminated outside. 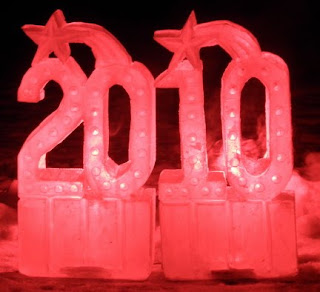 And just to be a rebel, I've decided to call this year Two-hundred-one zero.
Posted by Jay Asher at 1:40 AM

Love the pictures. What a gorgeous vacation!

Wow! Now I wanna go to Yosemite for New Year's. Looks like an amazing trip.

I'm calling it Twenty Ten, since we never said it was one thousand, nine hundred and ninety nine.

Congrats on your rockstar moment!

Excellent pictures! (Waterfall ones made me giggle.) What a gorgeous place to spend New Year's. I'm thinking "twenty ten."

Man, I love that place. Worked there one summer when I was 18 or so. Do not remember much, except that I was there and that I walked around in a daze from the beauty most days. Lovely, lovely place.

What great photos!! Hmm . . . I had no idea Yosemite was such a happening spot to spend New Year's. We just might have to check that out. :D