From Orange to Ohio

Last weekend, I drove to Southern California for the Big Orange Book Festival. Before my YA panel, I was able to listen to Richard Paul Evans speak. That dude has one of the best self-publishing stories with his first book, The Christmas Box. It was also personally interesting that Mr. Evans spent his early childhood years in Arcadia, CA, which is where I lived until eight grade.
Maybe I should write a Christmas book! 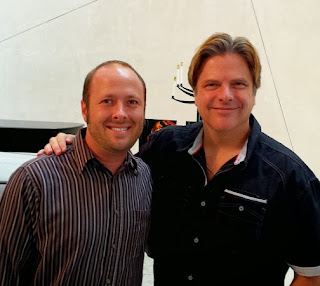 Then I spoke on a panel with David Iserson and Bruce McAllister. (David and I are both published by Razorbill, which almost makes us brothers.) I love speaking on panels! One, there's nothing much to prepare. But mostly, it's fun to hear how other authors view the same issues. 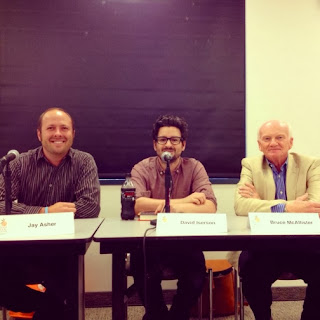 At the booksigning, I had to take this picture of my picture being taken by a phone decorated with a winking Selena Gomez. 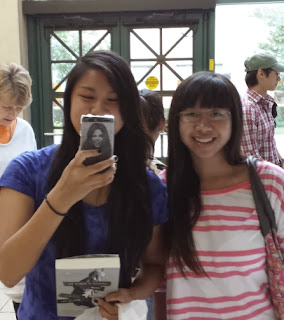 After being home for a day, I flew to Ohio, where I spoke at two public libraries. First, I spoke at the Austintown library in Youngstown. A few schools bussed students in for my morning presentation, which made me breathe a sigh of relief. (I must admit, I wondered if the librarians who organized the event realized I was speaking during school hours!)

While I've signed several male foreheads in the past, I was finally asked to sign my first female forehead! 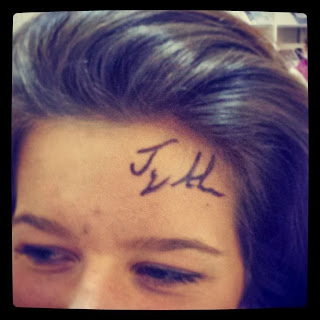 At noon, I spoke at the public library in Poland. (I must admit, I wondered if the librarians realized it would take more than an hour to get from Ohio to Poland. Apparently, Poland is a country and a city.)

The local NBC affiliate interviewed me and a few students before I began speaking. You can watch that report here. 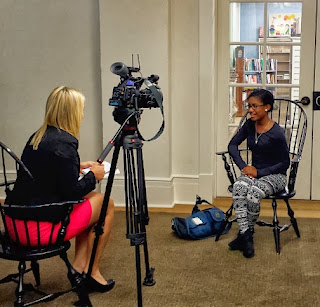 For dinner, I ate with winners of a contest where they had to list 13 reasons why they wanted to have dinner with me. (I'm so thankful my publisher came up with the title of my first book. Otherwise, these students probably would've only had to list 10 reasons.) 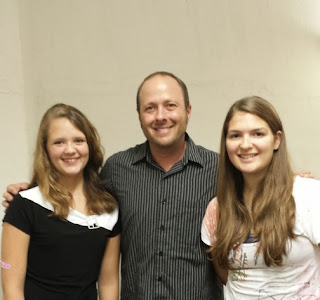 People came from as far away as Pittsburgh that evening! Unfortunately, the photo of this group is dark. But trust me, they're all beautiful.

Now I'm home for a day, and then I fly up to Washington to speak at a library conference. But the night before I speak, I'm hoping to make a very cool stop somewhere...which I'll tell you about later!
Posted by Jay Asher at 12:12 PM