Don't judge a book by its cover. Unless it's an awesome cover! Then hope the story lives up to what first attracted you to it.
Thankfully, I loved the cover for Thirteen Reasons Why the moment I saw it. But I've always been curious to know more about the photo it's designed around. 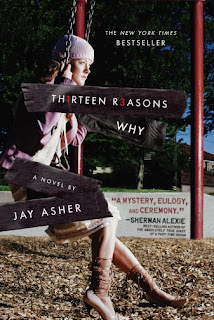 The designer (not the photographer) was Christian Fuenfhausen. The final concept, though, wasn't his first idea. First, he worked around the story's cassette tapes. 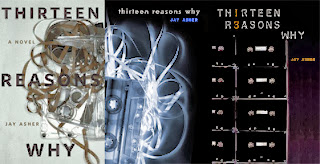 Then he worked on several versions using a swing. 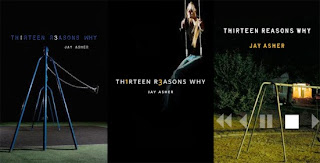 The photo that made its way into the final concept was found through Getty Images. What Christian discovered needed work to fit my story, but he saw something (because he's brilliant!) that he knew could be tweaked into something perfect. And while I'd heard about this image, I'd never seen it.

Over the summer, at the national SCBWI conference, writer and illustrator Dana Sullivan approached me, saying he knew the guy who took the original photograph. Would I like to get in contact with him?

So I emailed back and forth with the photographer, Ryan McVay. Oddly enough, about the same time I began writing Thirteen Reasons Why, he was taking several photos with several models at several locations throughout Loyal Heights Playfield in Ballard, Washington. (You can read about the time I visited that park by clicking here.)

Here's the photo he took that caught Christian's attention... 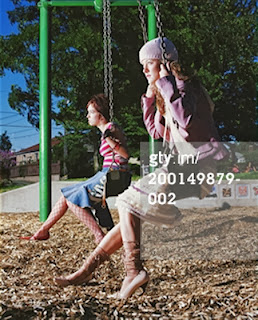 Thank you, Ryan, for taking that photo with no idea how it would one day be used. And thank you, Christian (once again!), for turning that photo into the perfect way for readers to initially judge my book.

Now check out Ryan's website. The look on the girl who came to represent Hannah Baker is a look he captures well!
Posted by Jay Asher at 2:08 PM

I'm glad the paperback cover is essentially the same; it drives me a little bonkers when different editions of books have different covers, especially if I liked the original best.

The cover, and everything about the story, is perfect. I have recommended it to so many friends. The teen voices ring out so clear and true and painful, just like adolescence itself. I look forward to your next book.

I've always thought book cover designers were so unsung. Anna Jarzab has shared stories behind her book covers and they're always fascinating. Yours is too! Who knew your book cover image was being shot while you were writing the book itself?! Crazy.