Last weekend, I spoke at a Society of Children's Book Writers & Illustrators conference in Tennessee. These regional conferences are always inspiring. They're a chance to meet, or re-meet, many people who all share a similar interest that's a huge part of our lives. I was particularly looking forward to this conference because it was only a few minutes from a city I've always wanted to visit...
Nashville!
I used to hate country music. I found it so...twangy! God gave us vibrato for a reason, y'all! But over the years, especially from a historical aspect, I learned to appreciate it. When my wife began singing in a bluegrass band, I actually learned to really enjoy certain aspects of it. And now, after spending a few days at its epicenter, I will actually call myself a fan.
Yes, a few days in Nashville can do that.
Before the conference officially began, I toured the Ryman Auditorium. It's referred to as the Mother Church of Country Music, for its history with the Grand Ole Opry radio show and its appearance. 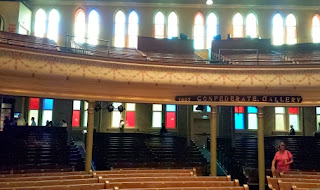 They have instruments and clothes on display from different acts that performed there. One legendary duo that first met backstage at the Ryman was June Carter and Johnny Cash. 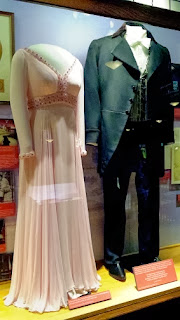 At the conference, I gave a two-hour workshop on writing suspense, a 45-minute opening keynote about my journey as a writer, a one-hour talk on co-authoring a book, one hour of Q&A, autographed some books, gave twelve writers critiques on the first ten pages of their manuscripts, and did a little author fanboying of my own.

I bought Kristin O'Donnell Tubb's Selling Hope. And since a good chunk of this post is about country music (which I'm now able to write without gagging because I've come a long way), an awesome tidbit is that Kristin's husband is Ernest Tubb's grandson. And Ernest Tubb is a huge figure in country music! 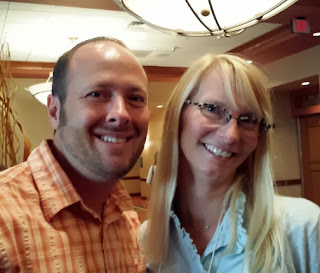 It's always nice to meet up with Candie Moonshower. We both won SCBWI's Sue Alexander Award years ago, and have been bonded by it ever since. 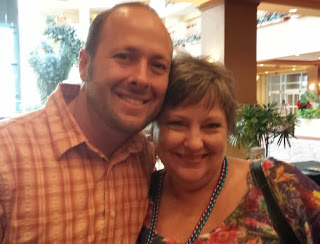 I can't go to an SCBWI conference without bringing something home for Izzy. This time, he got a signed copy of this book by Shellie Braeuner. She even personalized it with a doggie joke about garbage cans because she knew of my li'l one's fascination with all things garbage truck related! 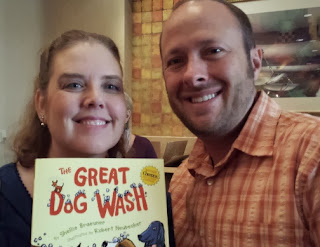 After the conference, the faculty and organizers dined at Monell's at the Manor, southern comfort food served family style. And oh my goodness, this must've been my favorite meal in years! I ate as much as I wanted of some of the yummiest food to ever grace this planet.

Was it healthy? Don't bring me down, man! It was yummy and let's just leave it at that.

Then it was off to the new home (since the 1970s) of the Grand Ole Opry. It was honestly an emotional experience, after hearing the backstory of the Opry, to step onto the stage in the same way a musician would. 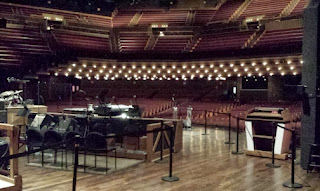 One thing I love about the tours I took is the way so much of what I saw paid respect to what came before. When they moved the Opry production from the Ryman, they cut a circle from the stage (not from center stage, but from the side so it would contain the historic footsteps of all the musicians, not just the center stage performers), and placed it into the new stage. 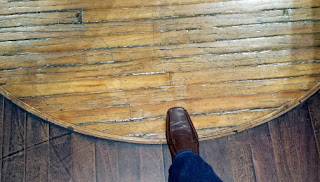 And yes, even before I knew I'd be coming to Nashville, I watched the TV show of the same name. So I just had to stop by the Bluebird Café, a real venue routinely highlighted in the show. But apparently I wasn't the only one to think of stopping by. The place was packed, both inside with patrons and outside with wannabe patrons. They even placed a jug of water outside to keep people hydrated as they waited. Wasn't that nice? But I didn't have time to wait in line. 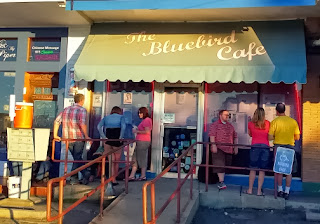 So I stopped by Nashville's full-scale replica of Greece's Parthenon. (Apparently, it was moving day.) 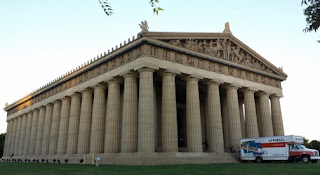 The Country Music Hall of Fame and Museum walks you through the music's folk and bluegrass roots to the more pop country of today. Again...history! There were instruments, recordings to listen to, and handwritten lyrics to songs like Jolene, by Dolly Parton. 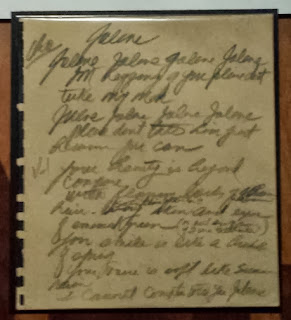 There were also stage clothes on display, even from the fictional Nashville on TV. These were the dresses worn by Rayna and Juliette when they sang Wrong Song at the Ryman Auditorium. 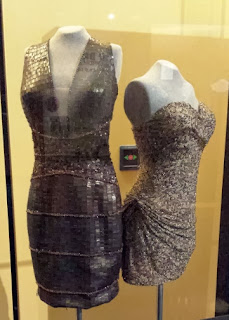 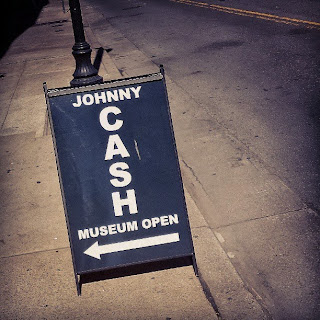 On this amp, Luther Perkins recorded the guitar parts for some of Cash's earliest and biggest hits. 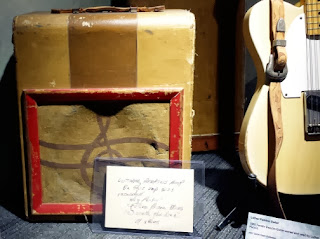 And here's a record from the first pressing of Cash's first recording session. 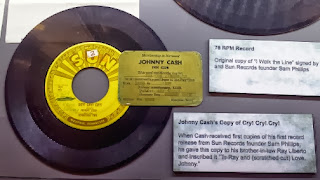 I love historical things like that. No one could've guessed where those recordings would lead. They had no idea.
And since I write for teens, here's Cash's junior year photo from his high school yearbook. This guy had no idea what was coming down the line. 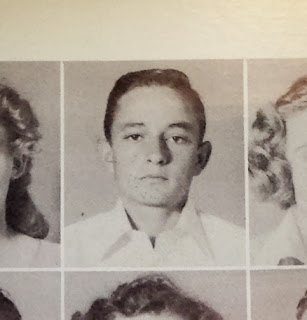 So glad you made it to the Parthenon and the Hall of Fame and Museum! Great seeing you, and already looking forward to LA.

Ancient Greece has nothing on us! :)
It was so great to meet you at the conference and hear you speak. I read your book in 6 hours and cried buckets. During your talk you said to find the story that only you could write. You truly found it, didn't you.
Thank you for coming to Nashville, Jay. We're lucky to have you.