Kristen Pettit was the editor of Thirteen Reasons Why. Even though she's now working at a different publishing house (I won't tell you which one because I'm a Penguin to the core!), we've remained good friends ever since.

Earlier this week, Kristen posted a photo on Facebook. Attached to the following photo was the caption: "Likely the last homemade pot pie of the season." 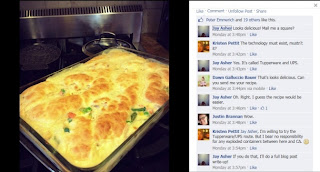 The last? As in, no more? But what if I wanted to try one? Sure, Kristen lives in New York and I live California, but knowing that was her last pot pie of the season made my tummy rumble.

So Kristen and I bantered back and forth in the comments section (click the above photo to see how that went), and soon she was posting step-by-step pics of the pie's journey from NY to CA. 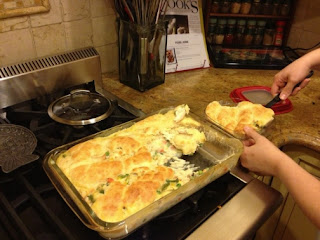 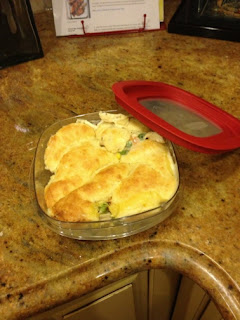 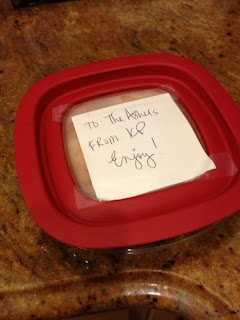 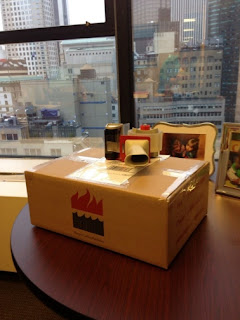 (She just had to sneak in a pic of her new publishing house.)﻿
The very next day, I opened that very same box. 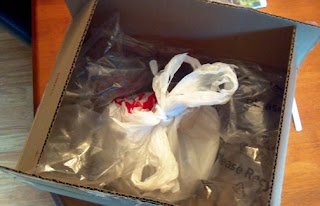 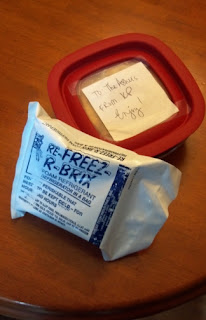 JoanMarie and her mom were at The Great American Melodrama, so the first helping went to Isaiah. The chicken pot pie more than passed the 2-year-old test.  (My son is 2-years-old, not the pie. The pie was only 2-days old!) 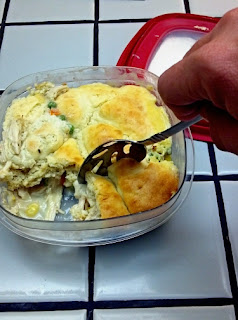 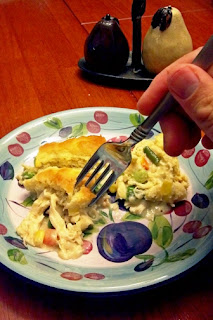 The eyes say it all! 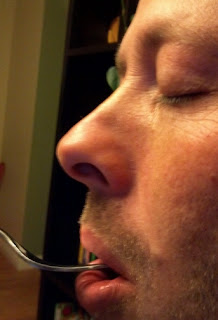 Thank you, Kristen!
Posted by Jay Asher at 8:16 AM

It's no secret I'm at Harper now!

So happy you and Isaiah liked the pot pie. I make it for my girls all the time. Now if I could just get you to return my Tupperware. :)

Return? For a refill, right???

that was cool, both of you. Give him a refill :)

Oh that looks SO GOOD! No chance Kristen would want to send some over to me would she? I'm only right next door in Jersey... (Kidding, though my stomach is rumbling as I'm writing this!)