Everyone Hail to the Pumpkin King

This weekend is the 2012 Half Moon Bay Art & Pumpkin Fest! Unfortunately, I won't be there.

I was there for the most exciting event leading up to PumpkinFest: the pumpkin weigh-off! Maybe that sounds hokey to you, but one of my favorite books deals with that world of competitive pumpkin growing. But my family didn't drive to Half Moon Bay for a weigh-off, we were there for a wedding. I didn't realize they were even having a championship weigh-off until we checked into our hotel, so it was a purely unexpected bonus to be able to see, firsthand, what I'd read about in a book that I love.

And that's what we were truly there for.

Specifically, the love between our good friends, Bethany and Edmond. 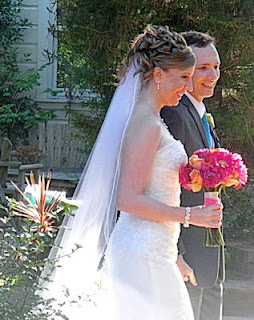 Isaiah was the only kid at the wedding, and I ended up taking him out to  the beach during the ceremony because he kept shouting "Yay!" anytime anyone did...well...pretty much anything. Did you open your purse? "Yay!" Sneeze? "Yay!" (He's a very encouraging kid.) But we returned in time for photos and to explore the surrounding garden with his mommy. 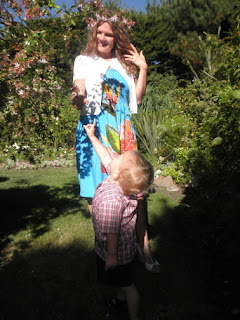 The reception was held at a place near a huge lawn for Isaiah to run around on. 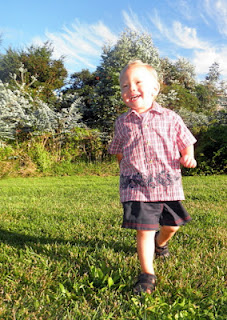 He only stopped running when an airplane flew overhead. Being near the airport, we got to see a lot of lowflying planes! 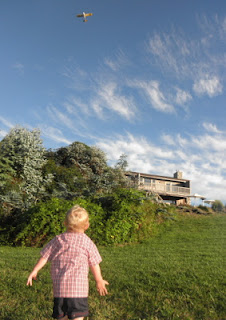 And the next day? Pumpkins! Huuuuuge pumpkins! 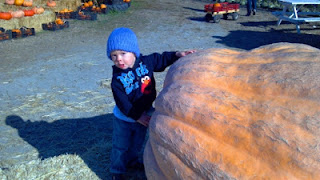 That book I mentioned earlier is Backyard Giants by Susan Warren. It follows growers through one season, detailing every step, as they hope to bring the heaviest pumpkin to one of several weigh-offs around the country. It's an exciting read full of passion, competitiveness, and science. So to just happen to be in town for a weigh-off? 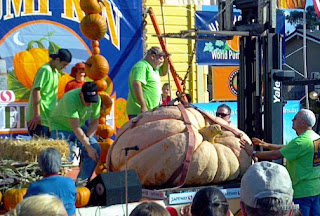 The level of care given to every detail of growing these things (from seed selection, to soil enrichment, to pruning, and watering) is intense. It muse be nerve wracking to watch a forklift come and lift it out of your truck on its way to the scales. 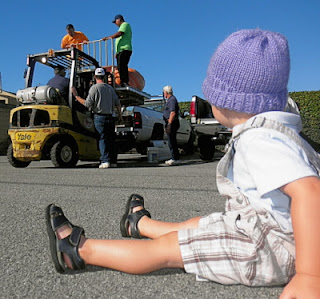 Here's the eventual winner, at 1,775 pounds, still sucking water into its stem. 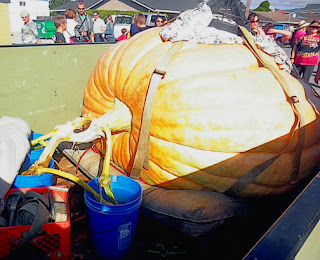 Before heading home, we stopped by a pumpking farm that had so much more than pumpkins: a train that drove us through a miniature Old West town, a haunted house, hot dogs!, childsize construction equipment...


...and a petting zoo, which provided for one of my favorite photo sequences. 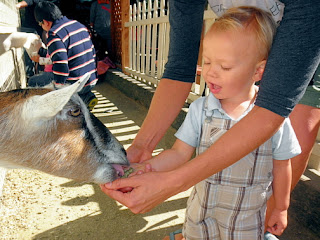 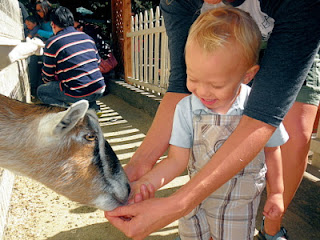 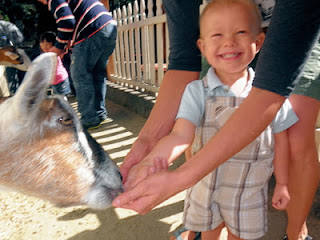 This is awesome! My father in-law works at The Oceano Hotel down along the water. HMB is really such a fun place, and of course, Pumpkin Fest is a great time to be there! :)