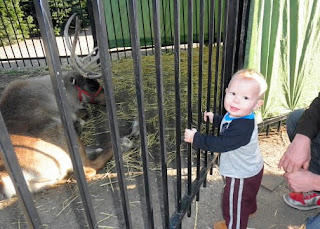 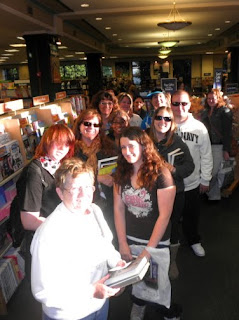 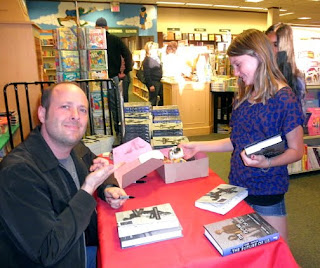 
If you missed my hour-long November 30th interview with Dave Congalton (local radio dude and fellow-author), you can listen to the podcast here.
Posted by Jay Asher at 10:35 PM

It looks like you all had a great day! I wish I could have gone to your signing. I called the store and asked if I could have one shipped to me but they unfortunately, couldn't do so. Enjoy all the "firsts" with Isaiah!

I was in the background of one of the picture! :D Yay!
The Future Of Us has been amazing so far! :)

I so promote your books with doughnuts now!!! Those were some of the best pics of doughnuts and I never knew what to expect! Congrats on the new release and what a wonderful hometown experience for everyone.

I've been a HUGE fan of yours ever since 2008 when I first read 13 reasons why. I bet if you scramble through your old comments on your blog, you'll find an excited, younger version of myself commenting on random posts. I appreciate all your amazingness and you're an AMAZING author. I really want to meet you one day, and I'm going to ask for The Future of Us for Christmas! Along with 13 Reasons Why, of course. It's my favorite.

All the people in line have BIG smiles on their faces. You're so awesome. What a great signing. Can't wait till I can come to one too :)

I'm currently reading "The Future of Us". I love it, I was the same age as Emma at the same time-- how fascinating. I remember thinking how this "information superhighway" would rather resemble the 405... I can't believe you live so close to me *not that close, but enough to be boggled*. I loved "13 Reasons Why" and I am loving "The Future of Us". Thank you both for your fine imaginations!!