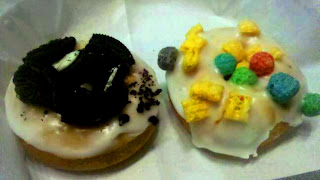 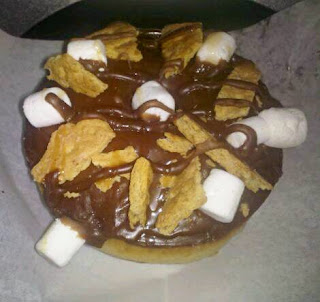 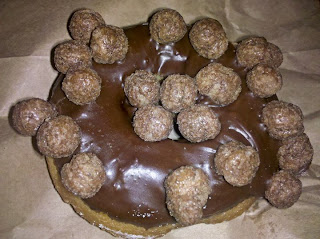 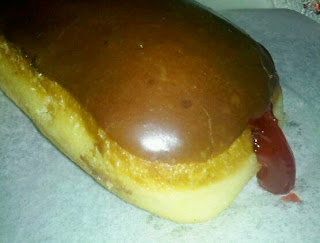 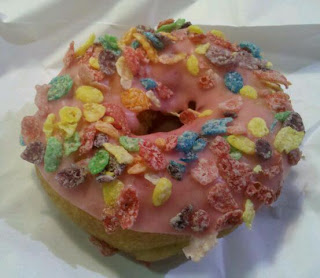 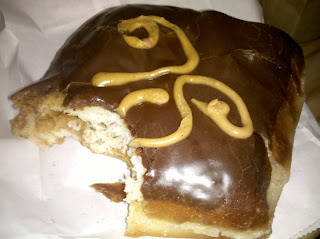 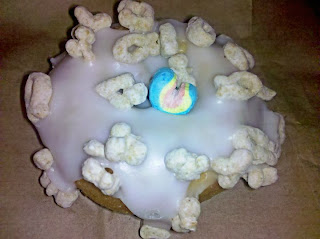 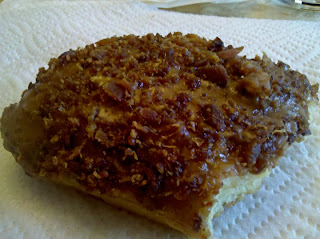 I nearly licked my screen.
Wow, those are some delicious-looking donuts.
Excited about your new project!

Well, besides being very psyched for your new book, I now wish I lived anywhere NEAR California - those are some wicked donuts!! Montreal doesn't even have Dunkin' Donuts anymore, it's all the Canadian company Tim Horton's...*sighs*

Thanks for sharing the photos - I know where I have to go on vacation..! ;-)

It's 3am in my country now. Still awake & very hungry. Then I read this post. Now, I wanna jump off a bridge or you better send me those yummy lil donuts. haha.

The book is sitting right next to me and now I want to stop working to read it. Excited for you both...well deserved. Been a huge fan for a long time.

Those are some interesting donuts. I really want to try the peanut butter one. Yum! I've had a s'more donut before, but that one looks way better.

Great answers! Makes me want to read The Future of Us even more if that's even possible. :)

Hey Jay! I just wanted to say I just got my package from
The competition with all the goodies :) thank you so much!!! I've started reading forgotten and reread 13 reasons why! Thank you hehe it really made my day :)

OMG ... those look so good! And what a cute interview. I want your shirt Jay!

Is it wrong to smile knowing you're all jealous of the donuts I've consumed?

And I can't wait for you all to read The Future of Us. I'm still amazed at how seamless the writing relationship was with Carolyn.

I ordered that shirt at the last minute. It arrived the afternoon before I left fof ALA!

Ok, at least there wasn't a crack house near you that was open all night!
Your collaboration with C is such the perfect follow up for you. Any other way, you probably couldn't have possibly met the fans/ critics expectations, but somehow, this magically takes all that away and allows the reader to come to it without expectations (except that it will be great of course). I love it when life hands you donuts instead of lemons!

Those are some fun donuts. Congrats on finishing your novel. Can't wait to read. =D

Why would you show me those donuts? So so EVIL!!!

I can't wait for the FUTURE OF US. I really need to read The Earth, My butt and Other big round things, too.