When I first began traveling to promote 13RW, I used to stay in every town at least one extra day to sight-see. No matter how small the towns were, I hated the idea of arriving, speaking and signing books, then flying out. Staying an extra day was such an amazing opportunity to check this country out!

But the homesick bug has been biting me hard and no matter how much fun I have while traveling, I love returning home. I haven't stayed an extra day in a long time.

When my plane began its descent into Minnesota, I immediately knew it would've been nice to stay an extra day. Trees here do something they don't do a lot of in California. In the fall...they change colors! And I can't tell if the trees are surrounded by lakes or the lakes are surrounded by trees, but it's absolutely beautiful. I'll never forgot those last several minutes on my flight here.

And the people? They're so nice! And their accents? Adorable.

But I was here to work. I gave two presentations at their regional SCBWI conference. Here's my view during my speech on how to turn any book into a page-turner. 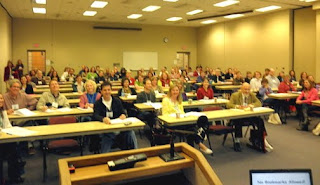 One of the best parts about any writing conference is meeting, or catching up with, other writers. 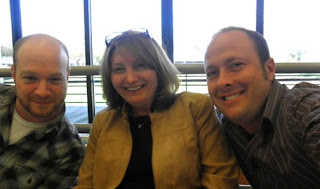 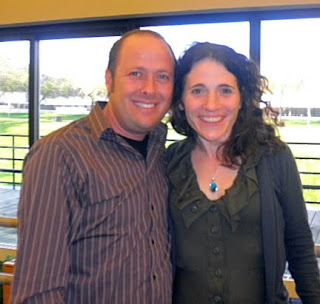 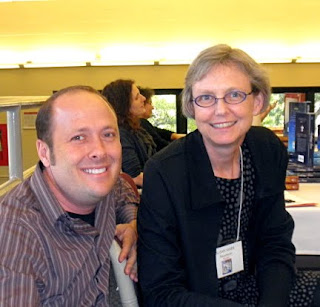 Ms. Swanson wrote The House in the Night, which won the 2009 Caldecott Medal. And that became my future son's second autographed book. 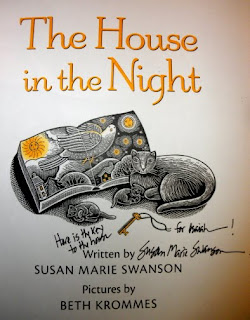 That boy's going to have quite a collection!
Posted by Jay Asher at 4:00 AM

You liked us. You really liked us! Thanks for an inspiring presentation. My portfolio review was a little lackluster that day. But thinking of your 10 year path to publication helped to keep things in perspective.

Sorry about the lackluster review, but to put things in a more accurate perspective, my journey was twelve years. (You can't forget those last two years.)

I can't wait to return to Minnesota!

Hey, i read "13 reasons why" for my English teacher , Mrs. Ward aka Wendie Ward, for a book project and she told me she had met and that you were really cool. So asked her for your email to interview and she directed me here. But i just wanted to say that you are a fantastic author and i really loved the book, its the kind I'm gonna wanna read over randomly a year from now.
Sincerely, Student.