This past weekend, JoanMarie and I went down to Hollywood to watch A Chorus Line. Neither of us had ever seen the show, but we were mainly going to hang out with JoanMarie's friend from college and her family. Turns out, Haley is the sister-in-law of the lead actor in the show. So when it was over, we were given a VIP tour backstage. 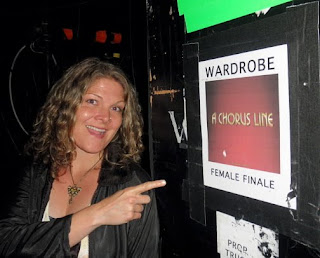 Live theater is something I always forget how much I love until someone gives me an excuse to check it out again. And then I kick myself for not seeing it more often. But it was fun to leave the backstage area with the lead actor and actress and see the people who do remember how cool live theater is waiting for photos and autographs.

Then we all went out for dinner at a Moroccan restaurant where everything is eaten without utensils. It took some time to feel comfortable digging my fingers into a piece of chicken or breaded thing that someone else had touched. But I was hungry, so I got over it. 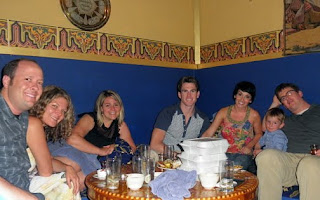 The next day, JoanMarie and I checked out the sites in Hollywood. I recognized about 1 out of every 5 names on the Walk of Fame, compared to 1 out of every 20 for JoanMarie...and I adore that about her! 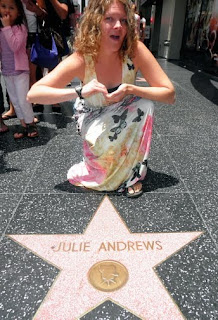 At Grauman's Chinese Theater, we checked out the footprints and handprints of the stars. I, of course, was excited to see that the stars of the Harry Potter films had left their marks. 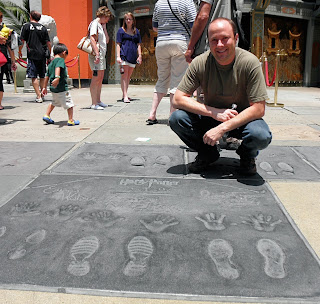 JoanMarie got to put her hand in the exact same spot Johnny Depp had once put his hand! 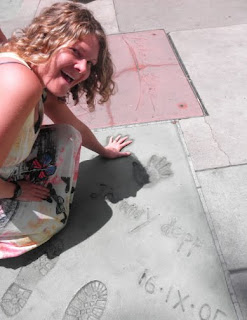 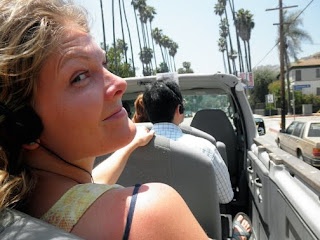 I'll admit, it felt a tad stalkerish to drive by homes currently occupied by celebrities. Even though they're making millions of dollars, they still deserve their privacy, in my opinion. The best part of the tour was just driving through the neighborhoods and seeing some really beautiful houses and picking up some Hollywood history.

I was most excited to see the house where they filmed the original Halloween. 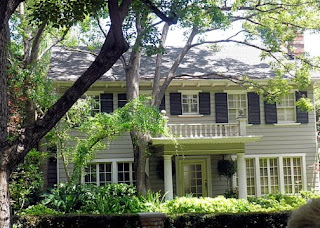 We also passed by a house once owned by Bela Lugosi, now owned (but not occupied) by Johnny Depp.

JoanMarie: "Did you hear who owns...?

On either side of the gate are freaky looking gargoyles. Of course, a house once owned by Dracula should only be photographed in black-n-white. 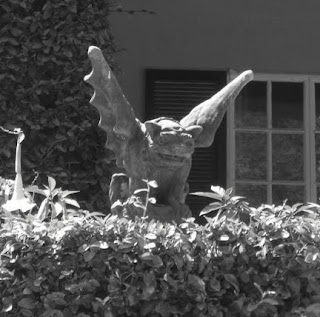 Finally, we took a stroll through Madame Tussaud's Wax Museum. Immediately, I was recognized by Joan Rivers. Apparently, she's a huge fan of my book, so I gave her an interview. It was hard to tell what she thought of my answers because her expression never changed...which proved to me that she was the real Joan Rivers. 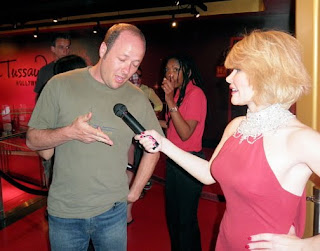 Even though Forrest Gump made millions from his Apple stock, he's very stingy with his chocolates. He wouldn't even share the coconut ones! 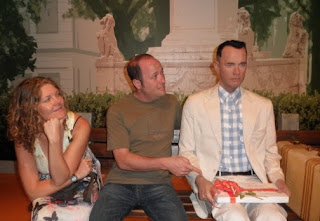 There were several interactive elements to this wax museum, which made it a lot of fun. 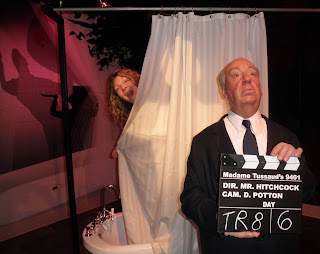 I was lucky enough to have seen Bob Hope perform live years ago, and I've always been a fan of both his and George Burns. Moments after taking this shot, Mr. Hope threw down a perfect one-liner and I spit my water everywhere. 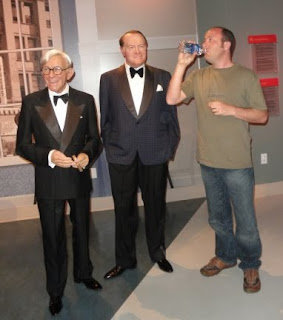 When I repeated the same joke to Jim Carey, he thought I was frickin' hilarious. So I told him, yes, I made it up on the spot. 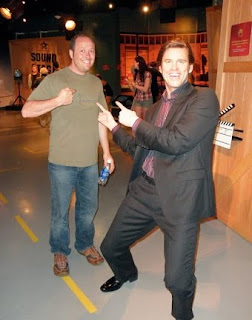 Even though she's pregnant, it was neck and neck between JoanMarie and Lance Armstrong until the very end. 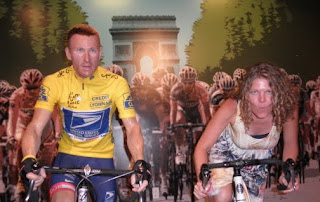 The camera didn't catch my skating awesomeness, but Tony Hawk isn't bad, either. 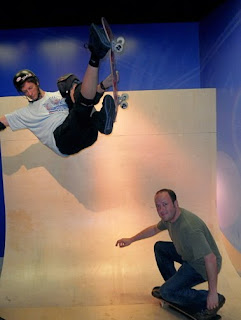 One of JoanMarie's favorite actresses is Whoopi Goldberg. (And no, I have no idea what she's praying for right here.) 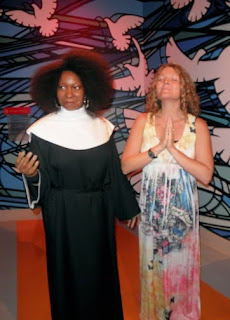 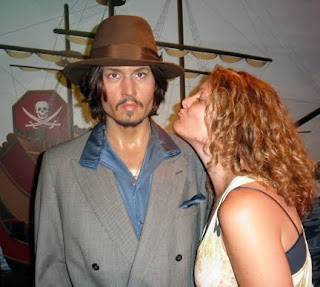 It was a long and exhausting weekend, but definitely fun. In fact, if I'd gotten a little more rest earlier in the day, I easily could've won this match. 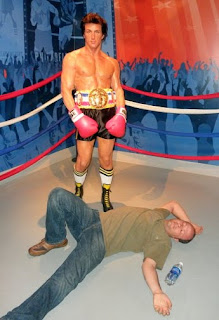 I totaly love Mme Tussauds. I've been in Hong Kong and New York. I've kickboxed with Bruce Lee, danced with Michael Jackson, and given lessons to Einstein!

This is the 3rd time in 3 days that Bela Lugosi has crossed my path. Now I'm scared...

Haha, it sounds like so much fun! Weren't you a hit at Tassauds! :P

Looks like fun, the pictures of you guys with the waxies are hilarious! I'd want to put my hand in the same place as Johhny Depp too!

“Can We Talk?!” Joan Rivers is a real piece of work and her birthday tomorrow June 8th proves it! Her new doc Joan Rivers- A Piece of Work comes out this Friday for and extra birthday treat. Thanks Joan!

That looked like a lot of fun! Haven't been down to H-wood in ages. But A Chorus Line is coming to Santa Barbara too! Not that you have to see it here now - but Spamalot and Beauty and the Beast are coming to the Granada too. It's a little closer than LA. :-)
Angela

Claire, that is freaky weird!

Angela, we recently noticed how many cool shows Santa Barbara gets, so we may be coming down to check those out.

And who let in the free advertisement???