Give it Up for South Dakota

Thirteen Reasons Why won South Dakota's Young Adult Reading Program (YARP) Award, which was voted on by teens, and you know how much those awards mean to me! 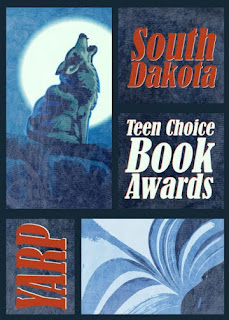 So where are we now? South Dakota gets 3 electoral college votes in presidential elections. That's not a huge number, but sometimes these things come down to the wire. Thirteen Reasons Why previously won teen book awards in Florida, Kansas, Kentucky, Missouri, New Jersey, Oklahoma, and South Carolina (27, 6, 8, 11, 15, 7, and 8 votes). In 2012, I'll be 37 years old, which is two years older than I need to be to run for President. Since a good chunk of the teens who voted for 13RW will be casting presidential votes in two-and-a-half years, I might have a shot at 85 electoral votes...with only 185 more needed to win.

Yay--congrats! Should I start calling you Mr. President now--or wait for the rest of the electoral votes? ;)

Got to get into local politics - that way you start up the ladder to Mr President.

Is there a position for Mayor in your town coming up for election - you may already have the following locally.

Why not start - you can always say your a NYTBSL person for over a year.

Have fun in Houston