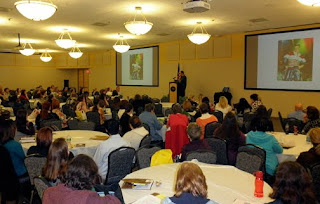 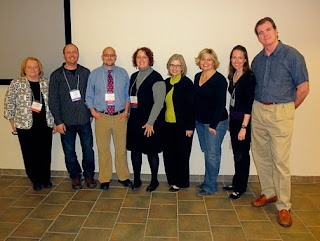 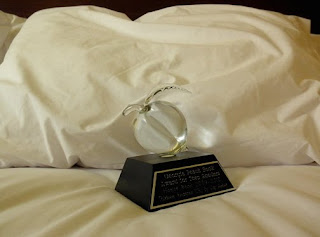 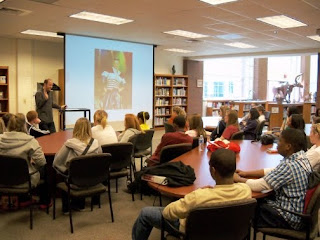 I think it's hilarious that, even though my presentation contains over 30 slides, I'm almost always photographed standing in front of Vanilla Ice! Seriously, go back up to the photo of my presentation at the university.
Posted by Jay Asher at 9:53 PM

I'm happy to hear people are looking at using your book in the classroom. I've always thought it should be.

Nice to hear that you started reading "Wake". Someone mentioned that book in the comment section of your blog, if I recall correctly, so I went out to buy it. A great book, I love it! Be sure to check out the other parts of the trilogy, "Fade" and "Gone". I'm stuck in the middle of "Fade", no time to read at the moment *sigh*

Oh, and congratulations on yet another well earned award!

I'd like to try out WAKE; have heard quite a bit about it.

It was awesome meeting you at the conference. I can't wait to see your next book and I anxiously look forward to using your book in my classroom in the future.