Whip out the Silly Putty

Go grab today’s edition of The New York Times! Go! Now!!! Do it before they issue a recall after realizing how much ink they gave Thirteen Reasons Why.

All weekend long, I had the mega-jitters. I knew a reporter from The NYT was putting together a story on 13RW. I knew she was interviewing booksellers, teens, and the bigwigs at Penguin. But what were they saying? What were they all saying? Wait! Now she wants to talk to me?

The fun part was the photo-shoot. I asked the photographer, Marissa Roth, if we could take the photos at Eisenhower Park in Arcadia. That’s the park from my childhood which inspired the park in 13RW, cryptically referred to in the book as...well...Eisenhower Park.

Here’s what the afternoon looked like from my perspective: 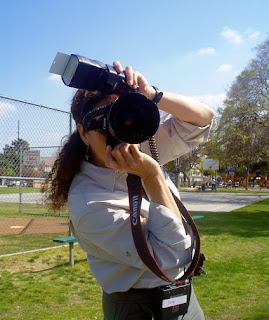 Then it was time for the phone-interview. I did it while sitting in my car, getting embarrassed whenever a car alarm went off or when a couple began arguing right outside my passenger door. What were they arguing about? Cheese! I have no idea why they were upset over cheese, but I specifically heard him shout “Mozzarella!” and her fire back with “Cheddar!”

The interview lasted an hour and I tried to enjoy every minute because how often do you get interviewed by The NYT? The thing I’m most pleased with is that the reporter, Motoko Rich, went and sought an opinion from the only group I had in mind while writing the book...teenagers. While it’s great to speak with adults in the biz, you can’t write a good article about Thirteen Reasons Why if you don’t interview teens.

Plus, as you’ll see, teens give the best quotes!


P.S. You can also read the article here. But you should really buy the paper because there’s a whole lotta newsworthy stuff in there!

P.P.S. In the gap between the photos and the interview, I attended a book launch party to celebrate my buddy Lisa Yee’s first novel for teens, Absolutely Maybe. I’ve got two words for you: Lisa. Rocks! Oh, and two more words: Lisa. Funny!

P.P.P.S. Today I opened two very nice Thank You letters from a couple of schools who recently used 13RW for their book club discussions. Because of their inspiring words, I plan to start blogging more about the benefits of reading/discussing books which deal with sensitive issues...and why it makes me more than a little mad and sad when people try to limit access to those books. So stay tuned!
Posted by Jay Asher at 12:01 AM

I do not know if you know it, but this month will publish your book in Spain. I have not read - it could have done in English, but I preferred to wait. I hope that the book is as good as the journals say.

A greeting from the Canary Islands.

Great interview, Jay! And thanks to Jeff of J&S for letting me know it was up! :-)

That's great, Jay! I especially liked the teen's quote at the end, about, like, preordering your next book now.

Great article - Congratulations!! You so deserve it after the journey you shared in your SCBWI presentation. Holy cow you deserve it.

Wow ... congratulations! I'm off to read the article. Too funny about the whole cheese argument!

I loved the NYT article and can't wait to read your book, which I will hunt down right quick. Of course, in this wired world, I read the article, then went searching for more info about you and found your blog. Thanks so much for your generous encouragement to apply for a SCBWI grant, which I did today, inspired by you. I am a member of the 2k9 group, and my novel, Initiation, will be out on May 1. I deeply appreciate your generous spirit and your clear sense that there's room for lots of writers out there -- very much a part of the 2k mission. You reflect wonderfully some of the 10 Commandments for Writers recently posted on Nathan Bransford's blog. All the best and thanks!

I contacted you this summer discussing how amazing I thought your book was. I have recently come across some funding and I am wondering if you could let me know two things. 1. Would you be interested in coming to Kalamazoo Public Schools in South West Michigan? 2. How much funding would I need?
My email address is demottkm@kalamazoo.k12.mi.us
Can't wait to hear from you!
Karla

haha, sorry jay, i get your blog posts through tabbloid so i was reading them one day late and didn't see this one until i came to your blog to comment on it :) disregard comment on previous post and CONGRATS!

Thank you all so much!

Today has been amazingly weird. Because of this article, I got invites to appear on radio shows in various parts of the country. I got e-mails from people I haven't talked to in years.

(Tomorrow I plan to sit down and finally read the rest of the paper...)

Dude, you are my hero!

btw...I pushed your book on my mom. Now even die-hard Nicholas Sparks fans are embracing 13RW.

Jay, I've already read three blogs this morning all pointing out the article about YOU! Everyone is so happy for you.

Now go have some cheese to celebrate. Personally, I'd go for some cheeseCAKE, but that's just me. :)

great article and pic :) congrads. isnt it fun being the talk of the city that never sleeps!

So excellent, Jay! There are not enough awesome words to describe the great article and how fabulous your success and story are. Huge congrats and keep going!
Angela

That was an amazing article. Fantastic news and as always handled with such humility by you! And I agree - nice photo.

Fantastic article. You're gonna have to get a bigger mailbox to contain all those FAT royalty checks!!