Before having our son, JoanMarie and I went to Disneyland every year, usually around the holidays. We even went while she was pregnant, but were waiting for the right time to bring Isaiah for his first time. It was a very important decision. So this past weekend, since I was already going down to southern California, we thought...why not!

Of course, the first thing our garbage truck obsessed son had to do, even before getting our tickets, was marvel at the number of garbage cans. Here he is, after grabbing one of the cans, dumping it into his hopper. 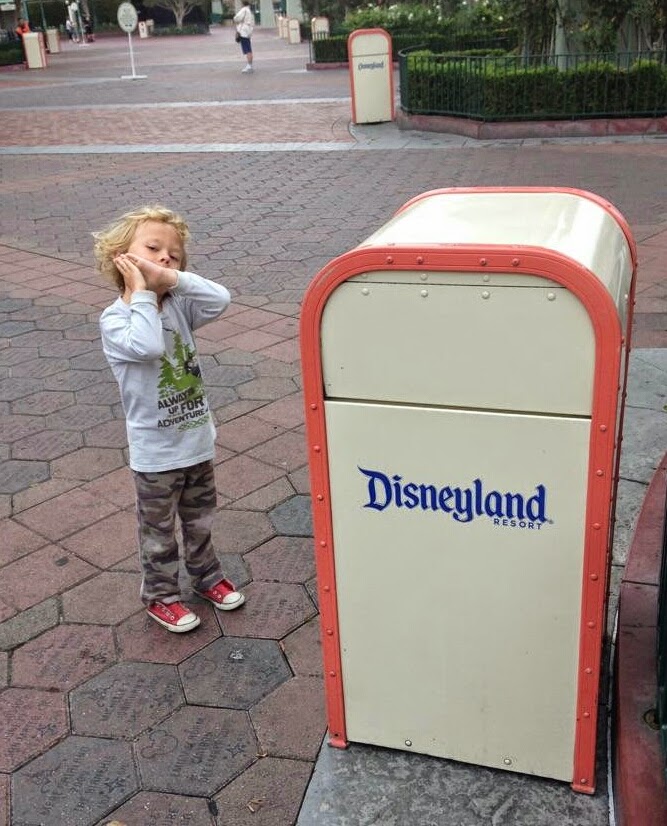 We bought a park-hopper pass and started the day in California Adventure. The Ferris Wheel offers a great overview of the park. 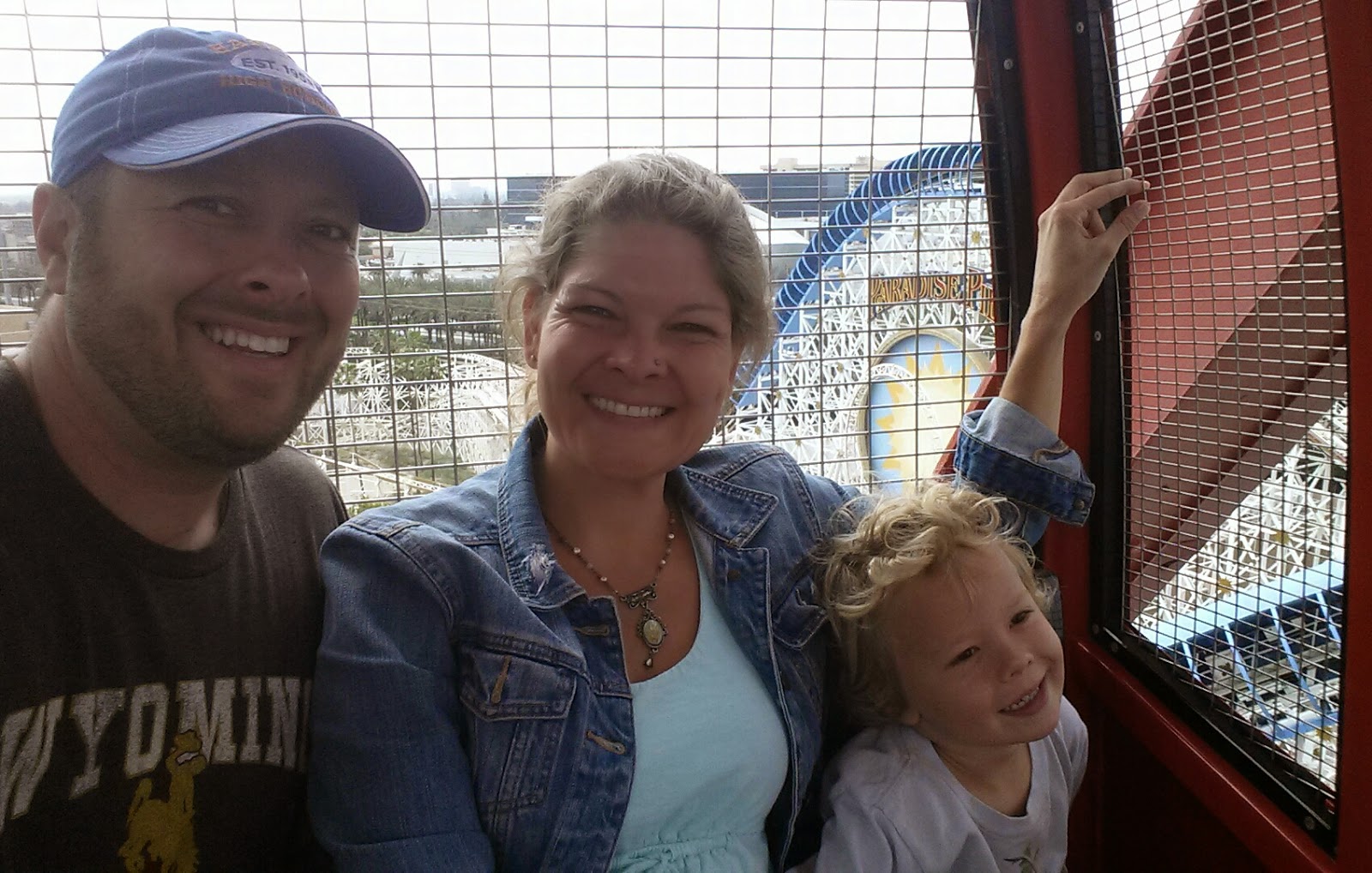 Isaiah was most looking forward to meeting some of his heroes: the Disney princesses! The first, and most important, was Anna from Frozen. When we walked around the corner and saw her, he was starstruck. And JoanMarie and I got choked up. 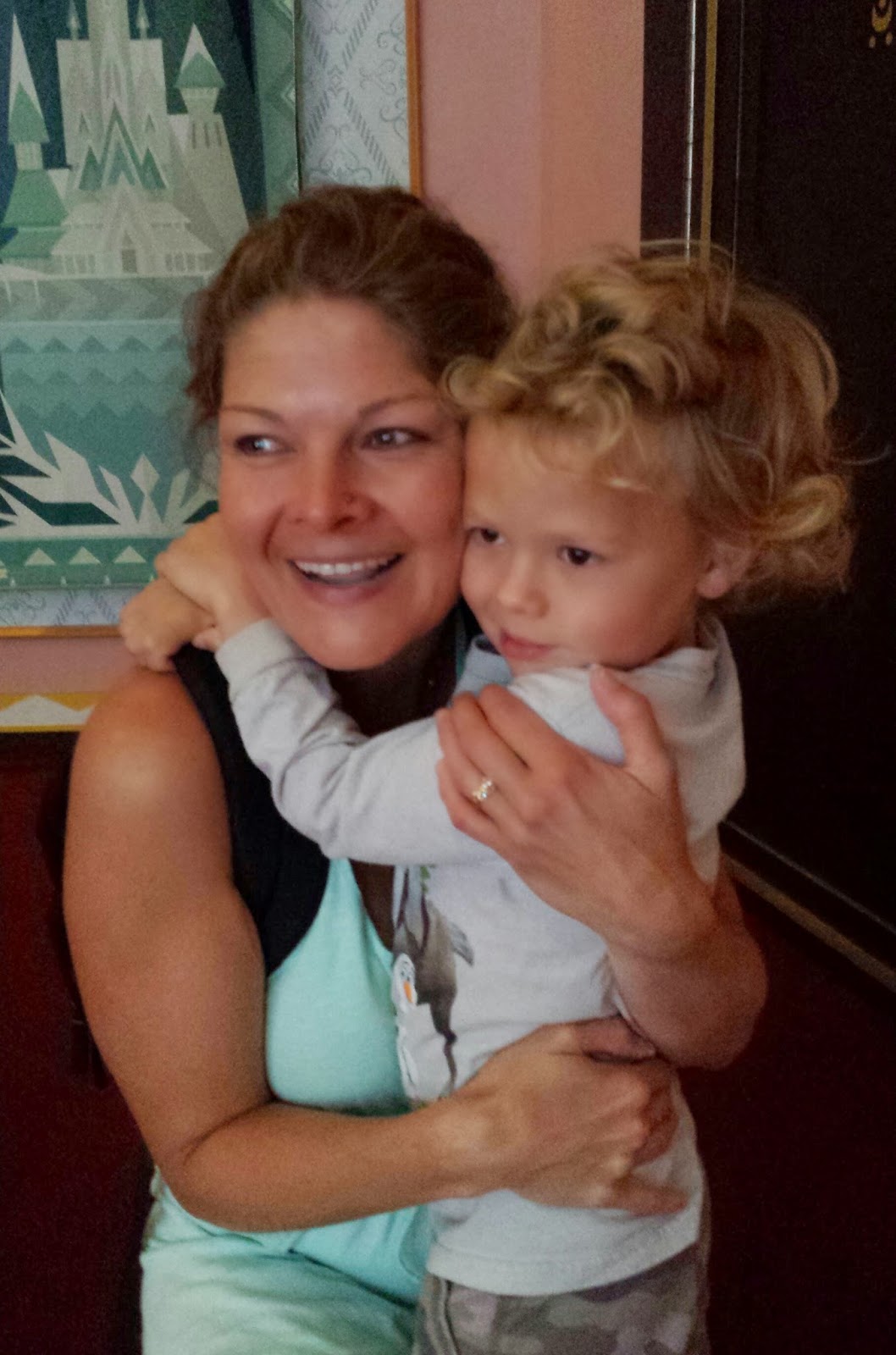 Slowly, she lured him closer. 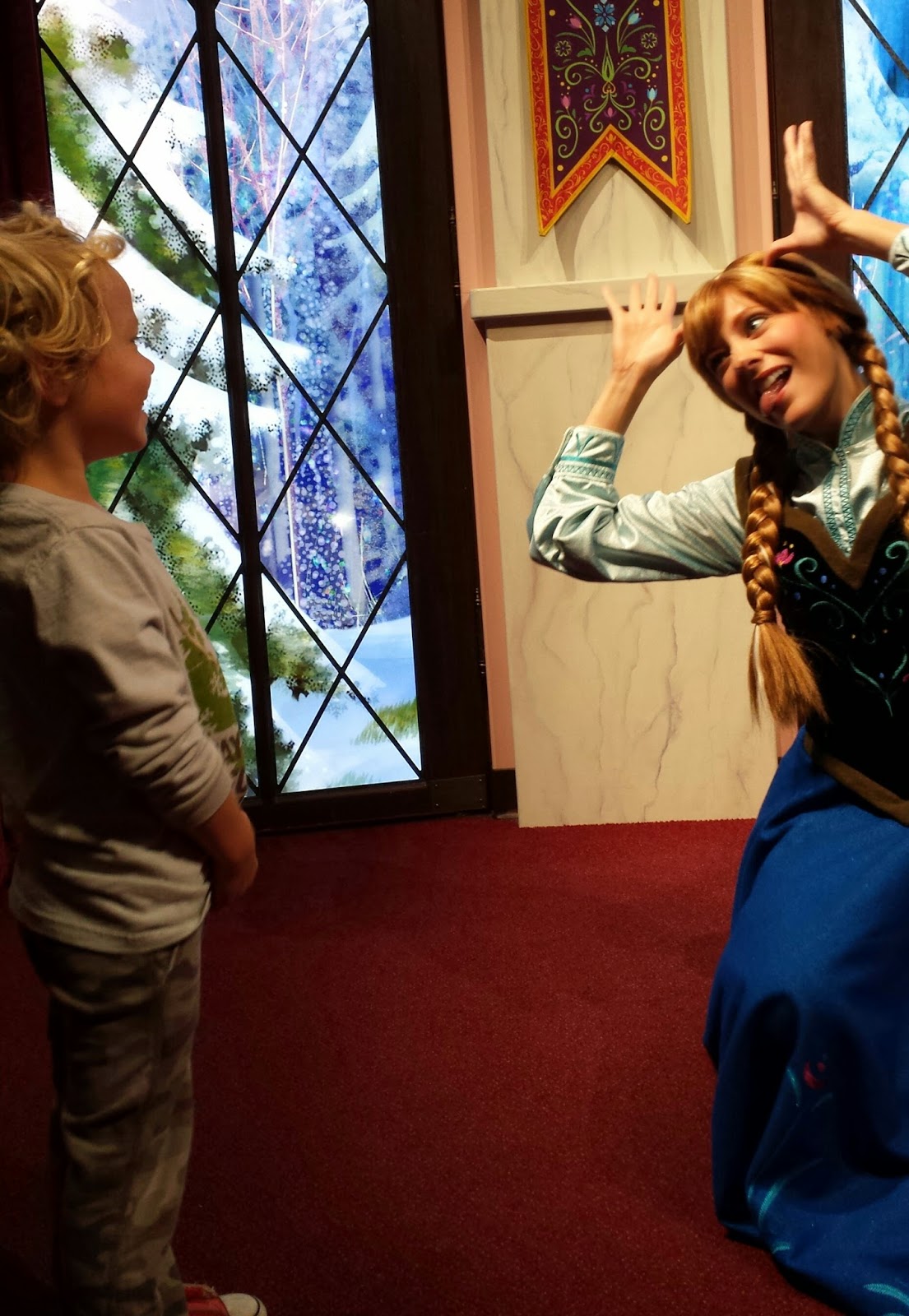 And then the embrace that almost never ended. 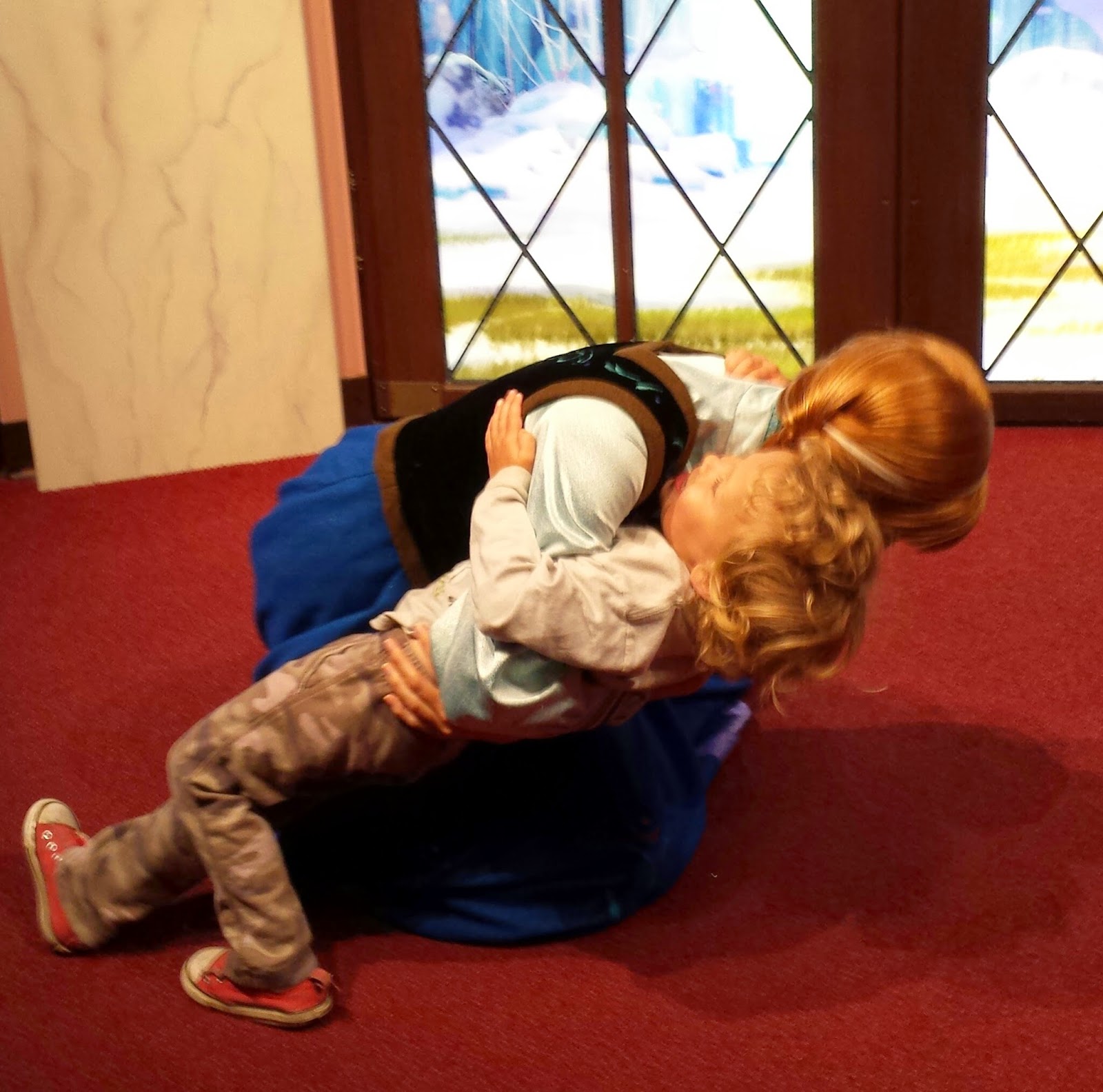 There was a very fun Frozen sing-along, and Isaiah helped conjure the frozen fractals all around. 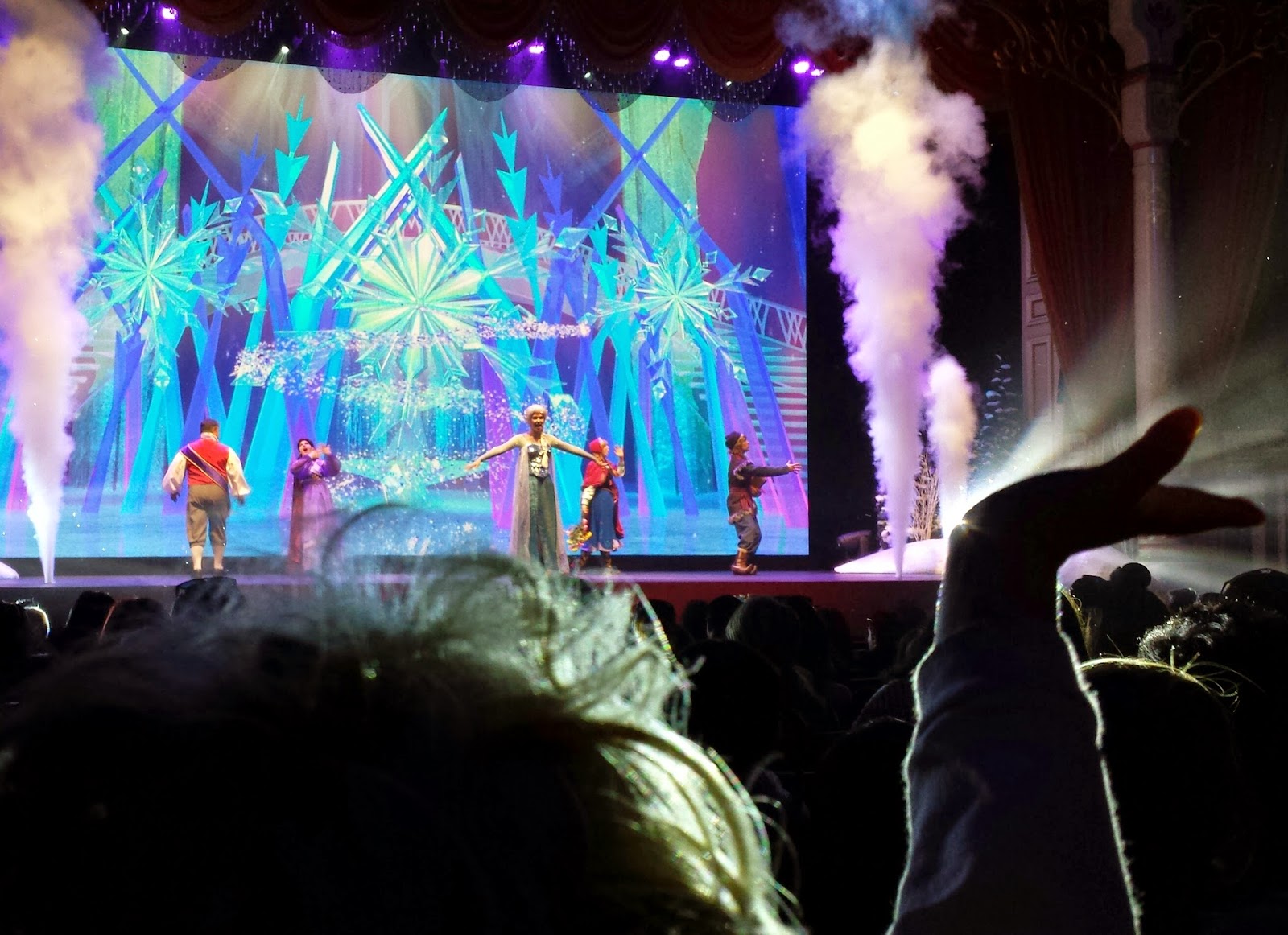 Over in Disneyland, there were more princesses to meet-n-greet-n-hug, like Cinderella. 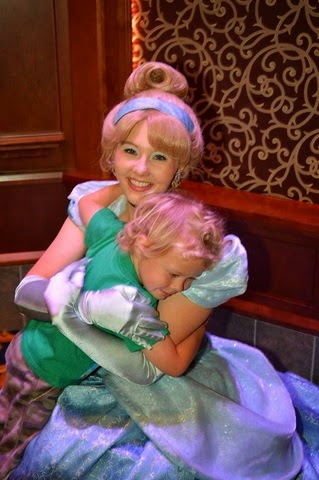 Rapunzel brought a silly grin to Isaiah's face, and it was like watching two old friends hang out. 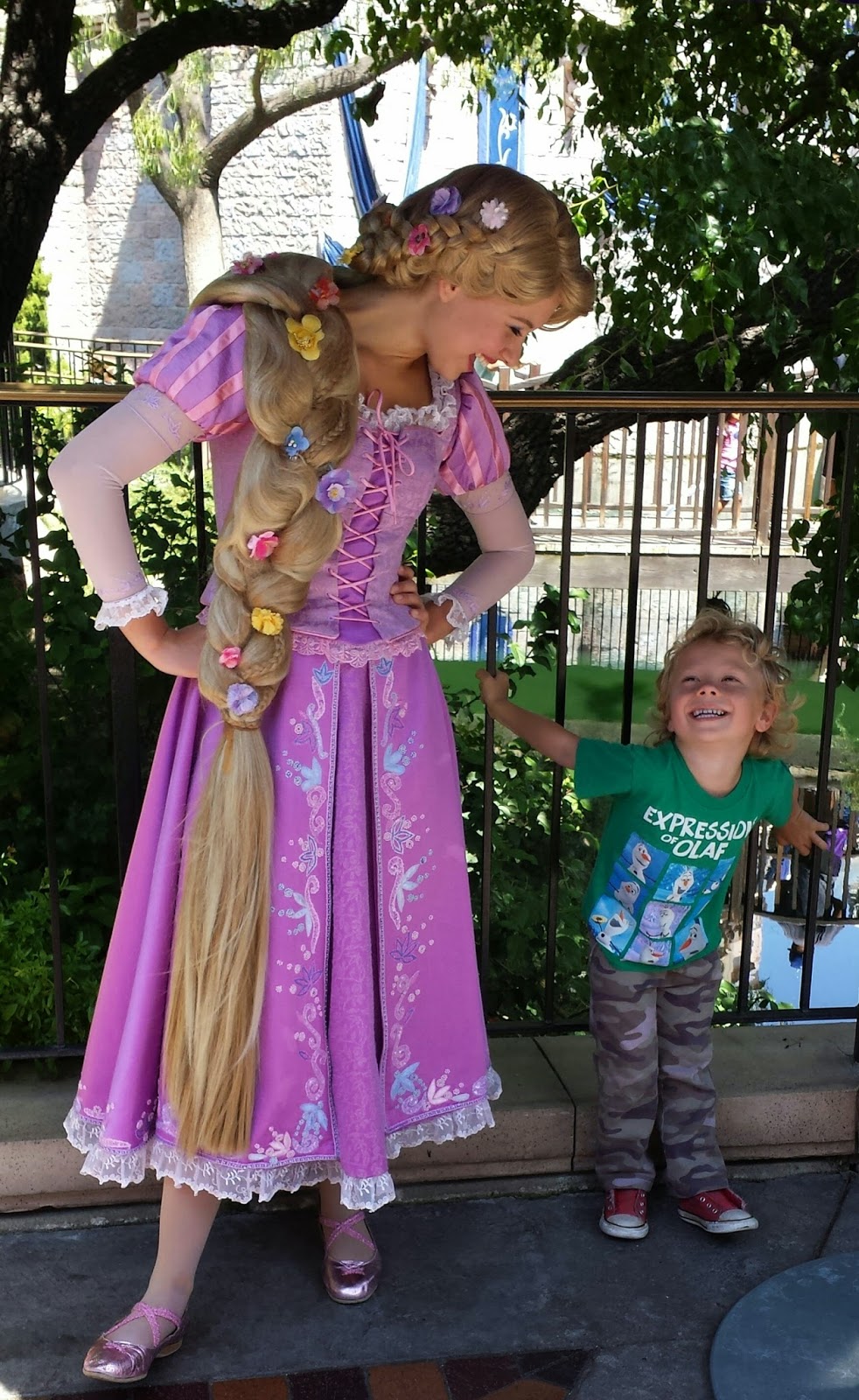 An unexpected bond formed with Merida, from Brave. Isaiah hasn't seen that movie, but he was completely head-over-heels in love. Everyone around us could read the look on his face, and she finally asked, "Do you have a crush on me?" and he looked her in the eyes, smiled, and said, "Yes."

So I took him on the rockets in Tomorrowland to bring him back closer to Earth. 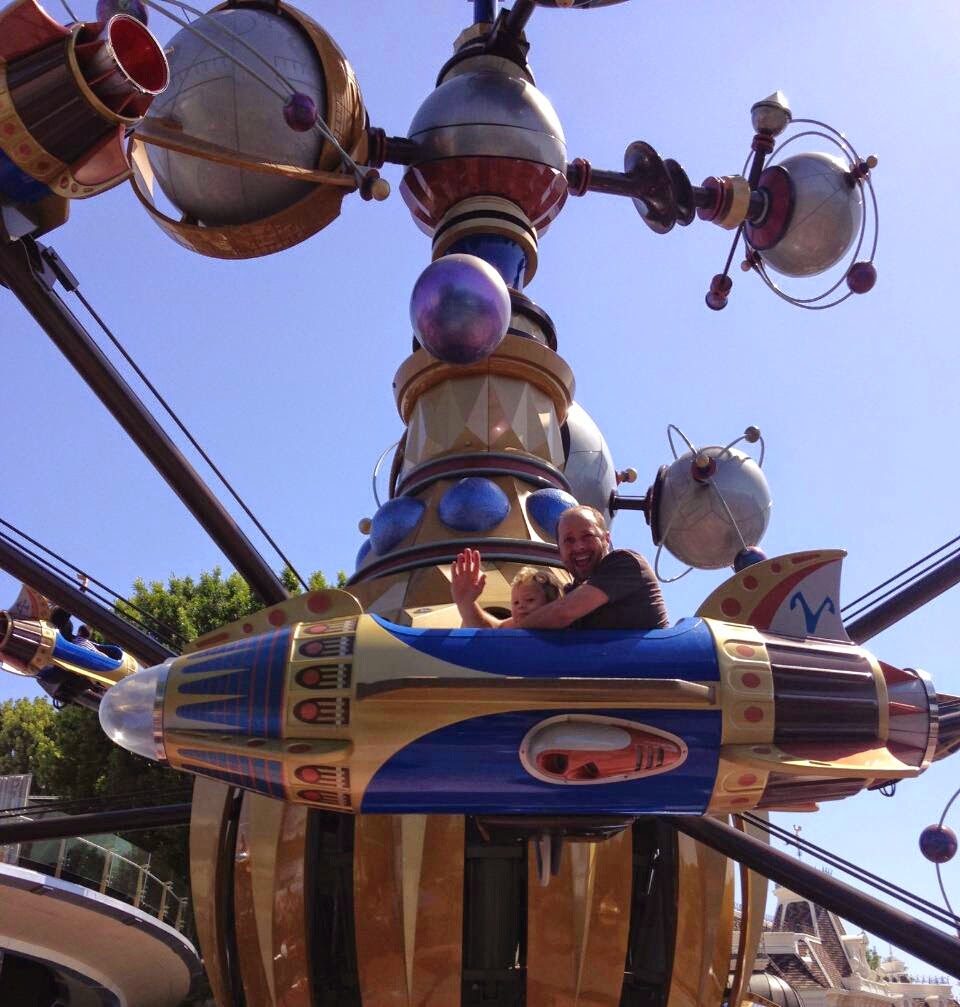 The ride he asked to go on twice was Ariel's Undersea Adventure, but he seemed most in awe on the Jungle Cruise. 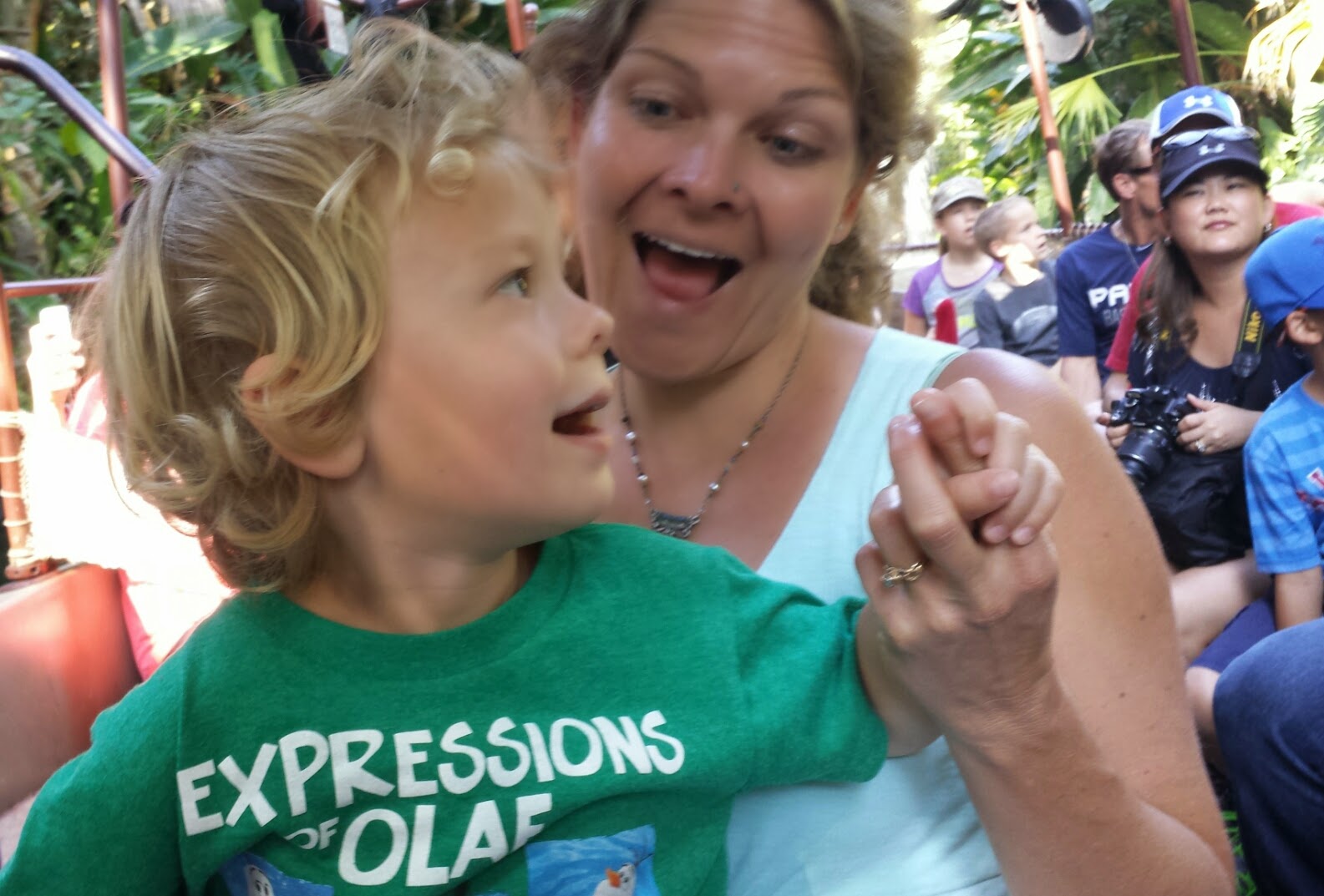 Finally, after spending over ten hours in the parks, it was time to head home. 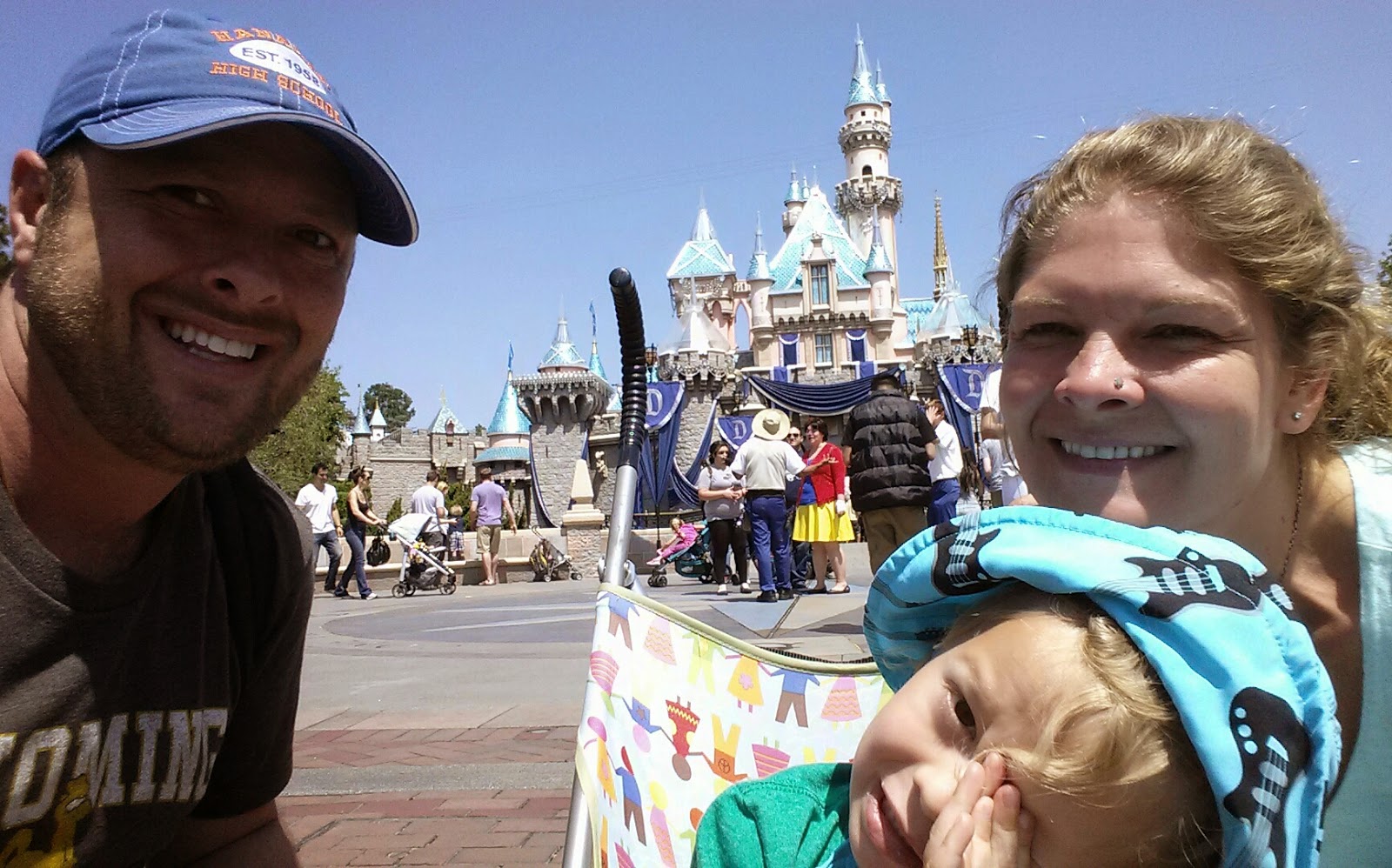 Disneyland is called the Happiest Place on Earth. This was definitely one of my happiest days on Earth. 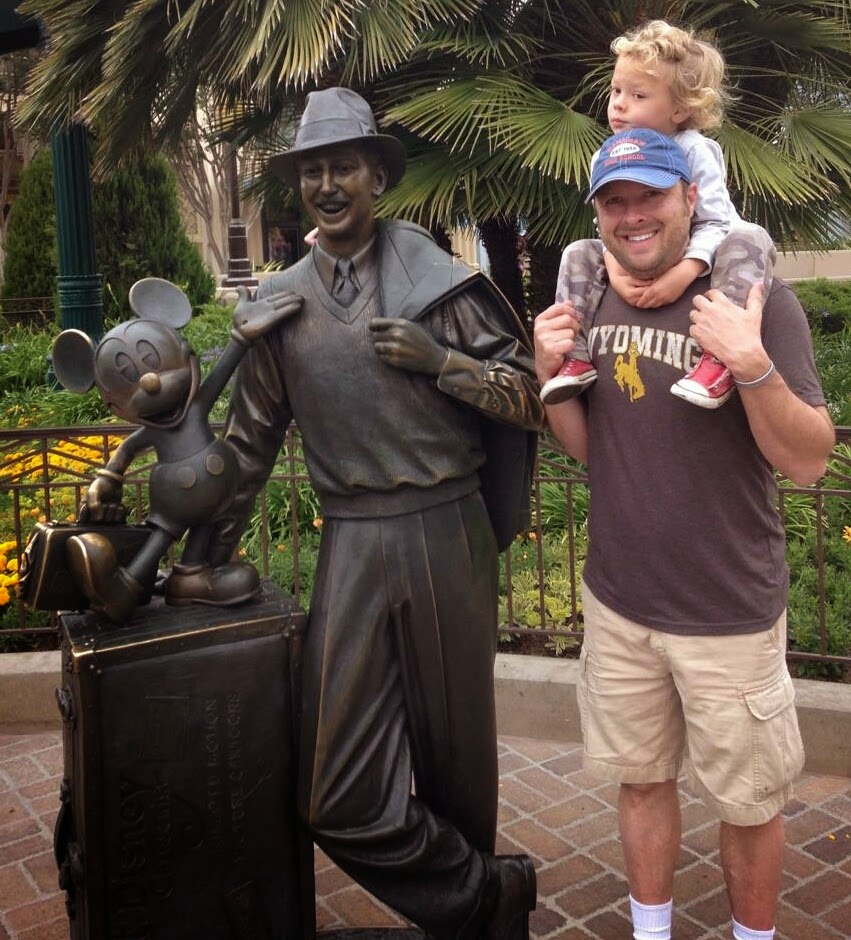 This post is lovely. So glad it lived up to expectations. My husband and I used to go ourselves to Disney World, and first took our daughter right after she turned 3. We just had a great visit last month, too!

So sweet! I love that he loves the princesses!
PS. Nice shirt! Way to represent! ;)