The forty-second stop on my 50 States Against Bullying campaign, Oregon, was an extra special one. I spoke at Grant High School, where my nephew, Ellory, is a student! Since we have family in the area, my wife and son flew to Oregon with me to turn it into a little workation.

The night before my presentation, JoanMarie and her sister, Gypsy, did some boring public exercise thingie in the park. Meanwhile, Isaiah and I went to an awesome movie at the awesome McMenamins Kennedy School. The Kennedy School used to be an actual school but is now a hotel with its own movie theater. Instead of individual seats, there are couches. And who needs movie posters when you have chalkboards and artists! 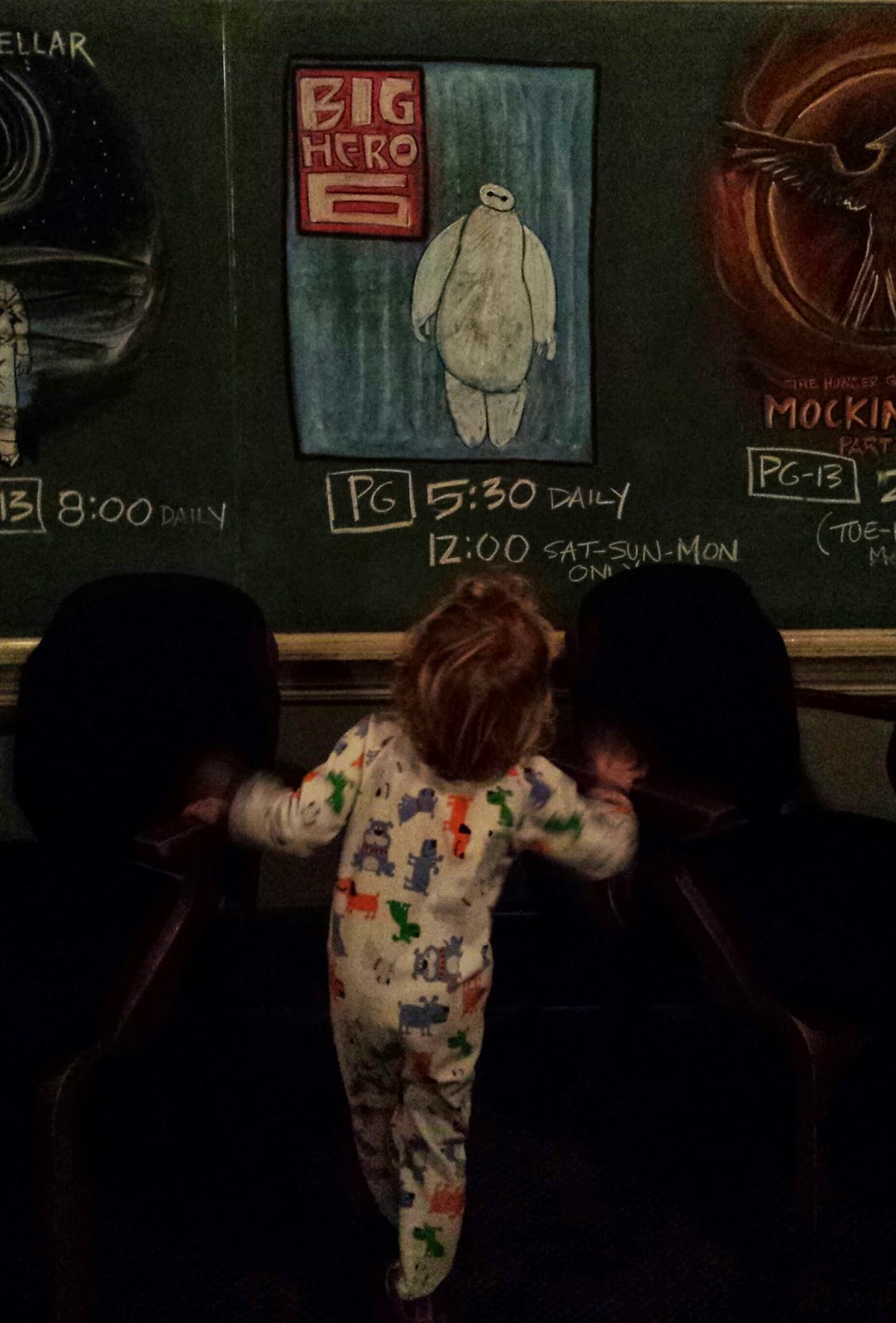 The next day, I attended school. 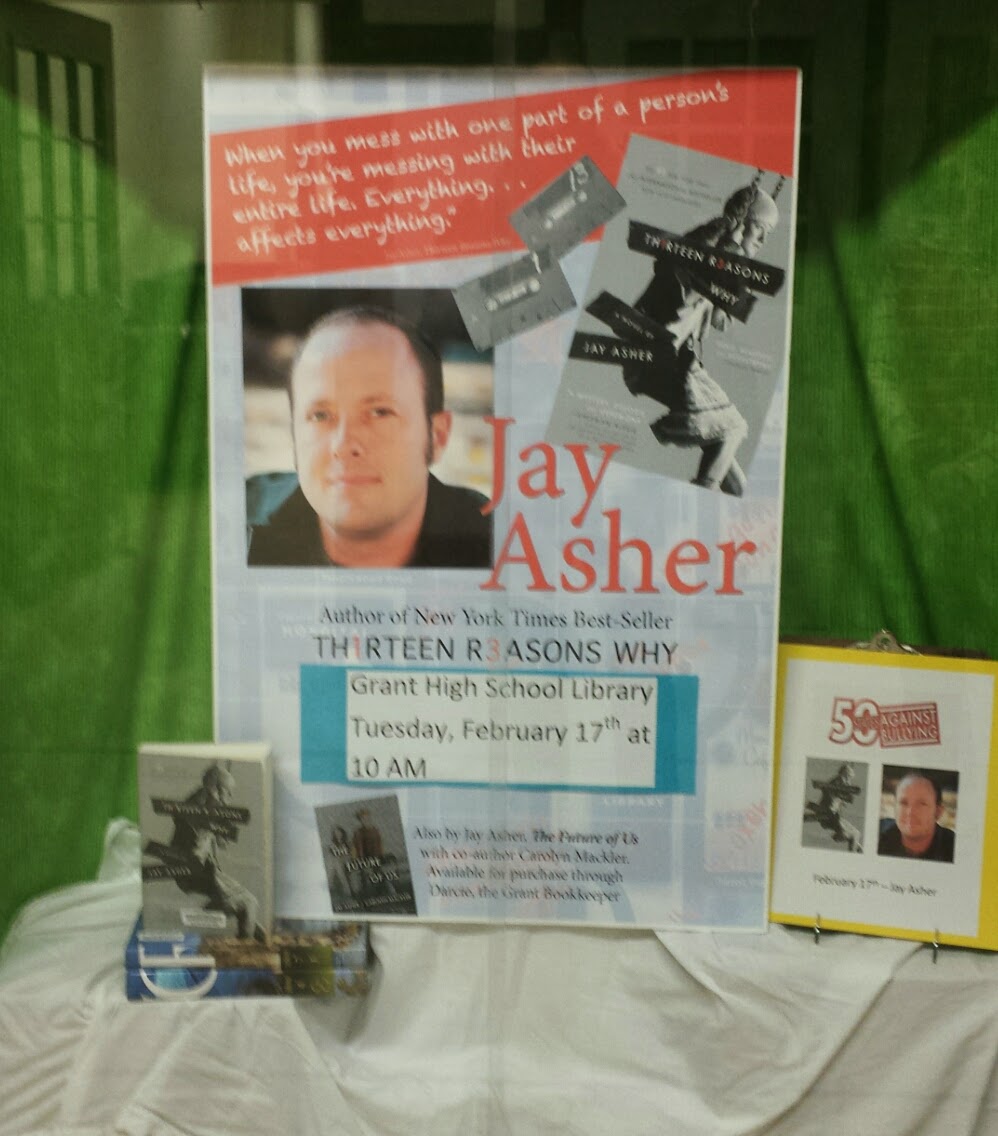 At the entrance to the library were projects inspired by Thirteen Reasons Why, including an essay, cassette tapes labeled with judgemental labels often given to teens, a swing in a box, and a poster.

Isaiah was excited to hear me give the presentation that's had me traveling around the country through so much of the past year. But while students were asking to get selfies with me, my family was taking selfies of themselves. 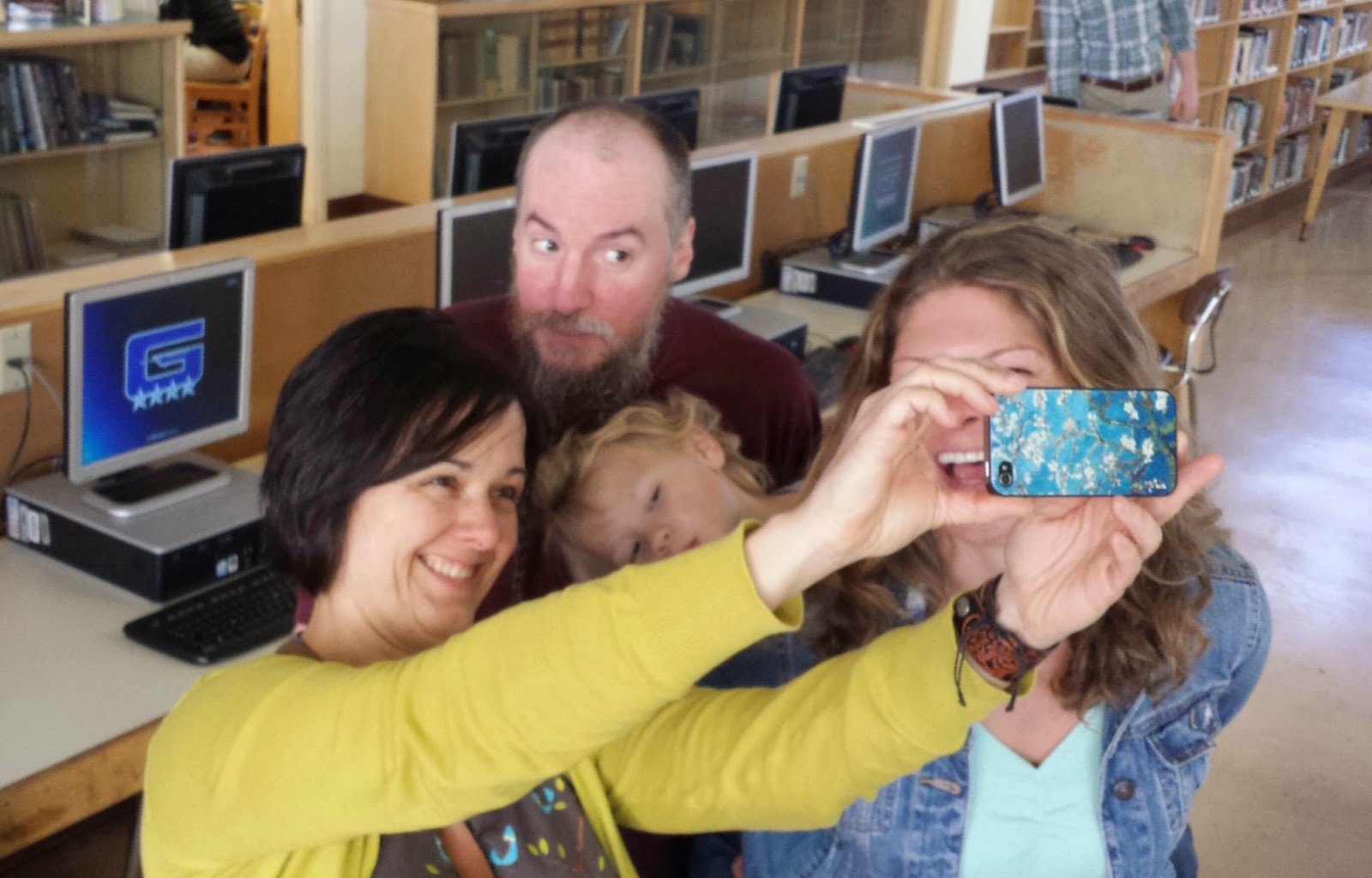 And here are the students! Many of them take classes that use Thirteen Reasons Why in the curriculum. One of the teachers has been using it since its release in 2007. 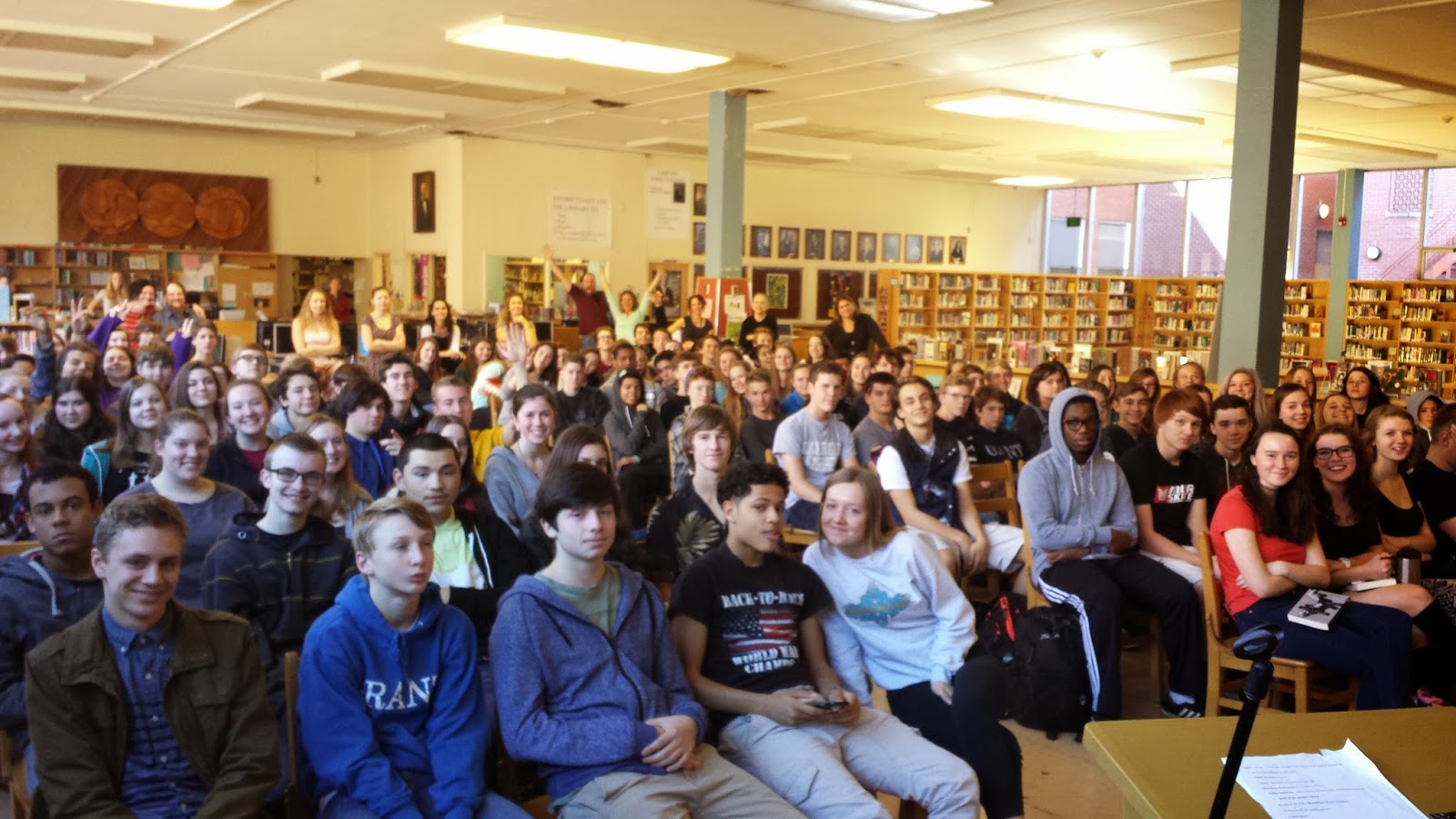 In the school bathroom, JoanMarie snapped a pic of a beautiful message someone left on the mirror. (I'm only posting it here with the assumption that this wasn't done with permanent marker, and if it was, that this particular photographer didn't do it!) 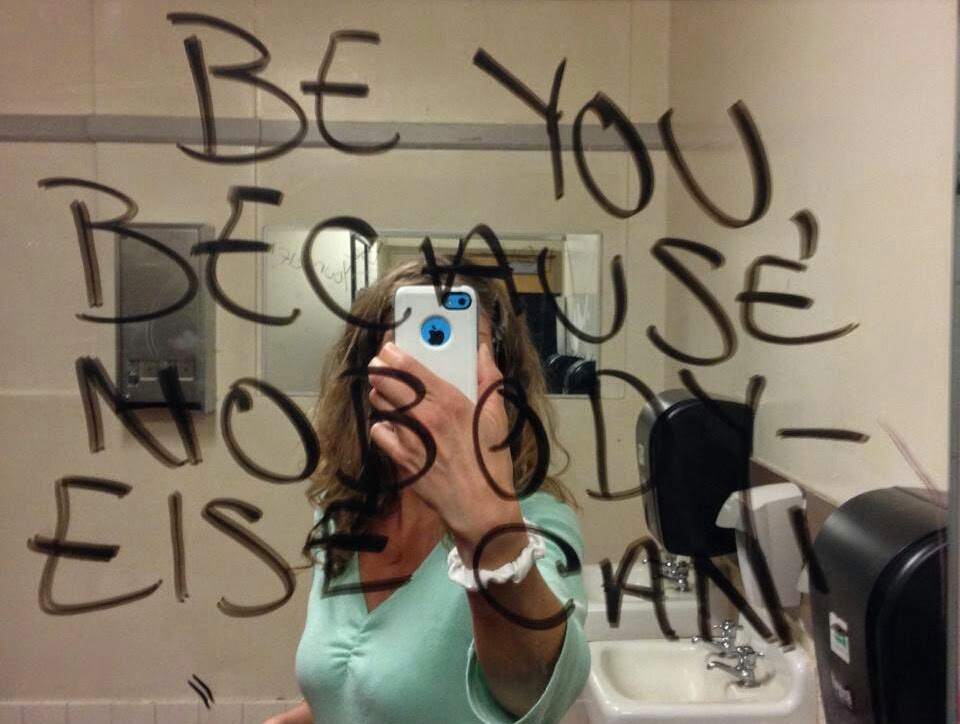 The next pic is fuzzy because I was a little nervous getting to meet the star and writer/director of a Thirteen Reasons Why one-act play recently performed at Grant. 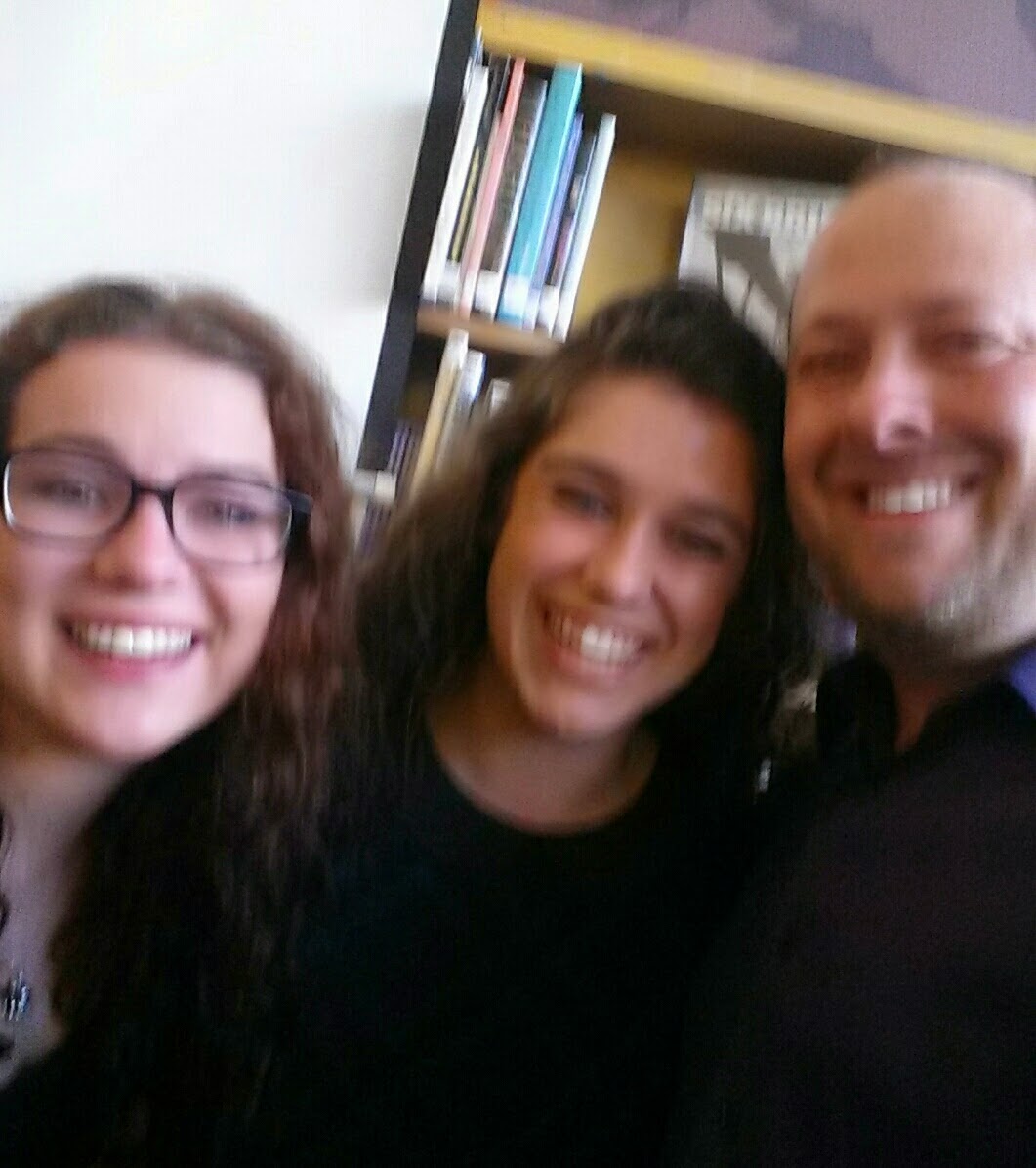 The school day was followed by a wonderful hike to the top of Mount Tabor, an "extinct or dormant volcano," according to Wikipedia. Personally, I think extinct and dormant are quite different, and I'd kind of like to know which it is! Either way, it's beautiful. But I do find it odd that the playground is situated in the same direction as the volcano. Makes me wonder if someone at Portland Parks & Rec doesn't like kids very much. 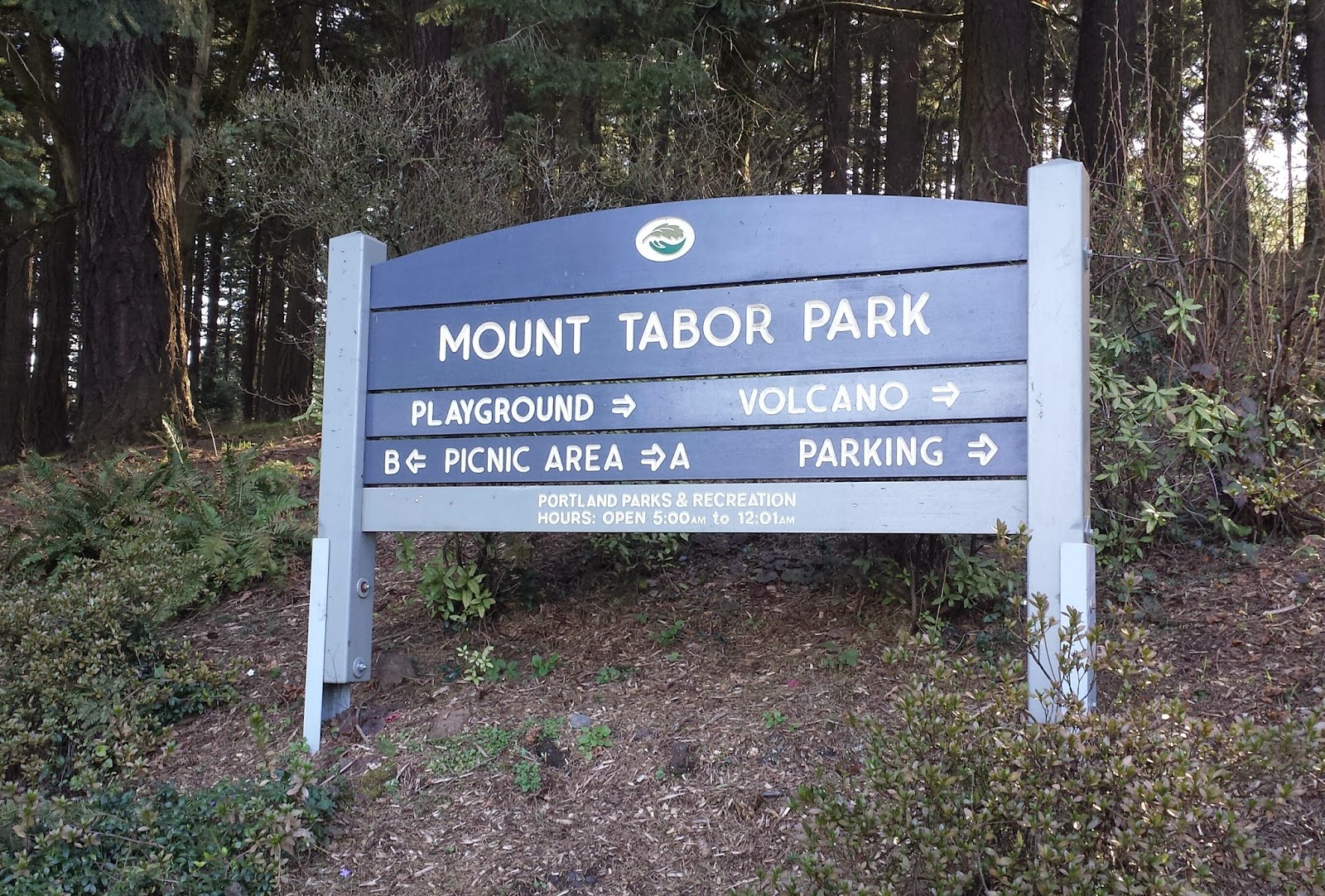 So now I'm off to the next state, and JoanMarie and Isaiah are back home in California. But we'll be back in Oregon very soon, I'm sure!