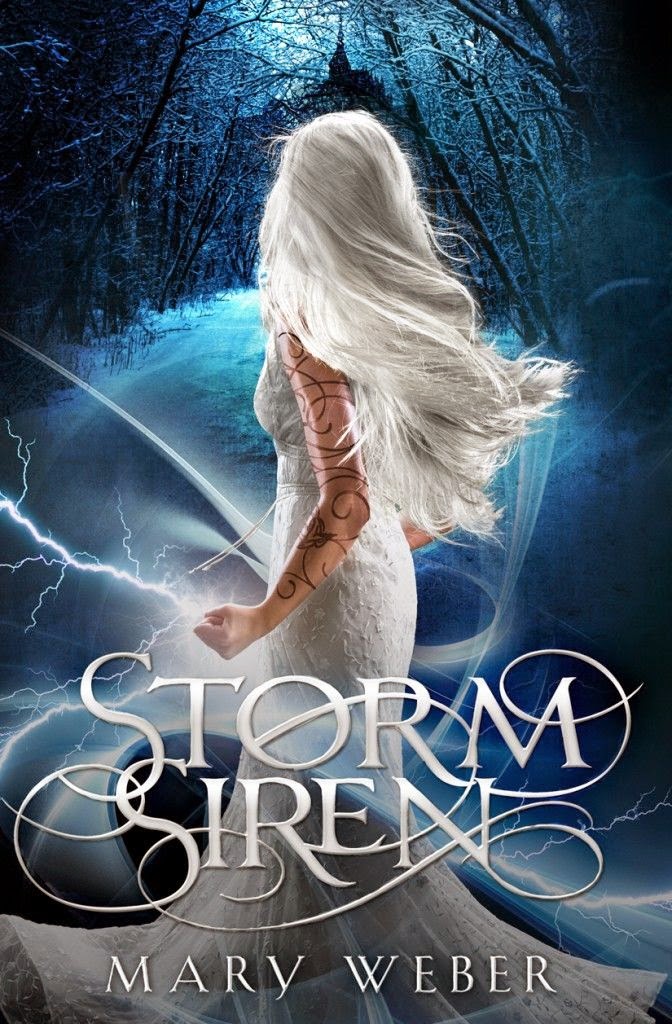 "I raise my chin as the buyers stare. Yes. Look. You don't want me. Because, eventually, accidentally, I will destroy you."

In a world at war, a slave girl's lethal curse could become one kingdom's weapon of salvation. If the curse - and the girl - can be controlled.

As a slave in the war-weary kingdom of Faelen, seventeen-year-old Nym isn't merely devoid of rights, her Elemental kind are only born male and always killed at birth - meaning, she shouldn't even exist.

Standing on the auction block beneath smoke-drenched mountains, Nym faces her fifteenth sell. But when her hood is removed and her storm-summoning killing curse revealed, Nym is snatched up by a court advisor and given a choice: be trained as the weapon Faelen needs to win the war, or be killed.

Choosing the former, Nym is unleashed into a world of politics, bizarre parties, and rumors of an evil more sinister than she's being prepared to fight . . . not to mention the handsome trainer whose dark secrets lie behind a mysterious ability to calm every lightning strike she summons.

But what if she doesn't want to be the weapon they've all been waiting for?
Set in a beautifully eclectic world of suspicion, super abilities, and monsters, Storm Siren is a story of power. And whoever controls that power will win.

JAY ASHER: I have to ask this because it’s been bugging me ever since I read your book. Your story and characters are great, and your writing is so beautiful without ever distracting from the story. Do you ever look at other authors and feel a little bit greedy?

MARY WEBER: *laughs* Aw, thanks for the compliment! And no, but there are about a HUNDRED authors I seriously ENVY. Including this one guy who wrote a series of books about an impetuous boy and his very dangerous tiger... 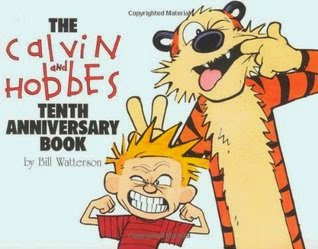 Maybe you’ve heard of him?

JAY: I love Watterson! I mean, he's no Schulz, but we'll get to that later.

So, how did you get into writing YA? Because I have a theory, if you’d like to hear it.

MARY: Does your theory have anything to do with zombie unicorns? Because if it does that’s amazing.

Also - true story: I was at my first writers’ conference four years ago sitting behind this row of authors, when one of them got jealous of me complimenting his friend’s beautiful hair and proceeded to demand I compliment his as well. Turns out this guy was apparently famous for a YA book called 15 Reasons Why or something. Anyhow, he and I became cool friends. Fast-forward a few years later and I was approached by a HarperCollins publisher with the prospect of writing a YA book. When I told my 15 Reasons Why friend, he grinned as if he’d suspected I’d eventually go this direction all along!

(But seriously – does your theory involve zombies?)

JAY: Zombies? No. But I do remember the awkwardness of you two ladies fawning over each other's hair while, simultaneously, about a dozen of mine were falling out. Anyway, I'm cool with it now!

When I met you, you were writing a paranormal adult novel. You invited me to speak at the monthly gathering of a local writing group, where every month they have a different speaker. I used to belong to that group and have since rejoined, and my talk was the least attended of any I’ve seen. My theory is that you don’t like speaking in front of large groups, so you saw the attendance for my talk and thought, “I need to write YA!”

JAY: It's one of the perks.

MARY: By the way, how did YOU get into writing YA? Inquiring minds here…

JAY: I was at a writing conference, too, but trying to write middle-grade. I noticed that a lot of YA authors were losing their hair, just like me, so it made sense to join them. No, that's not true. But I really was writing middle-grade, with no thought of writing YA. One day, the premise of Thirteen Reasons Why just came out of thin hair.

Anyway... Speaking of men and hair, you call your husband Wolverine. I know that’s because he does look like the superhero, which I think is so cute! But I’ve always wondered if at some point you actually just forgot his name (I can tell you if you need to know). 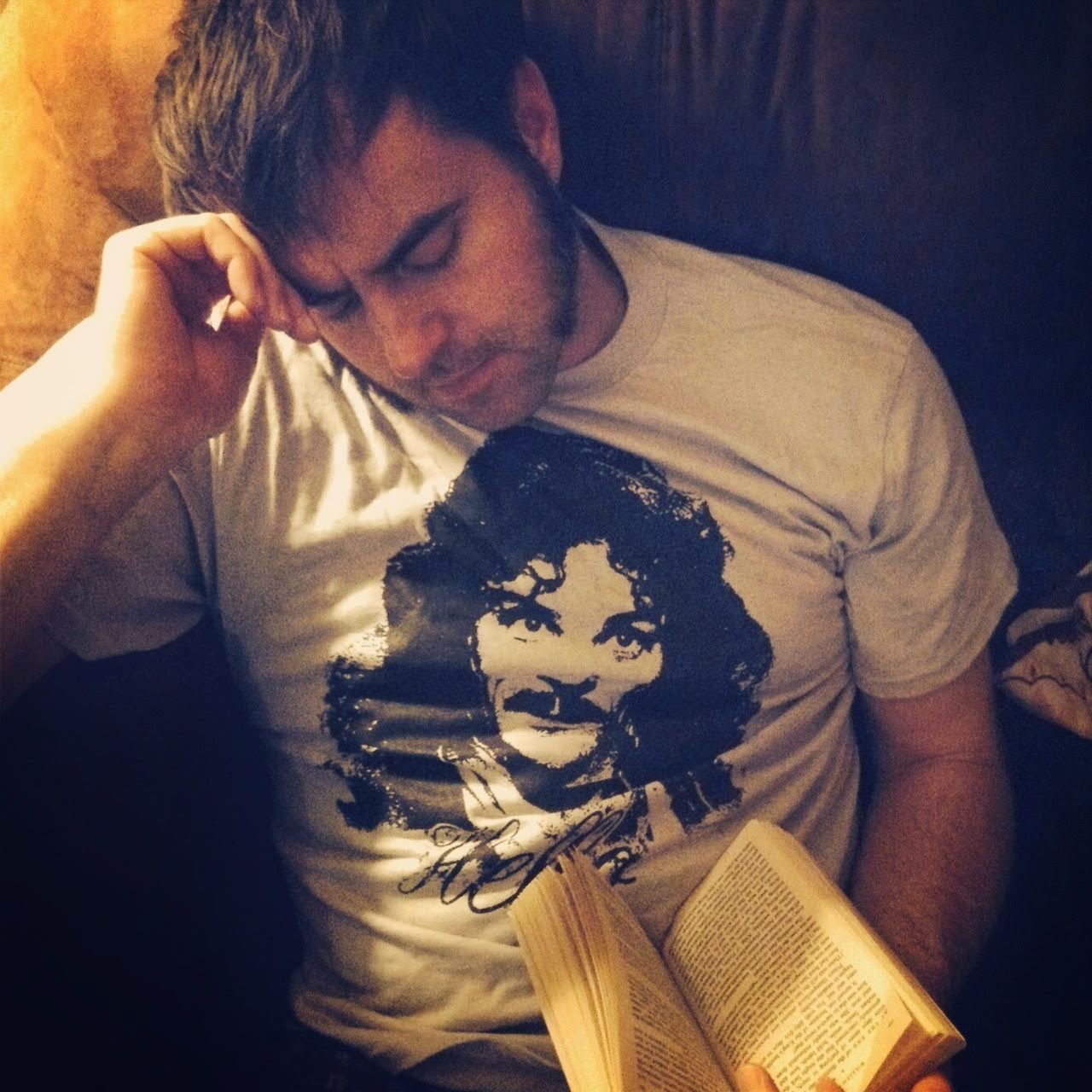 And I’ll let you in on a secret. Wolverine is actually a cover name for his REAL secret identity, WONDER JACK FLASH. Who, ahem, MAY have been known to dress up in spandex and a cape all throughout high school. You know – showing up at opportune times to set students free. Such as during Assembly. Or graduation. And yes, it was totally upon the discovery of this that I promptly married him.

Is there a certain element of storytelling that is the most fun for you?

MARY: Definitely creating the characters. And I’m not saying it’s because those characters are based on any specific people I know, but...if Adora’s dead squirrel rings as slightly familiar to anyone…

And now I’m curious – what’s YOUR favorite part of storytelling?

JAY: Brainstorming. Any element is fun to brainstorm. I could think about plot twists and foreshadowing for days and days. And then I realize...reality check!...now I have to write it.

Speaking of writing! Your initials, if you repeat them, remind me of the squiggle on Charlie Brown’s shirt: MWMWMWMW And as I hinted before, I love Charles Schulz and PEANUTS! So that makes me kind of jealous. What do my repeated initials remind you of? JAJAJAJA

MARY: Definitely the sound onions make when they’re frying in a pan. Why?

JAY: Your family-of-origin built a ghosttown. Literally, they took abandoned buildings from all over and relocated them into a brand new deserted town. That’s awesome! But it’s also weird, right? (But a totally awesome kind of weird.) And now for my actual question, which I’m sure has nothing to do with what I just said. Do you have any idea at all where your extreme creativity comes from?

MARY: *laughs* That place is creepy and cool, right?! We totally do weddings out there. We do funerals too…which is kinda weird when I think about it. Anyhooooo. My creativity comes from my family. As do any disturbing traits.

JAY: George Lucas claims Star Wars, which is science-fiction, was heavily influenced by a different genre: westerns. Your book is fantasy, but I could also feel an influence of the best parts of westerns. Is that accurate?

MARY: Wait, how did you guess? Okay, so I’ve never told anyone this, but here’s the thing - Storm Siren’s original cover totally had a shirtless Fabio on it carrying a pair of six-shooters. Sadly, due to copyright issues we had to change it. However, if you look real close you can see that my main girl Nym on the front is actually still Fabio – just turned around.

JAY: (Dang it! I totally scrolled back up to check.)

MARY: But since you mentioned it…has anyone ever commented on the similarities between The Future of Us and the movie Sharknado? Just wondering…

JAY: No, no one's ever said that before. Usually, they say it's similar to Breakin' 2: Electric Boogaloo (which is a huge compliment). Another thing that tipped me off to a possible western influence is that STORM SIREN MARY WEBER is an anagram of MAYBE MIRROR WESTERNS.

MARY: It’s also an anagram of WINTERBERRY SMORES, MA. Which sounds like a western girl asking her mom for an awesome dessert, so win-win!!

JAY: Since this is your debut book, what has been the most exciting part of this journey so far (other than this interview)?

MARY: Well…after 87 rejections for that paranormal adult novel, I think the most exciting part has been each of the moments when I realized the “yeses” for this YA book were ACTUALLY HAPPENING. Along with that, my favorite bits have simply been celebrating this journey with my husband and kids and an amazing community of friends and other writers whom I could not have done this without. Thank you for being a part of that community, Jay!

JAY: And thank you for agreeing to this interview, Mary. If you want, I have connections with a local writing group that meets every month. It’d be great if you came to speak!

MARY: Okay, but do they serve free coffee?

JAY: Now that you're published, it's one of the perks.

MARY: And I’m serious, Jay - thank you. Especially for inspiring the world through your fabulous books and great humor, and for yours and JoanMarie’s kindness and amazing encouragement through the years. You guys are INCREDIBLE!!!!

WHY are there no comments left. I'm still giggling over Winterberry Smores, Ma.

So proud of you Mary! I have the Kindle but am going out this weekend so I can hold the hardcover!

Really fun interview! Such a gorgeous cover, and a great premise. I'm sold - buying it!

This whole conversation had me GIGGLING IN A PUBLIC PLACE!!! Y'all are hilarious!

Congratulations again, Mary, for getting published!!!

Just to clarify ... The extreme creativity comes from her mother. Her dad contributed the crazy. Five siblings provided the survival skills.