Shortly after arriving in Georgia, I went to dinner with two English teachers and four students from the school where I'd be speaking the next day. I ate one of the best steaks I've ever had, which means no A-1 Steak Sauce required, and I also autographed my first straw wrapper. (I know, you'd think that after being published for 6.5 years, I'd have signed a dozen by now! But no, this was the first.) 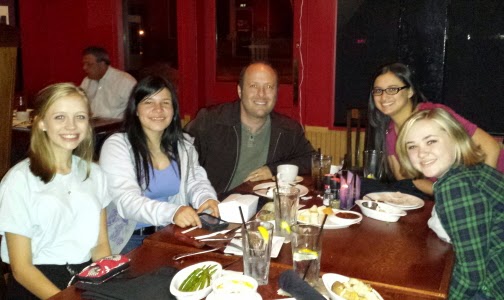 And a very short while after dinner, I had a sheriff's officer run my license while he kept one hand on his gun. (Again, another first for me!)

During dinner, we'd got to talking about ghosts. (Definitely not a first for me.) I mentioned that I like to go on ghost tours during my travels, and someone mentioned Canton's own haunted site, a place known as Hell's Church. That's not the real name of the church, which is still in use, but a dismembered body was apparently found there in the 80s. Soon after, of course, people began claiming the place was haunted. Ghost hunters even come out to explore! So I had to see it for myself, and since Dennis Jolley (the teacher responsible for bringing me to town) had never been to Hell's Church, he offered to take me.

We got lost because we couldn't find an address, just odd directions online that told us to take turns at forks in the road that we never saw (they must've been converted to sporks). But eventually we found it. And it did look creepy with no streetlights around, and surrounded by a dark forest, and...

...then we noticed a car shining three bright lights at us. Two were headlights, the other was a spotlight. The car doors were open and the sheriff's officers instructed Dennis to get out of the car. They wanted to know what we were doing there. Sadly, the church has had its unfair share of vandalism. But once they realized we weren't out there to do anything with vandalism, drugs, or whatever else two dudes drive way out there to do, they filled us in on some really eerie stuff that's happened there.

But back to the real reason I was in town.

If you like reading, Cherokee High School is the school for you! As part of a senior project, students design tiles for books, which are then set into the hallway ceilings. 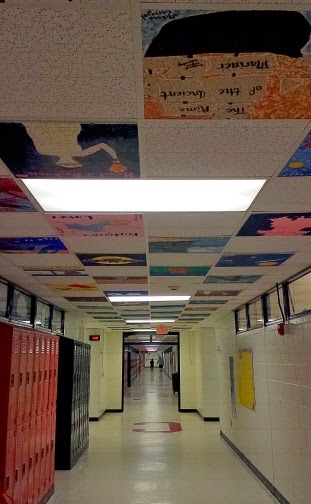 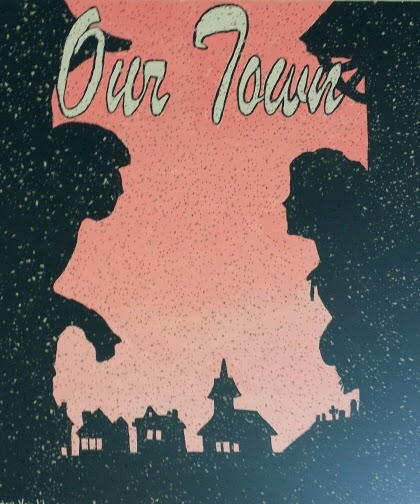 I had the opportunity to speak to every student at the school over three assemblies. 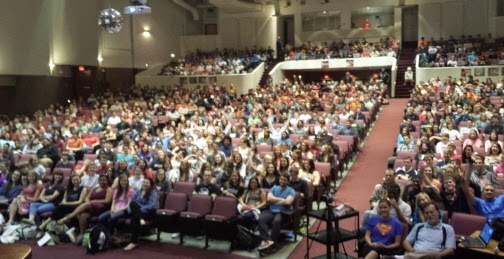 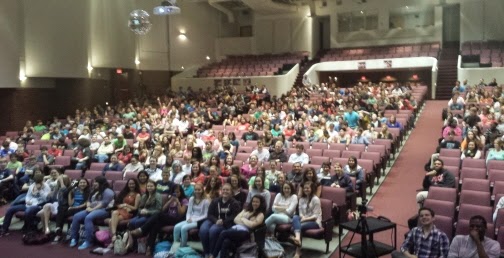 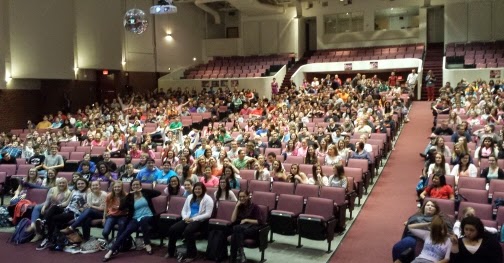 Notice the disco ball beside the projector on the ceiling? Sadly, that wasn't used for my introduction. (They didn't even use a fog machine!)

Between the second and third assemblies, I had lunch in the library with about 120 students. For nearly two hours, I ate half of my food because I was doing Q&A the entire time. I've never had that much time to answer so many great questions, and it was wonderful!

Also wonderful? The display they made for my visit. It was so cool! 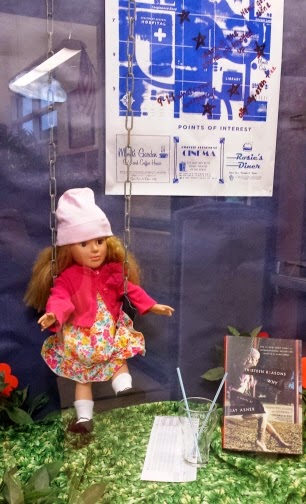 And yes, I know what you're thinking.

But no, I have no idea why there isn't a book or a movie called Hell's Church.

Glad you had such a great time in my fair state, Jay! :) e