An Abundance of Jordans

While brainstorming ideas for stories, I often take things from my own life, mix them with things that happened to friends, then blow things way out of proportion. A lot of YA writers first look to the news for ideas and end up with something ripped straight from the headlines.

Another common source of inspiration is classic literature, which is then reimagined for today's teen audience. For example, even though it isn't a novel, the soon-to-be-released Easy A is basically a YA version of The Scarlet Letter. (And I kick myself daily that I didn't think of it first!)

But most YA writers who use other literary sources for inspiration forget to turn around and look in the opposite direction. Instead of looking toward adult books for inspiration, why not dig through the stacks of the children's library and reimagine one of those books with a cast of teenagers pulling us through the story?

While I don't think John Green got the idea for his Printz-honor winning novel from a picture book, he could have. And so can you! 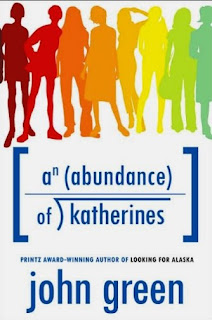 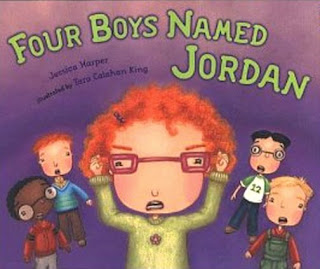 From the jacketflap:
How many names do you think there are in the universe?
Thousands? Millions?
Probably even billions.
So why does there have to be
four boys named Jordan in Elizabeth's class?
Just to make her crazy, I think.
Posted by Jay Asher at 10:58 AM

He's a cool guy, too. So you are perfectly allowed to love him.

I have Will Grayson, Will Grayson sitting right next to me right now. I've just started it and LOVE. That's a funny connection and a good idea to look at books for younger kids for inspiration. Reminds me of your Pat the Bunny reference at the Redmond, WA conference. Funny...

I love Looking For Alaska too!!

I have never read John Green. :(

My latest WIP is about a girl who loves fairy tales. To get into the character's head I've started on a quest to watch all the Disney movies. Surrounding myself by all those centuries old stories has me thinking about updating some of them...

i just finished your novel, Thirteen reasons why. i've been touched by suicide in a few ways in my life, and i want you to know that, and i don't really know how to say it, but it definately changed alot, it gave me a whole new perspective. so thanks for that, it means a lot. can't wait for you to have a new book out.