The twelfth stop on my 50 States Against Bullying campaign brought me to Maryland. I was starving after the train ride, so I found a place online advertising the world's largest slice of pizza, to which I said, "Ha! We'll see about that." I punched the address into my GPS, which led me into a park late at night. With no lights. And lots of trees. And dirt instead of paved paths. And it was sprinkling so the dirt was mud. And did I tell you it was dark?

So I got muddy.

But I also got pizza! 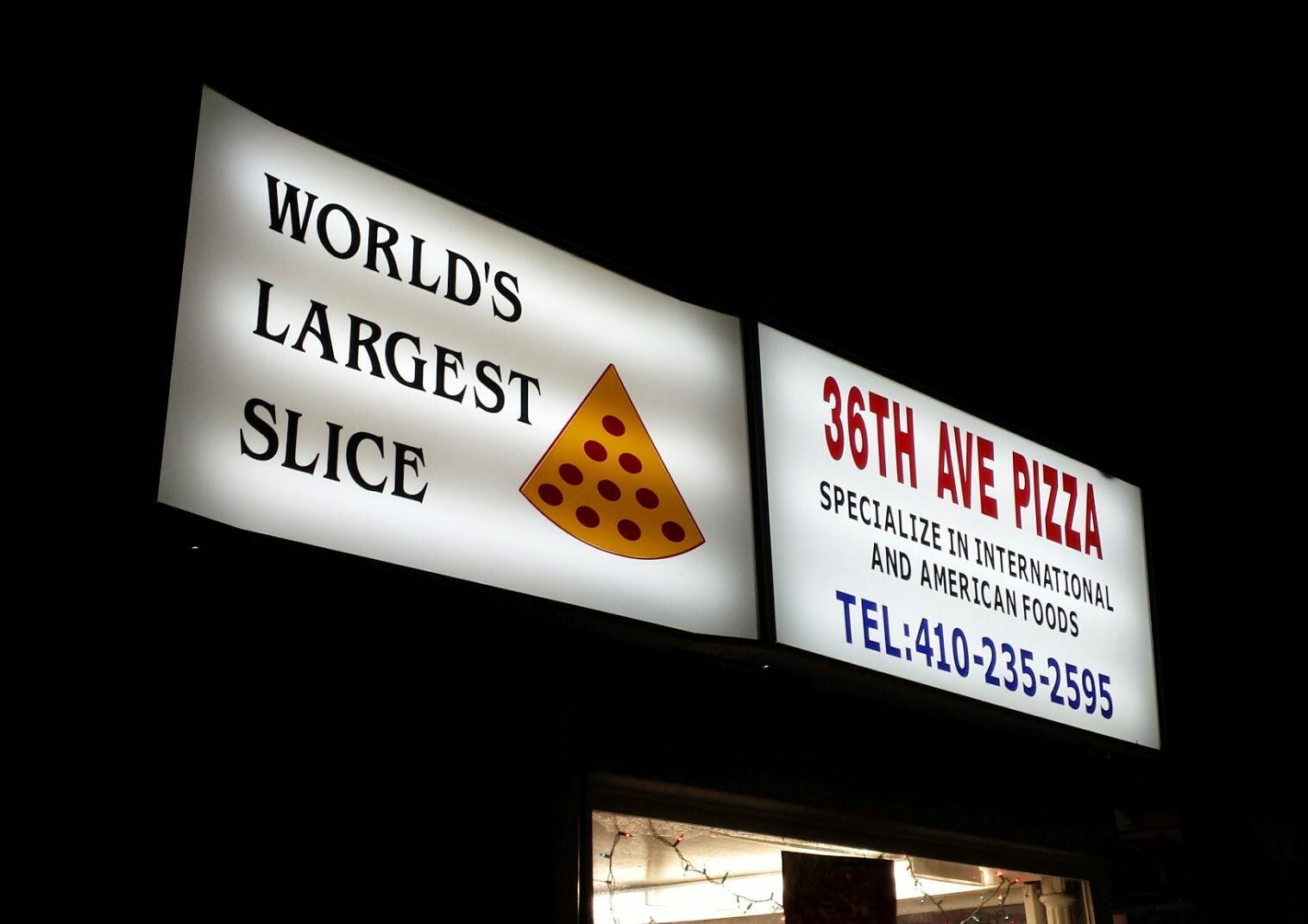 And yes, it was a humongous slice of pizza. But I was hungry, so once they handed it over I devoured it. So I'm sorry for the lack of a pic, but my greasy fingers probably would've destroyed my phone anyway.

The next day, I spoke at Gilman, my first all boys school. 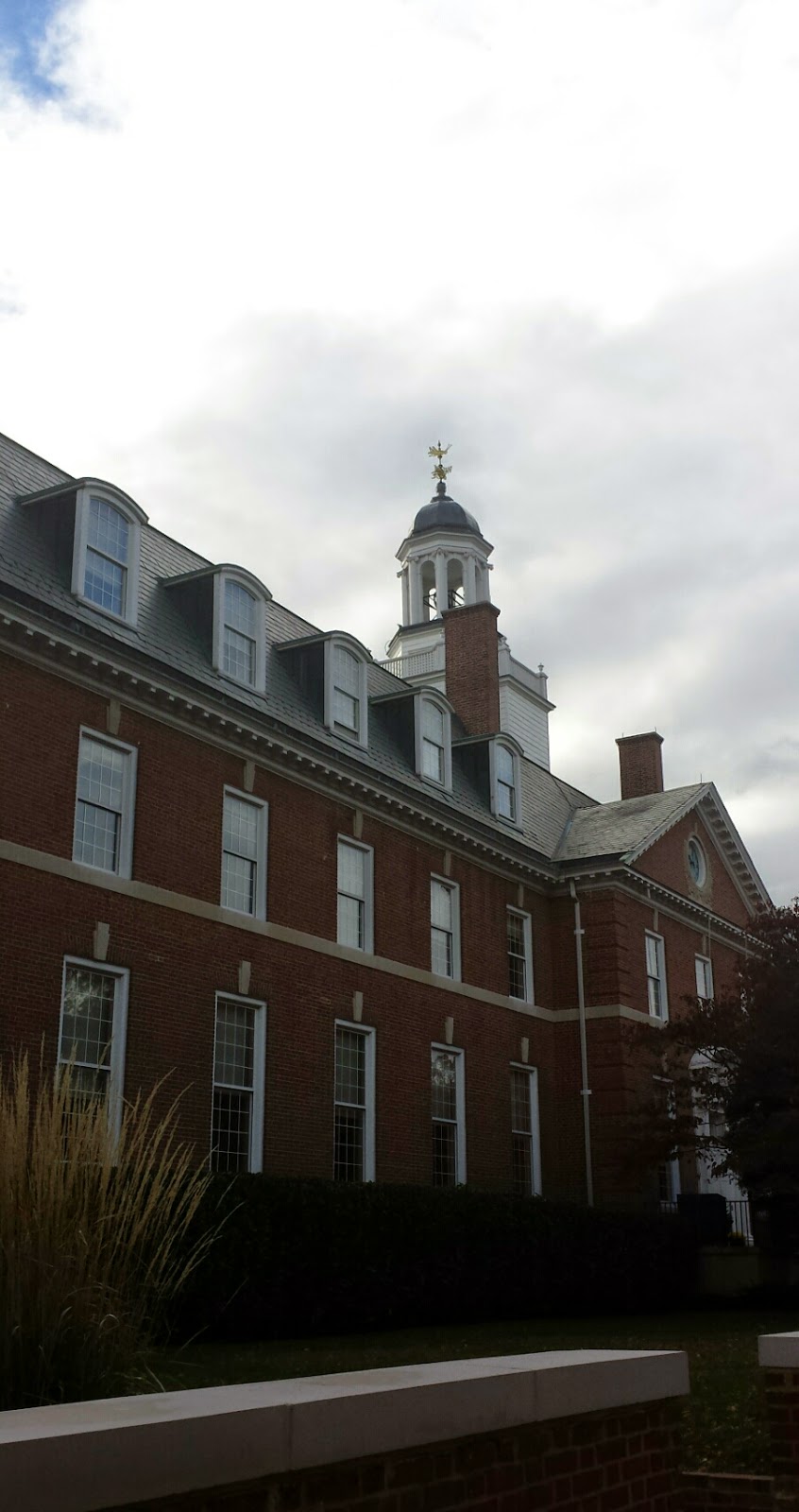 The students had begun filling out their #ReasonsWhyYouMatter cards and posting them in the hall. 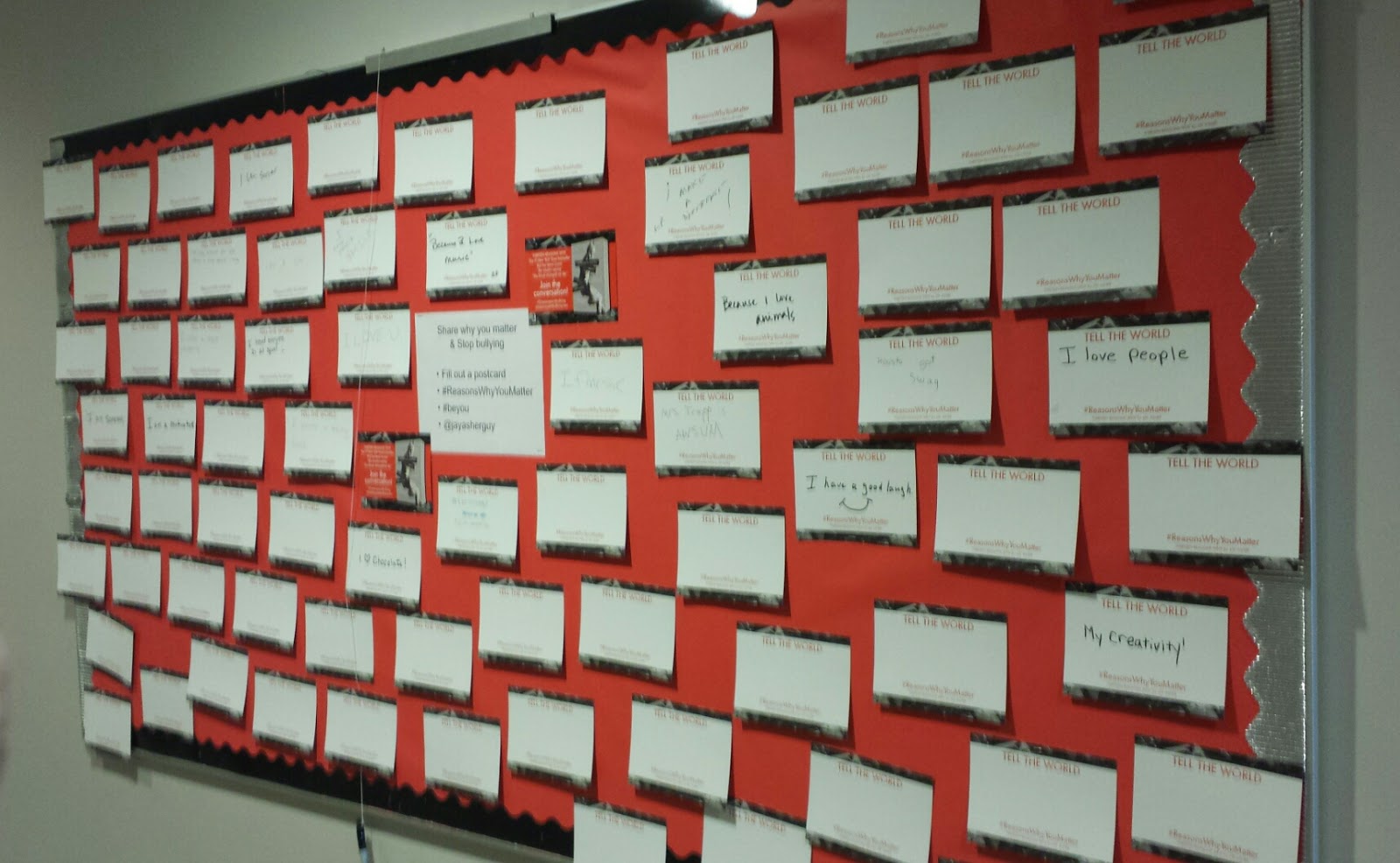 My usual presentation lasts 40-45 minutes. At Gilman, the schedule required me to cut it down to 25, which involved a late night of strategizing and math work. But more than that, it required a lot of guess work because I never know how fast I'm going to talk or how much I'll be able to hold back the rambling. 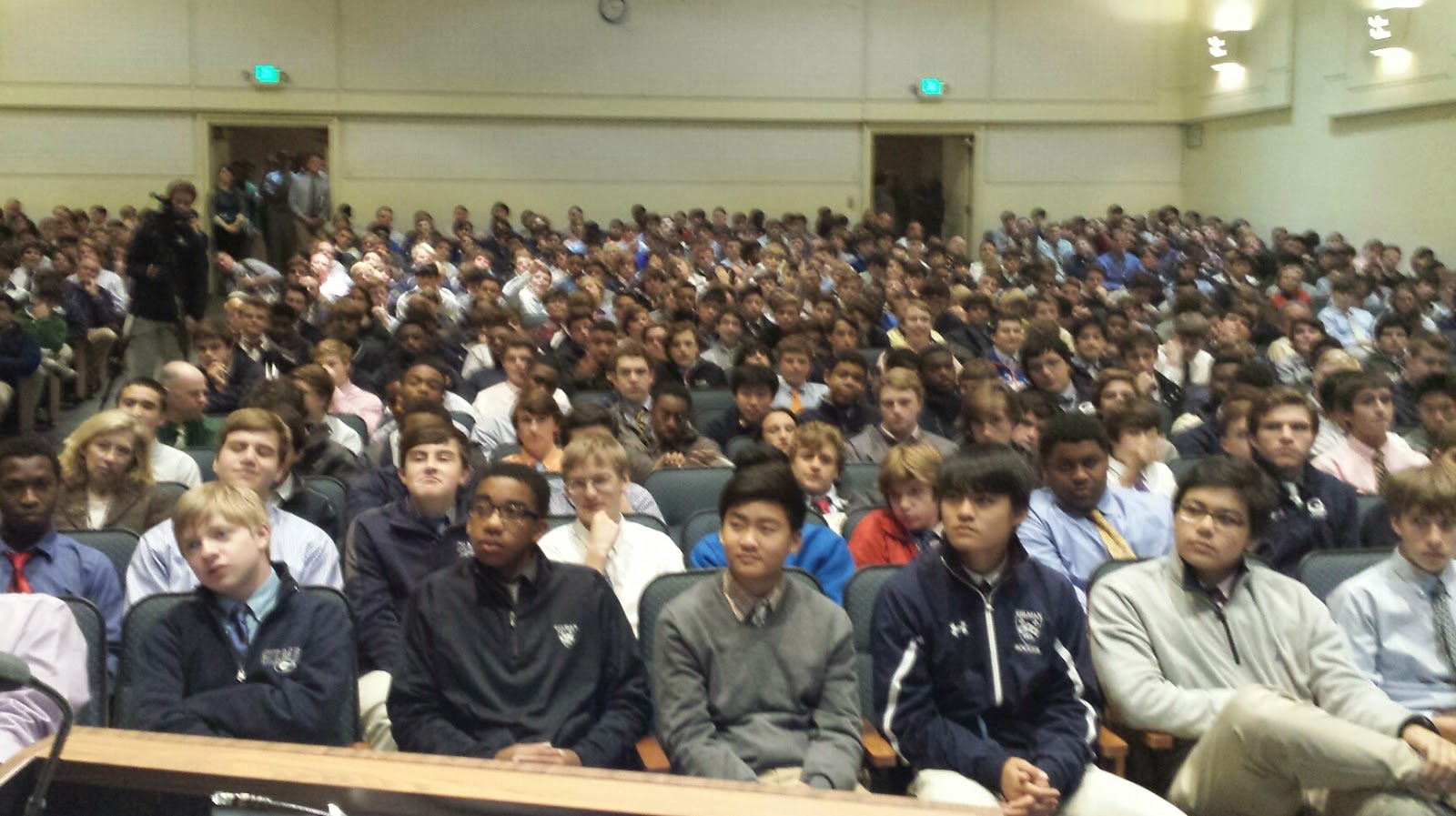 But it went well! (The shot above is of the boys listening to school announcements. They looked a bit more lively in a few minutes.) Throughout the rest of my day, students came up to tell me they really enjoyed my talk. Yes, these dudes are all sorts of polite.

And then they streamed into the library over the next few periods to get their books signed. 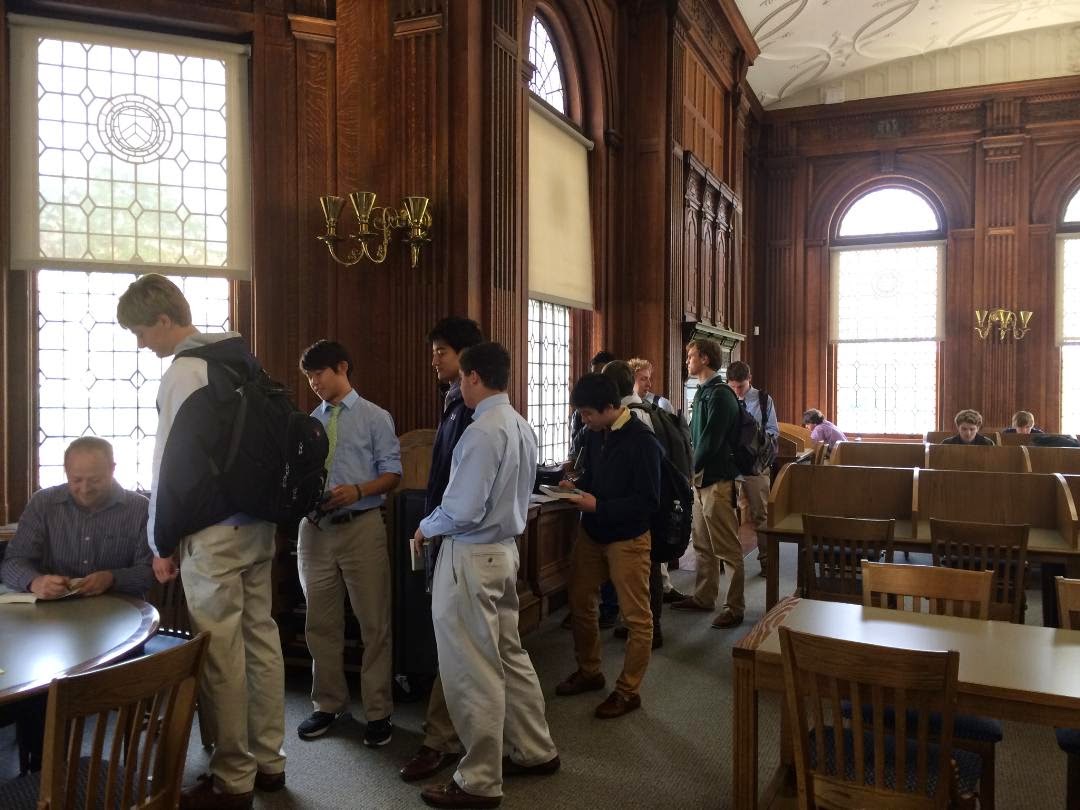 Before I left, I participated in one of my favorite Q&A sessions with members of the Gay-Straight Alliance. (I didn't realize that's what it was until I started answering questions. I just knew I was going to speak to GSA later in the day. GSA? Sounds cool!) The questions were wide-ranging, but allowed me to open up about a topic that I know touches many of the readers I've met over the years. 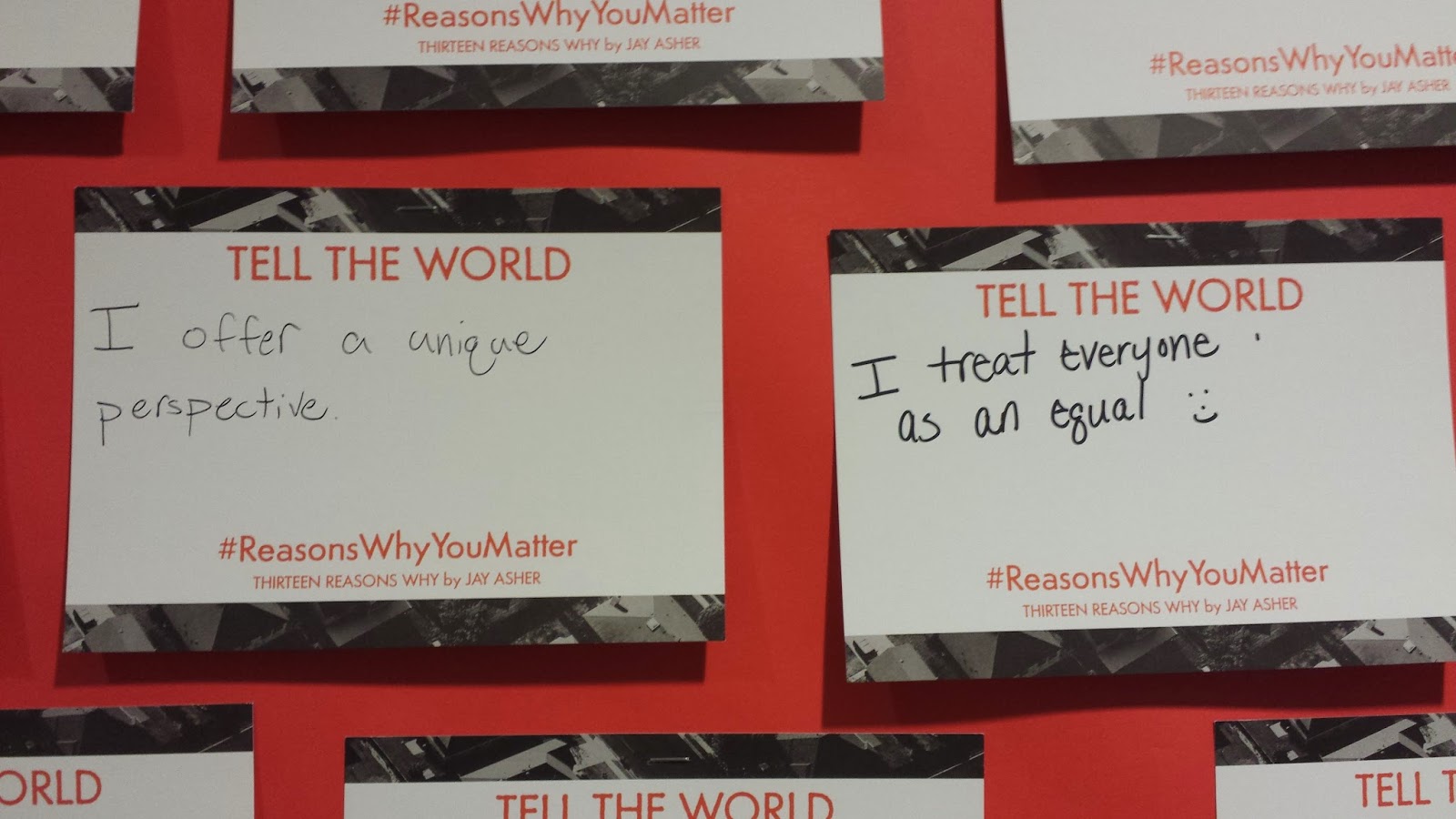 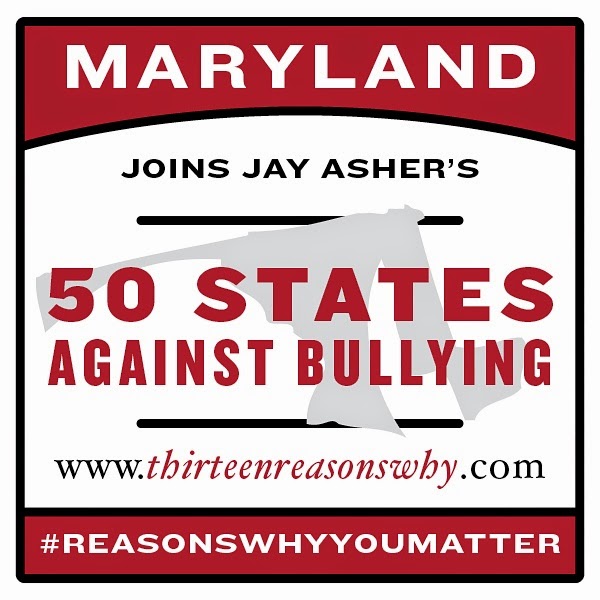 Oh, I also ran into Sean Astin from Goonies (and a whole bunch of other movies, but none as important as that) in the hallway outside of my hotel room. I didn't have my phone on me, so I didn't get a pic, and I'm still so upset about that. And that's why I'm posting this really small. But he did say, "Howdy," to me!!!
Posted by Jay Asher at 2:44 PM