My third stop on the 50 States Against Bullying campaign took me to Shawnee Mission East High School in Kansas. Due to several flight delays the night before, I didn't get to my hotel until 2:30 a.m., and then had to be at the school by 8 a.m. But this tour is turning into such a positive experience, I woke up ready to go!

(After a couple cups of coffee.)

And even if I did feel tired, I would've been plenty excited once I walked into the library and saw a huge banner where teens have been leaving positive comments for each other. 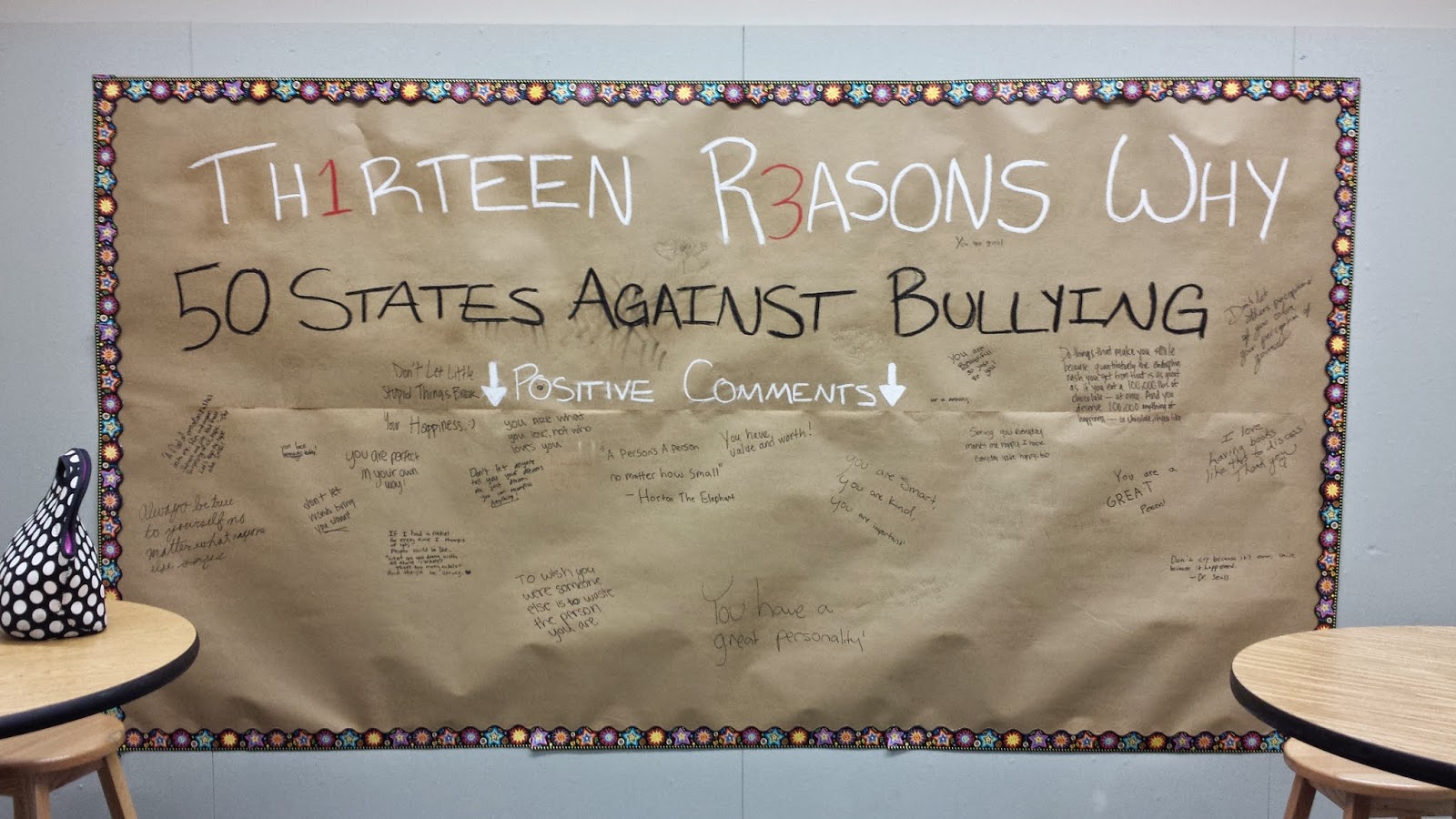 Over two presentations, I spoke to the entire school. 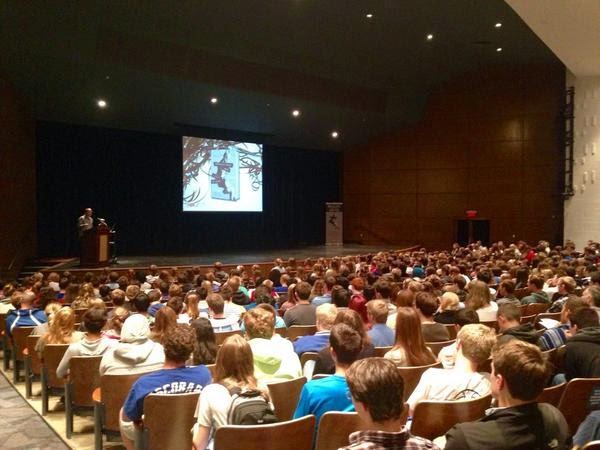 When each session ended, the students received their #ReasonsWhyYouMatter bracelets. Throughout the rest of the day, it was quite an honor to see people wearing them with pride. 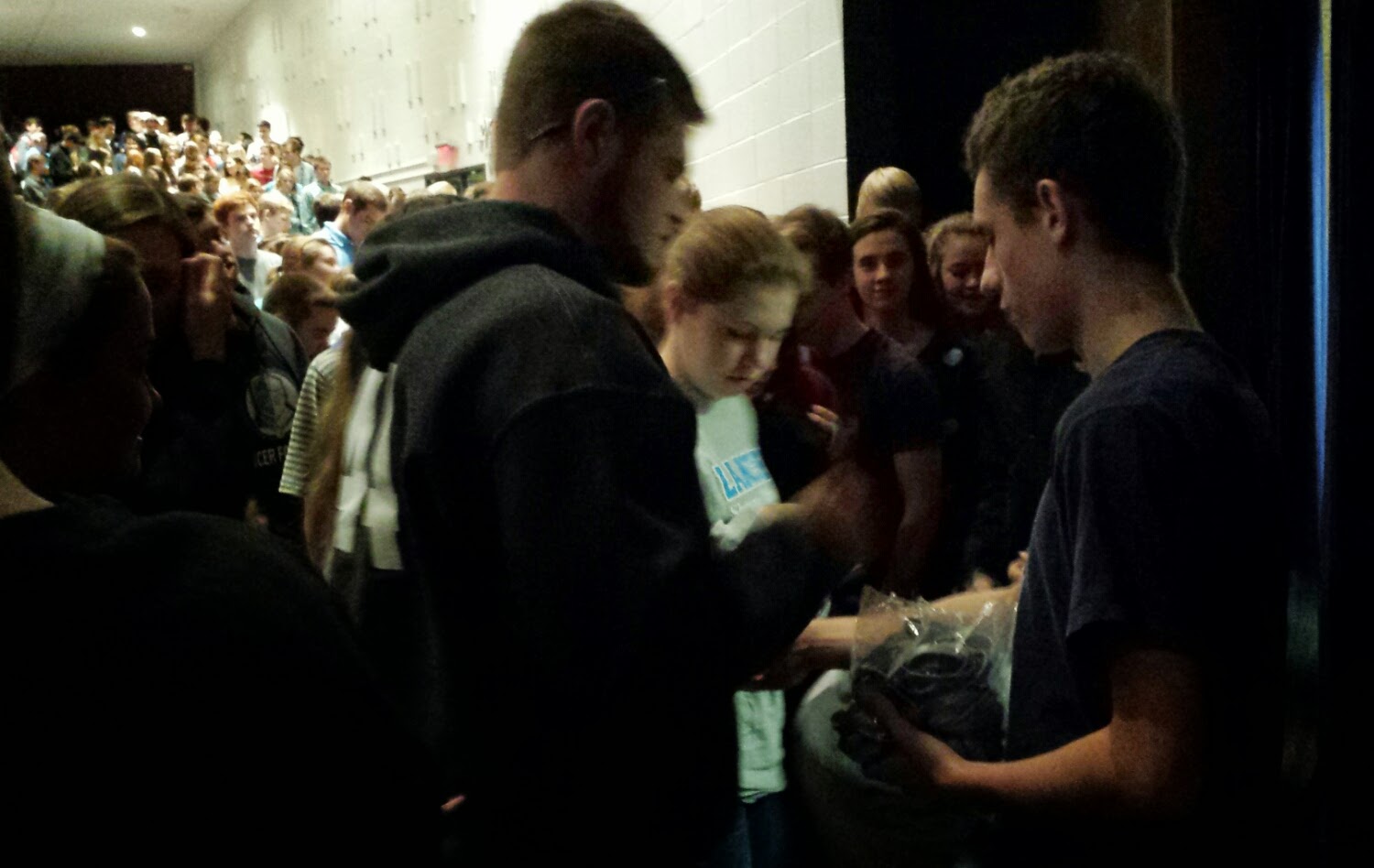 I will admit, two days leading up to the beginning of this tour, I was a nervous, anxious, grumpy mess. When I speak at schools for a regular author visit, I do address serious issues discussed in my books, but I also try to make the presentation fun and funny. With schools bringing me in to focus on the bullying issue more than simply being an author, I became afraid. Yes, I had a lot to say about this issue, but I didn't want students to feel like I was preaching at them. That's definitely not what I would ever aim to do. I wanted to talk with them, sharing the ideas that my readers have shared with me.

Three states in, the conversations I've had with so many students and teachers have been incredibly rewarding. To hear what they got out of my visit, and why they're excited to see this message presented across the country, its...very hard to describe.

By having my publisher organize this, and asking me to travel around and deliver this message, it's one of the biggest honors anyone's asked me to be a part of. I'm just feeling so lucky and grateful right now. 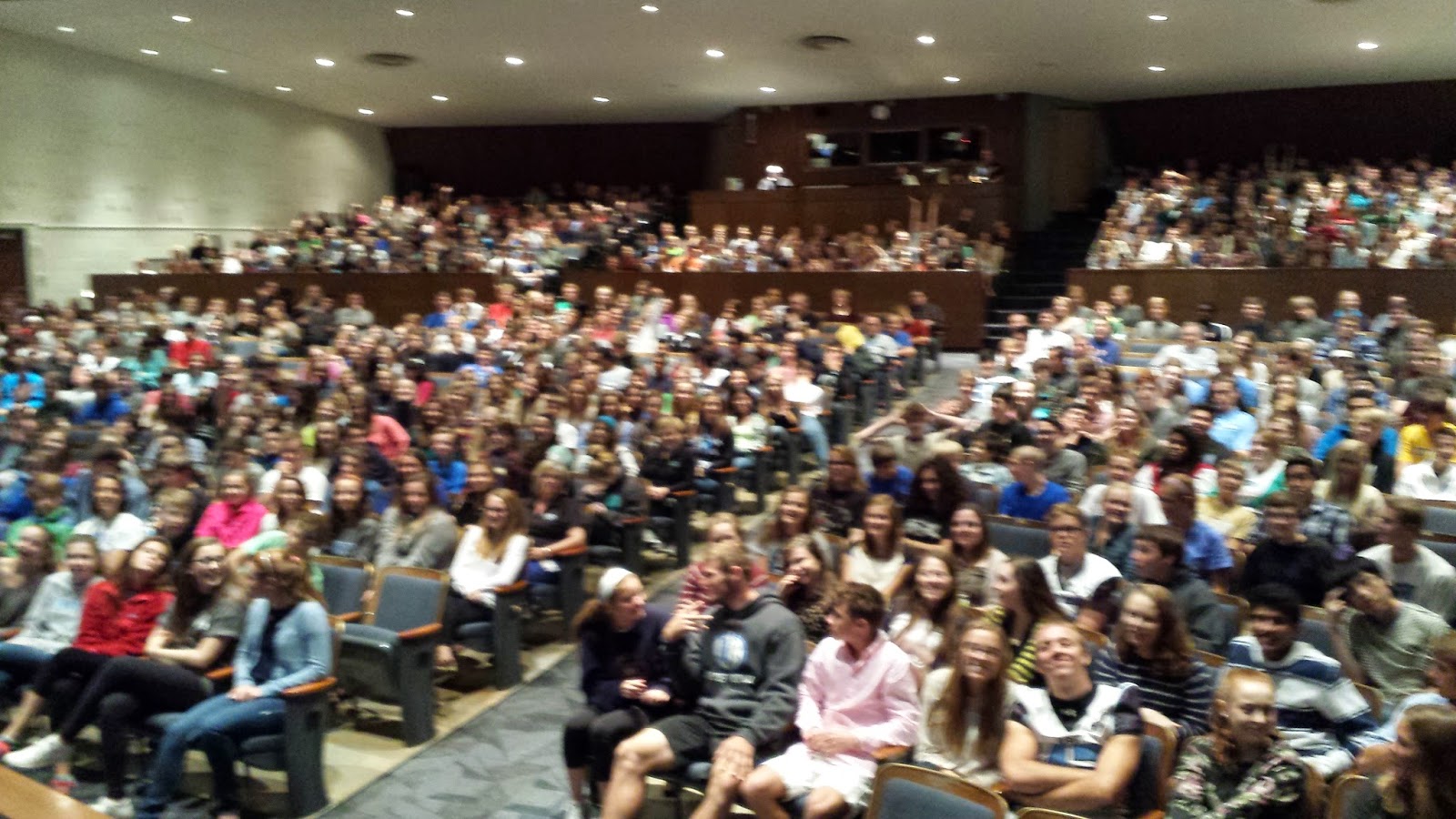 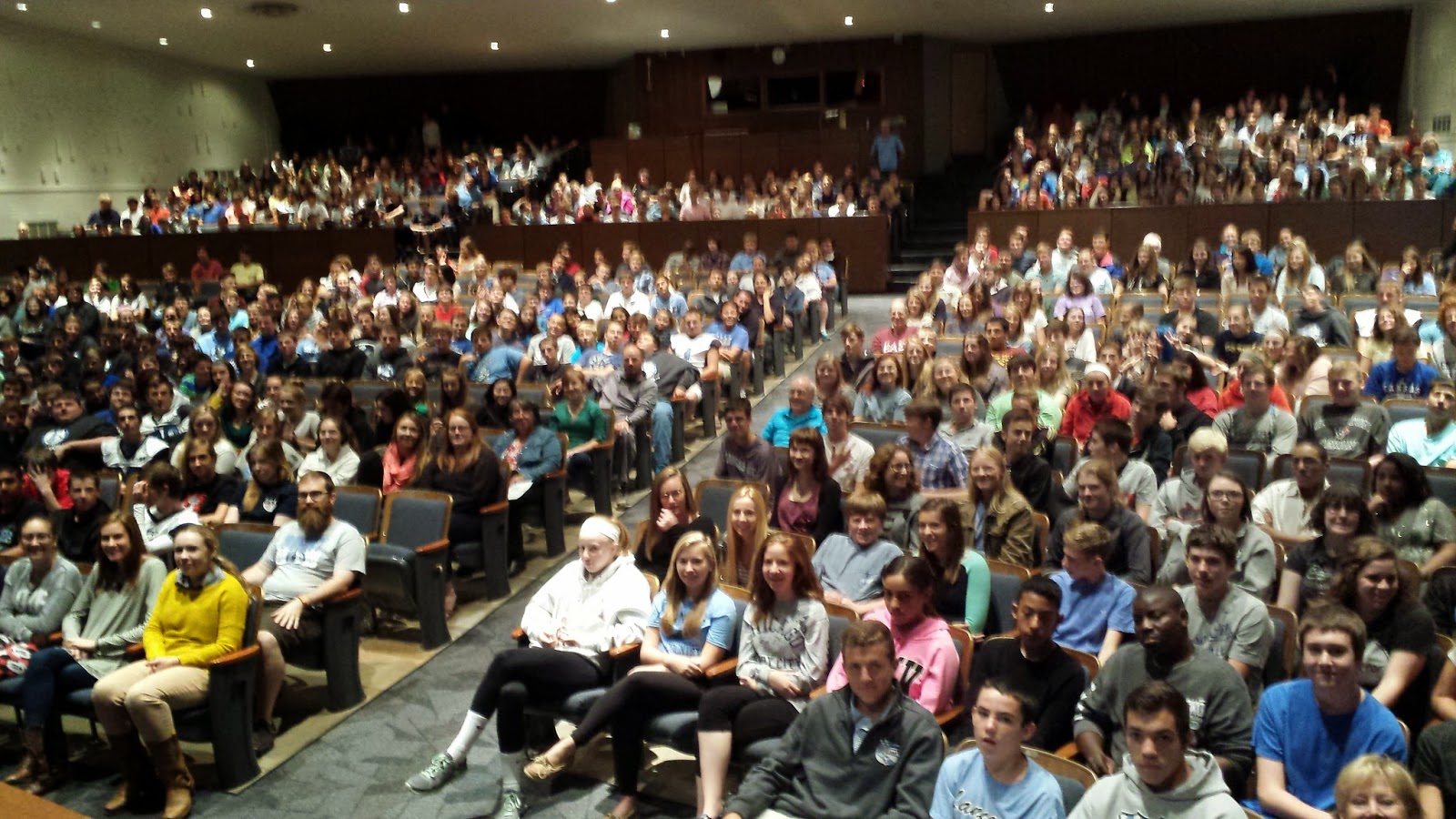 But I can't stay sentimental for long. Not here! Because I refuse to cry on this blog. 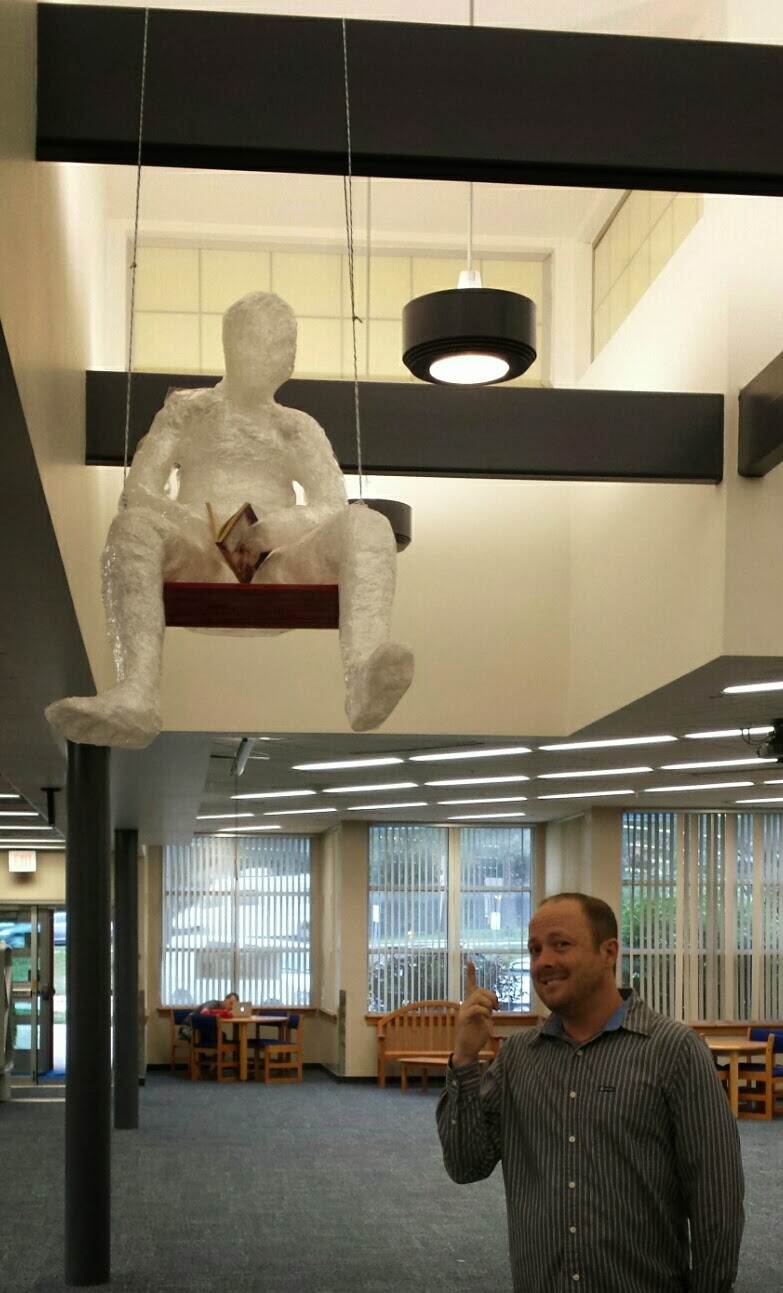 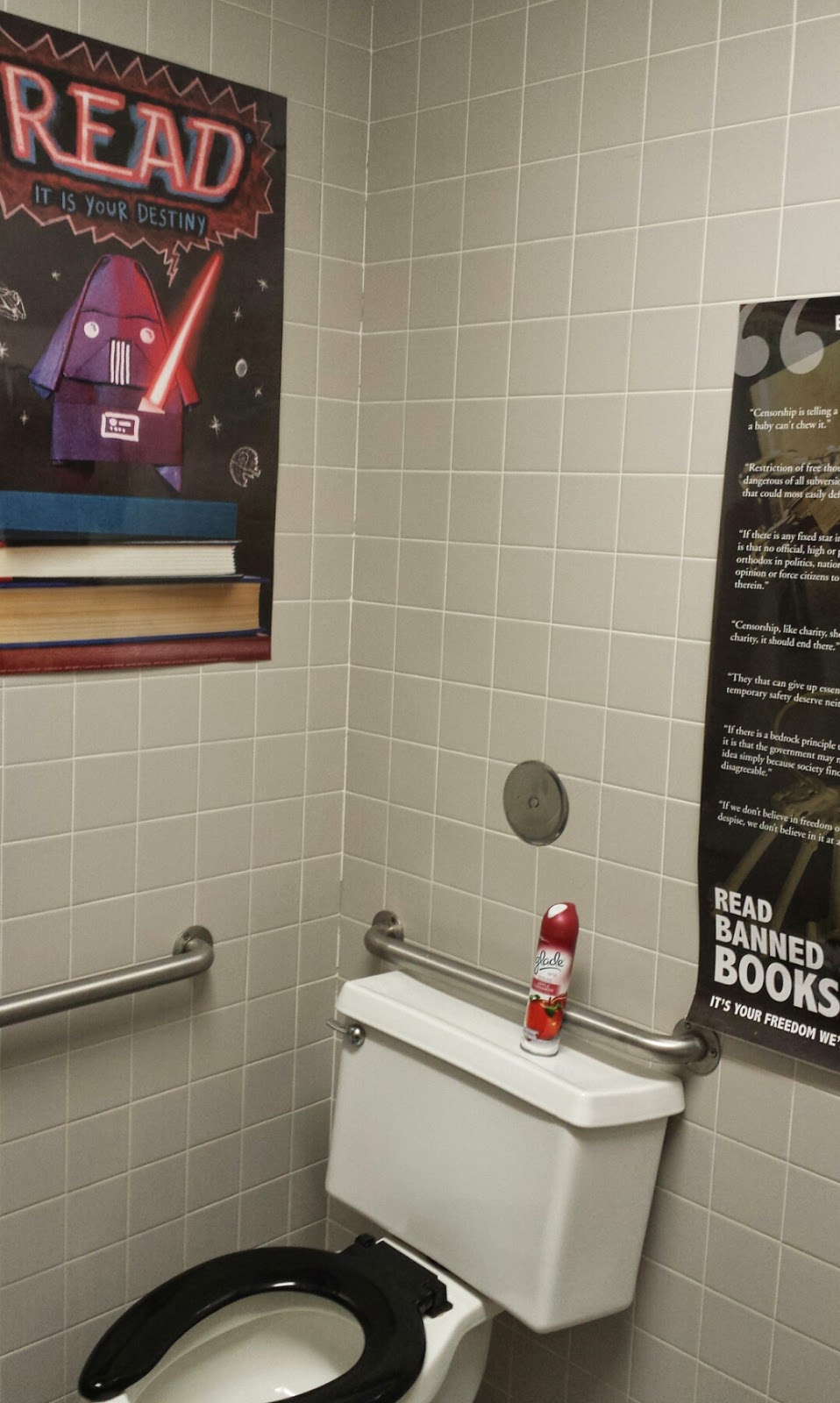 Seriously, that better have been on purpose!

During lunch, I signed books in the library. After signing one student's book, the awesome librarian, Ms. Knop, told me who the student was. So I asked her to run after Clara Ma to see if she'd come back. As a space nut, I absolutely had to get a picture with the person who came up with the name for the Mars rover, Curiosity! 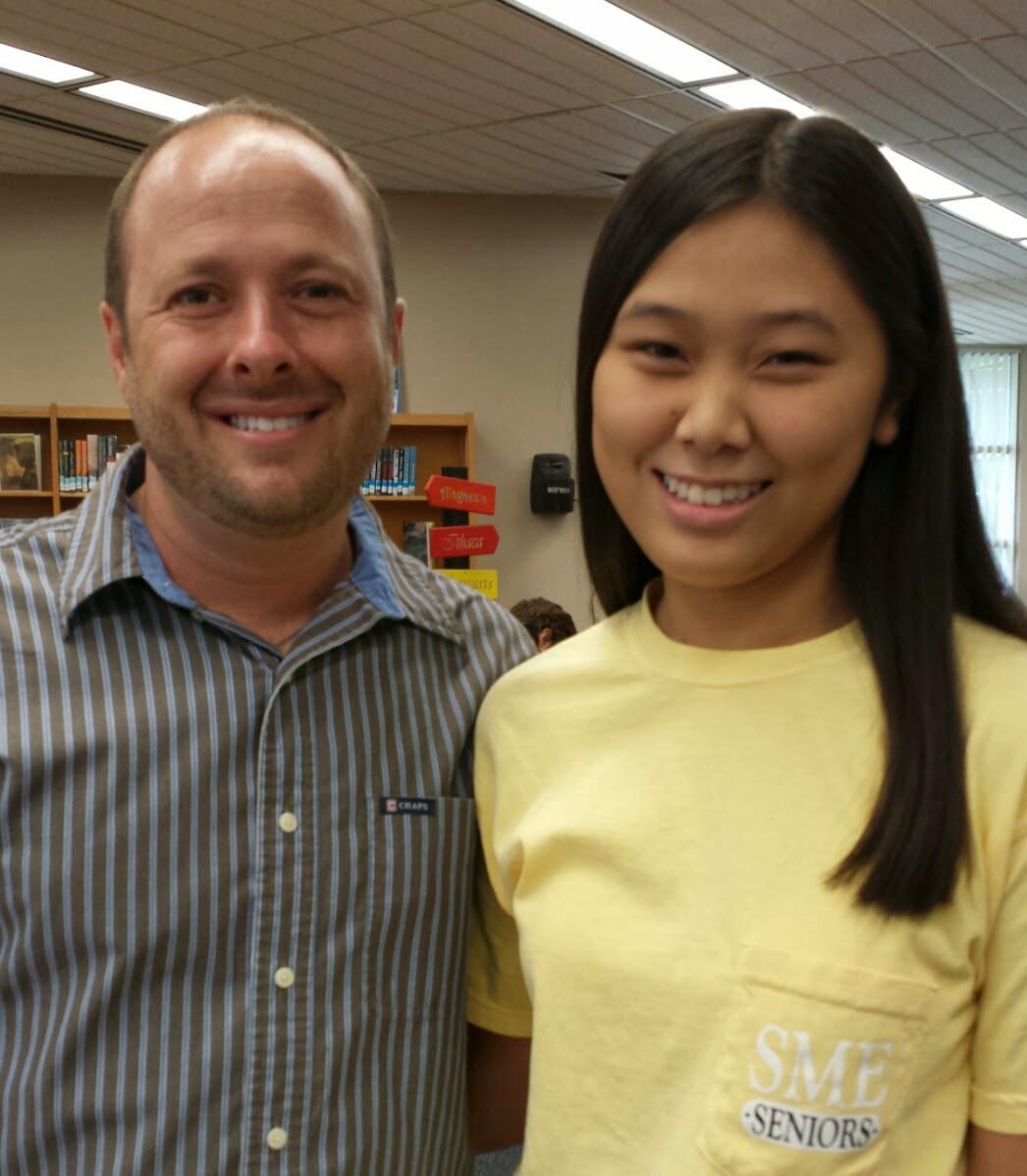 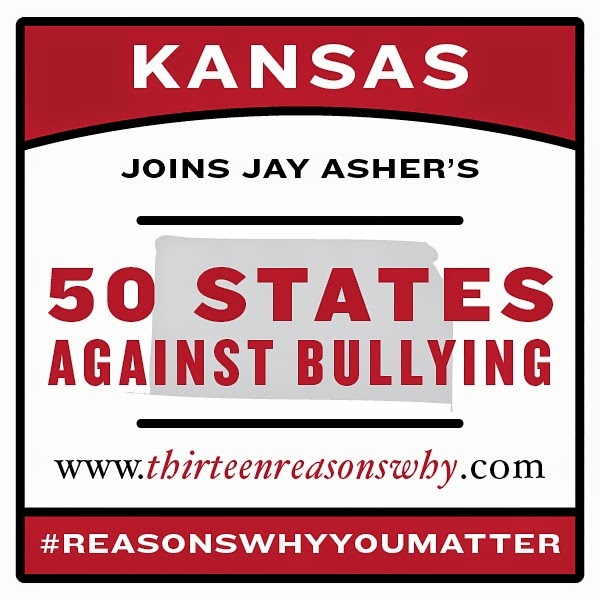 Jay, what you're doing is VERY cool, but I understand what you mean about not wanting to preach at the students. It's awesome to know that you're making an impact on so many kids and adults, so you're definitely doing this right!

That plastic guy on the swing was pretty cool, too, although maybe just a little bit creepy...

Can't wait to hear about your next stop on the tour!