My fourth stop on the 50 States Against Bullying campaign was Illinois. Outside of my home state, I've spoken in this state more than any other. So I'm happy to spend several days here before moving on! First, I spoke at the Illinois Reading Council conference in Springfield. Then I took a train to a bookstore event at Anderson's Bookshop in Downers Grove.

And then I gave two presentations at Lake Park High School, which is so huge it is split into two campuses. First I spoke at the West Campus. When students entered, a slideshow played that showed photos of students holding up encouraging notes. 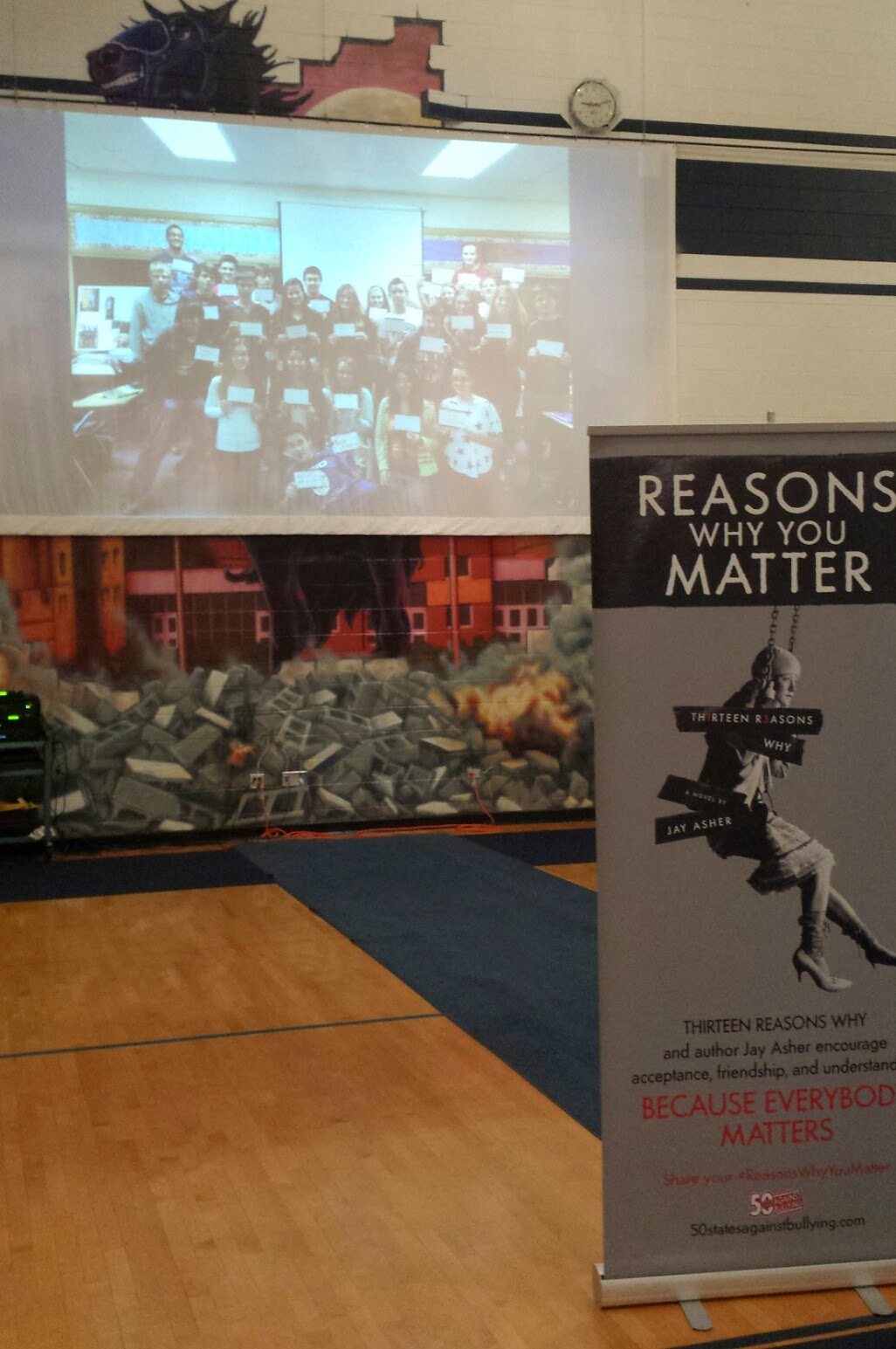 I spoke on the floor of the gymnasium to around 1,300 students. If I saw a photo like this before I sold Thirteen Reasons Why, it would have freaked me out! Speaking to a gym packed with students? Without barfing or fainting? No way! 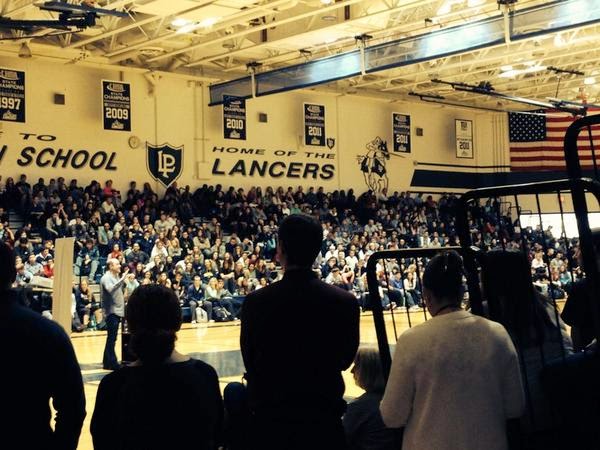 Not only are these campuses beautiful, but the faculty and students are so creative in how they hope to make their students feel like a family. A new project, which they announced at this assembly, is that they wanted every student to dip a hand in paint and leave their print in a specific hallway. Because it's their school. 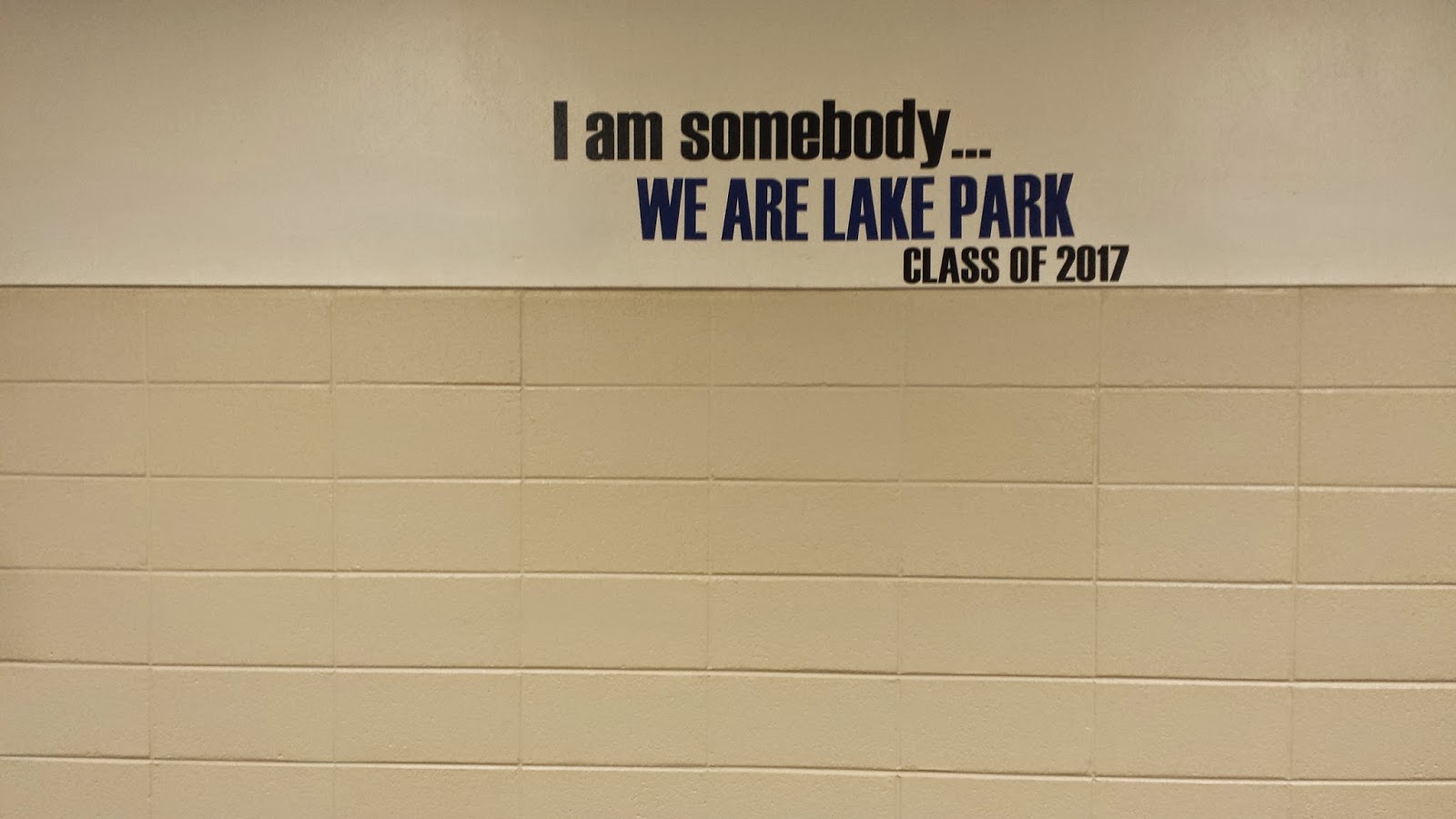 This is a wall of #ReasonsWhyYouMatter notecards, with inspiring quotes from students. 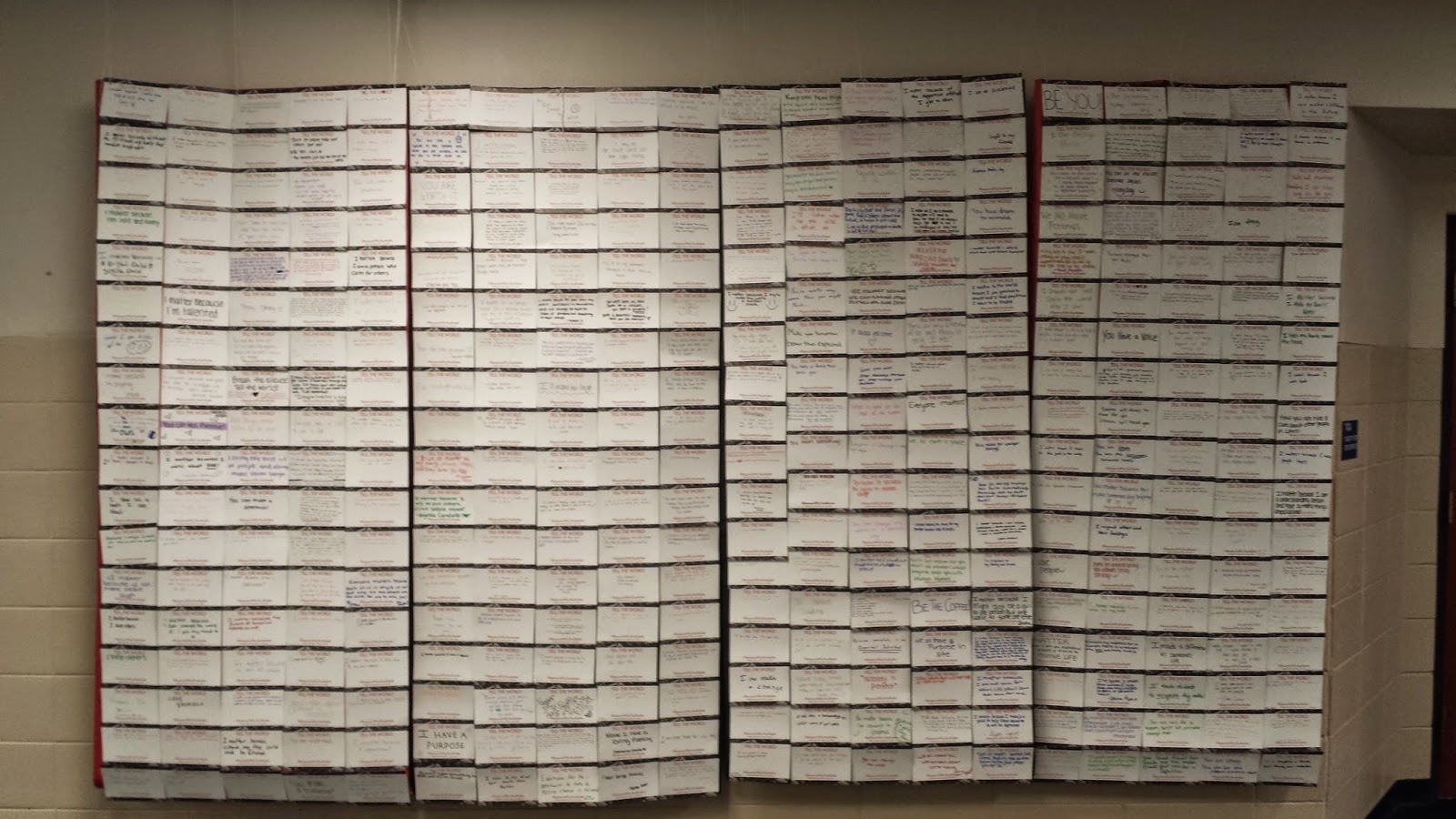 Then I spoke at the East Campus to another 1,300 students. Before that presentation, I was presented with a t-shirt from the school's anti-bullying club that reads: "We at Lake Park Stand for the Silent." 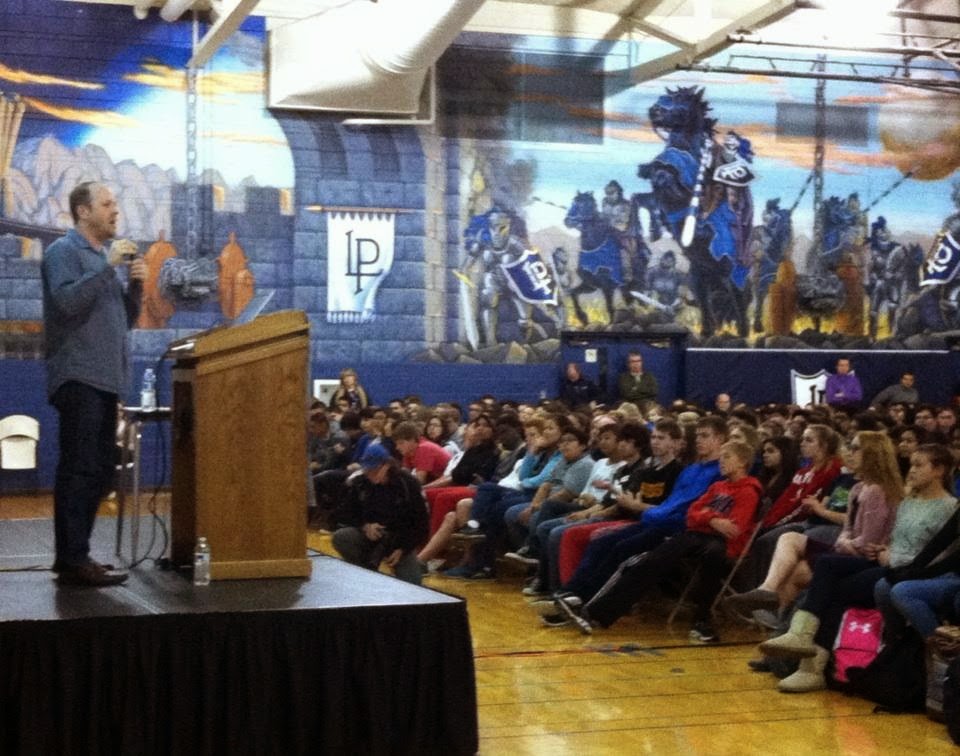 Want to know how simple it is for a school to show they're serious about making their campus a safe and positive place to learn? Click here to see just one example of what Lake Park High School has done. 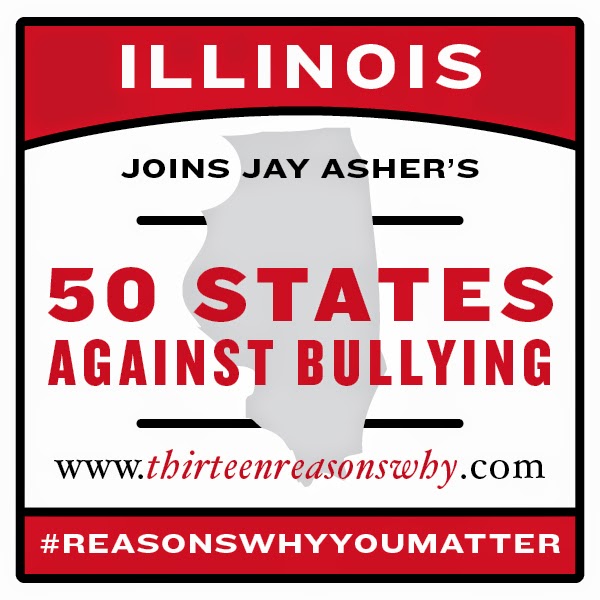