The Fall 2010 Children’s Books issue of Publishers Weekly is finally here!!! Relying on the brief descriptions given for each title, here are the upcoming (or recently released) mid-grade and teen novels which most piqued my curiosity:

Benjamin Franklinstein Lives! by Matthew McElligott and Larry Tuxbury, illus. by McElligott. Victor discovers that Benjamin Franklin was put into suspended animation and hidden away in his basement for 200 years.

The Blending Time by Michael Kinch. In 2054, three teens are chosen to help repopulate Africa after a solar flare leaves its people sterile.

Bloodthirsty by Flynn Meaney. When the other girls at school become obsessed with a vampire book, shy Finbar pretends to be undead to get some attention.

The Boy Who Howled by Timothy Power. A boy who has been living with a wolf pack tries to fit in when he is sent to live with humans.

The Candymakers by Wendy Mass. Four kids competing in a candy-making competition must discover who is trying to sabotage the candy factory.

The Grimm Legacy by Polly Shulman. In a rare items library, Elizabeth discovers a secret room filled with items from Brothers Grimm tales.

Hero by Mike Lupica. Billy learns that his father was a superhero—and he has inherited his powers.

The Limit by Kristen Landon. If a family exceeds the debt limit imposed by the government, the oldest child is taken away to a workhouse.

The Mockingbirds by Daisy Whitney. After she is date-raped at school, Alex turns to an underground student society to seek justice.

My Fake Boyfriend Is Better Than Yours by Kristina Springer. Two seventh-grade frenemies battle it out using their made-up boyfriends.

Past Midnight by Mara Purnhagen. A girl whose parents have a ghost-debunking TV show discovers that two angry ghosts have followed her to her new school.

Rules for Secret Keeping by Lauren Barnholdt centers on a girl who runs a successful secret-passing business.

Stork by Wendy Delsol. The heroine of this novel of romance and the supernatural has the ability to decide who gets pregnant.

The Unidentified by Rae Mariz is a dystopian novel about a girl attending a school in a mall where students are used for market research.

Virgin Territory by James Lecesne. After his mother dies, a boy meets the leader of a group of kids whose families seek out sightings of the Blessed Virgin Mary.

You Are Not Here by Samantha Schutz. When her secret love is killed, Annaleah struggles with a grief that no one will acknowledge.

You Wish by Mandy Hubbard. On her birthday, Kayla wishes that all her previous birthday wishes would come true, but may regret it when they do.
Posted by Jay Asher at 10:08 AM 4 comments: 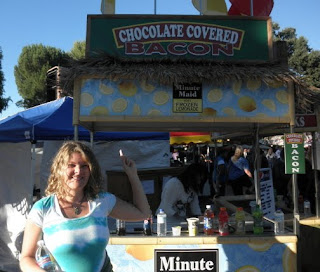 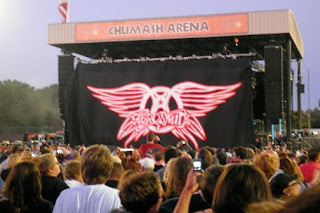 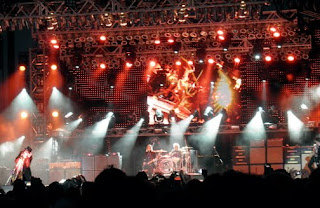 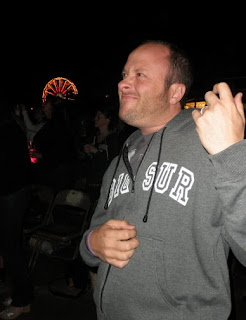 IT'S A BOY!!!
Here's our first family photo. 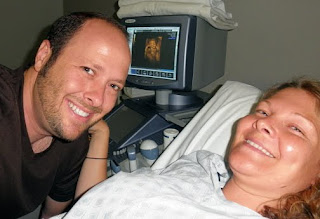 (Jay Edward Asher, Isaiah Nathan Asher, JoanMarie Asher)
The 3-D ultrasound imaging they do is amazing. We got to watch him kick and squirm and grab his toes. It was so adorable! 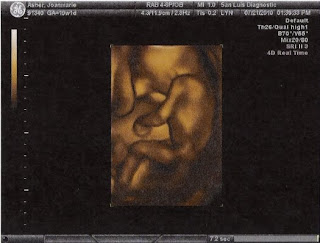 When he's sleeping, his mommy thinks he looks just like his daddy. 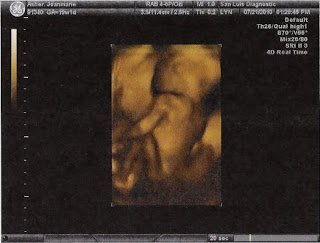 But like his mommy, he already likes to sing. Here he is singing a Diana Ross song: I'm coming out. I want the world to know... 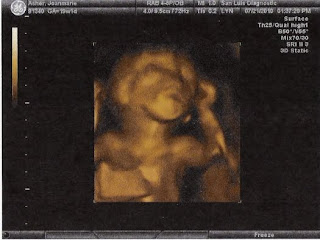 I swear, at one point, he looked right at us and smiled! 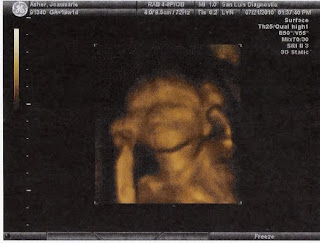 So who guessed boy and was randomly selected by JoanMarie to win a whole bunch of goodies? 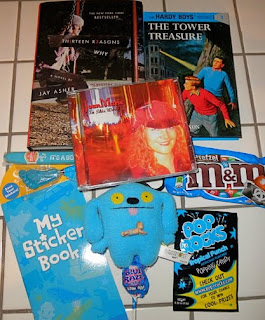 Since you left your email along with your guess, you've made this next part easy for me. I'll be sending you an email to get your shipping address, and in the near future you'll be receiving:
Thank you all for being so excited for us. It was one of those beautiful days we'll never forget!
Posted by Jay Asher at 12:01 AM 18 comments:

Ivysaiah Wants You to Win!

JoanMarie and I have been referring to our upcoming baby as Ivysaiah until we find out the sex. Why Ivysaiah? Because it blends together the two names we've settled on: Ivy if she's a girl, Isaiah if he's a boy.

We'll find out the sex...fingers crossed!...this Wednesday. So which do you think it'll be? A boy or a girl?

Leave your name and answer in the comments section, and I'll let JoanMarie randomly pick a number to figure out which person (from the list of correct answers) will win the prize. And no, you can't answer twice. You already have a 50/50 chance of getting it right!

What are you hoping to win? I'll send you a signed copy of Thirteen Reasons Why, a signed copy of JoanMarie's CD In This World, and some cheap and silly pink or blue goodies...some of them edible. (I didn't want to buy that pink and blue stuff ahead of time just to take a picture for you because then I'd have to return half of it.)

I'll announce the name of our baby and the winner this Thursday, so get your answers in by Wednesday evening.

In the past several months, a lot of people have been telling us their superstitions about how to determine the sex. Below, I'll share some of that info to help you make your selection.

And yes, JoanMarie and I are going to be thrilled either way!
Posted by Jay Asher at 10:15 PM 51 comments:

If our baby grows up to be a surfer, this photo documents his/her first day riding waves. 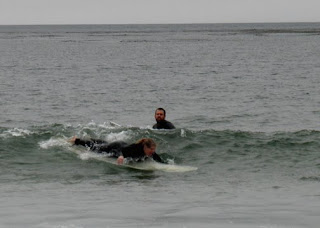 Since JoanMarie didn't come back to shore nauseous, I'd say he/she had a great time!
Posted by Jay Asher at 10:25 PM 5 comments:

Let's say you need to describe the sound helicopter blades make while sweeping through the air. Would you say:

I've been rotating through all four versions throughout the day, saying them aloud, feeling embarrassed, and making myself dizzy trying to figure this out. And I do need to settle on something.

To give you a little more detail, the helicopter would be about the same size as the one below, and also carrying something. 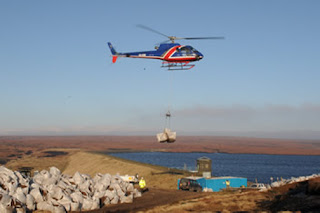 And if you have a totally different and better way to spell the chopper noise, let's hear it!
Posted by Jay Asher at 5:00 PM 13 comments:

JoanMarie and I began the Independence Day festivities on July 2nd, joining some good friends at a local baseball game, which was followed by a much-better-than-expected fireworks display. 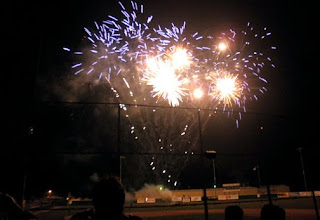 Nope, you can't celebrate America any better than being outdoors with friends, watching baseball and fireworks. Unless, of course, you add some hot dogs and nachos into the mix! (Nachos are totally American if you eat them at a baseball game.)

We'll be spending the actual 4th at the beach with some more friends, followed by more fireworks. And I'm sure I'll squeeze in another hot dog or two!


Now let me speak to all of you adult ladies for a second. On July 3rd, JoanMarie and I went to see Eclipse. We enjoyed it. And yes, Taylor Lautner's abs made me a bit jealous (though not jealous enough to keep me away from those hot dogs). But listen, Mr. Lautner was 17 in that movie. That makes him a minor, and that makes some of your descriptions of his body slightly creepy!
Posted by Jay Asher at 8:30 PM 1 comment: