My 500th blog post is about the thirty-sixth stop on my 50 States Against Bullying campaign, which brought me...eventually...to South Dakota. It was to take three flights to get me there. From my hometown in California, I flew to LAX. From there, I took a delayed flight to Denver, and that delay made me miss my flight to Sioux Falls.

Time to get creative!

As I ran to another terminal, my booking agent grabbed me a last minute seat on a flight to a small town called Huron, where I would then drive in the snow for two hours to Sioux Falls, which is where I was to speak early in the morning.

So I hopped on the plane to Huron, which landed in...Pierre?

Yes, it landed in Pierre. And there, the passengers got off so I could continue on to Huron. That's right, the rest of the flight looked like this: 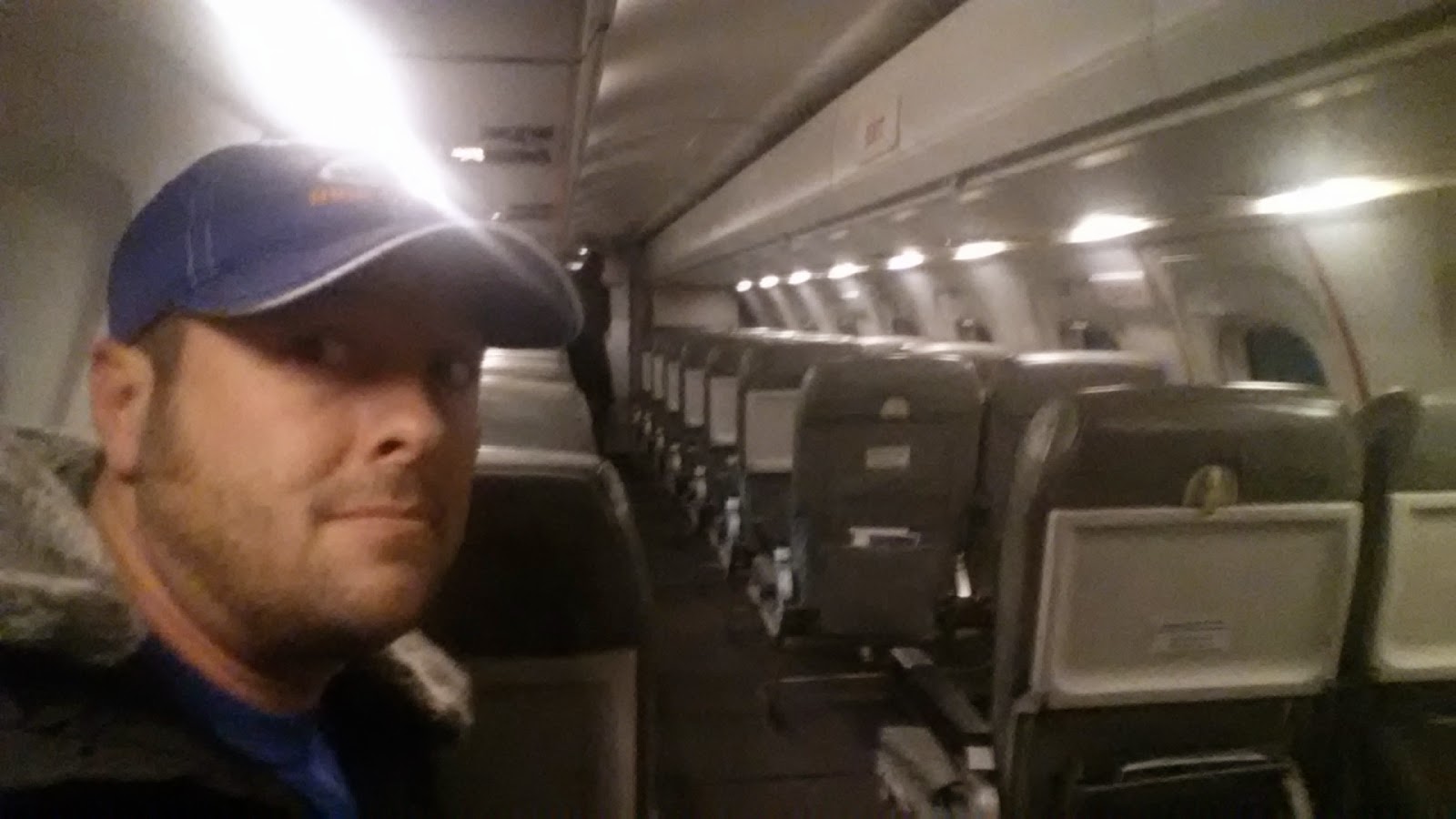 So I flew from Pierre to Huron with the plane to myself. Well, except for the pilots and flight attendant. And even though I had been there when we took off from Denver, the flight attendant still had to run through the flight attendant spiel before taking off. So I stared at her as she spoke directly to me. When she got to the part about bags falling from the ceiling in the event of a cabin pressure change, she reminded me to secure my own mask before helping anyone else. And then we looked at each other with tilted heads because the only other person there was her.

So she sat down and we took off.

But upon landing in Huron, we found out there were no rental cars for me to rent! So I got a hotel room in Huron, where I planned to figure out some way to get to Sioux Falls before the morning. Except there weren't any taxis to get me to the hotel! So the receptionist at the hotel sent her friend to pick me up (for twenty bucks).

As I was getting ready to find a late-night diner to approach random customers and ask if they happened to be driving two hours away to Sioux Falls, my publicist called with a plan! And that was good because there were no late night diners within walking distance from my hotel.

Roosevelt High would be moving my presentation to the afternoon, and the school librarian would drive the four hours round-trip to pick me up.

And so, the next day, I arrived. 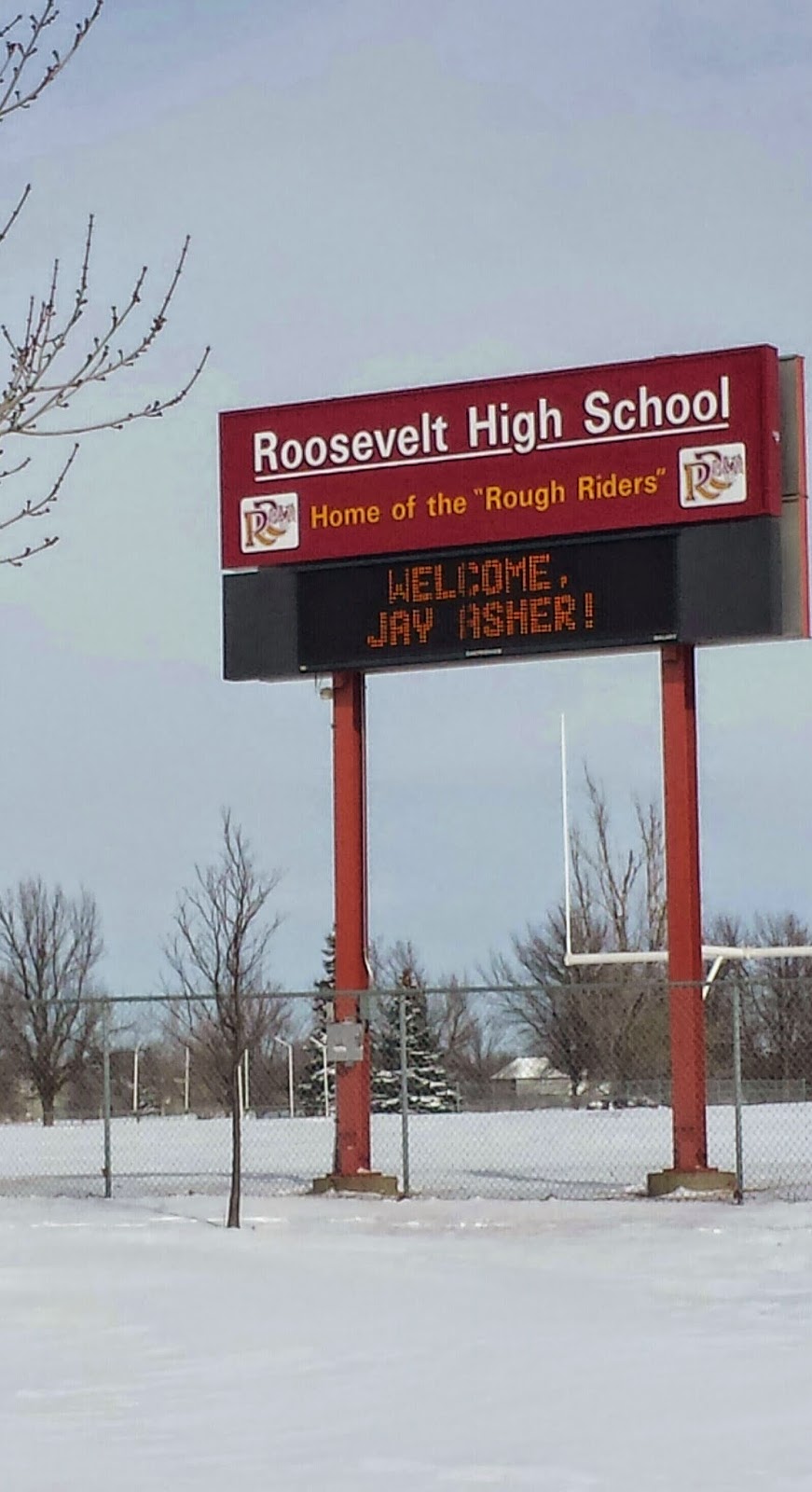 And it was cold. 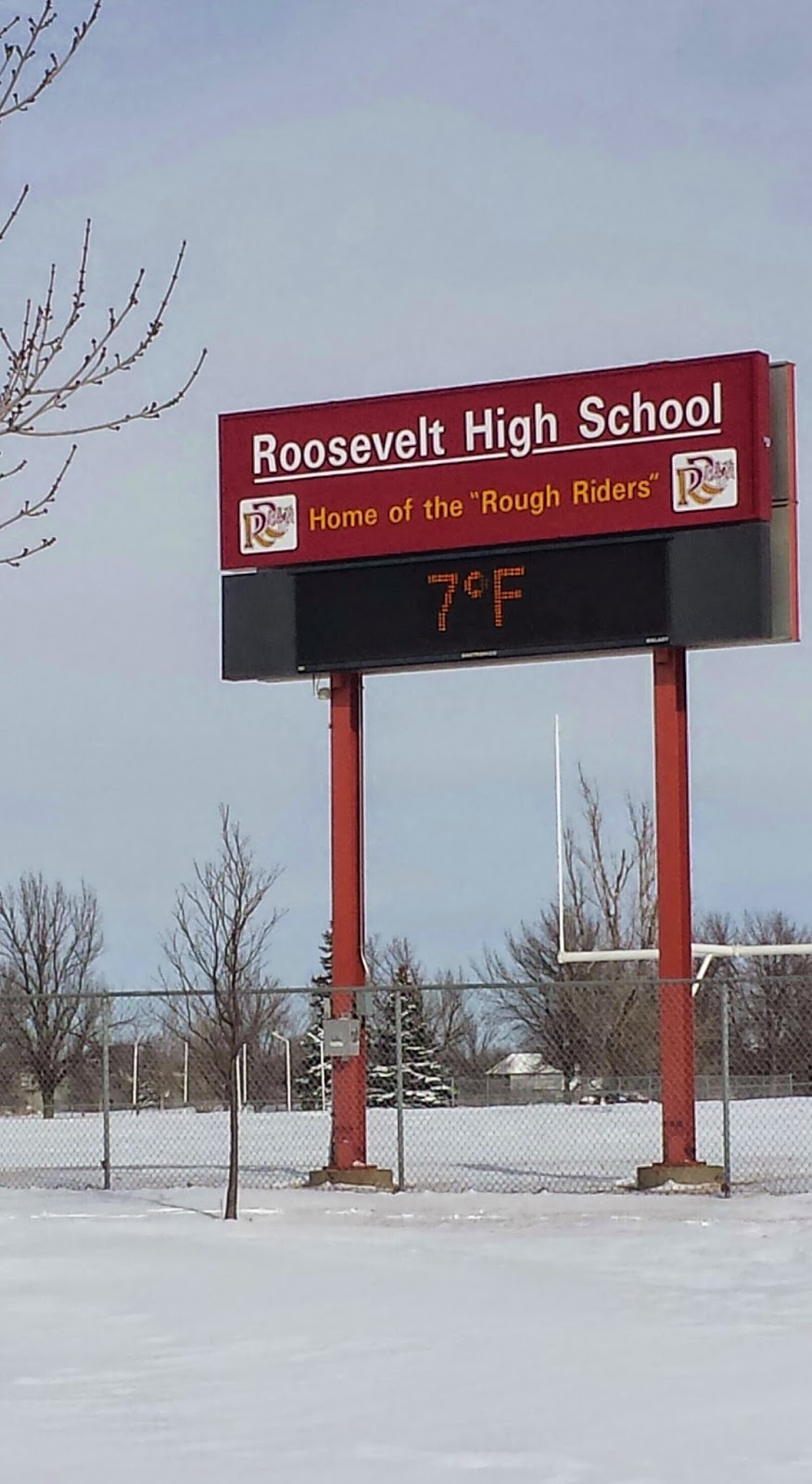 But I had a great time in Sioux Falls. Outside the library, they had a display of quotes from Thirteen Reasons Why. 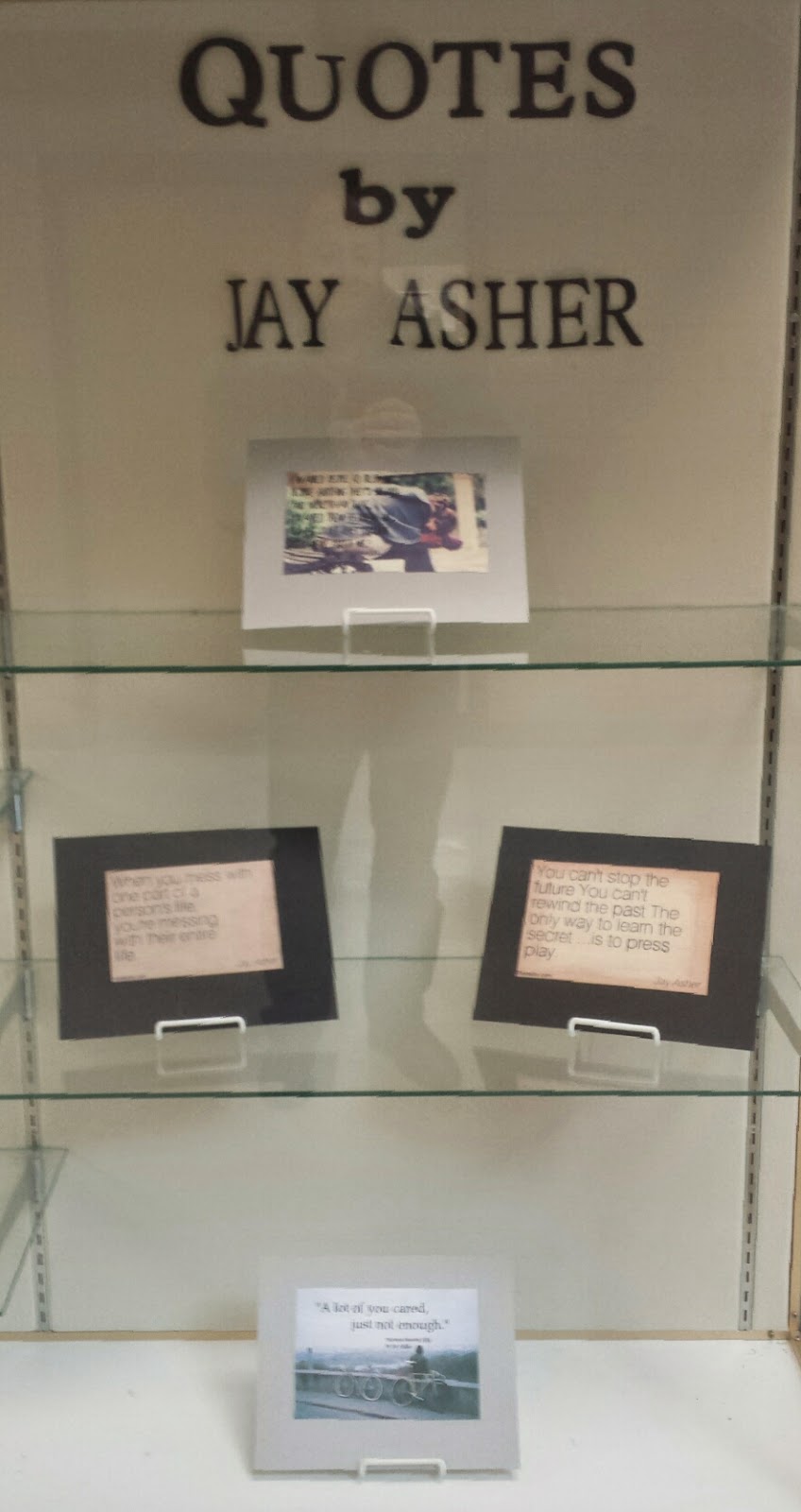 Inside the library, the Reasons Why You Matter banner had handwritten quotes from students. 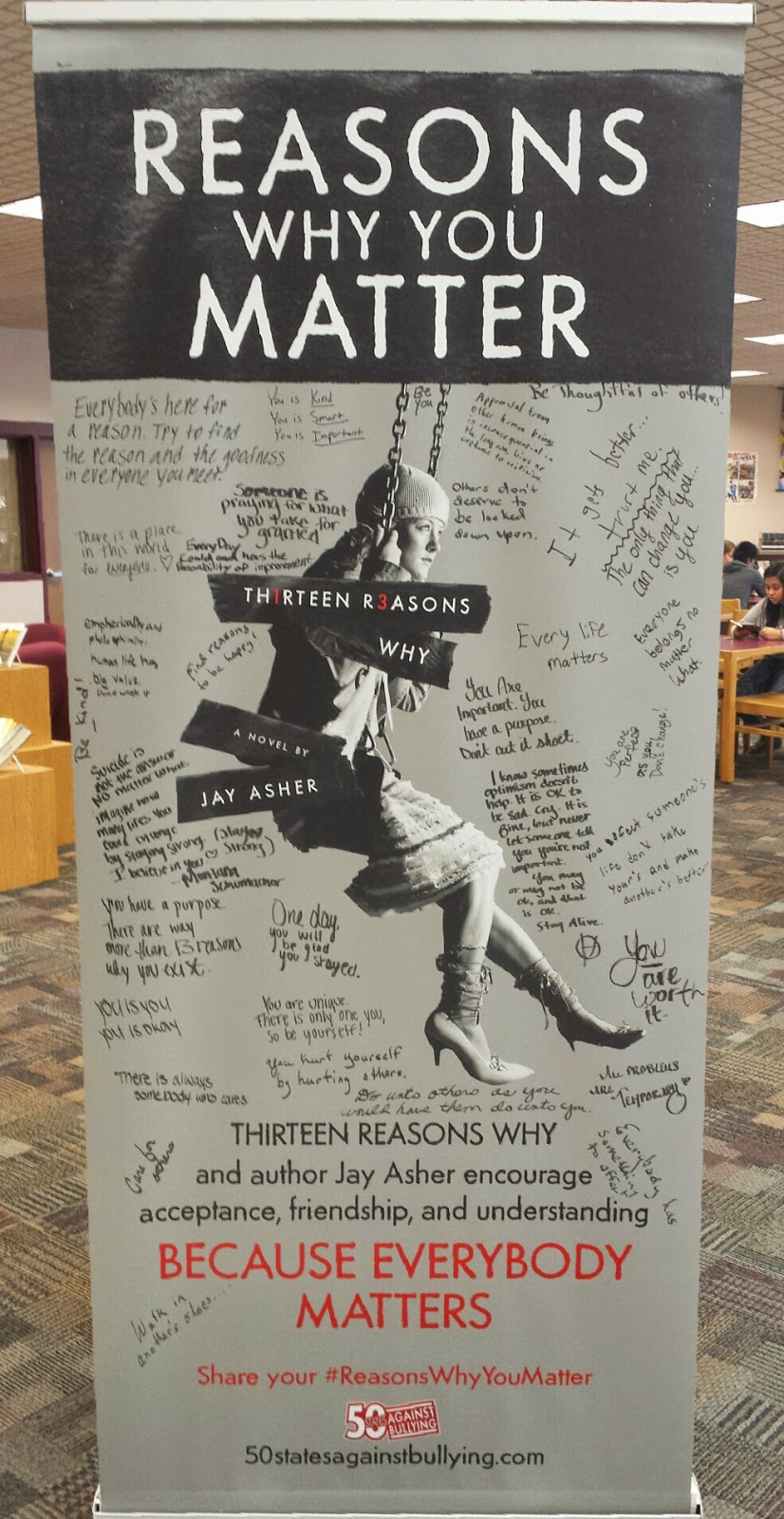 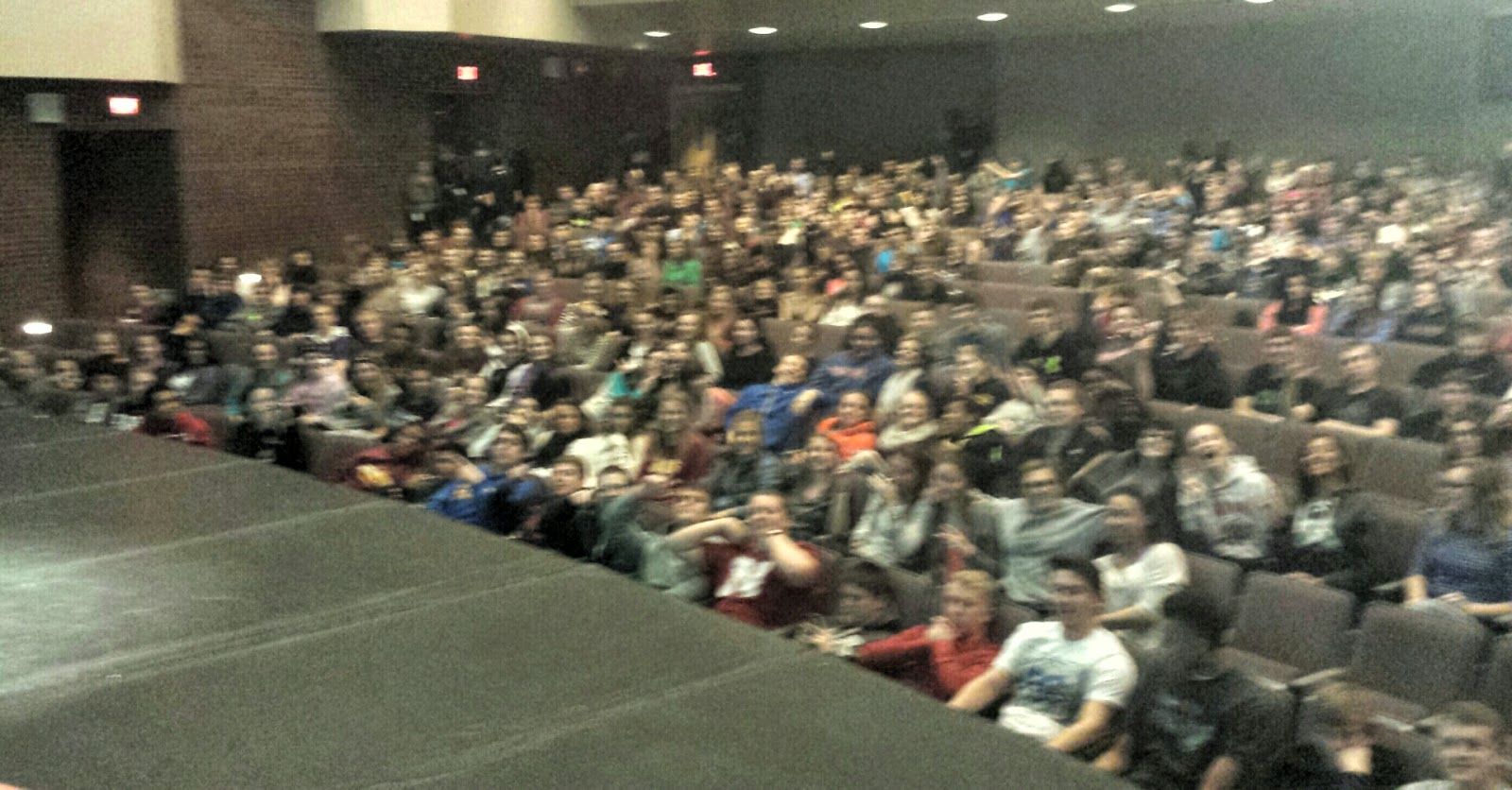 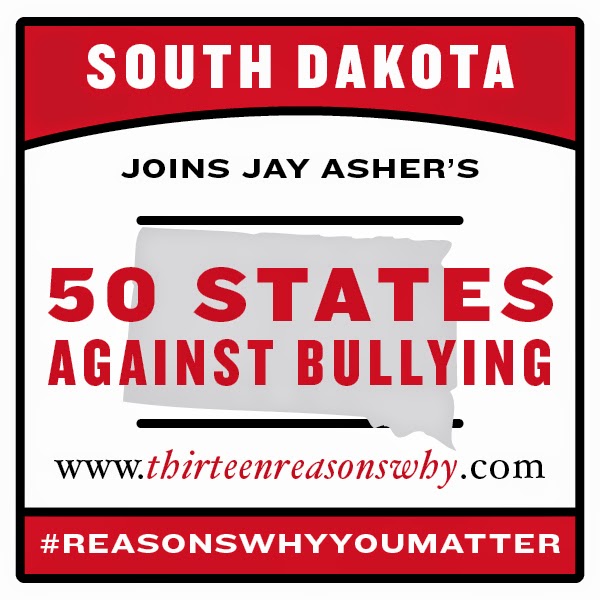 And tomorrow, I fly to Idaho.

Wow, that was an interesting journey! What did you think of the snow and the cold? Betcha it really made you miss California! :D

Are you slated to come to NJ?

Idaho is excited to welcome you, Jay Asher! Expect to see 250 smiling high school faces tomorrow, and much warmer weather. Bring your umbrella. :)