I flew from Casper, Wyoming to the Denver, Colorado airport where I switched planes. There was a long line ahead of us, but it still looked like the rest of the trip would be smooth sailing (or, flying). 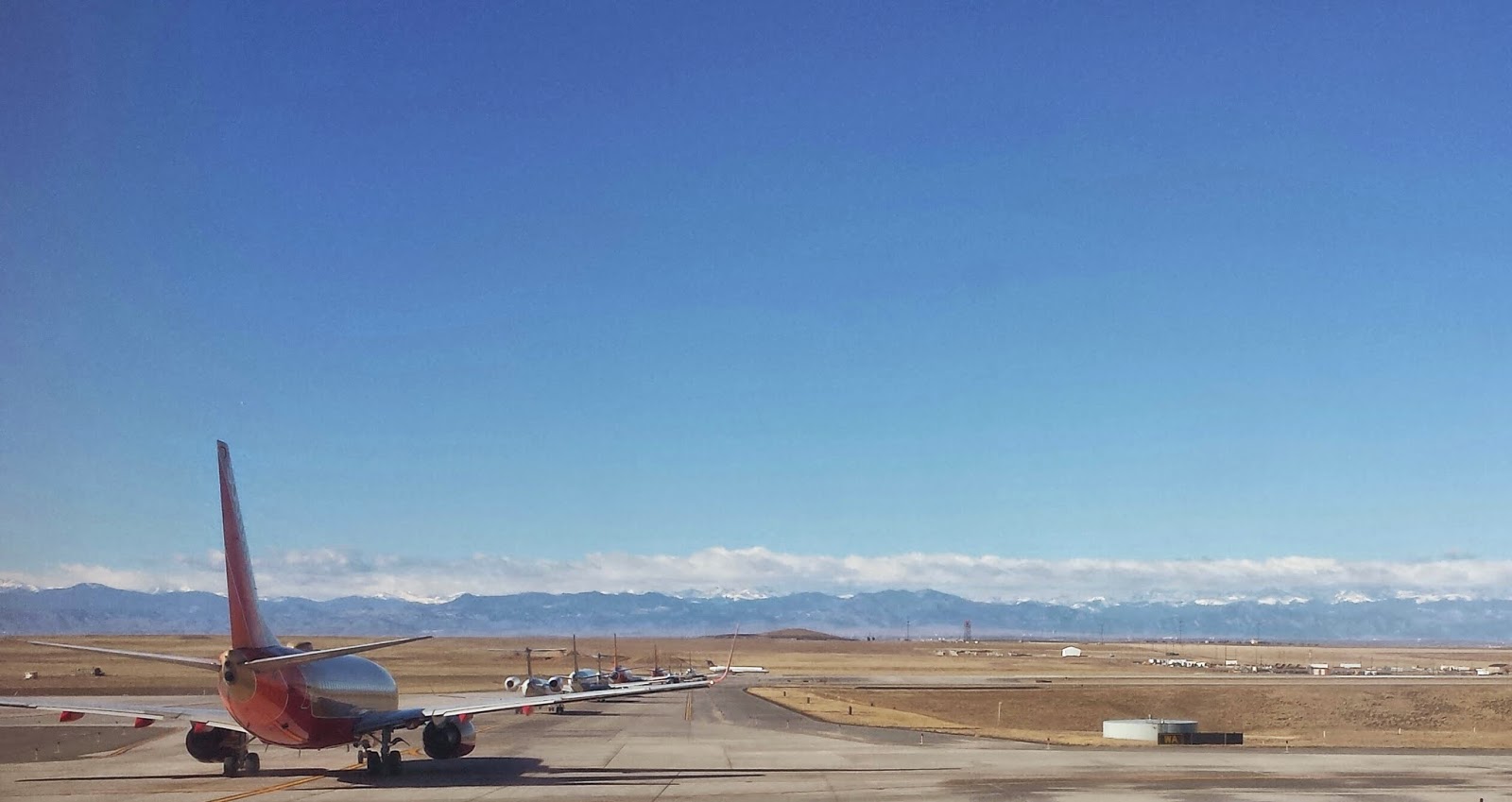 But on the east coast, where I was heading, they were bracing for a storm. And while descending into thick clouds at my destination, with no visibility, the plane quickly jerked upwards again. As the pilot later told us over the intercom, we got "a little too close to another plane." How close? I don't know. But when the pilot says too close, I believe him.

So we circled around and landed just fine. Then I drove two hours to Connecticut because I would be speaking at Watertown High School the next day. As I watched the Grammys in my hotel room, the ticker at the bottom of the screen scrolled through more and more schools that would be closing for a Snow Day. But not Watertown, right? It seemed like every school around Watertown was closing, even the Watertown Parks and Recreation was closing, but not the high school. Fingerscrossedfingerscrossedfingerscrossed...

I was grateful that the high school librarian and two English teachers responsible for my visit asked me to breakfast, so at least I got to spend some quality time with wonderful Connecticutians(?) during my short visit to the state. 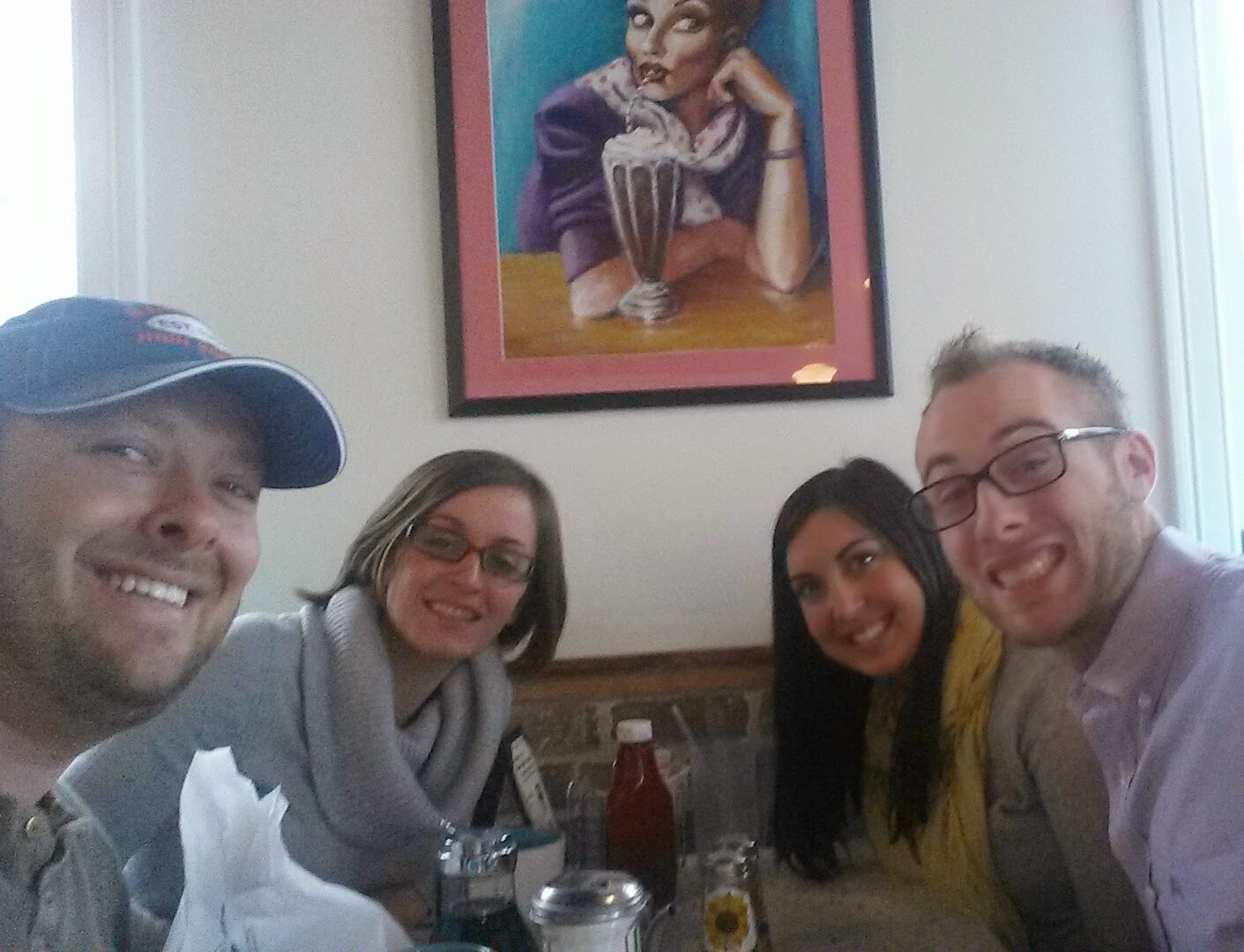 I can't wait to come back to add their state to my list, and return dates are being tossed around as we speak. Or, as you read this. Whatever! Either way, after breakfast, I followed them in my rental car to the home of Rob Zombie! Rob Zombie lives here? Awesome! As I drove, I kept thinking of what I could say to persuade Mr. Zombie to let me come in and check out his house and maybe sit down for a cup of coffee. Maybe he was a fan! And if not, maybe he'd have pity on an author who flew all the way out to his beautiful town to speak to his fellow citizens and...

As I was mid-brainstorm, the teachers in the car ahead of me slowed down and rolled down their window to talk to a man clearing the driveway. Was that Rob Zombie? I couldn't tell because it was cold and he had his face covered. But the idea of Rob Zombie with a snow blower kind of terrified me! 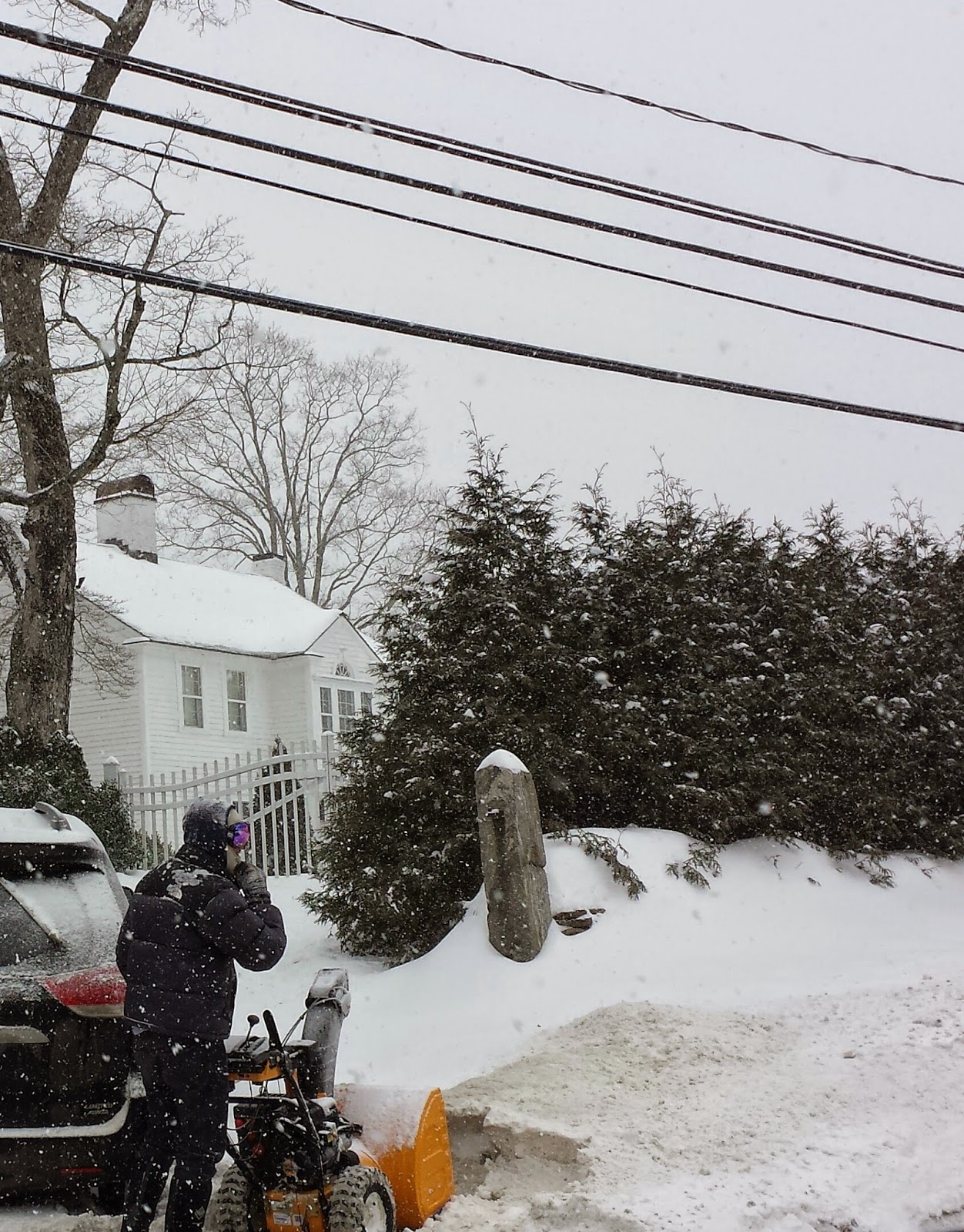 It wasn't Rob Zombie. The Zombies moved out about a month ago. But it was still a fun detour and I thanked the passengers in the car ahead of me and told them I'd see them again real soon. Then I began a three hour drive to New Jersey, which was now bumped up from the fourtieth state on my list to the thirty-ninth.

But on the way, I noticed a highway sign for Tarrytown, New York. Tarrytown? Where did I know that name from? That's where Washington Irving lived! That's where he wrote his most famous works! And if this is where Irving lived, then I knew what must be nearby! 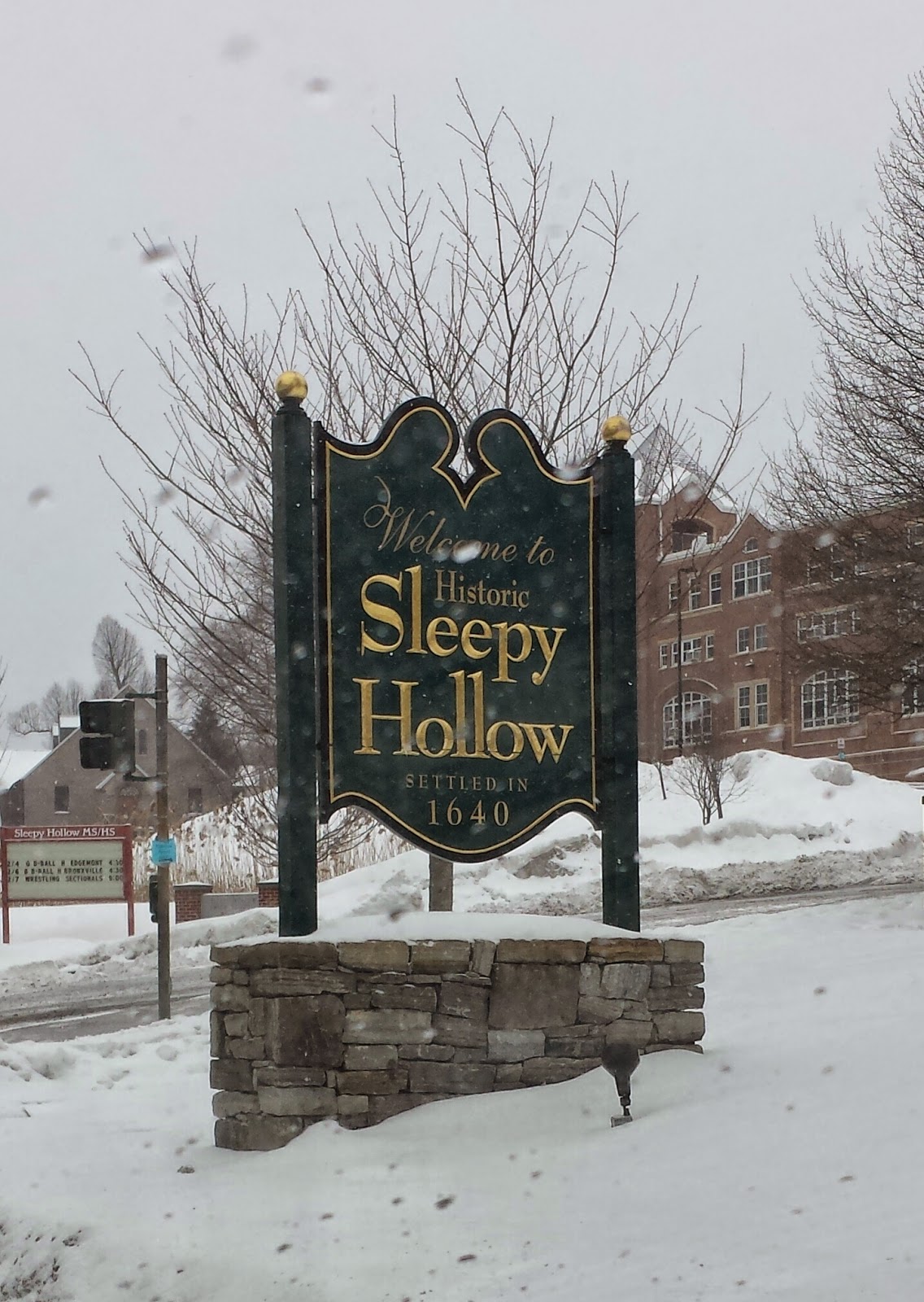 Even though a sign outside said it was open, Washington Irving's home was closed. (Let me guess... Snow Day?) But I still took a selfie from as close as I could get. And I don't need to tell you why the following location is so cool. 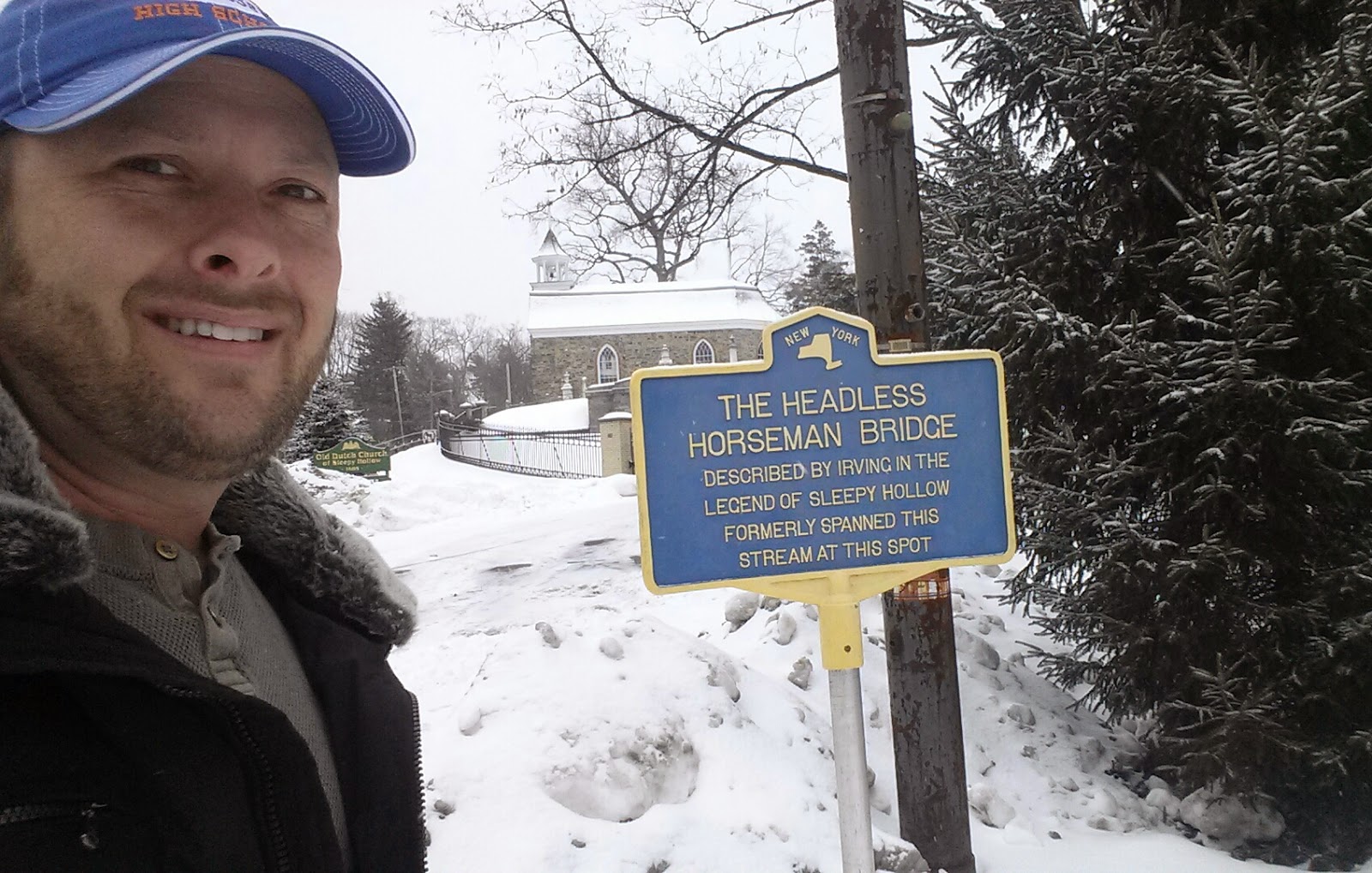 Another cool place to visit would have been Sleepy Hollow Cemetery, which is where Mr. Irving is buried, but they were closed to visitors for some reason (it has to do with the snow plow parked out front). 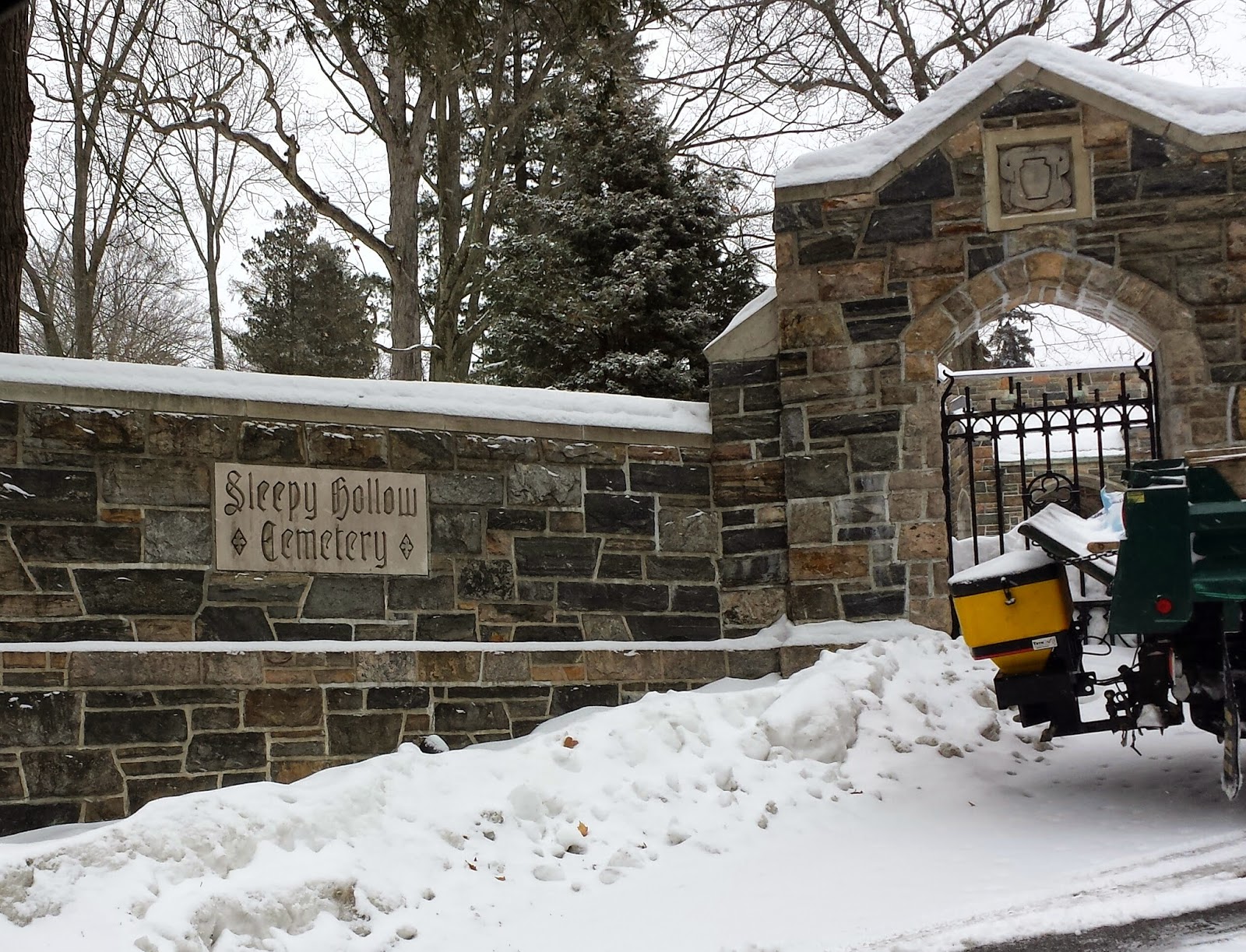 After this other cool and unexpected detour, it was time to get back on the highway, or interstate, or turnpike, or whatever they call it here. Either way, the weather was causing a lot of potholes. But I swerved around them because I'm a good driver like that. Not like the other drivers who either plowed right through the potholes or nearly spun completely around to avoid them. And then, just as I laughed at one of those spinners... 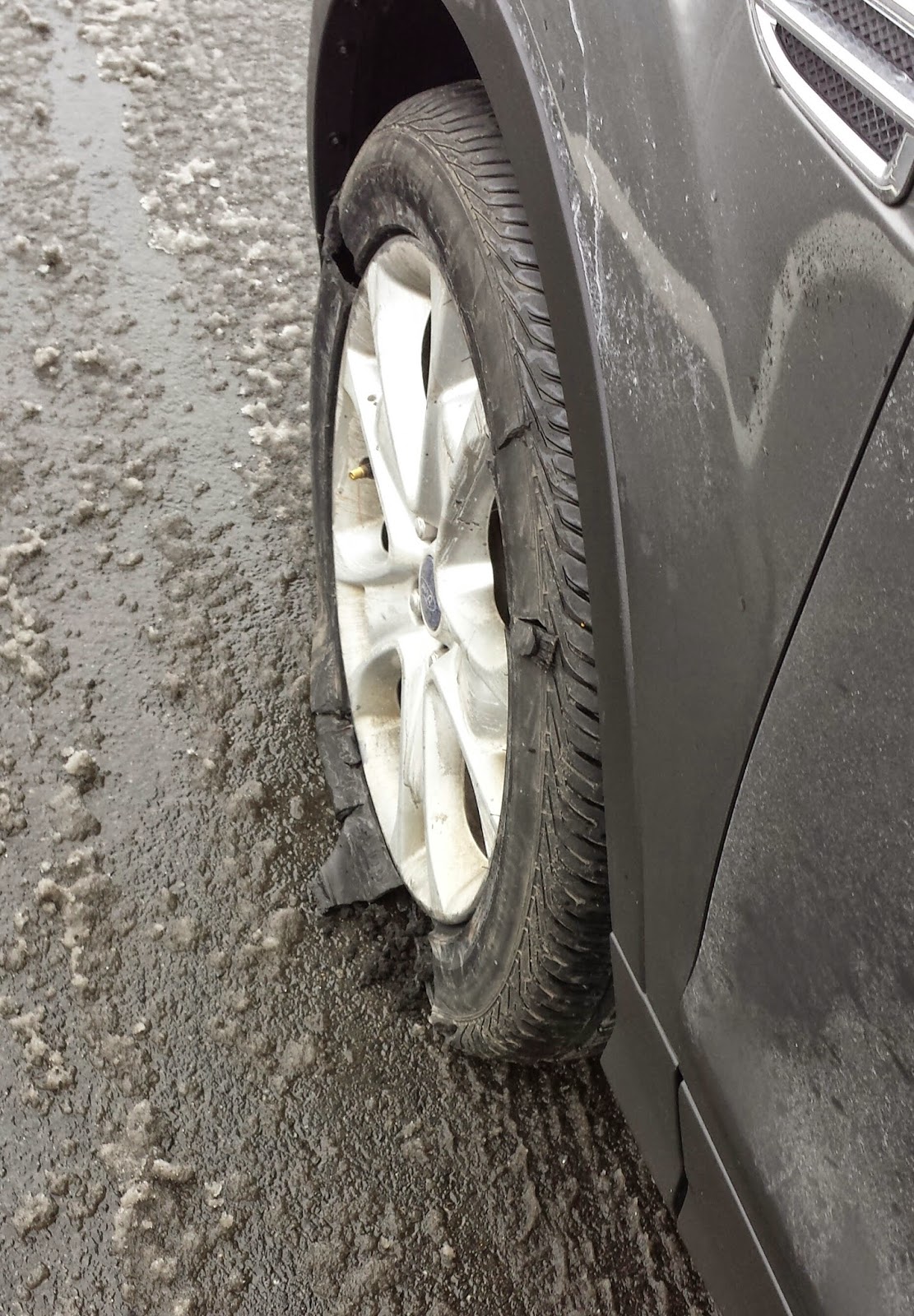 I didn't just pop a tire, I shredded it! So I sat on the side of the freeway (that's what we call them in California) as huge trucks zoomed by me on the slushy road. Eventually I got the spare tire put on the car...

Which reminds me! Did you know the thing spare tires kept in the back of the car are often called donuts? They are. And I forgot to tell you that one of the teachers from breakfast bought me two donuts, which I haven't eaten yet but am going to eat once I post this.

So...where was I going with this?

I don't know. But it doesn't matter. I made it to my hotel in New Jersey. And that, if all goes as planned, is where I will speak on Tuesday.

Connecticut, I'll be back. And when I do speak at Watertown High School, then I'll flip this badge over. 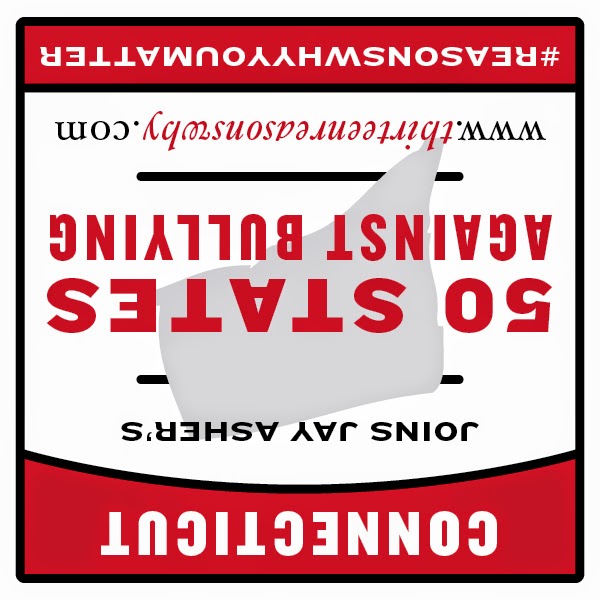